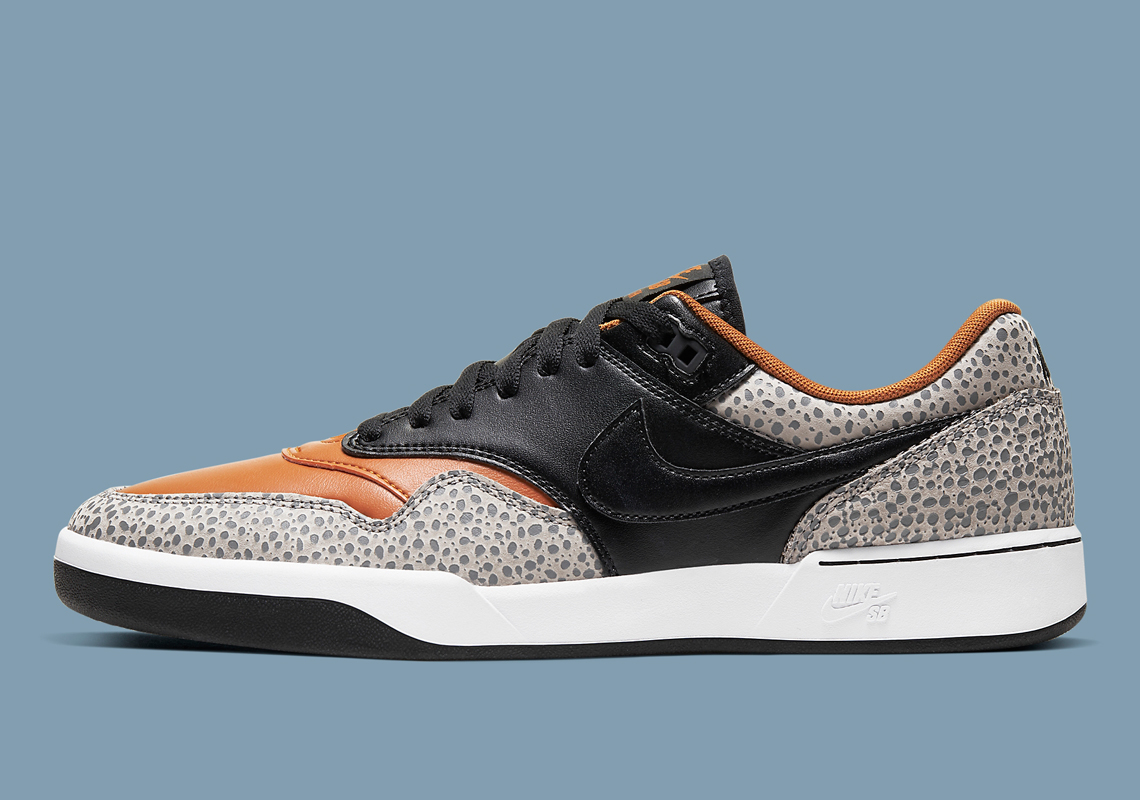 The Nike SB GTS Pays Homage To The Timeless “Safari”

When Tinker Hatfield set out to design the Nike Air Safari around 1987, he may not have been aware that animal-print on sneakers would be one of those things that would differentiate Nike from the competition. While the Swoosh has made great use of the elephant-inspired pattern that debuted on the Air Jordan 3 in ’88, it’s use of the “Safari” print – seen here on the SB GTS Return – has been sparse. Though reminiscent of the collaborative Air Max 1 by atmos from 2003, this skateboarding pair is a much more faithful homage to the original Air Safari from ’87 given that its midfoot construction – swooshes included – opts for black leather. “Chestnut” tones take over the toe box and collar, while also appearing on tongue branding. Everything else remaining on the SB model’s upper half dons the exotic, dotted scheme in a two-tone grey. As this is a performance-skateboarding shoe, white midsoles feature black cup-shaped grip except for on the heel, which favors linear traction.

Grab a closer look at this faithful tribute to the Air Safari below and keep it locked here as full release details roll out. 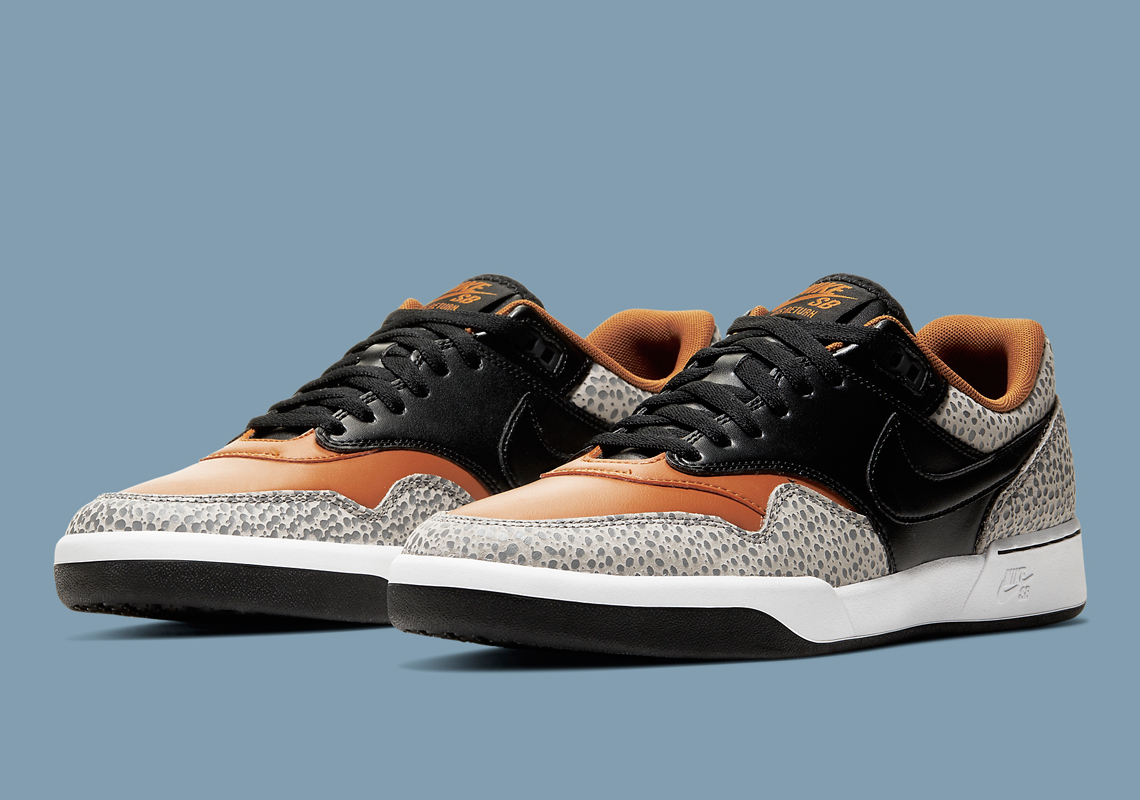 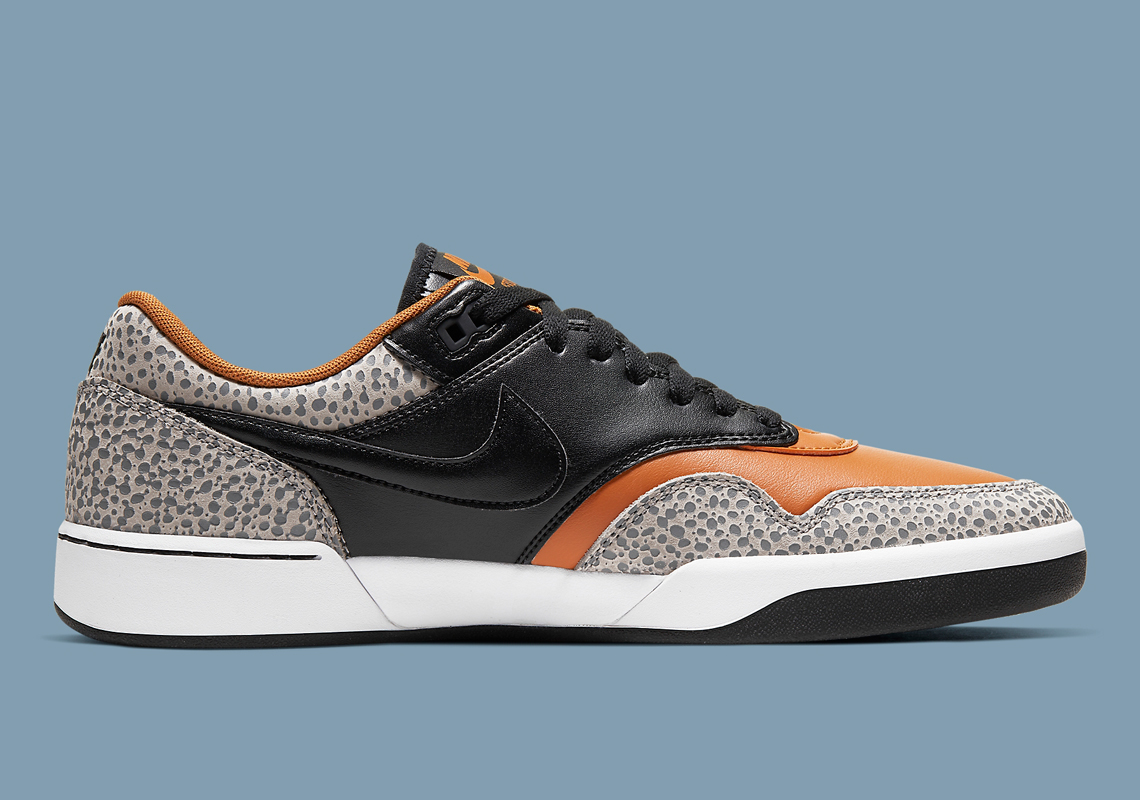 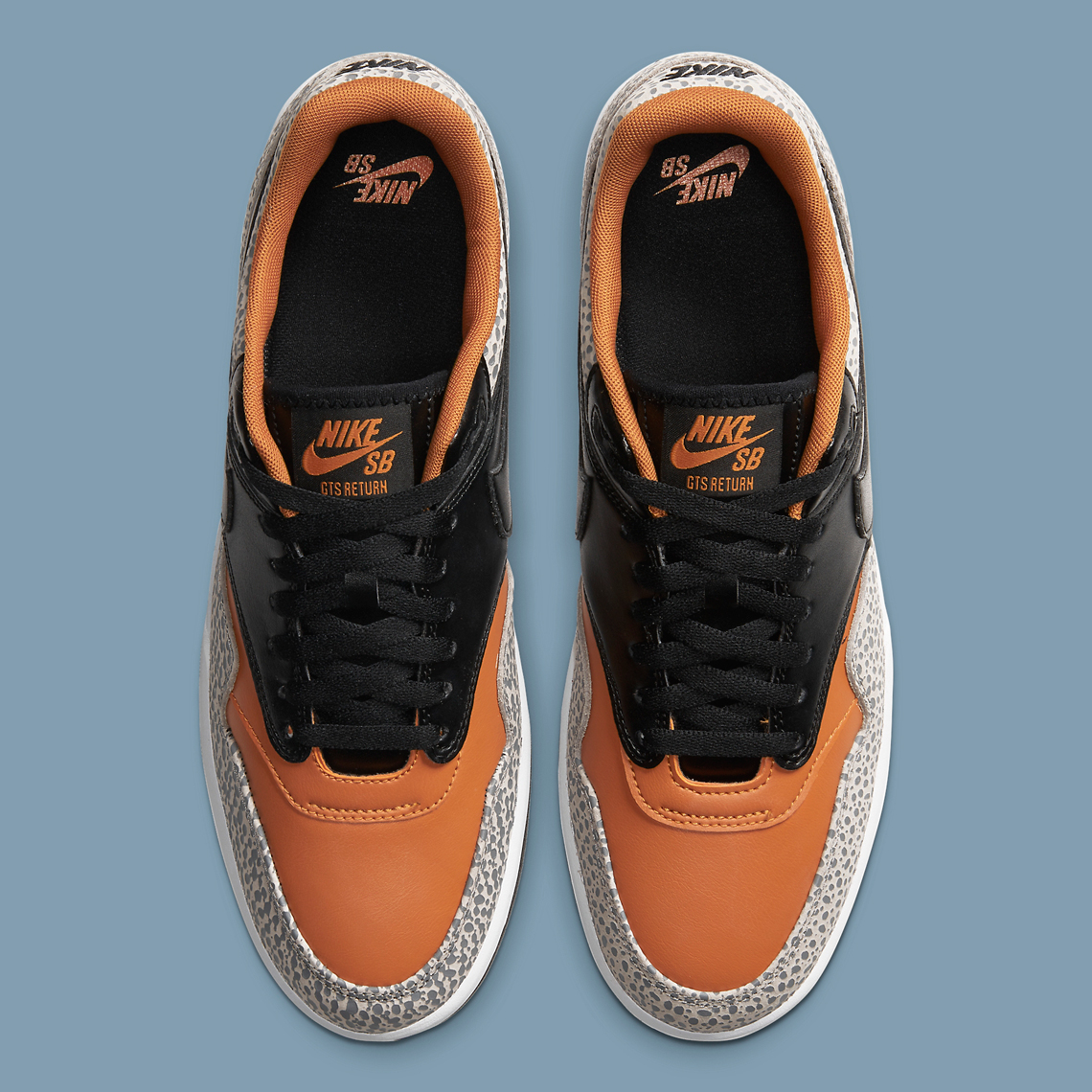 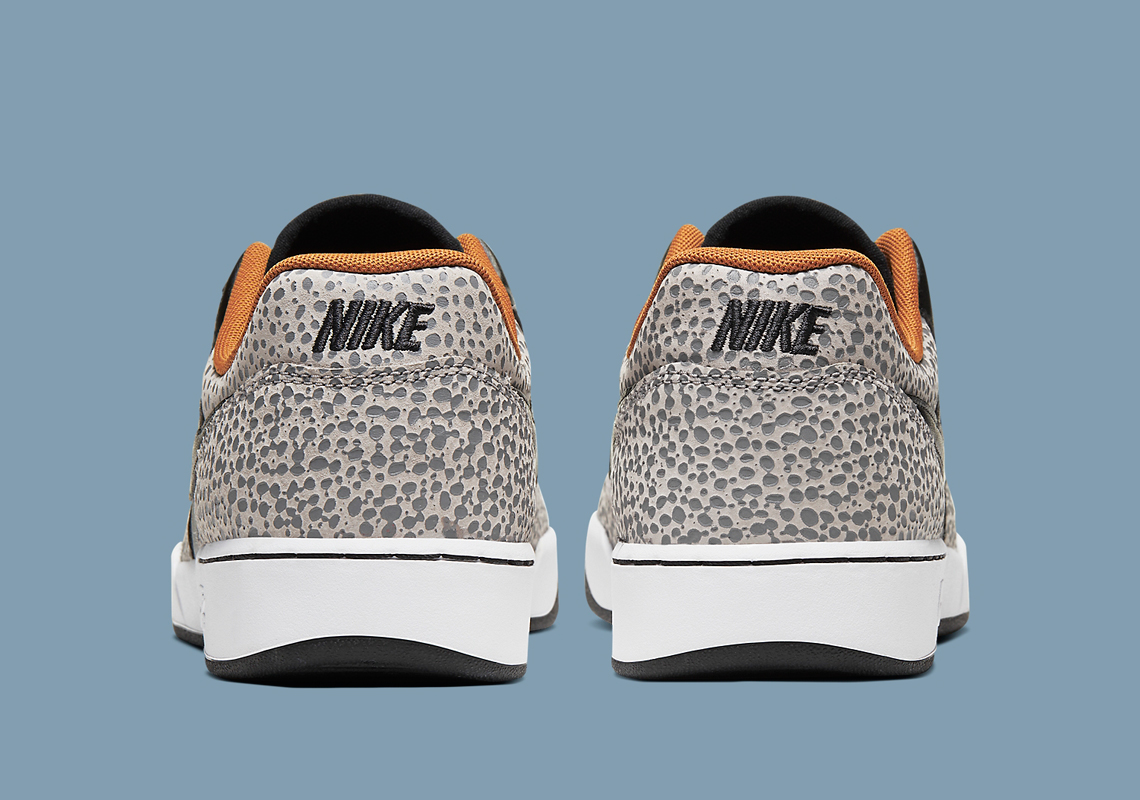 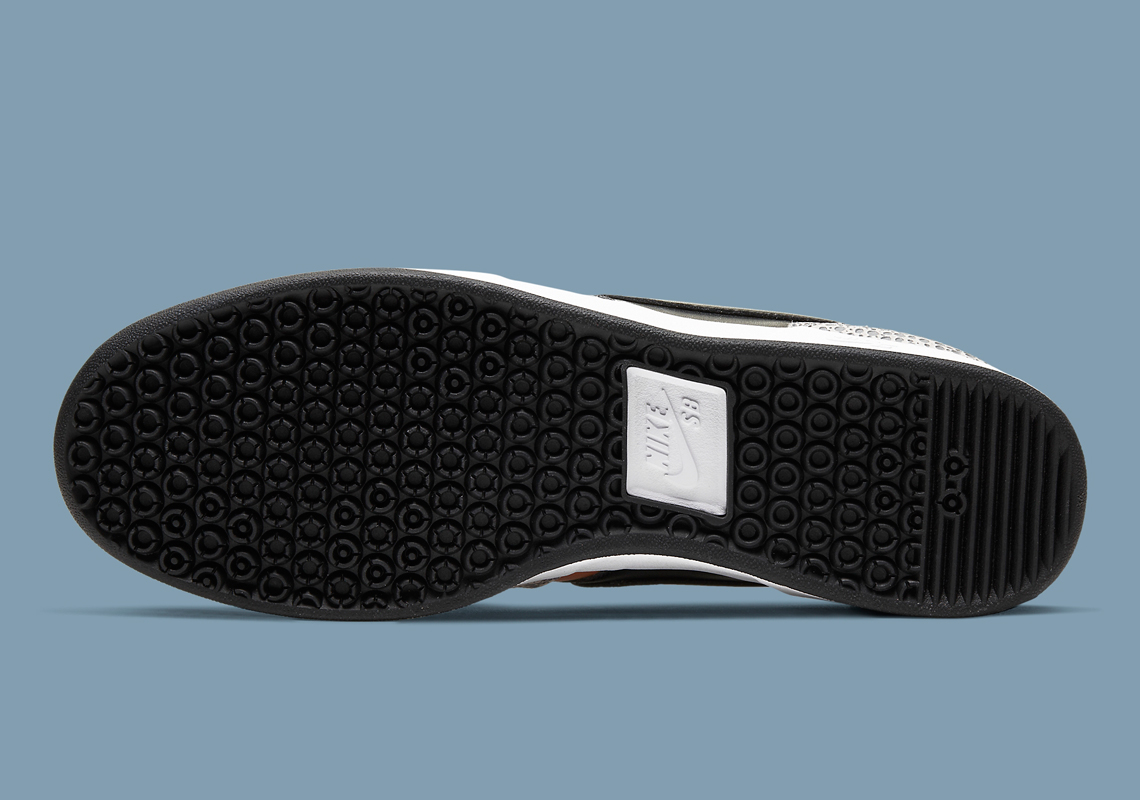