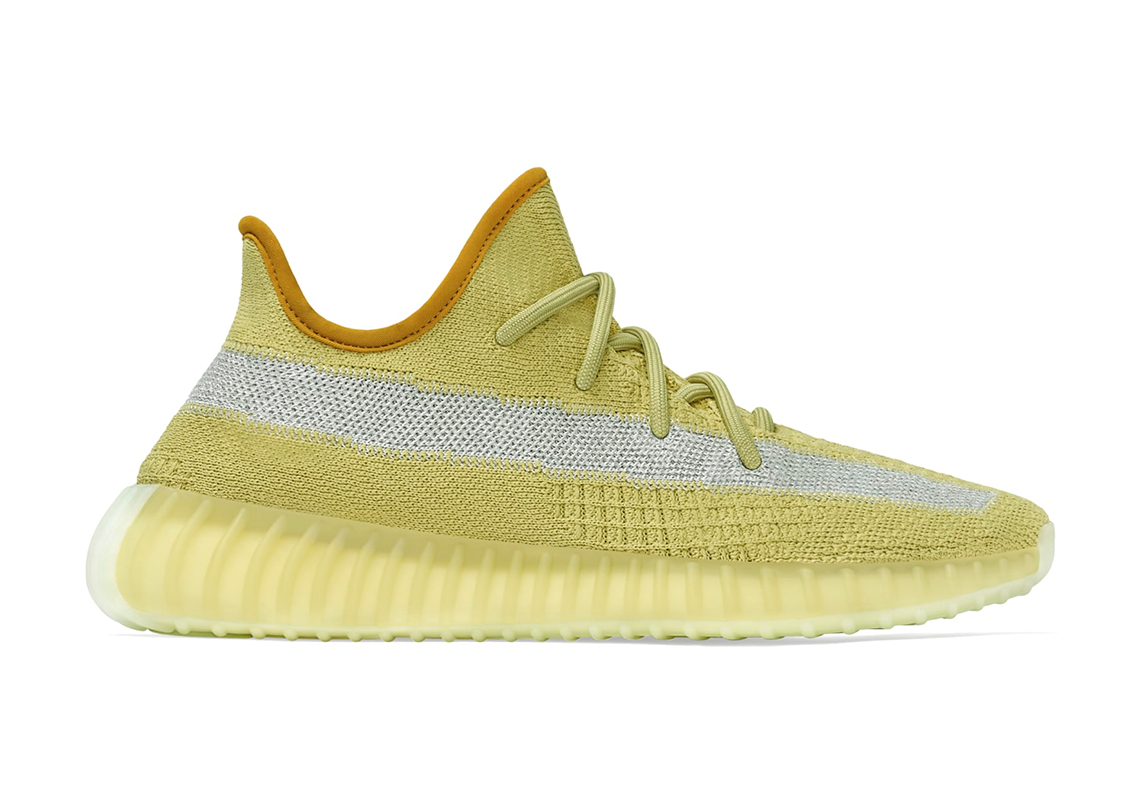 2020 has brought with it a roller coaster of changes, with brands ostensibly operating far different than last year would have you expect. adidas Yeezy, just as Nike/Jordan has done on a global scale, seems to be dialing back their roll-out, only allowing their starring Yeezy Boost 350 v2 to see a very limited run of shops. The upcoming “Marsh” colorway is unequivocally of the same sort — actually, more so — as it prepares for an exclusive Yeezy Supply release. Its design, which is actually the second colorway to release since the start of 2020, sees to some newfound trends within the silhouette’s lexicon as the soles mark with the middle stripe down its entire construction, breaking up the surrounding gum with a white accenting piece. Side stripes along the upper detail in the same fashion, even forgoing the patterns typically found on almost every prior release. Moreover, Primeknit bases dress to a sunflower shade, liners something similar though much more resemblant of a dark mustard. Grab a detailed at these yet again and expect to find them at Yeezy Supply this weekend on February 1st.