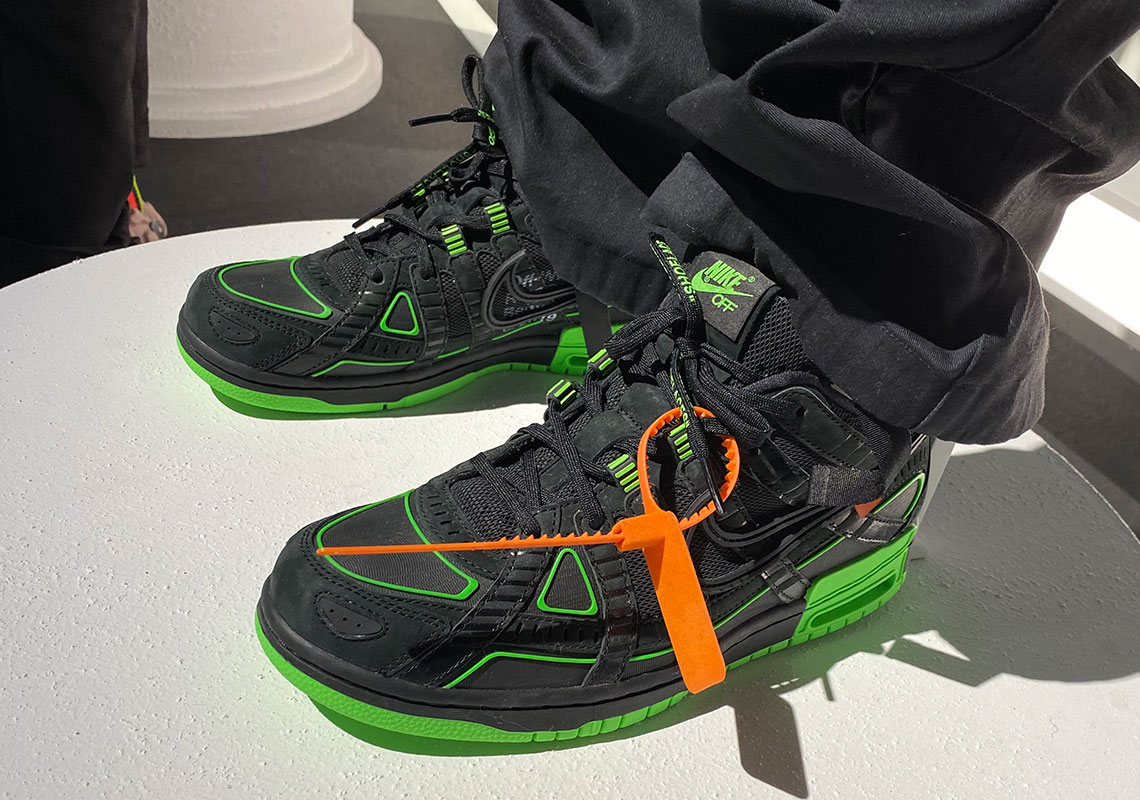 From one sporting event to another — All-Star then right on to the Tokyo Olympics — Nike has their hands quite full with their forthcoming releases, possibly fuller than they’ve ever been. But while they’re busy with the performance component, they’ve enlisted some of their top collaborators to handle the lifestyle aspect: Yoon, Jun Takahashi, Chitose Abe, MMW, and even Virgil Abloh were put on display just last night, each unveiling not just a piece of footwear but also an accompanying apparel set piece. The Off-White head, whose imagination stretches just a bit into the hybrid territory of sacai, fuses the signature Dunk sole with an upper remiscent of early 2000s runners. Dubbed — as confirmed by the designer via social media — the Rubber Dunk, the pair essentially encapsulates both running and skate into one core silhouette lensed through the ethos of the streetwear label. As such, the black and slime green palette is accented by characteristic hits of neon at the end of the swoosh and even the zip tie that dangles along the lace, further stamping with collaborative standards via the bit of text on the medial. Grab a detailed look at these right here and expect a release to make its way closer to the Tokyo Olympics come this Summer. 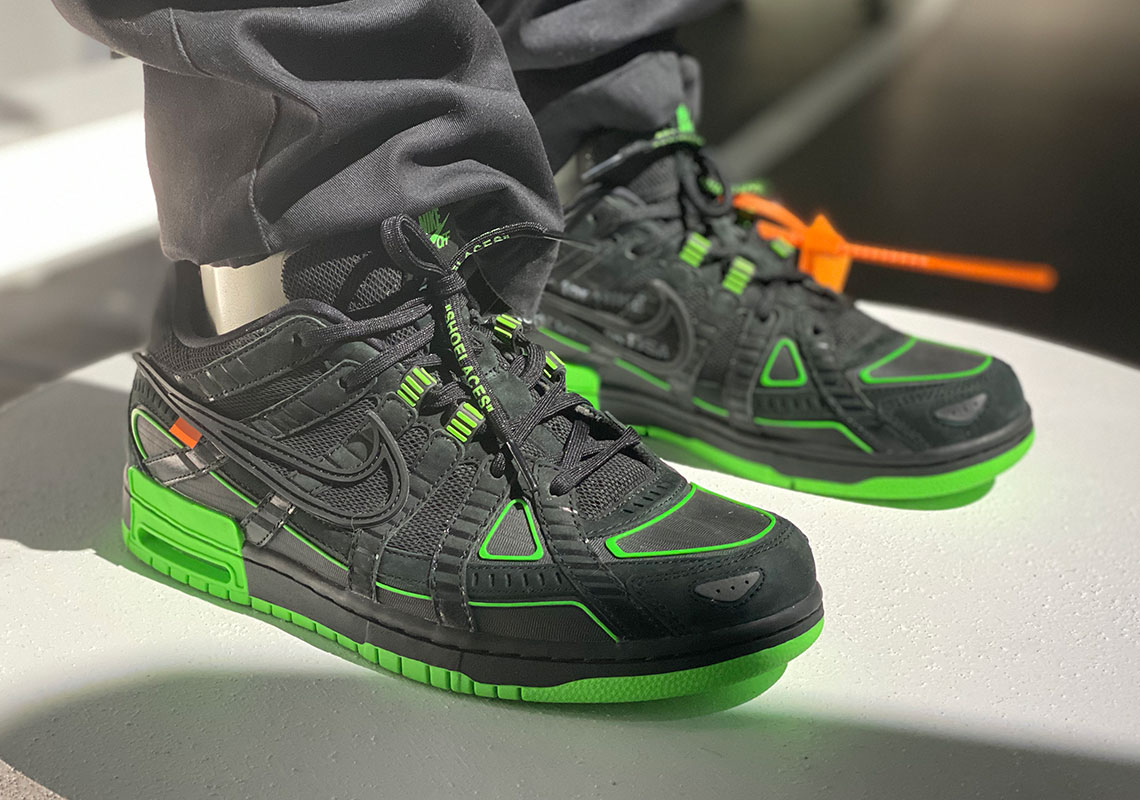