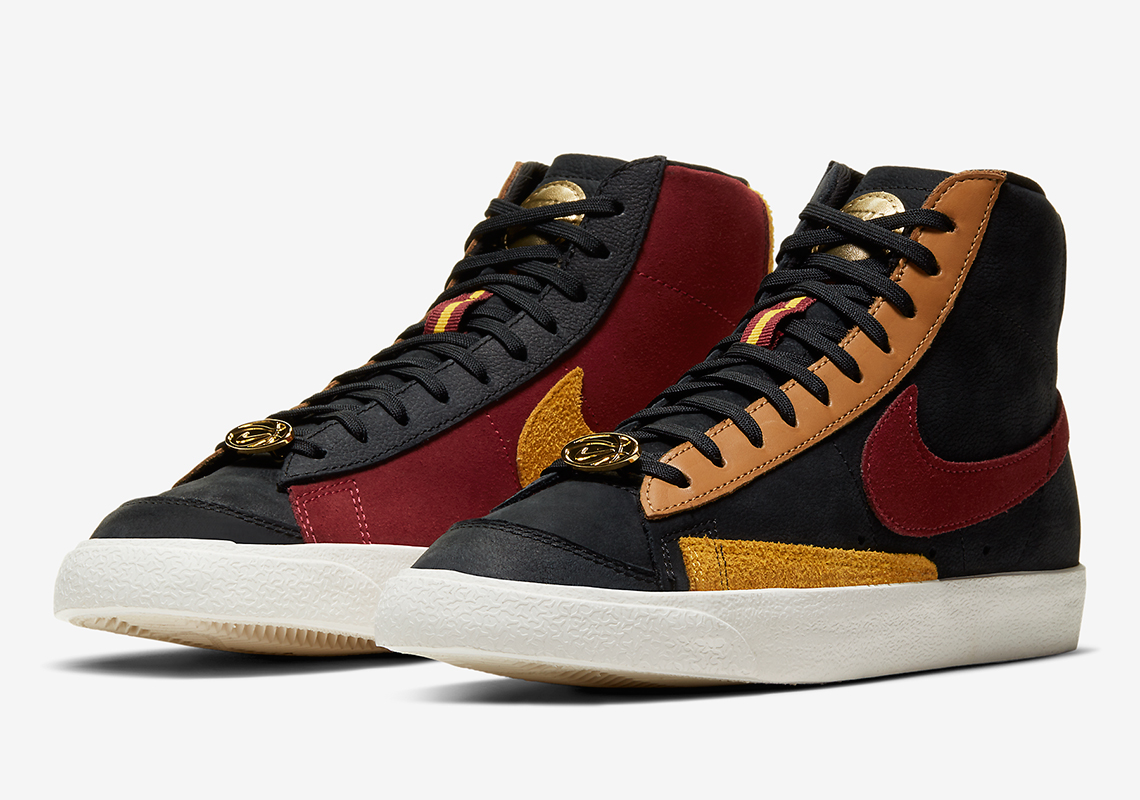 With All-Star making headway in Chicago, Nike didn’t want to stick to the overt with its references, diving deep into the sports culture of the Windy City itself. First, they dressed up Air Force 1s to celebrate the diversity of each individual neighborhood while turning the hybridized Don C collaboration into a deconstructed reference to the blue and red flag; with their women’s Blazer Mid, however, the imprint opted to task themselves with honoring local heroes, namely the legendary Dorothy Gaters who has made her name known as the Matriarch of Marshall High School. Nodding to that very school, the silhouette covers with hits of burgundy and gold, utilizing both on either the swooshes, heel tabs, and side panels in asymmetric fashion. Laterals lie dark just as the toe box in their black nubuck while the overlaid accents see to more playful disposition as switch up arrangements from lateral to medial. Moreover, even lace dubraes sit in further nod to Gaters’ efforts as it shapes to a basketball form, matching the energy of the player number “20” that hits the heel. Grab a detailed look at these right here and expect a release to hit All-Star Weekend likely at Nike.com. 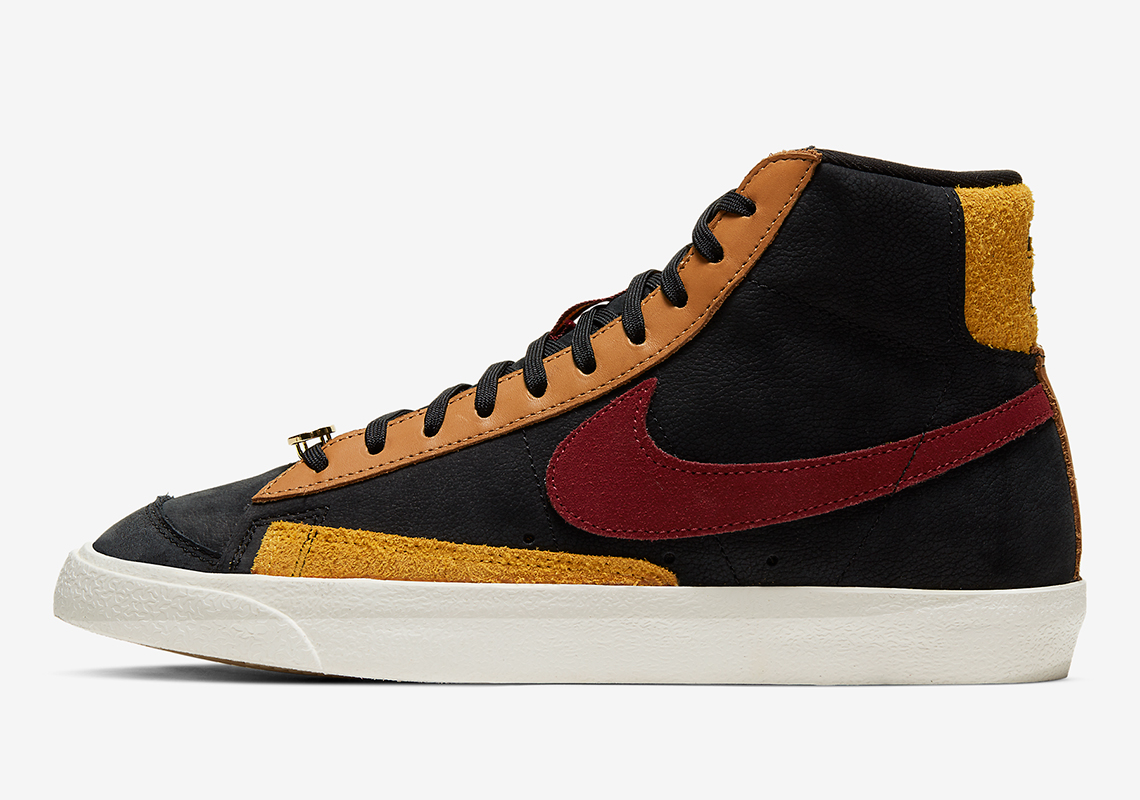 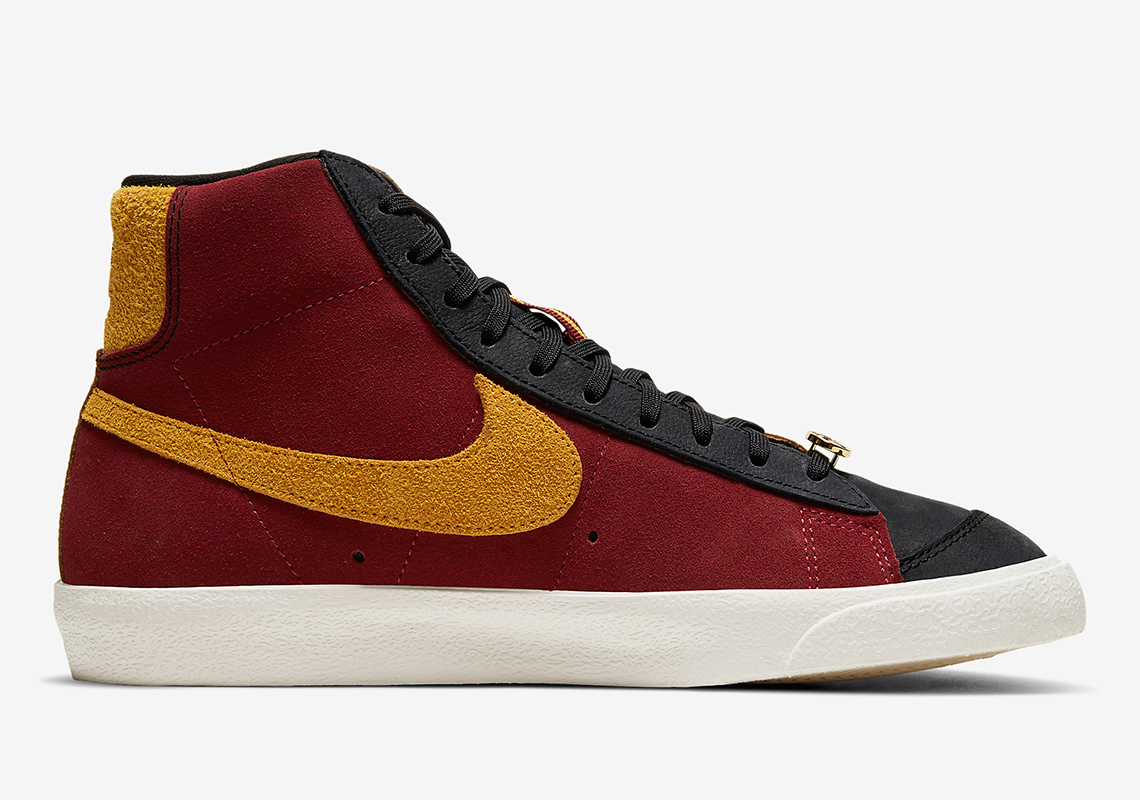 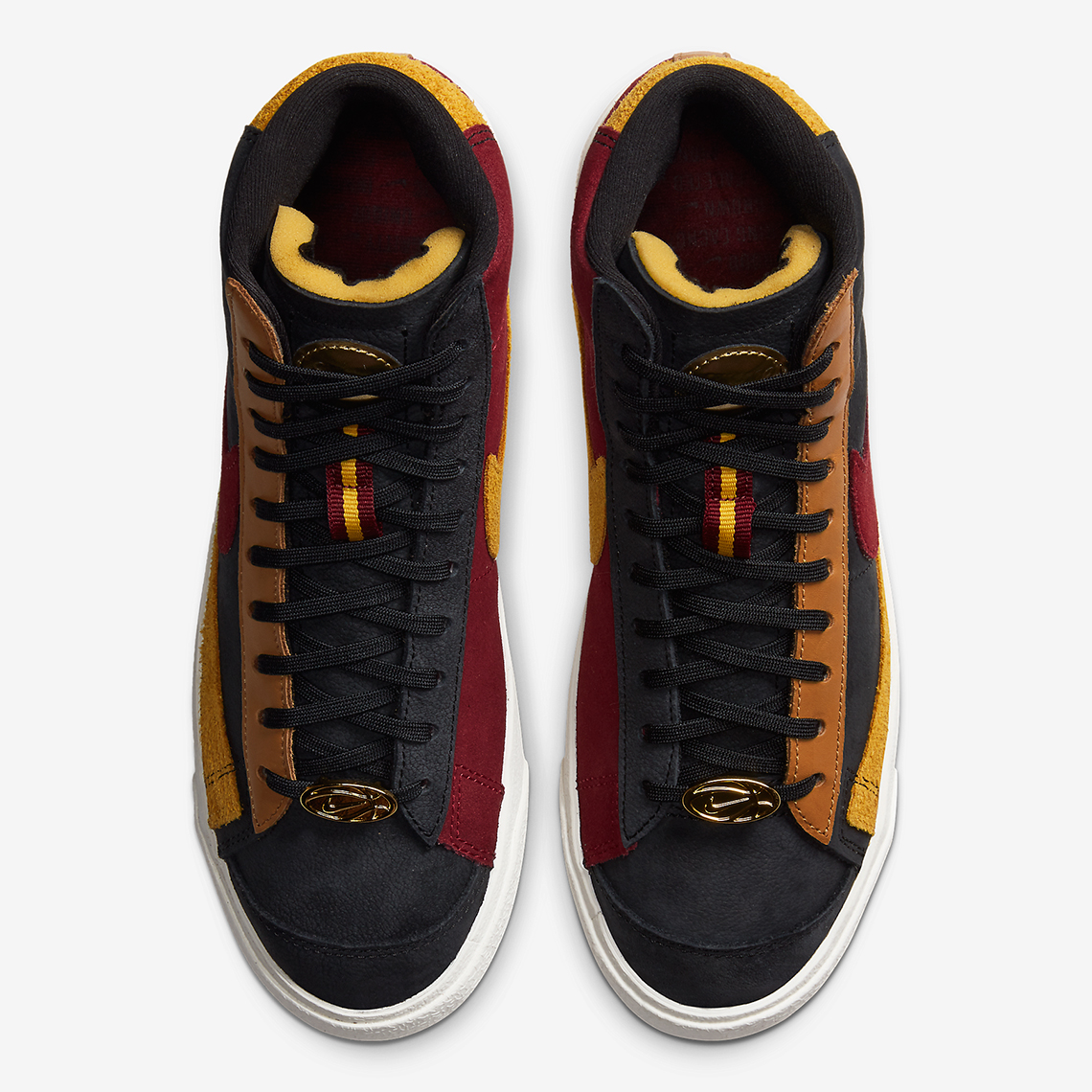 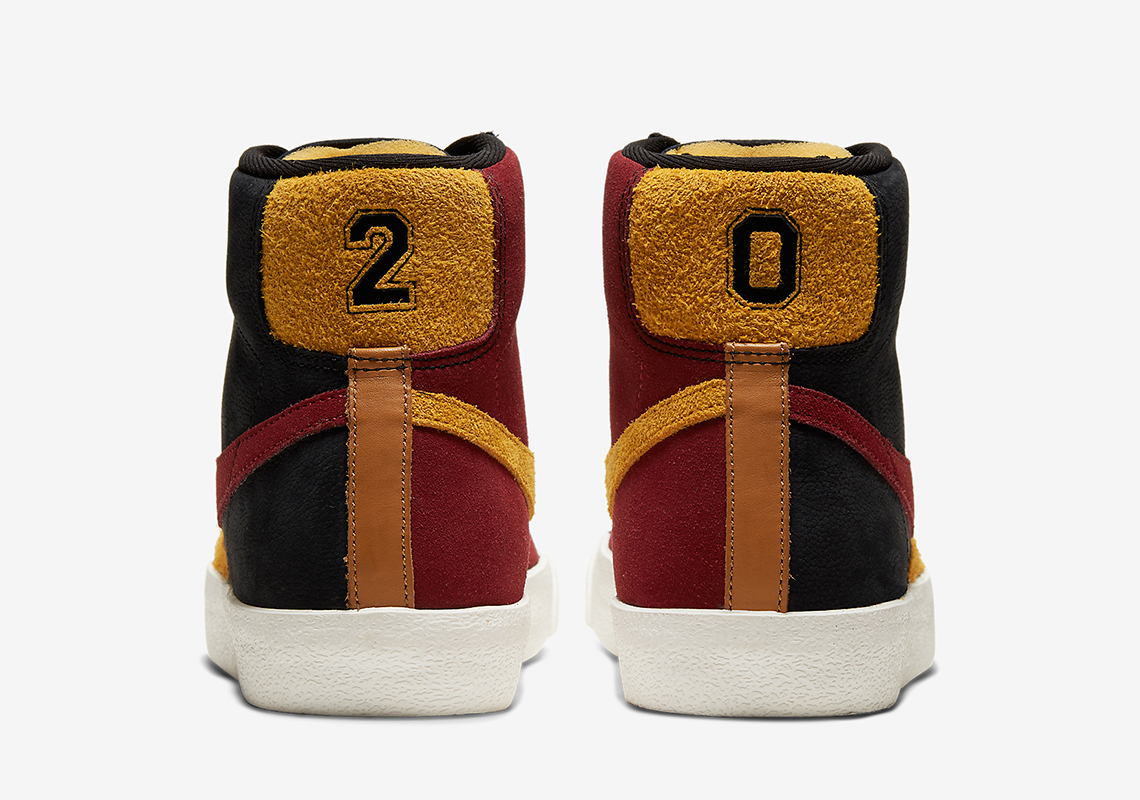 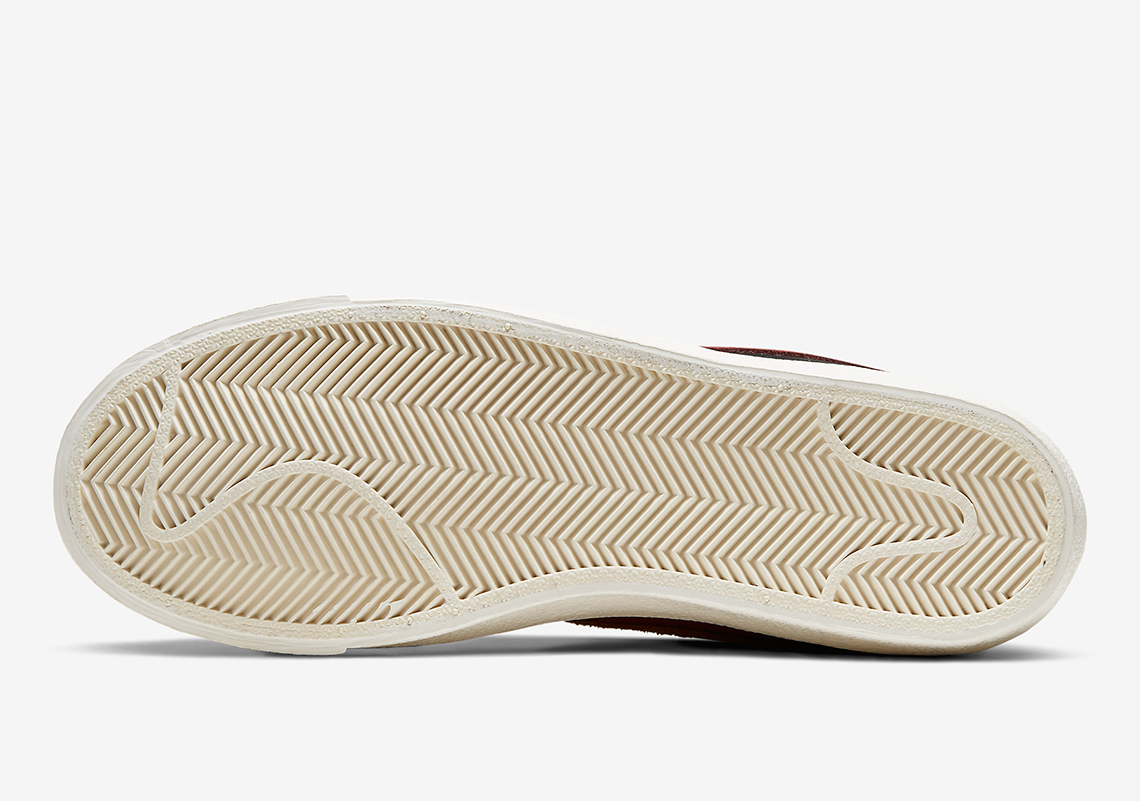