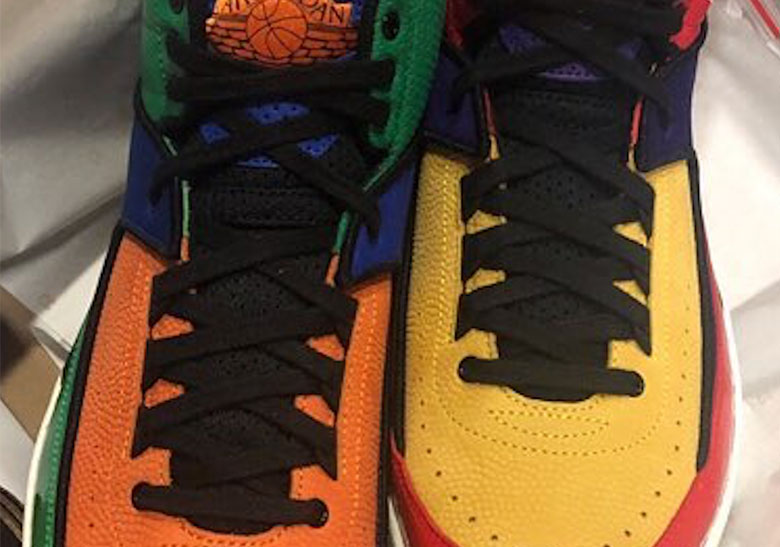 The era of the NBA that Michael Jordan hooped in featured some of the greatest players and rivalries in the history of the Association. From the battles on the floor with Larry Bird and his Celtics squad to Magic Johnson and his band of All-Star Lakers to the intense showdowns with Jon Starks and the NY Knicks, #23 surely faced off against some of the most dominant forces the league has ever witnessed, and now his footwear imprint is designing these upcoming Jordans in their honor.

This lady-exclusive offering is wildly designed with copious volumes of color that are asymmetrically split between each foot. Upgrades in materials are present through its ankle collars which feature elevated quilted leathers – a fabric element recently used on the Air Jordan 34 – on the lateral sides, and jersey mesh on the medials to echo its basketball motif. When speaking of the tones, the right foot features Boston Celtic themes nodded to through its green collars and mudguards, and portrays the hues of the Madison Square Garden home team via its mid sections. The left side ushers in heaps of vibrant reds on towards the ankle and overlays lying close to the midsole – a potential homage to the face offs against the Portland Trail Blazers’ dominant “Clyde the Glide” Drexler – as well as the mid-foot paneling which ooze of Laker allure. For lady Jumpman fans looking to grab a pair, they will be dropping on March 5th at select retailers for $190. Don’t forget to check our Jordan Release Dates page for the latest. 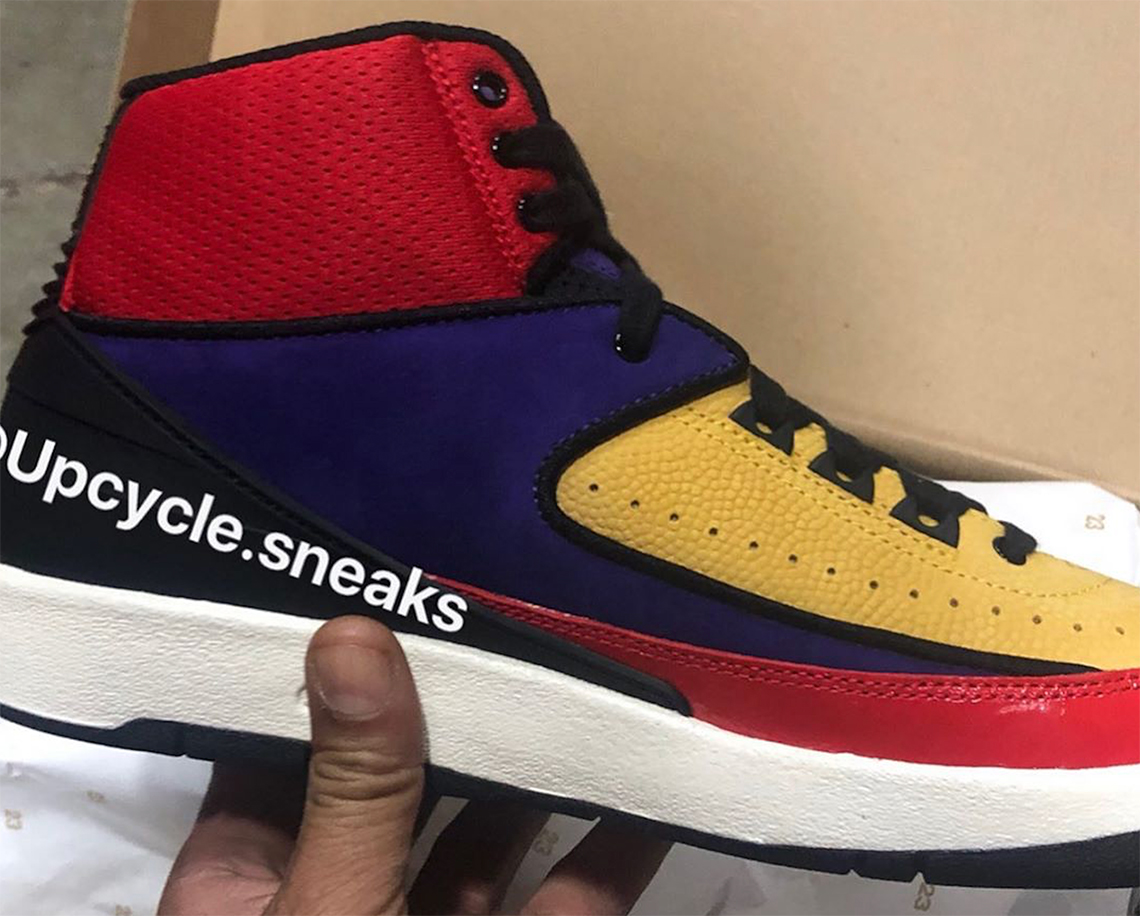 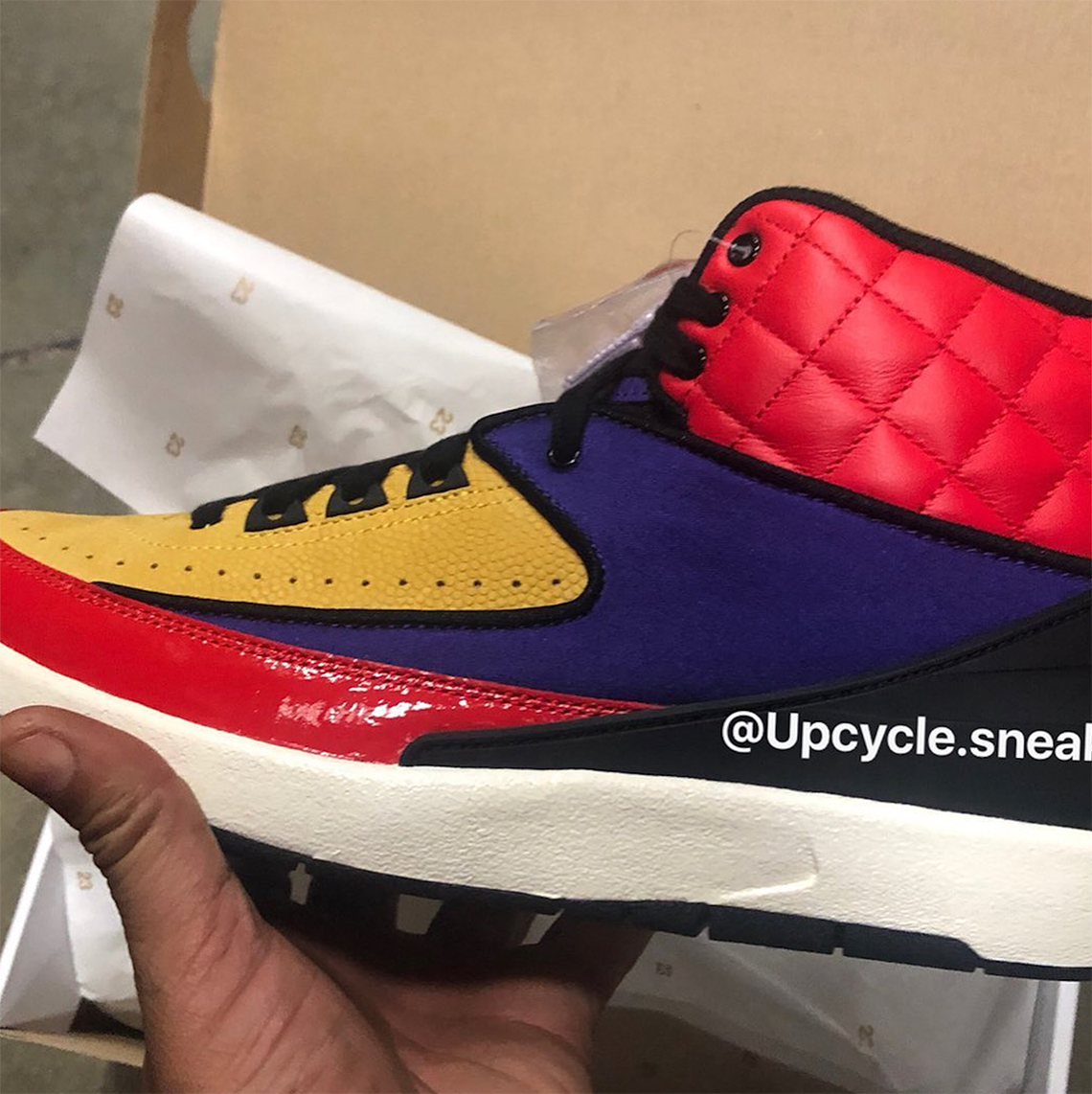 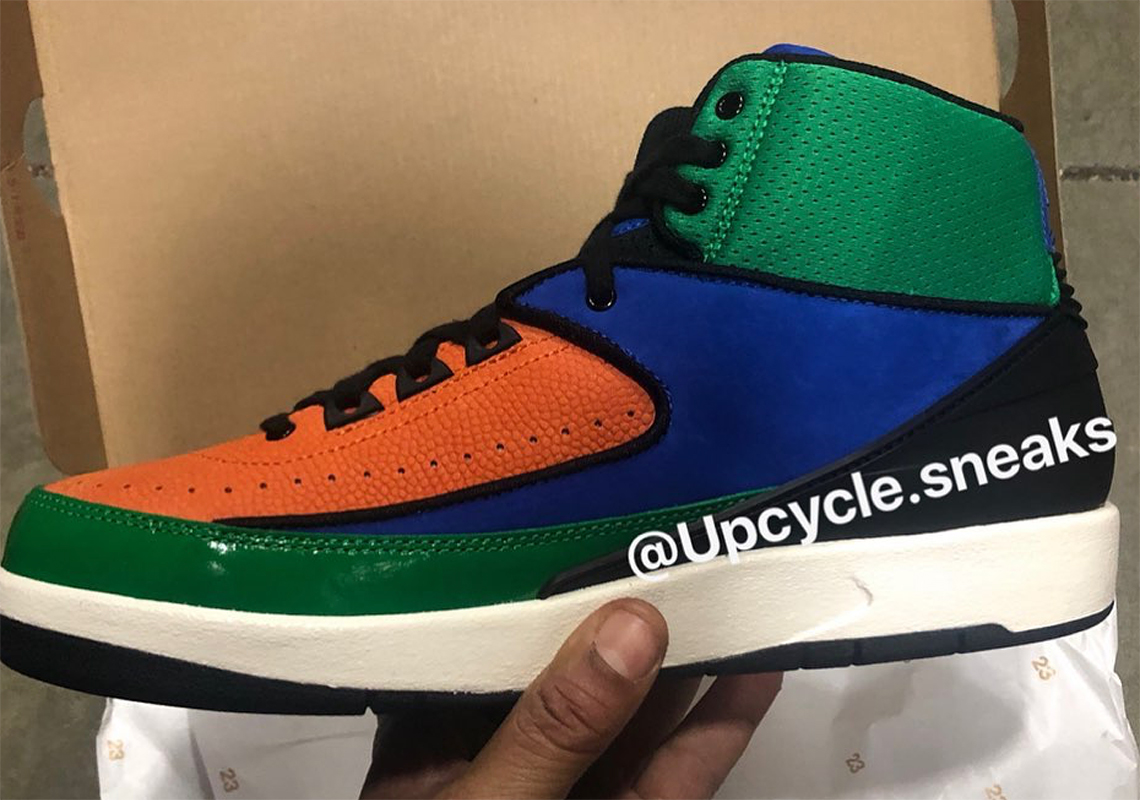 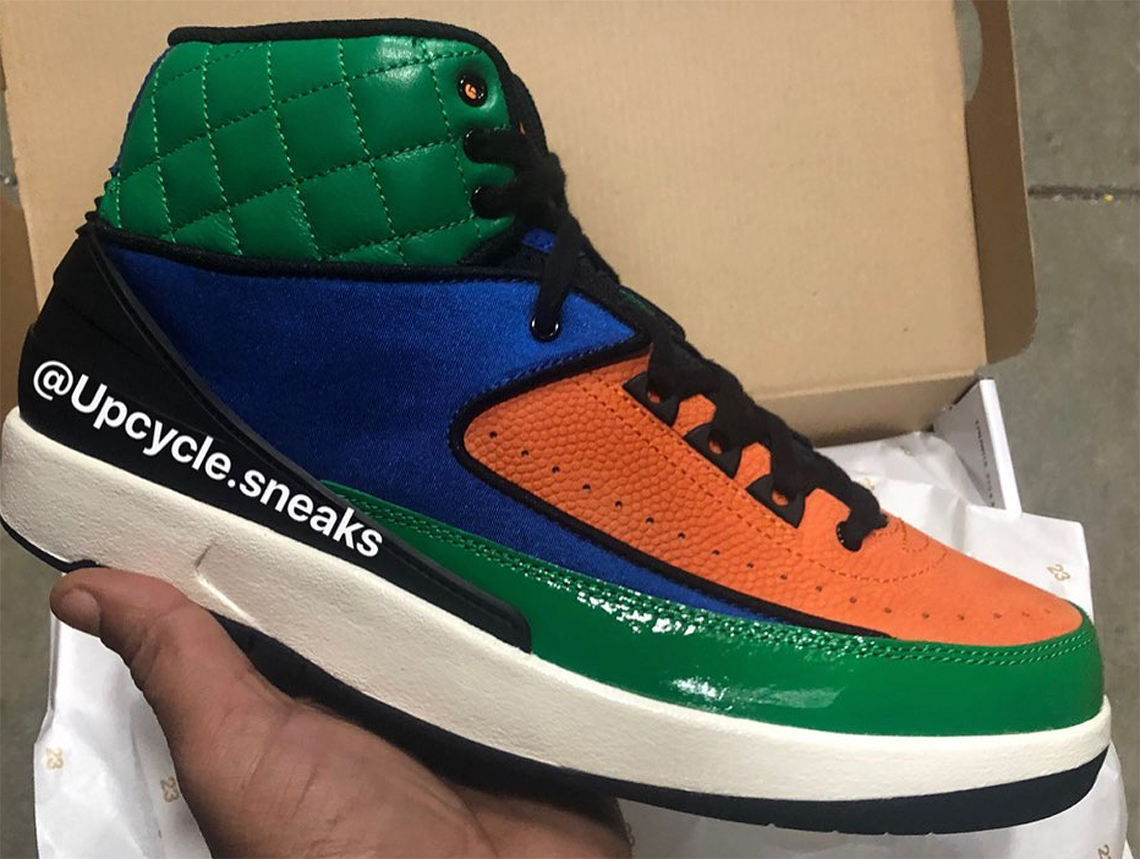 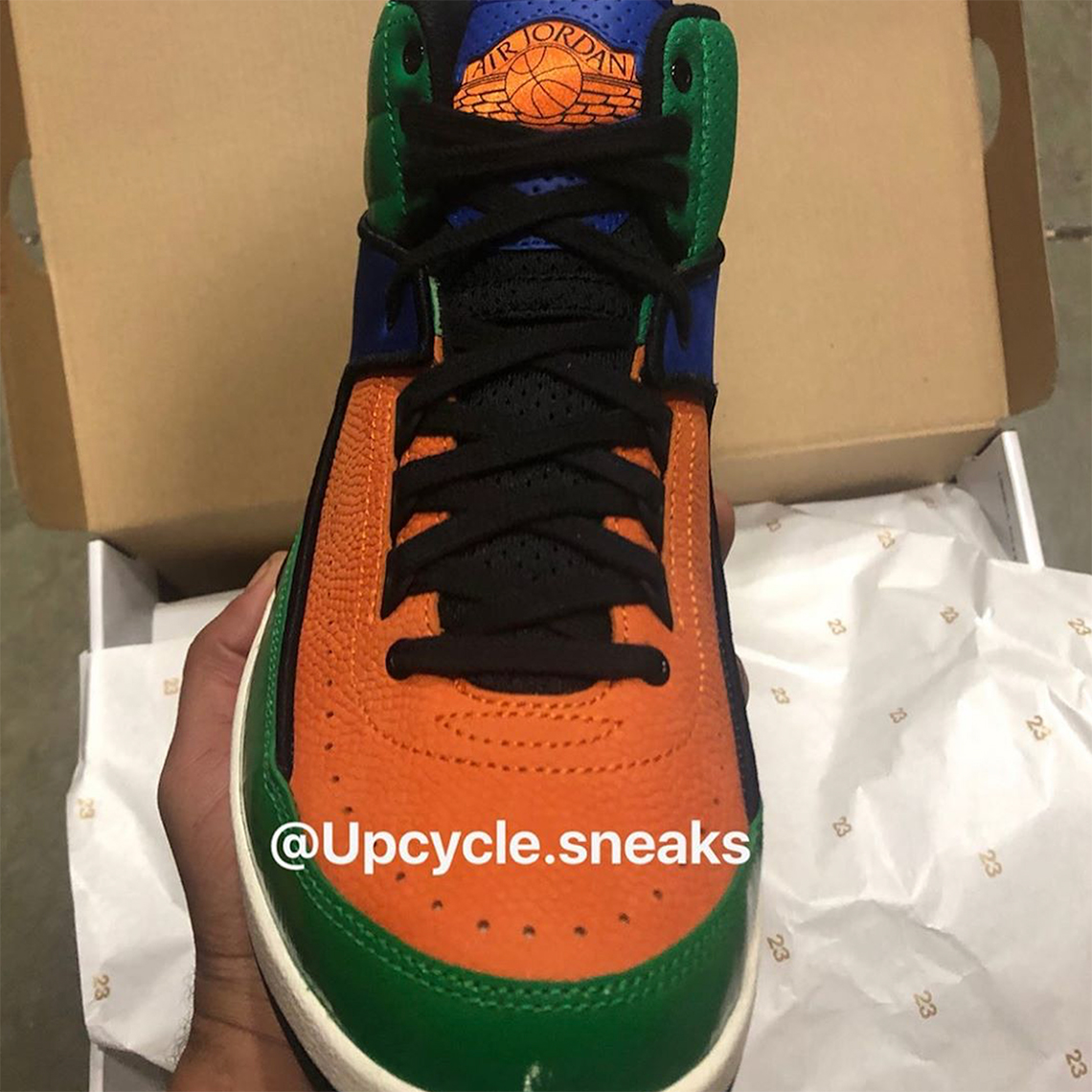 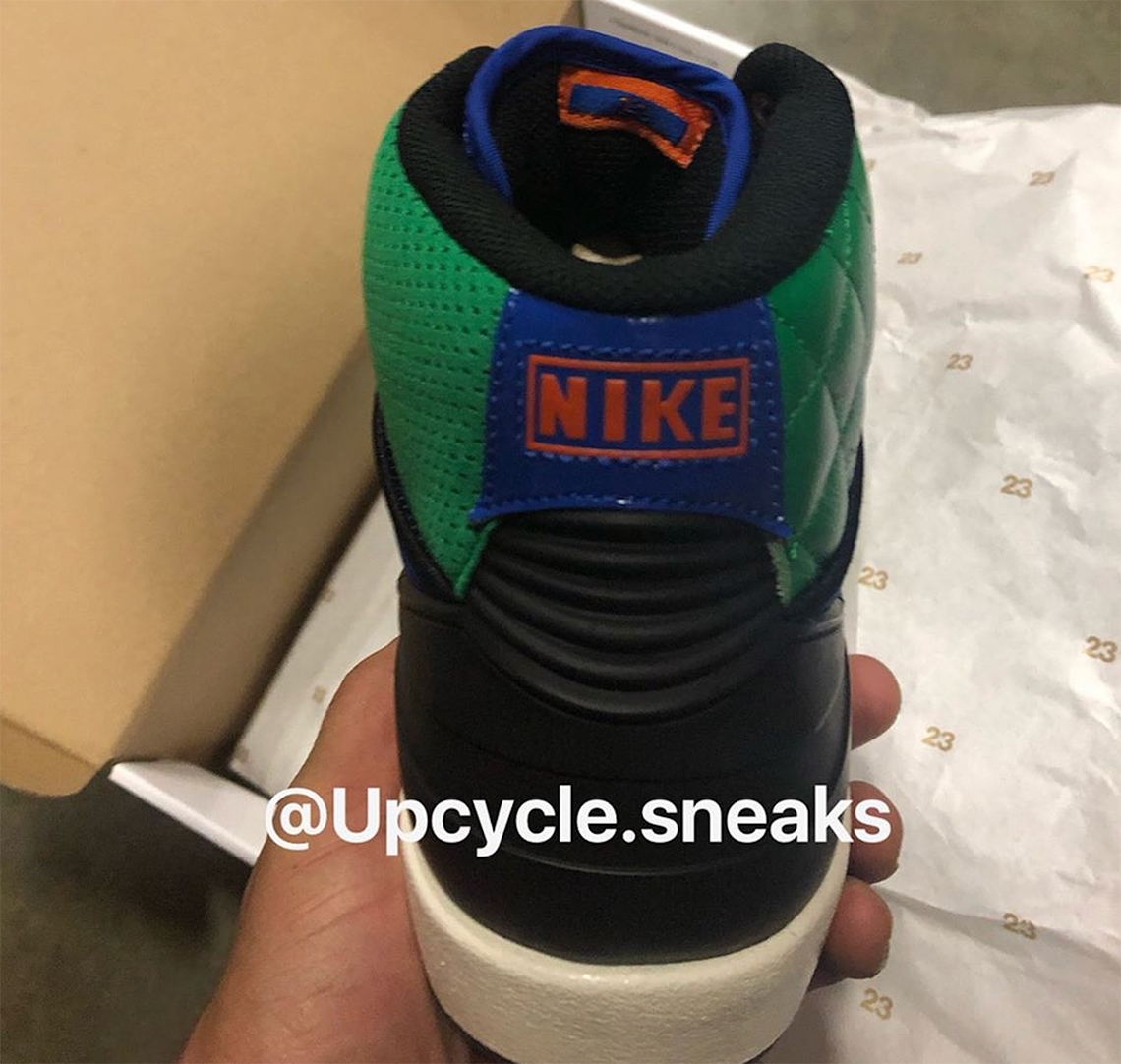 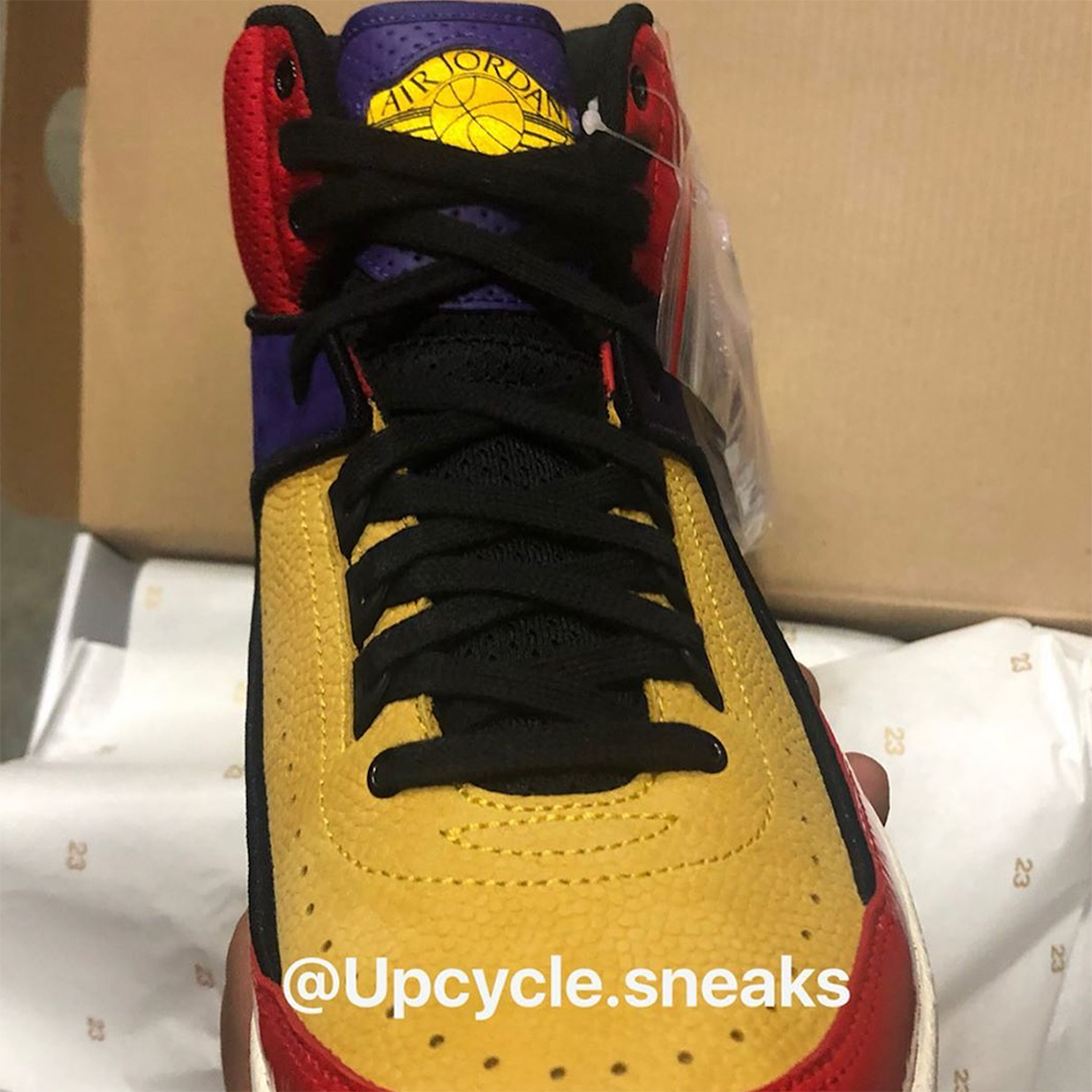 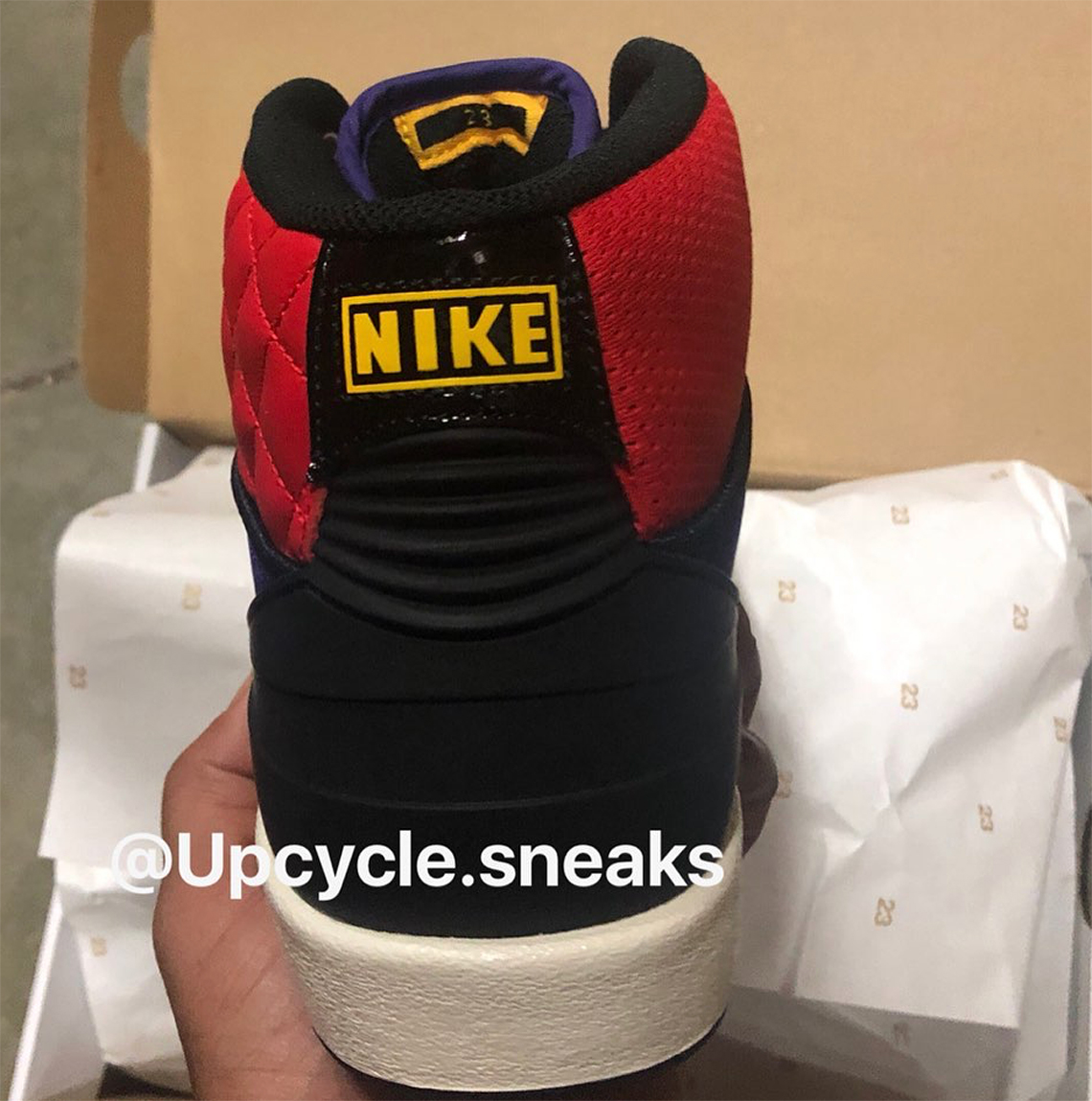