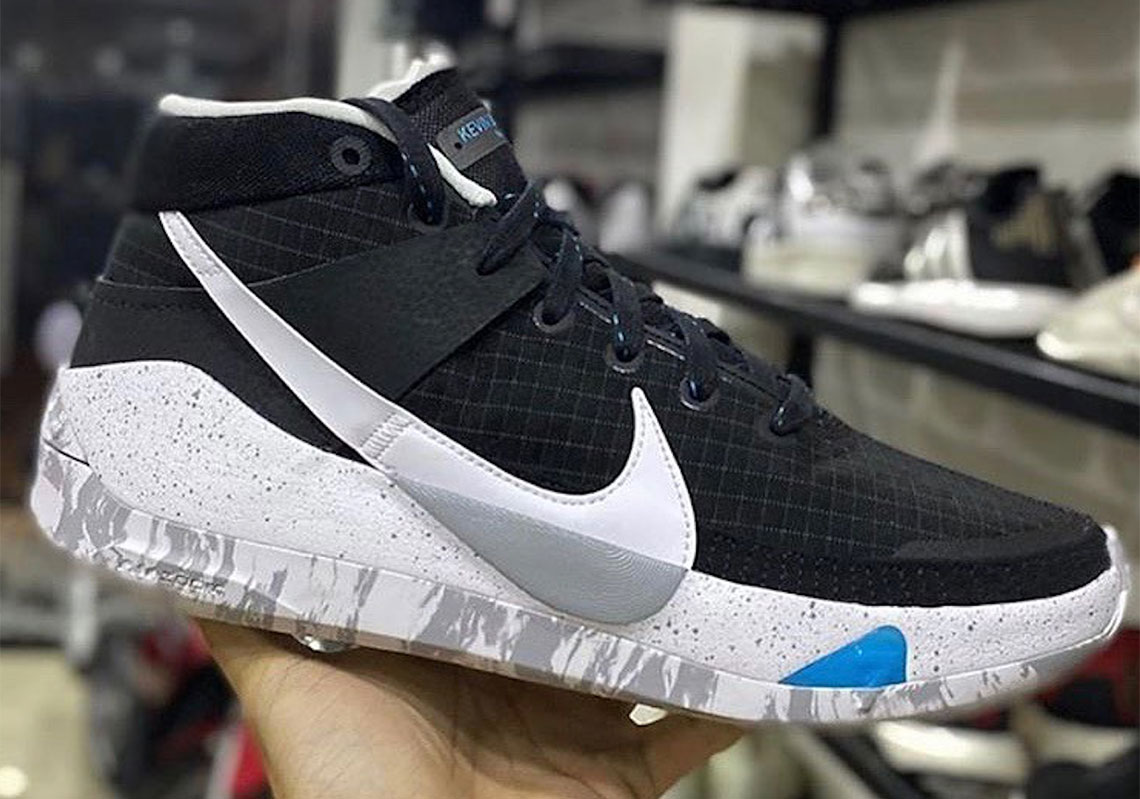 First Look At The Nike KD 13

As we get a first look at the upcoming Nike KD 13, it’s a sad reminder that NBA fans were left without a full year of Kevin Durant‘s prowess in his prime. The achilles injury he suffered during the 2019 Finals forced him out during his first season with the Brooklyn Nets, although we can’t entirely rule out an appearance should Brooklyn reach the postseason. If so, there’s a chance that we’ll see him in his newest signature shoe – the Nike KD 13. Confirmed via Instagram by Randy Williams, one of KD’s tight-knit inner circle, the KD 13 features a similar height cut as the current KD 12 model and quite possibly utilizes the full-length Zoom Air strobel that debuted with that model as well. The similar seem to end there as the KD13 makes use of Air Jordan 1-esque ankle wings and stitched-on Swoosh logos that dip into the midsole, with a gridded nylon upper suggests a more utility-driven aesthetic. We can expect the shoes to debut sometime during the Playoffs phase of the NBA season, so stay tuned as we learn more about the Nike KD 13.