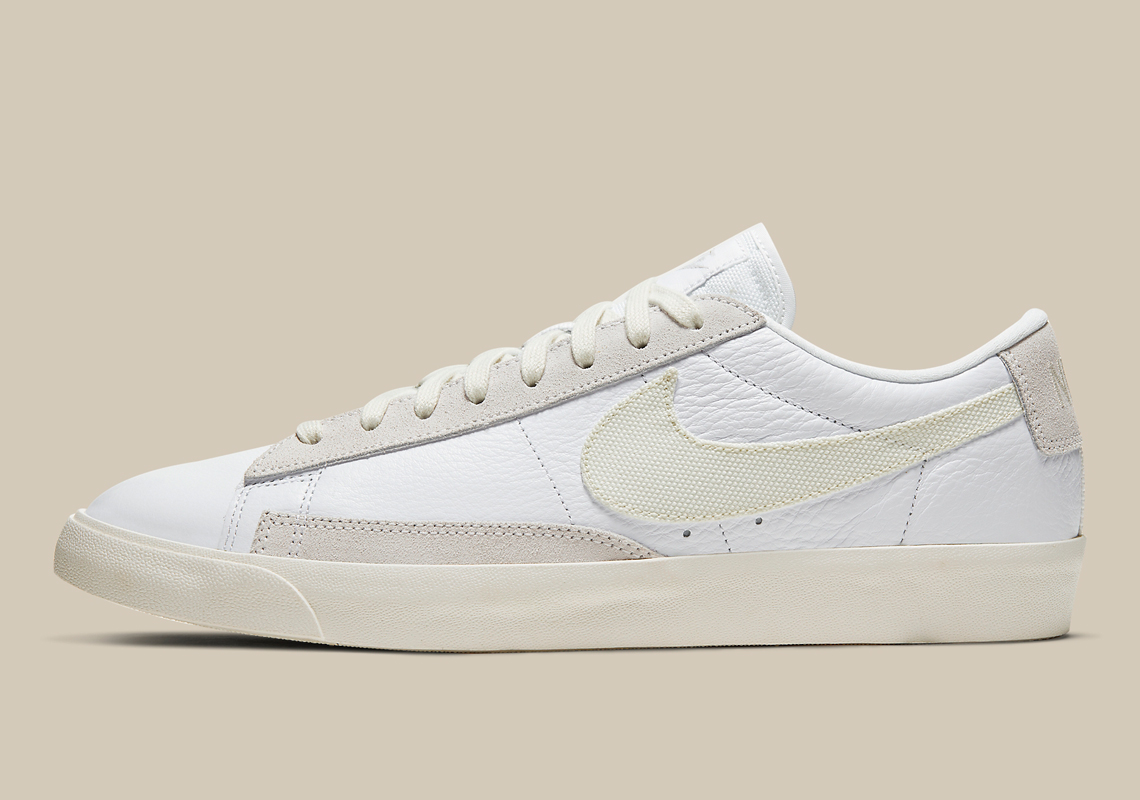 Soon joining Nike’s colorful LeBron 17 “Mr. Swackhammer”, Air Max 97 “Easter” and the dozens of other sneakers set to release throughout 2020, is the Blazer Low Leather in a simple “White/Sail/Platinum Tint” outfit.

Taking a few notes from its Blazer Mid ’77 counterpart’s recent stylings, the low-top silhouette boasts a white tumbled leather base. Unlike its taller Blazer relative, however, the colorless upper sets the stage for non-divergent “Sail” and other off-white accents. Suede overlays near the lateral forefoot, at the lace guards and heel contrast the leather’s arrangement, but aren’t uncommon on the ’70s model. Canvas laces, profile Swooshes and spines, however, are used less frequently on the Blazer Low. Bottom-halves tell much of this understated story as they consist of “Sail” midsoles and herringbone outsoles. Only branding on tongue patches and insoles forgo “White” and its variant hues in favor of a “Platinum Tint” finish.

No stateside release information is yet known, but pairs of this Blazer Low Leather are likely to drop on Nike.com during the Spring. Until then, enjoy official images here below. 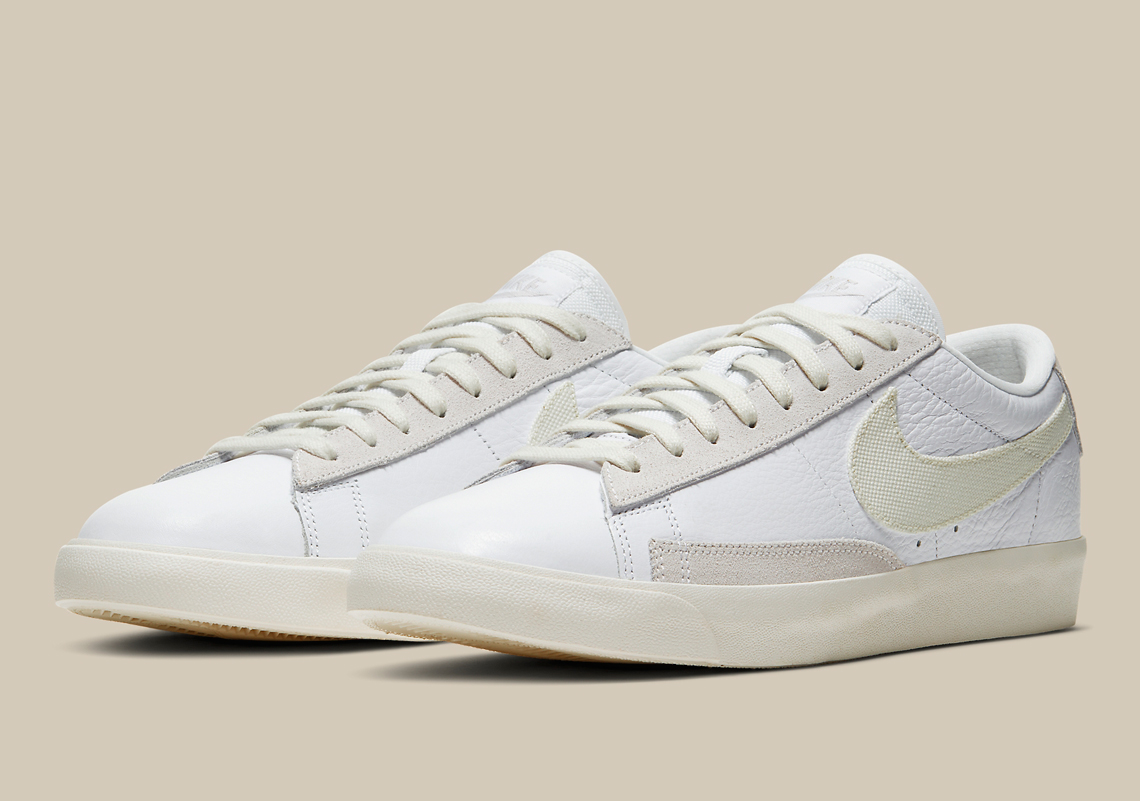 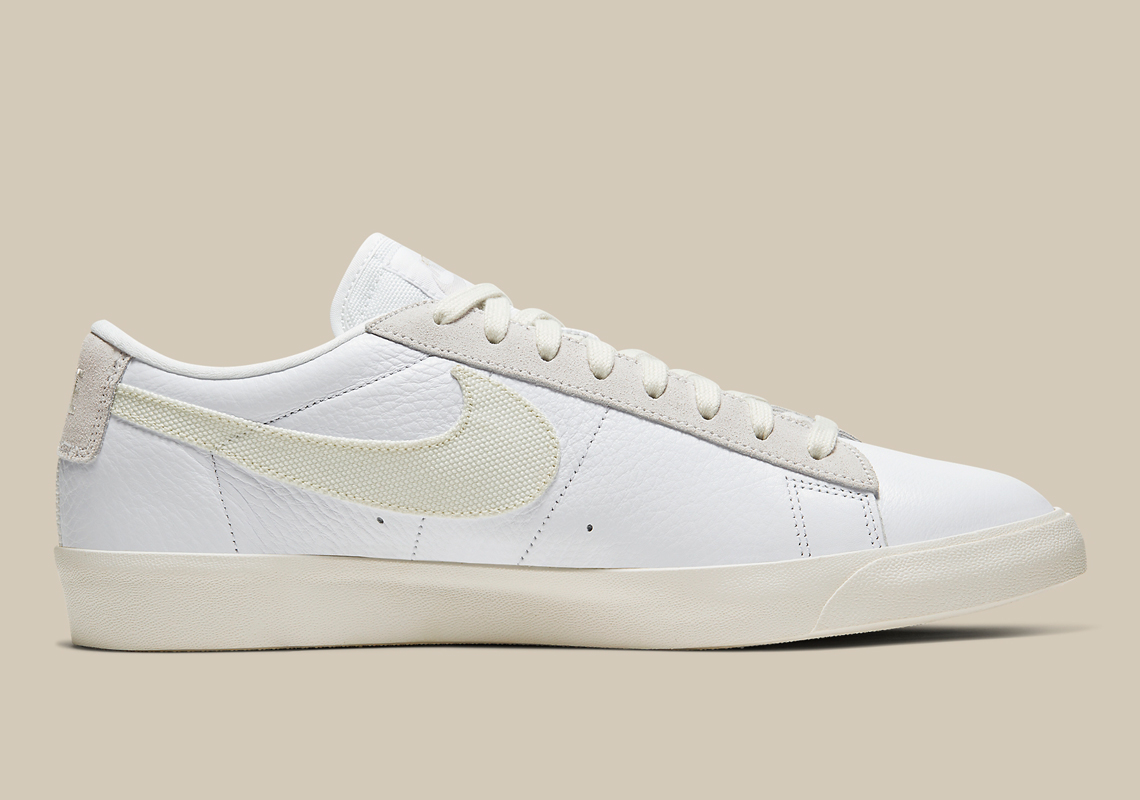 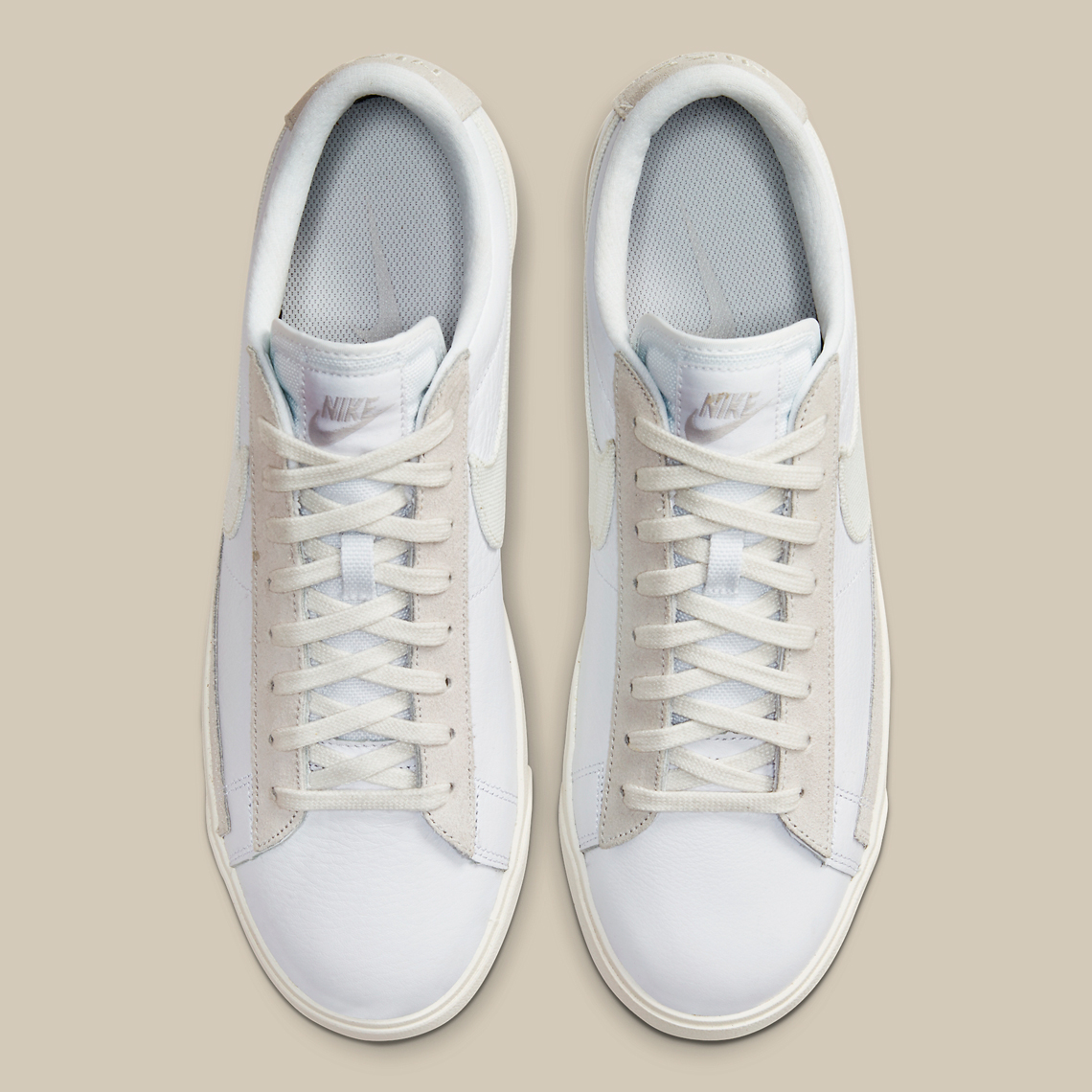 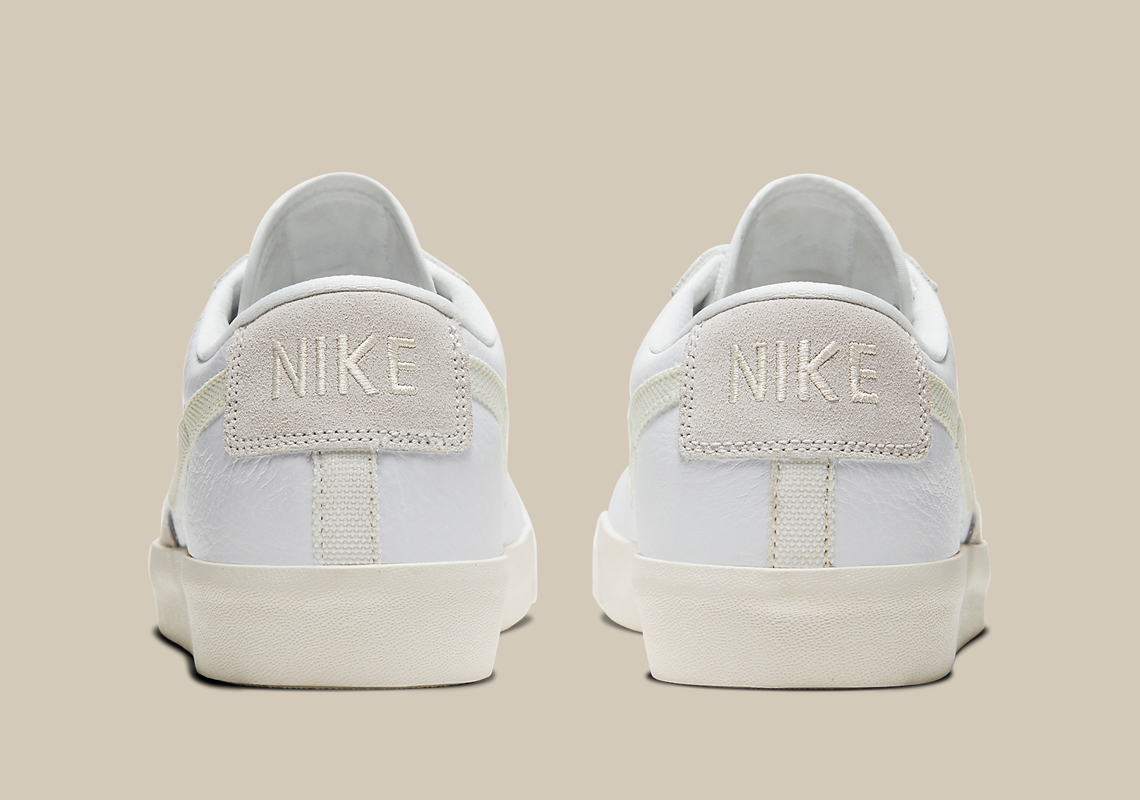 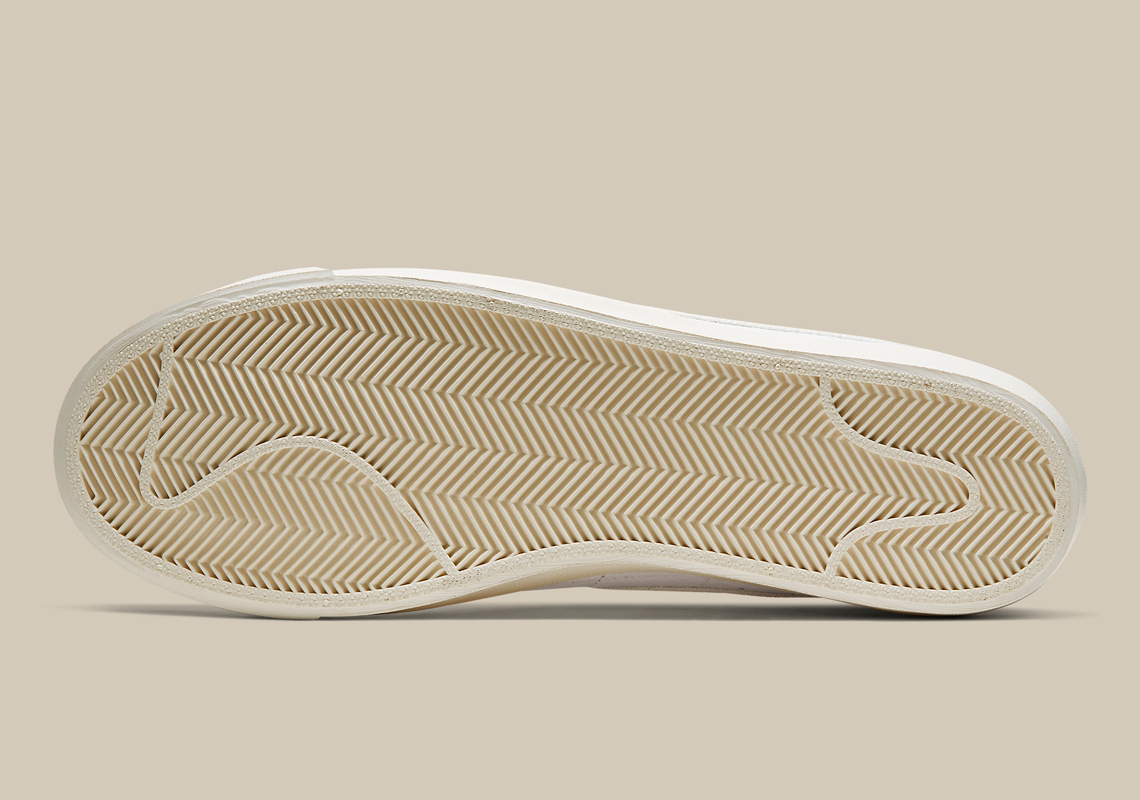