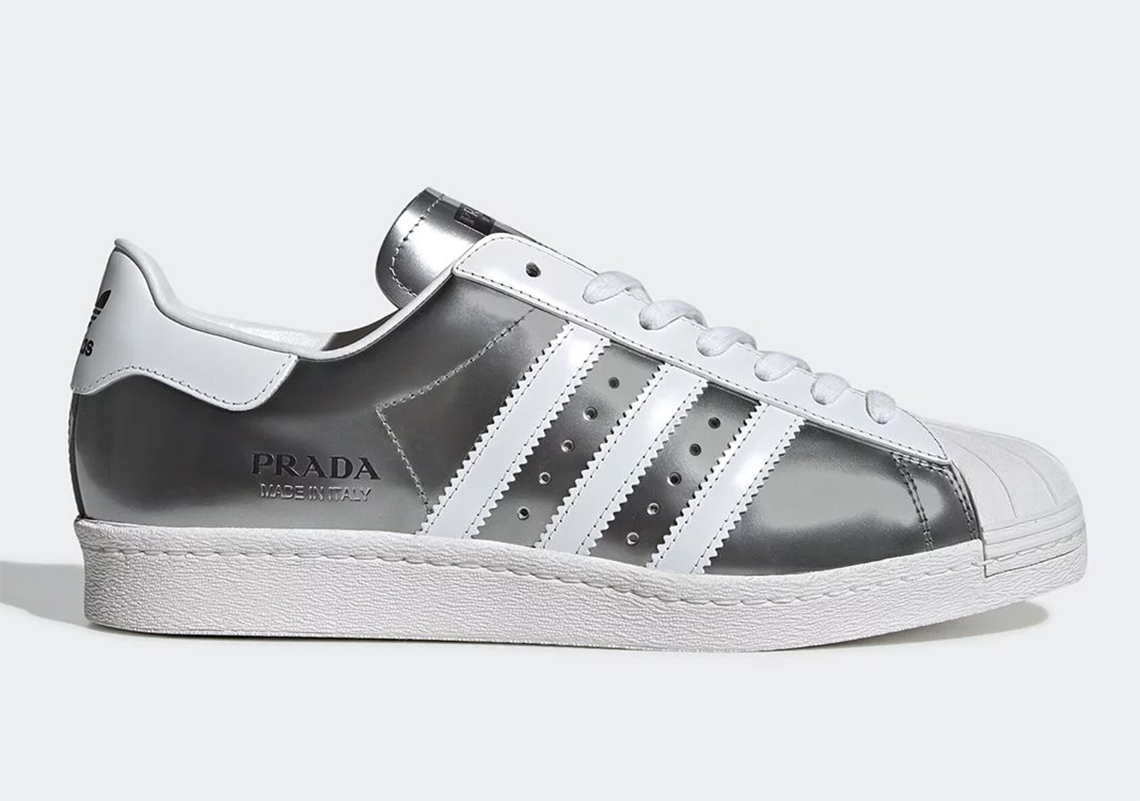 While there have been several special moments dedicated to the anniversary celebrations of the adidas’ Superstar this year including 24K gold ornamentations and cross-pollinated models such as the Superstan, few will reign supreme over the the German-based imprint’s forthcoming collaborations with Prada. Shortly after revealing its Black/Core White and the Core Black/Core Black/Core Black options this week, the premium constructed silhouette is revealing a third entry to add to its luxury roster, arriving by way of this “Metallic Silver” offering. Although the consistent essence of greyscale tones are kept intact, this latest rendition to spring up is energized with metal-esque shimmer to serve as its backdrop, and lays over premium white leather to structure its heels, lace stays, and stripe branding. Finishing touches arrive via customary debossed hits symbolic of the Italian fashion house’s moniker, as well as its sole piece which appears to be dialed to an ivory hue. Expect these to be dropping alongside the previously mentioned colorways on adidas.com sometime during March for a handsome price point of $450 USD.

For other news related to anticipated sneaker collaborations, peep our store list for the Travis Scott Nike SB Dunks set to release tomorrow.