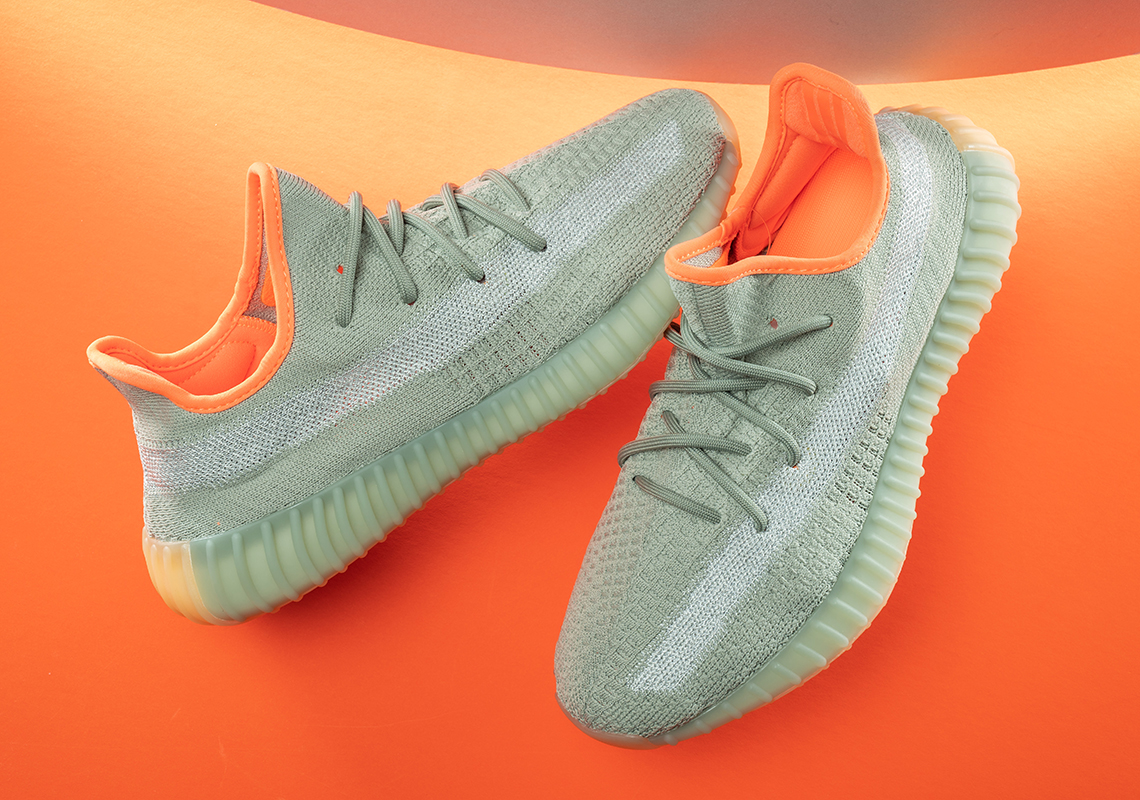 The last time Mr. West and adidas’ gave their Yeezy 350 a public release, they handled its distribution through a trio of regional exclusive colorways, but it looks as though Ye wants to call back his “Everyone who wants Yeezys, will get Yeezys” mentality and give his next offering a much more widespread release. Next in line is the Yeezy 350 “Desert Sage”, who after first being previewed back in December of last year, is gearing up for its official debut this weekend. While we’ve seen this silhouette spun in an infinite amount of colorways to this day, the Yeezy mainstay is now being slightly modified in its presentations as the customary lateral side stripe is being remixed with reflective notes for the first time – a refreshing feature to say the least considering several of its previous styles have utilized the same full reflective uppers. Base Primeknits and ribbed midsoles stay consistent to its titular hue, and vibrantly contrasts through its neon orange sock liners and gum-colored tread. These will be releasing in full family sizes tomorrow, March 14th, on adidas.com and at select retailers, so view a more in-depth look here below before you secure a pair.

In other news, check out an exclusive look at the upcoming Yeezy 380 Mist. 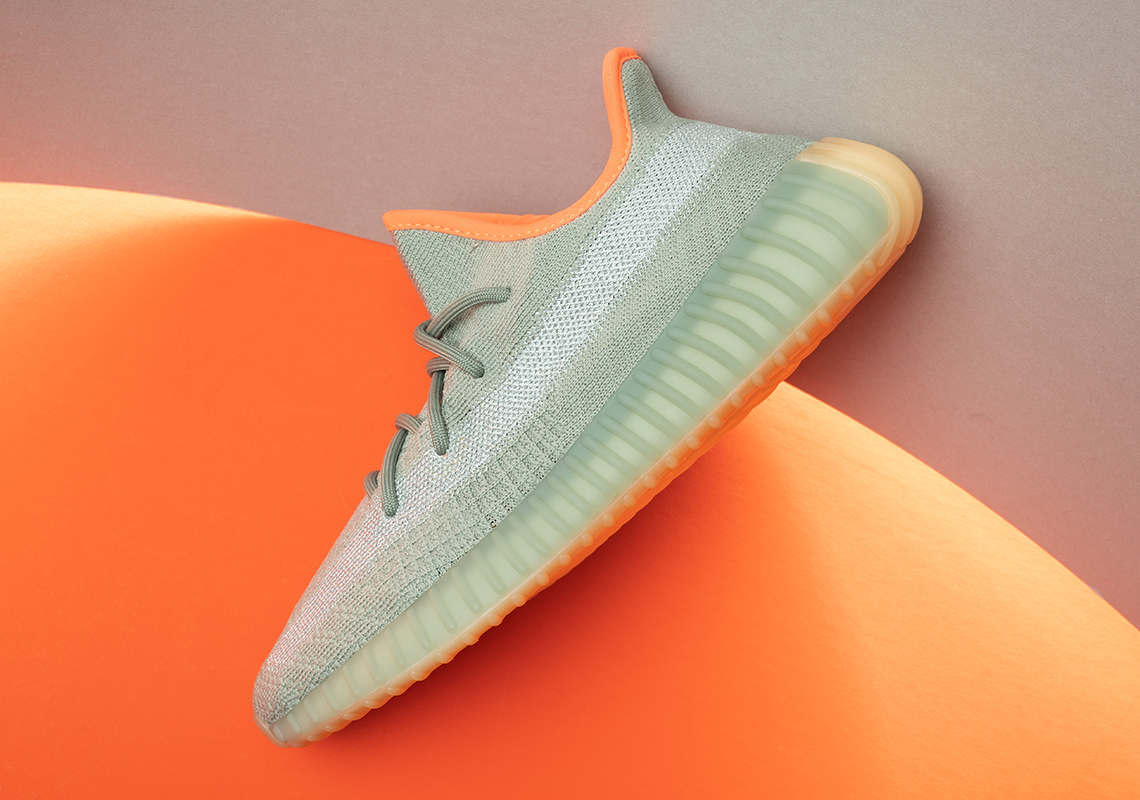 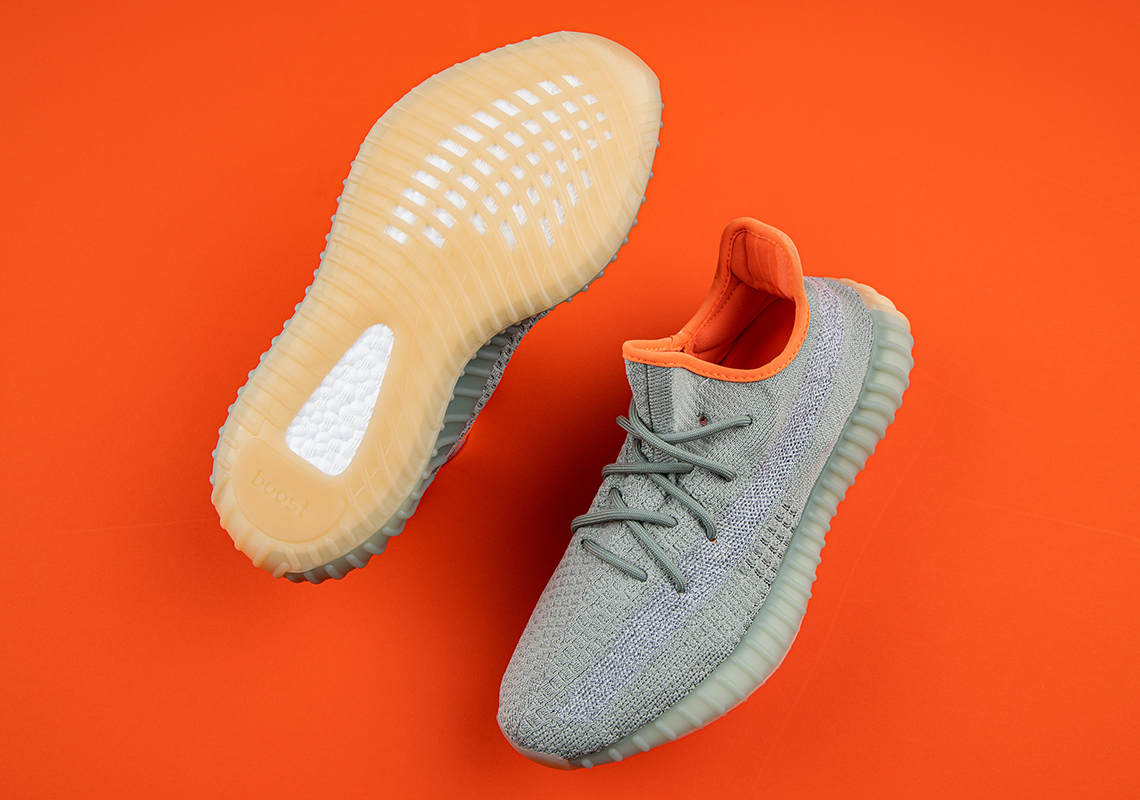