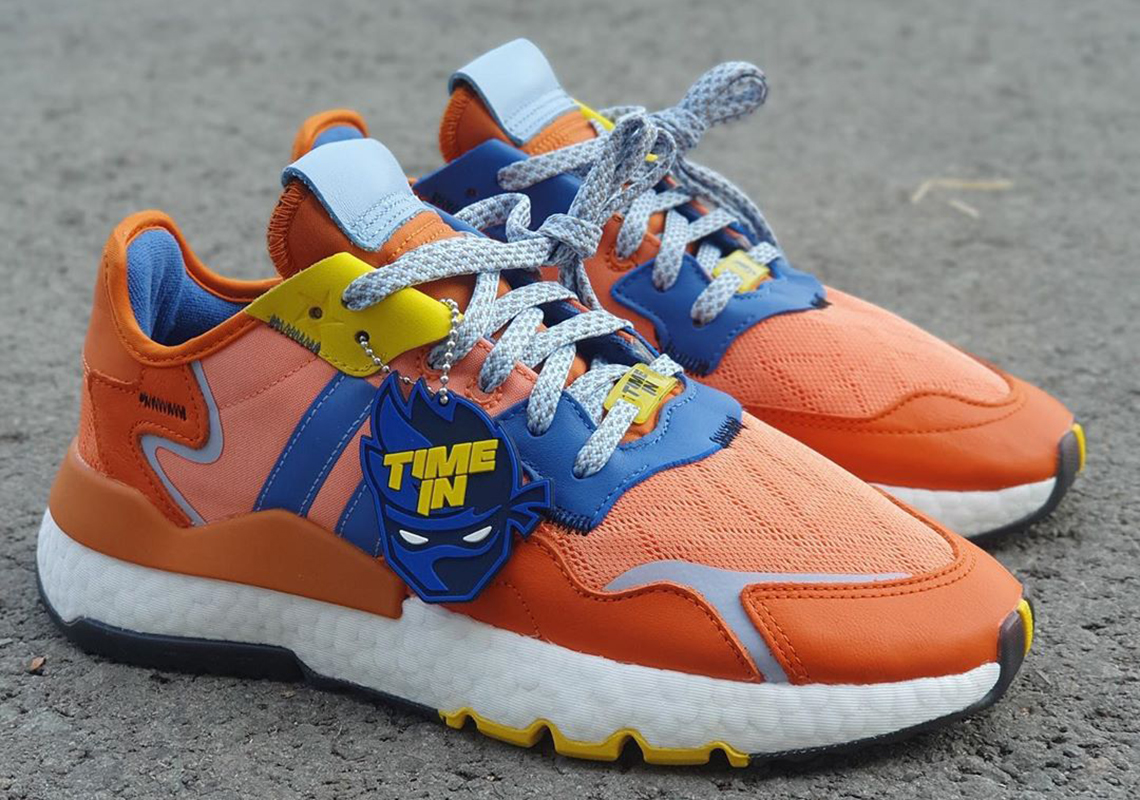 Ninja And adidas Set For Another Nite Jogger Collaboration This Summer

Ninja, who owes Fortnite for his meteoric rise, is undoubtedly a household name at this point, and even if you don’t follow the Twitch/streaming ecosystem, it’s likely you’ve at least heard the mention of his name. From a host of comedic outcries to his now signature dances, the online icon has received his own in-game skin and even a real world collaboration with adidas. Dubbed the “Time In” collection, his series of gear has spanned logo-clad apparel and a colorful Nite Jogger colorway — the latter now set to receive a much more vibrant follow-up in months’ time.

And alongside a change in palette, the pair also removes some of the predecessor’s louder details, specifically the bold text that once defaced the medial sides in yellow lettering. Instead, the all-over print of crossed kunais fill the space in dark black, sitting opposite of a Three Stripes laden lateral whose overlays mark with blue and yellow at the eye stay and darker complements towards the heel counter. Elsewhere, shurikens deboss atop the lace holes, a subtle weave pattern etches across the mesh, and the logo hangtag emblazons with the capsule’s theme.

Originally expected to launch in April as reported by retailers, the collaborative offering has likely been pushed back as a result of COVID-19. So if you’re still hoping to grab a set, sit tight as they’ll likely see a release on adidas.com and select shops later this Summer. 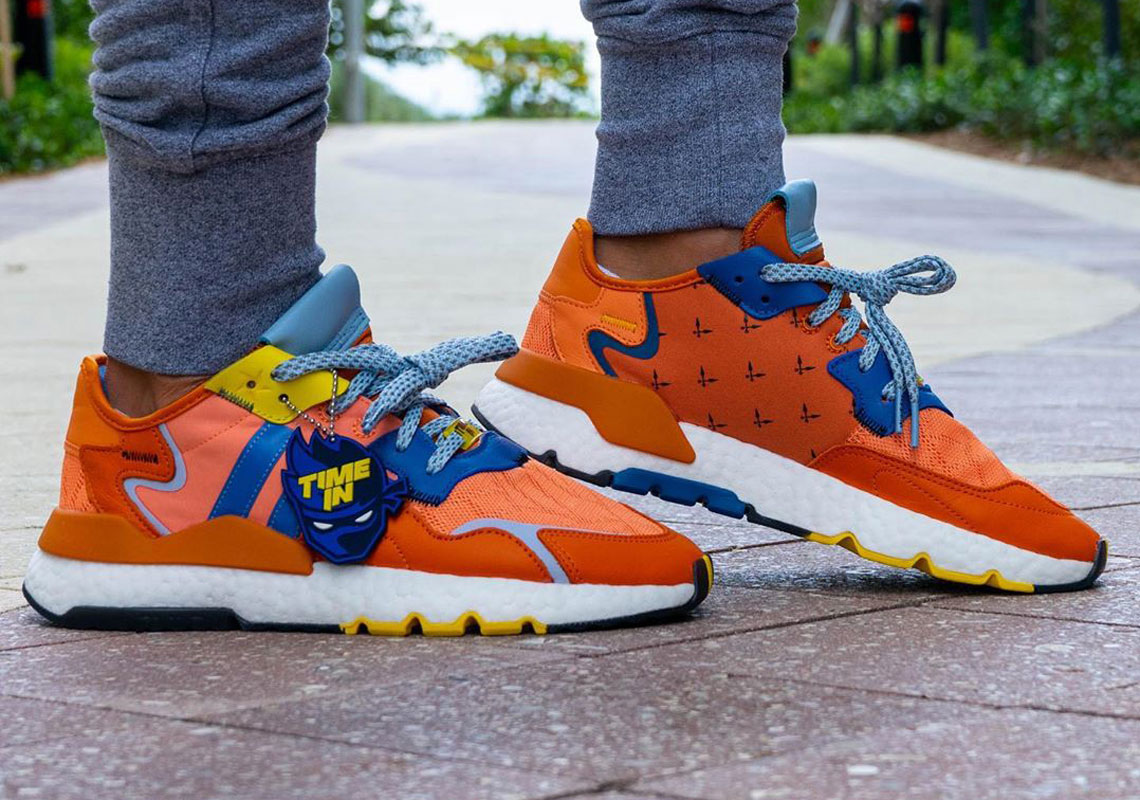 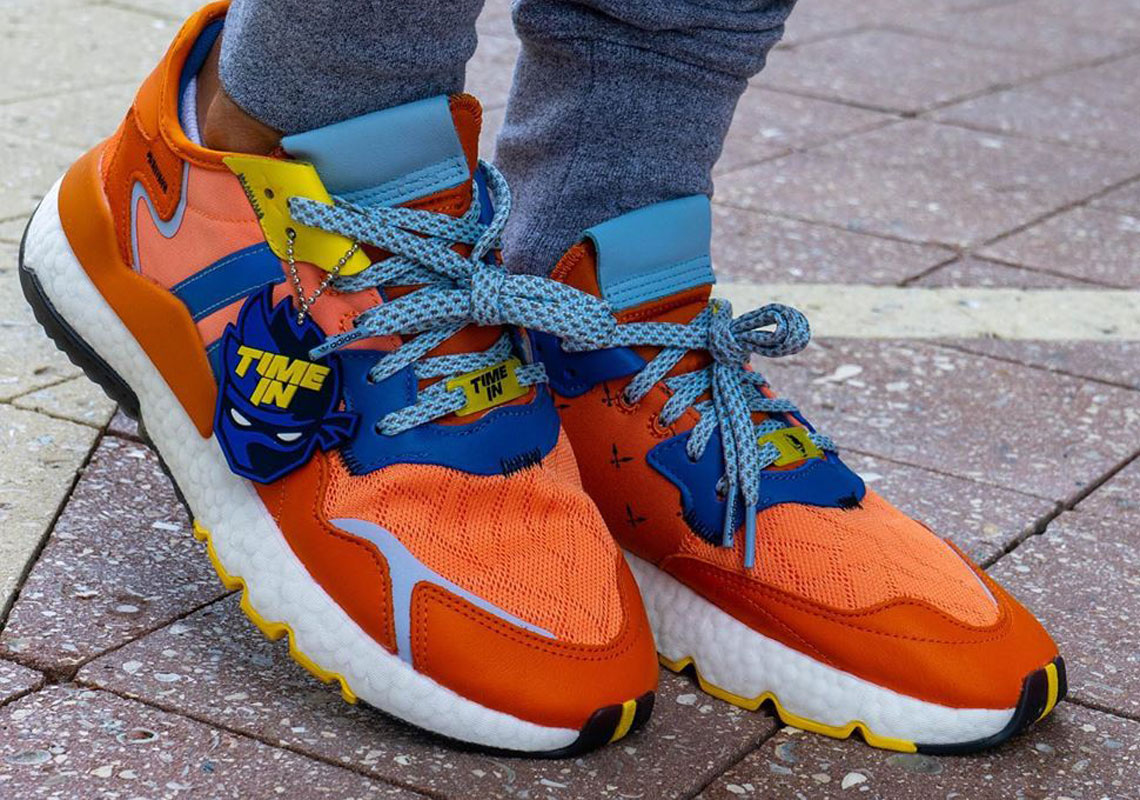 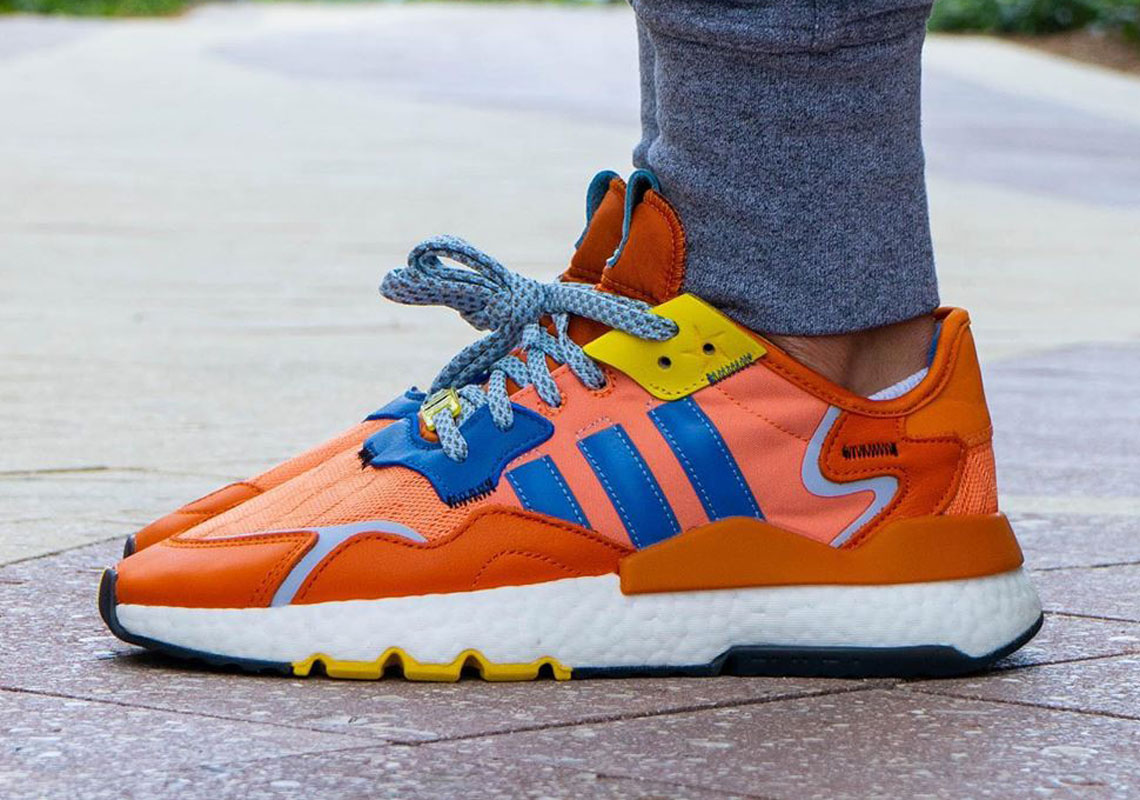 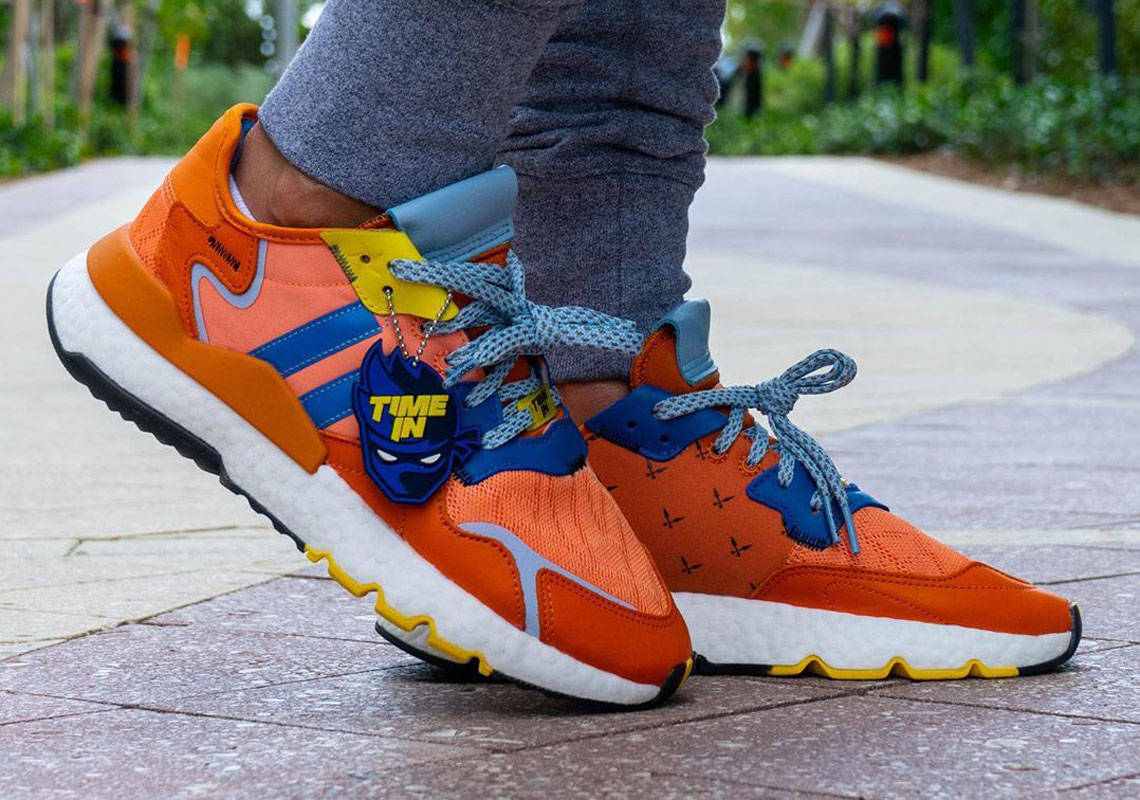 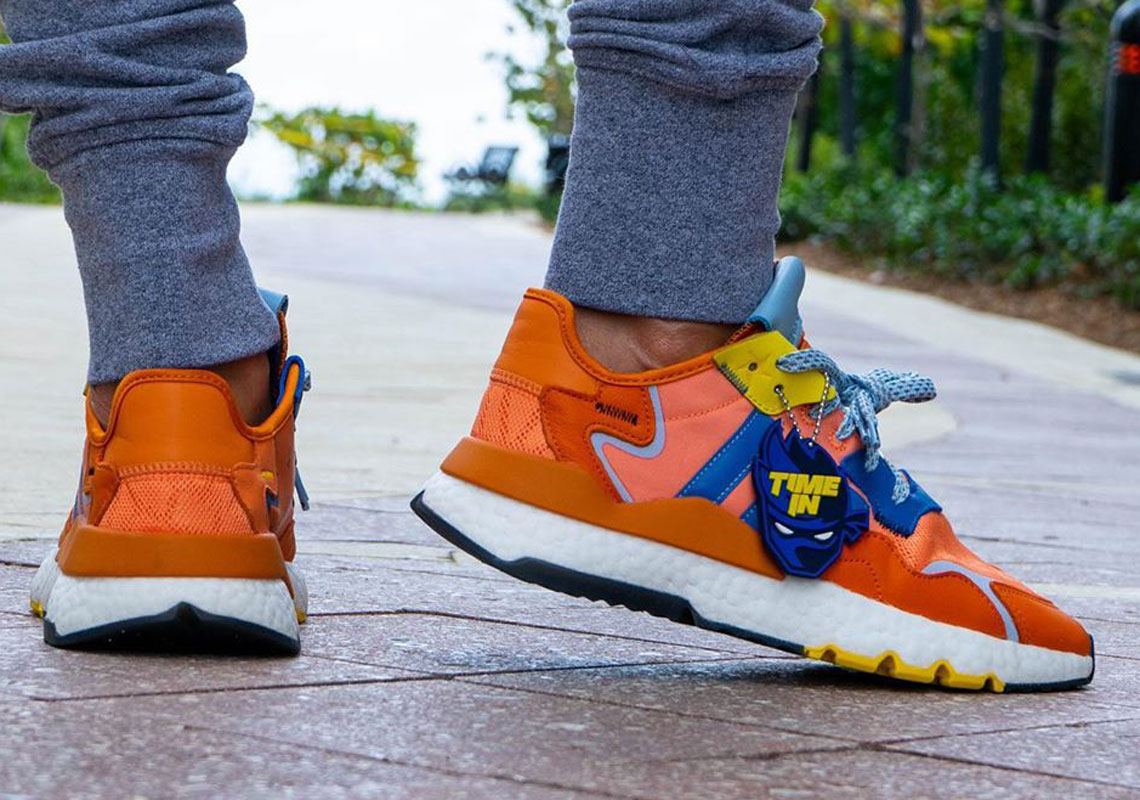 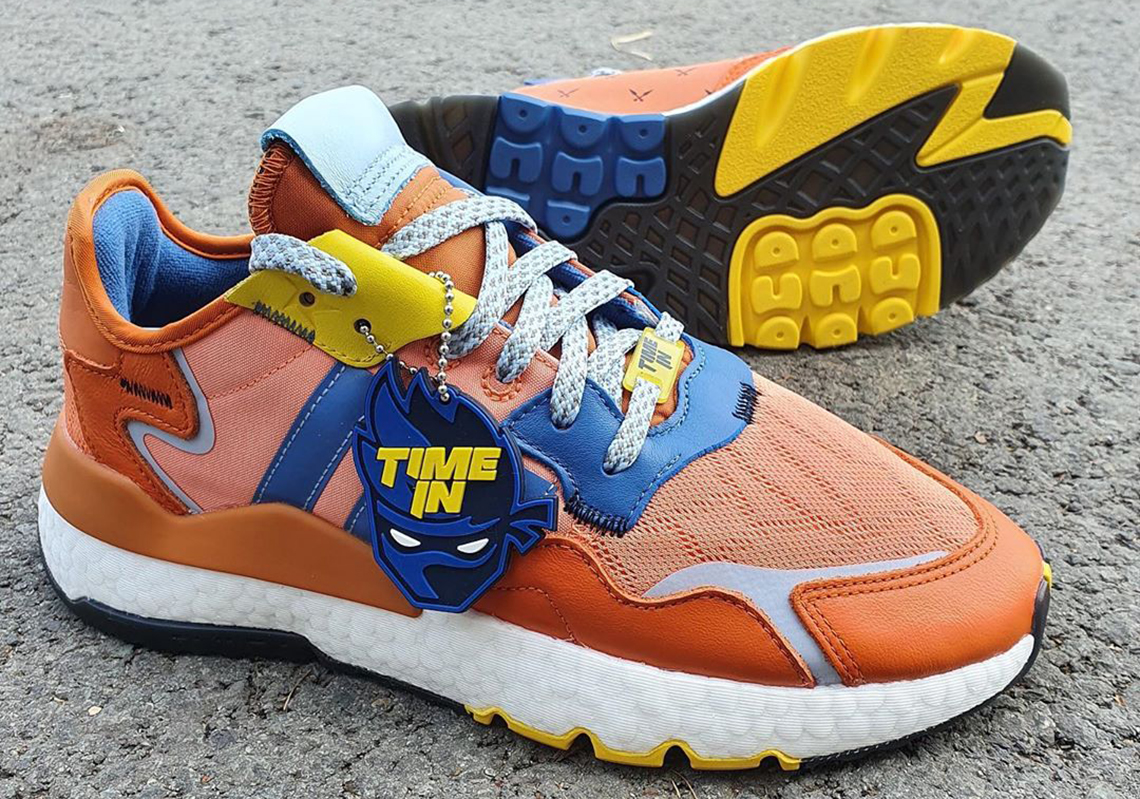 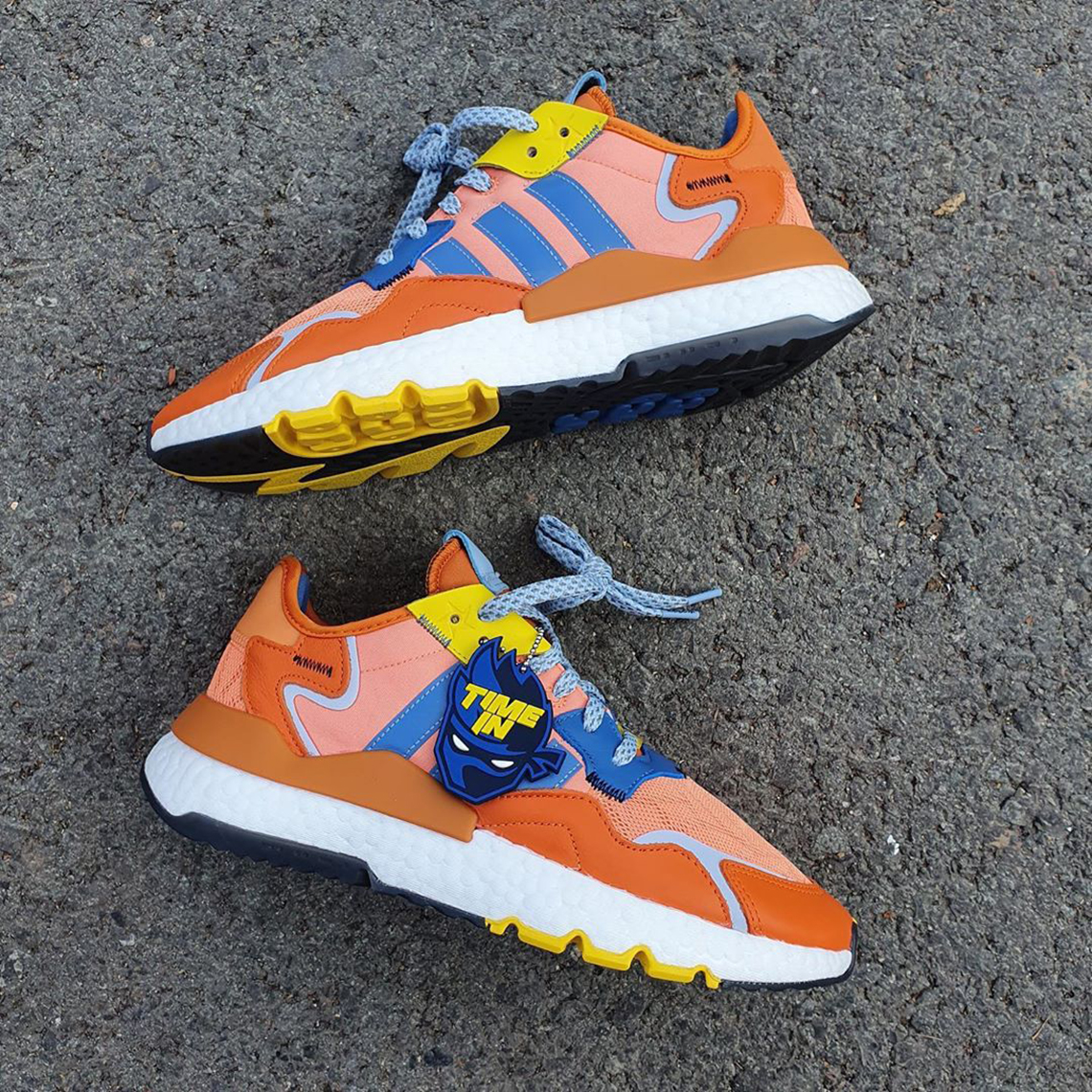 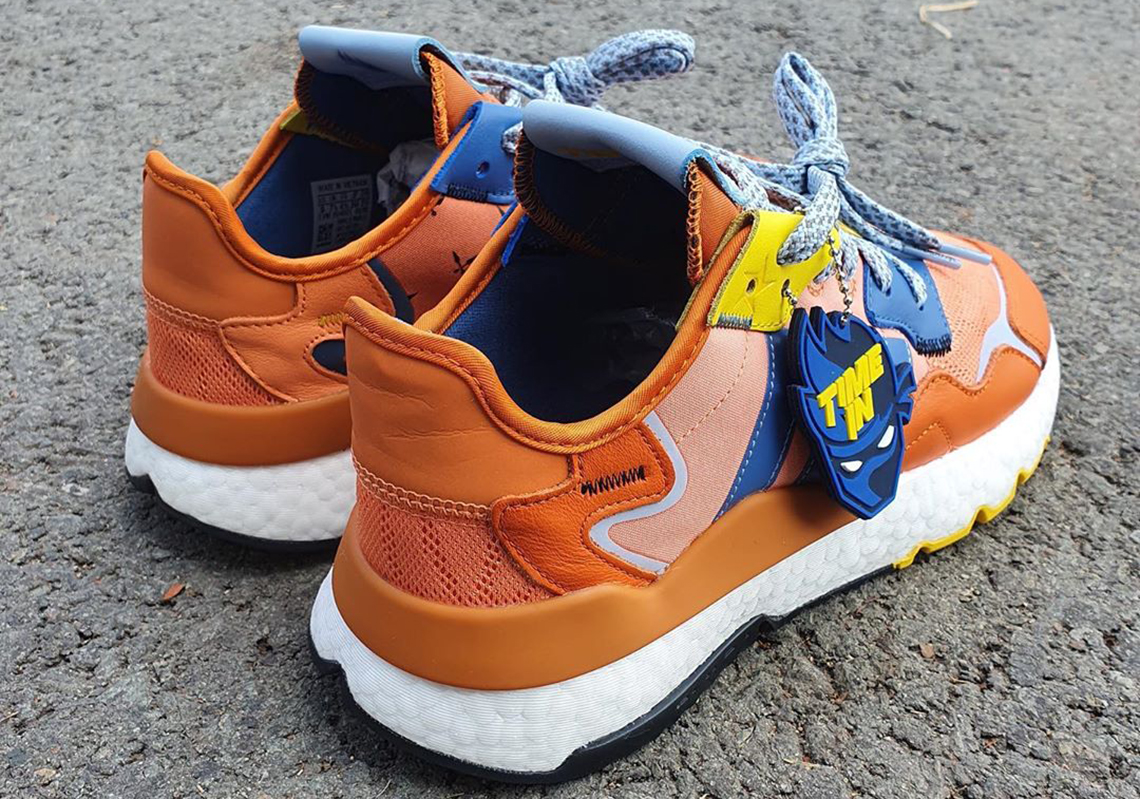 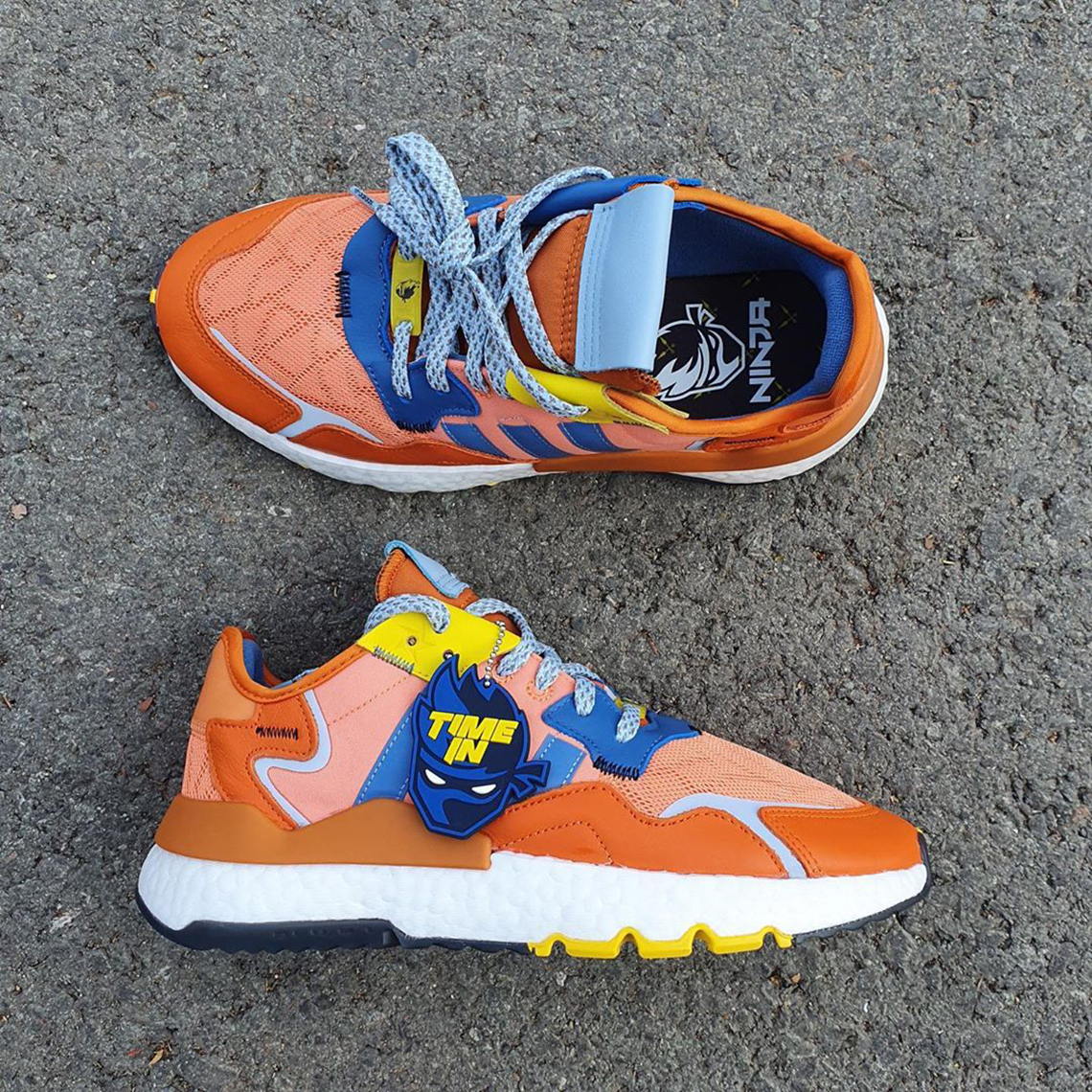 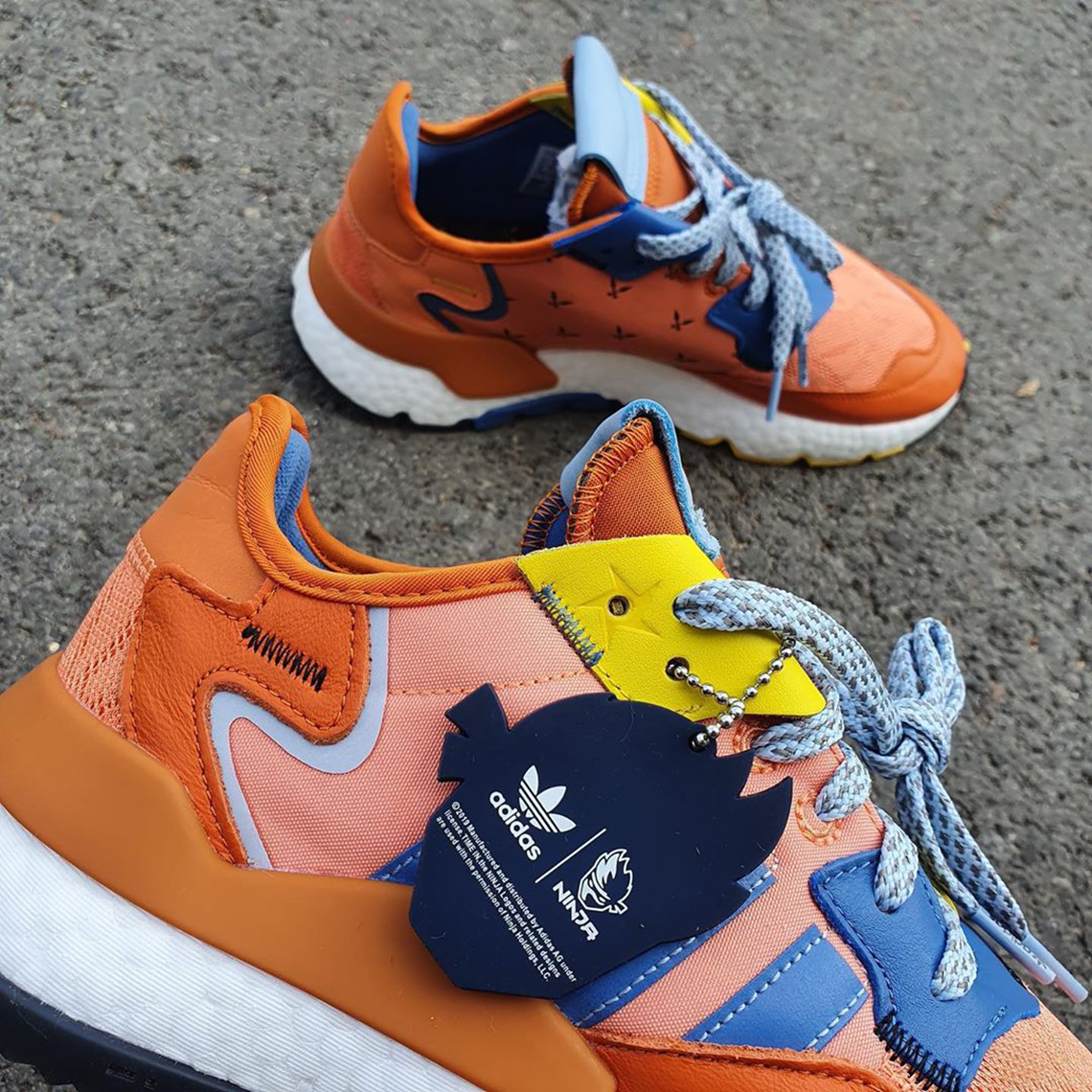