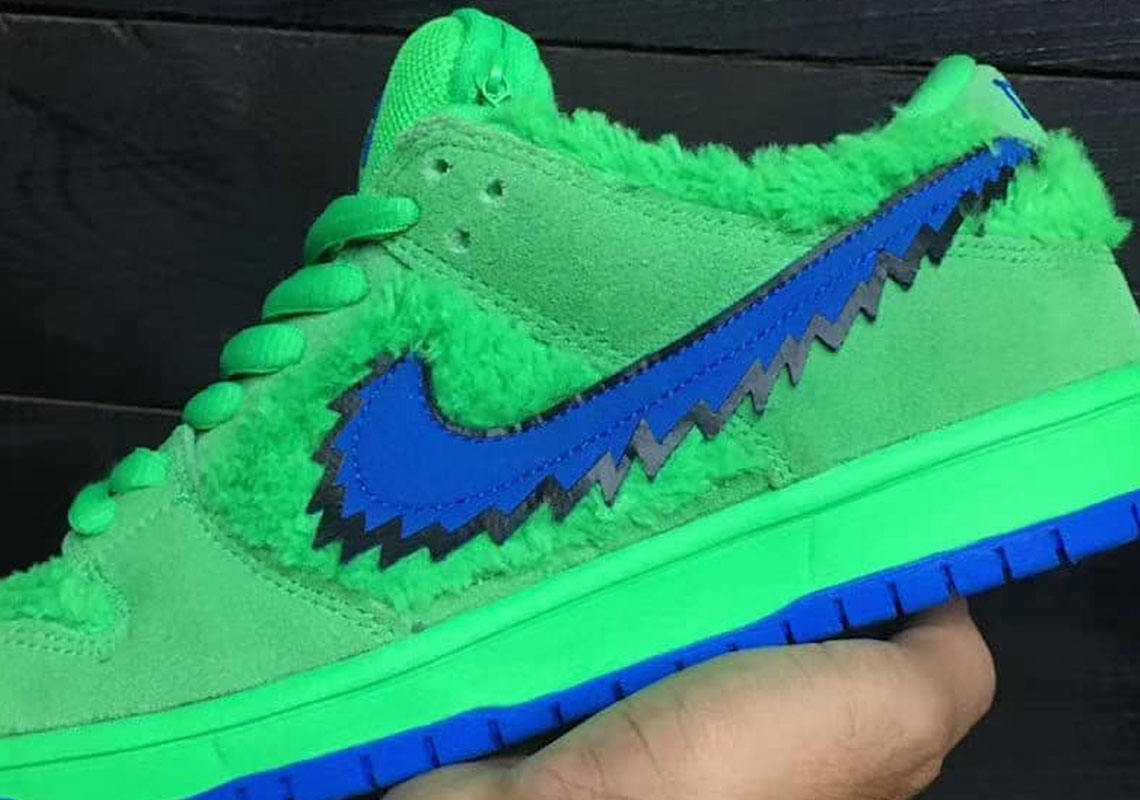 The Grateful Dead have become the biggest source of inspiration for certain start-up fashion labels, with the likes of Online Ceramics, Story MFG, and more borrowing from the band’s well-aged design aesthetic. And now, as the intentionally unrefined artwork further makes its way to the mainstream, Nike SB is joining along, though instead of screen printing the signature bears atop the Dunk Low, the team is drawing more overt and literal likeness à la the “Three Bears” pack from years ago. As such, the now classic silhouette is given an entire face-lift in terms of materials as it forgoes the traditional for a striking set of furs along the underlying base. Suede panels atop act as visual barriers for the more chaotic fabrications underneath, while adjacent blue swooshes add further dynamism by way of a jagged, ripple construction. Treads then color to match along with the accompanying branding at the tongue and heel, finishing alongside the insoles whose print will likely bear further homage to the music imprint. Grab a quick look at these here and sit tight for word on its official release.

In other news, a Ben and Jerry’s SB Dunk is on the way as well. 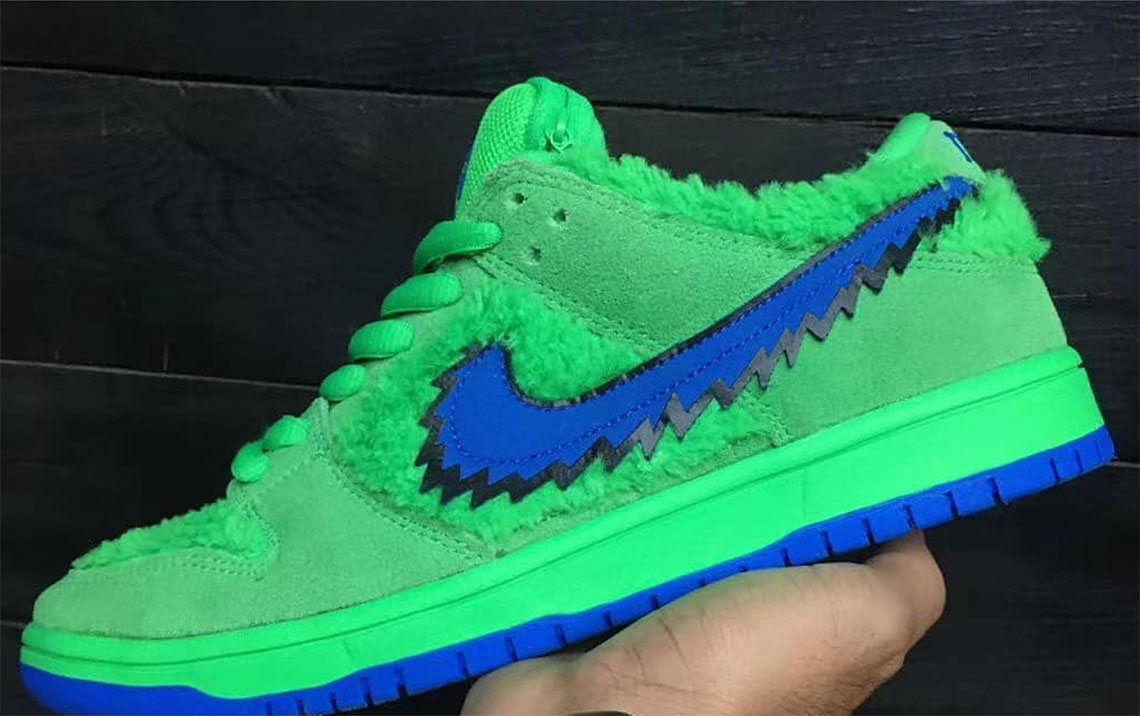