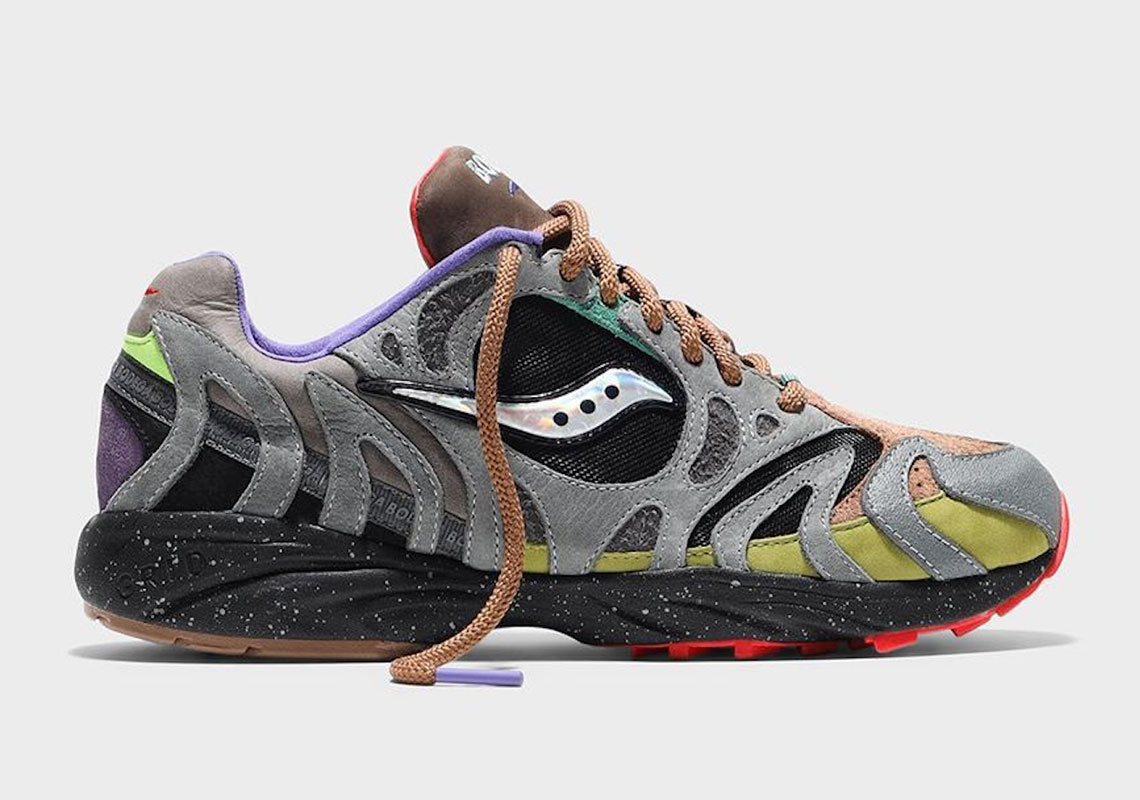 Bodega And Saucony Present The Grid Azura 2000 “Ever Ready”

Once destined to be the next big thing for Saucony upon its planned debut decades ago, the Grid Azura 2000 design was shelved until the brand teamed with Bodega to introduce the model for the first time at retail. After that mid-February launch, the two entities and joined forces for a collaborative offering dubbed the “Ever Ready”, unveiled here for the first time. Taking advantage of the silhouettes layered nature, Bodega utilizes a grey and tan base and adds colored accents of a mossy green on the mudguard, a hit of teal on the lace collar, a patch of purple on the heel, and red tongue-backs. A solid black midsole dusted with light speckling further add to the apparent energetic nature of the “Ever Ready” design concept. Bodega confirms an April 8th release date, so stay tuned as the shop is likely to reveal further details soon.

In other shop collab news, the KITH Air Force 1 has just been revealed.