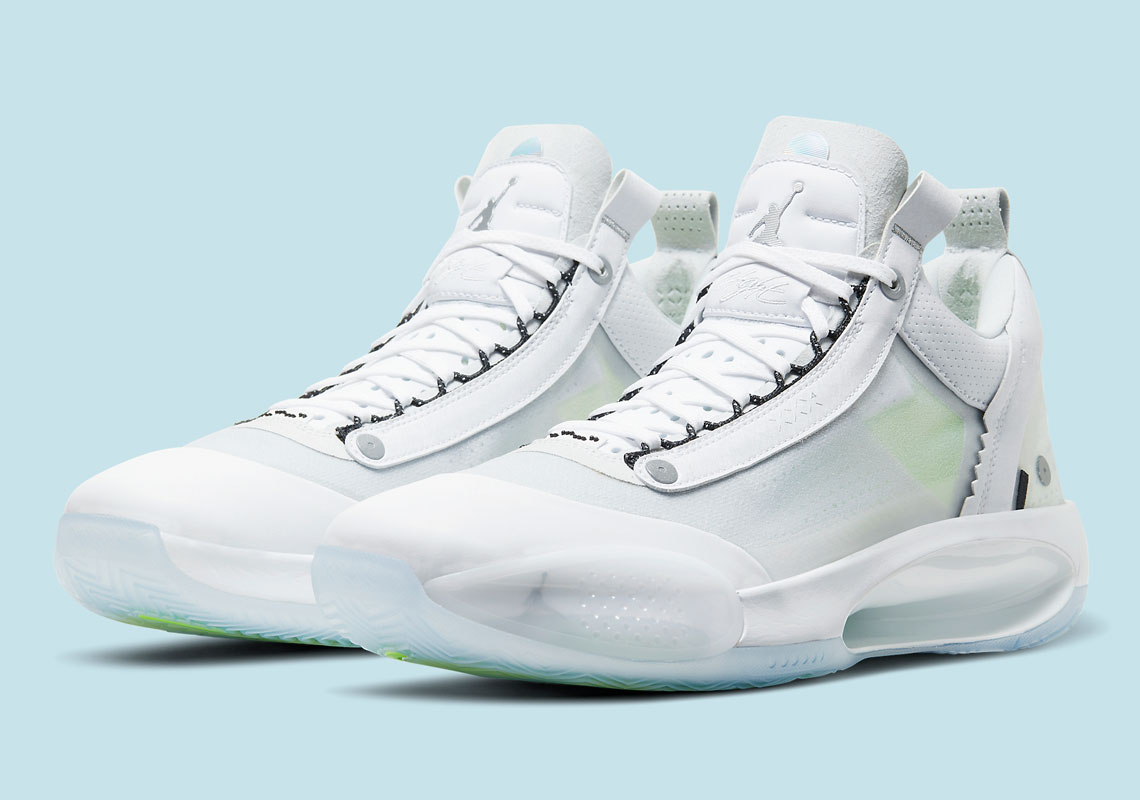 Just before the NBA season suspension, the Air Jordan 34 Low was starting to pick up some steam as we were seeing more on-court appearances from Jumpman athletes such as Luka Doncic and Kemba Walker. And finally, it looks as though the month of April is going to be the first time the model sees an official launch. After recently springing up in Guo Ailun PE colors, the hardwood-ready silhouette is transitioning over to a much cleaner complexion by doing its best “Pure Money” impression. Base constructions are mostly given a clean white execution, and come seated next to tiny silver accents fastened to the tongue Jumpman logos and circular throat badges. Additionally, if you look closely through its opaque midfoot paneling, you can see a tiny hint of volt accents peaking through. Sole pieces including its traditional Eclipse plate and treading continue its tonal nature. As of now, these are tentatively slated to release on April 16th in select retailers, so enjoy a first look and stay tuned as we receive more information.

In other news, here’s an official look at the red Bruce Lee Kyrie 6s. 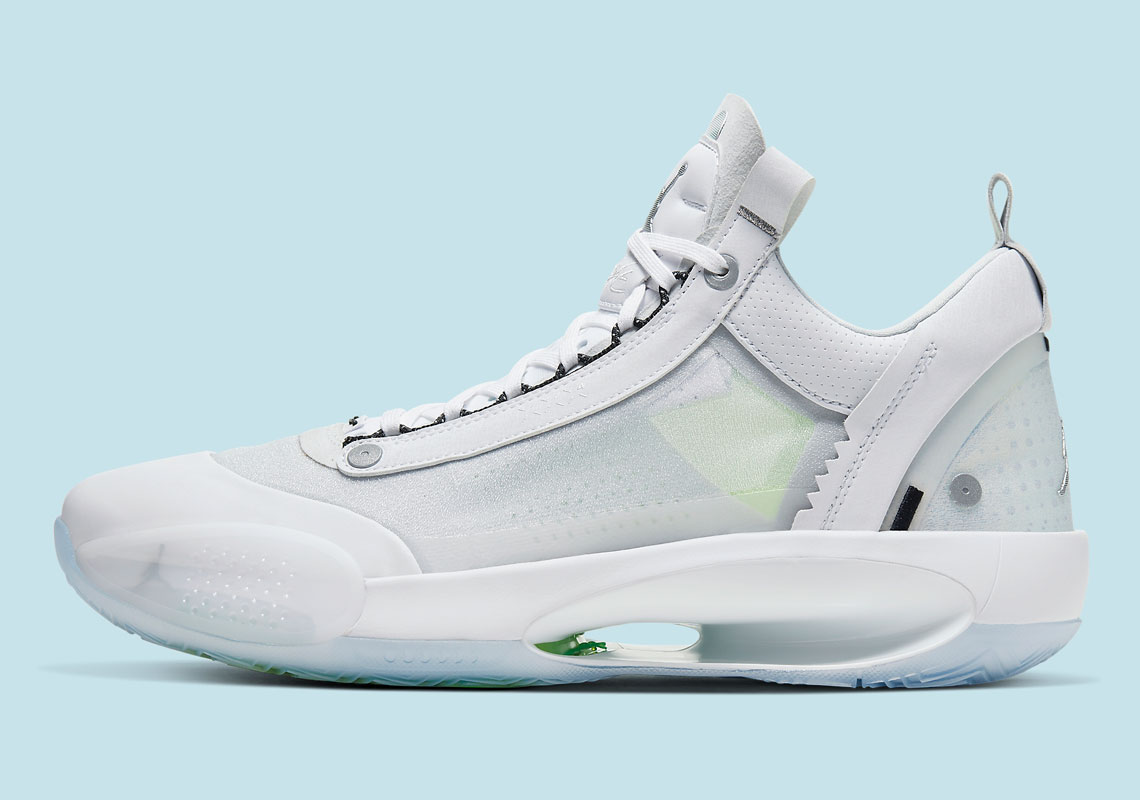 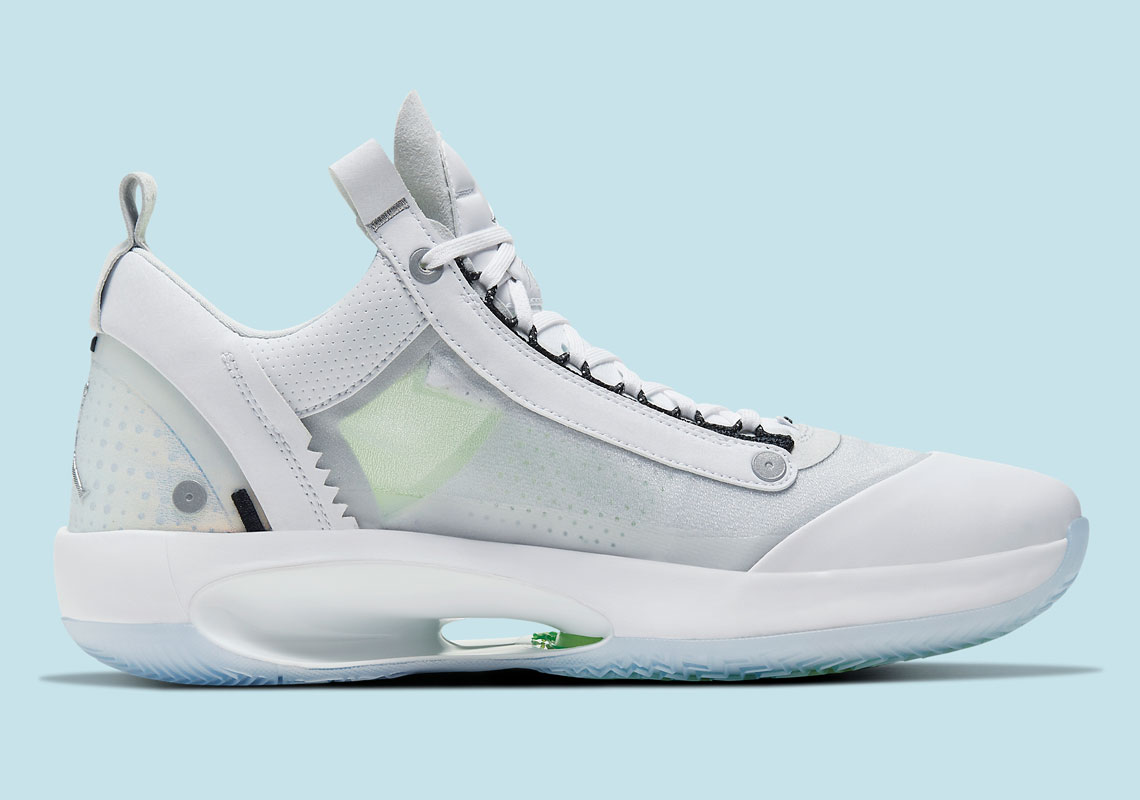 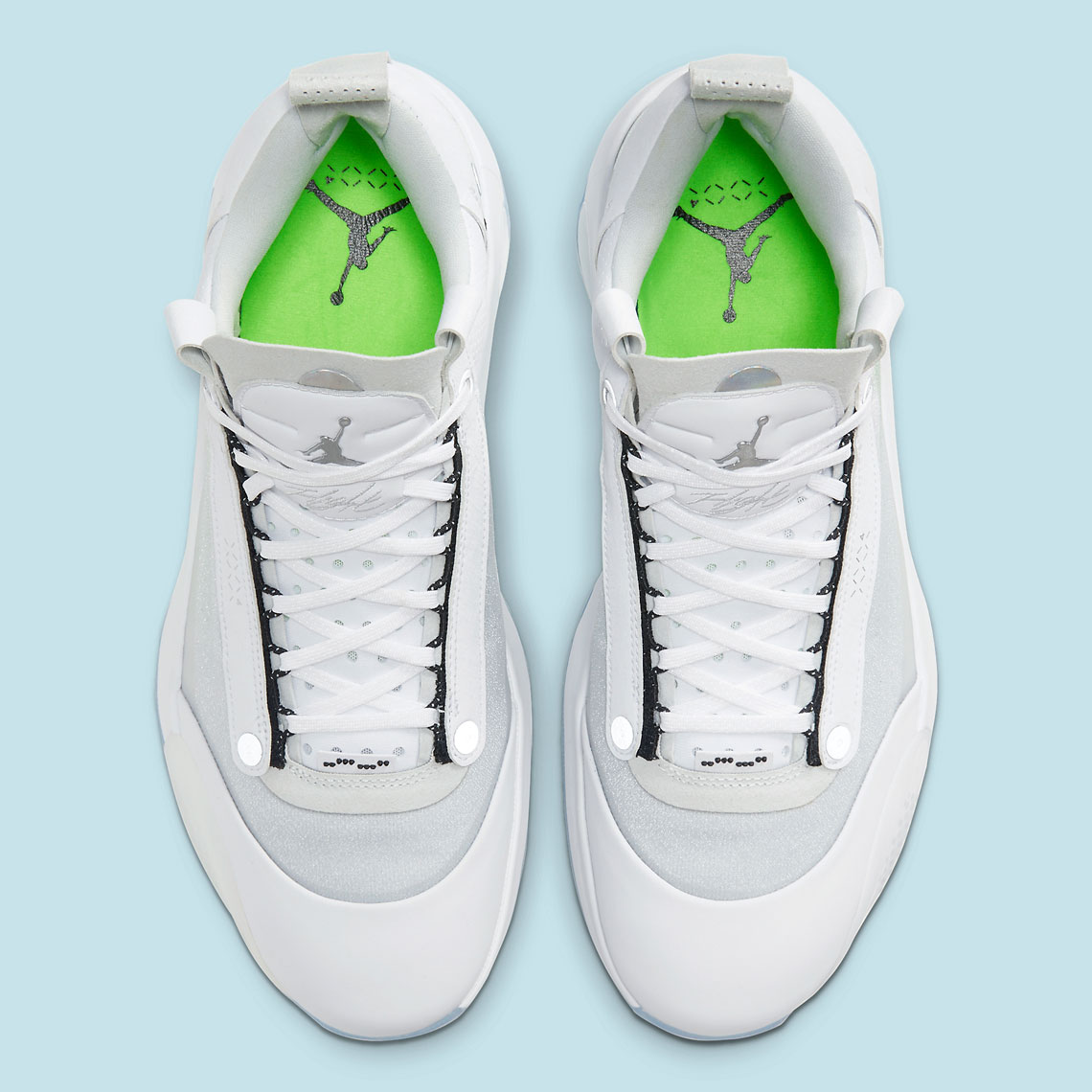 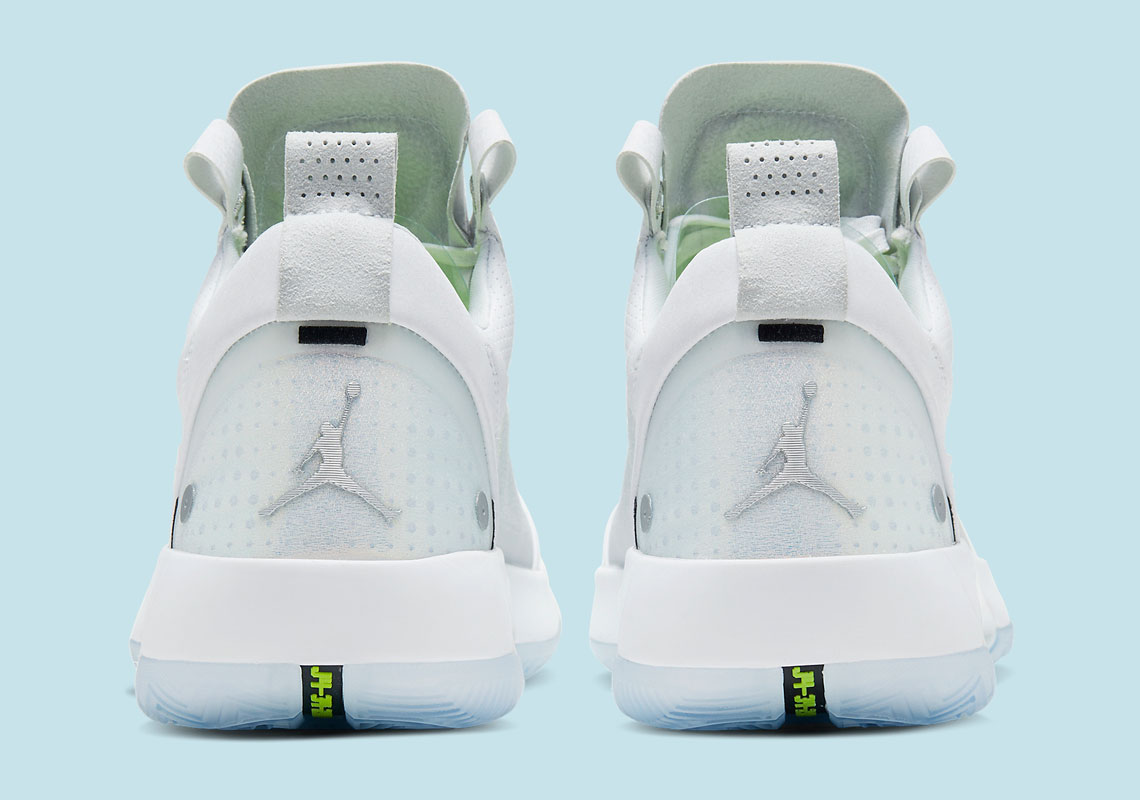 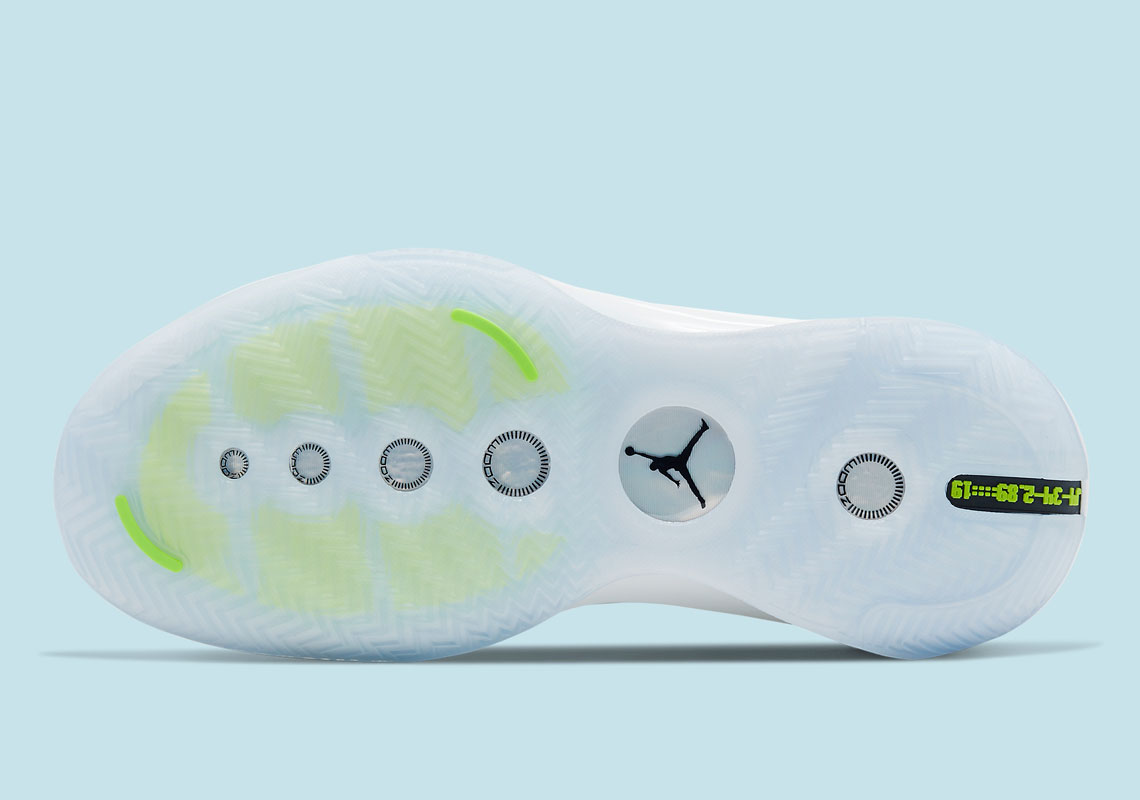