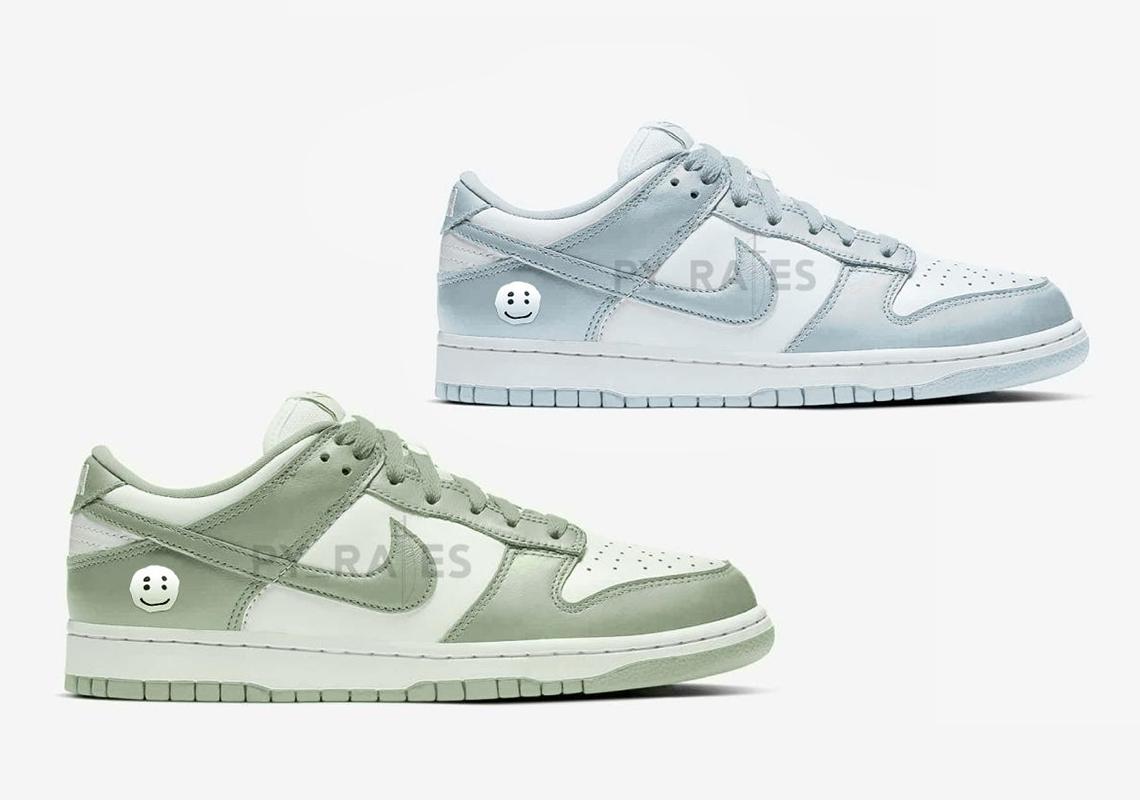 Emphatically mysterious and irrevocably replete of charm, Cactus Plant Flea Market was near destined for success right out of the get-go. Avid supporters the magnitude of Pharrell, NIGO, and ASAP Rocky have turned the imprint into a household name and even Nike is ever-the-fan as they’ve provided more than handful of official collaborations. The inaugural DIY-inspired Vapormax still sits high on the resell charts as does the Nike By You Blazer and Air Force 1, but the now leaked set of Dunk Lows may just beat out all of the above upon its release. Revealed by way of @pyleaks, the silhouette is set to receive two colorways: one a light set of Pure Platinum tones and the other a green-accented Spiral Sage led scheme. Both are likely to feature the streetwear label’s signature four-eyed smiley coupled with some more zany embellishments. Grab a look at the mock-ups here and sit tight for further word on its rumored Holiday 2020 release date.

In other news, the Triple Black Fear of God 1 releases this week. 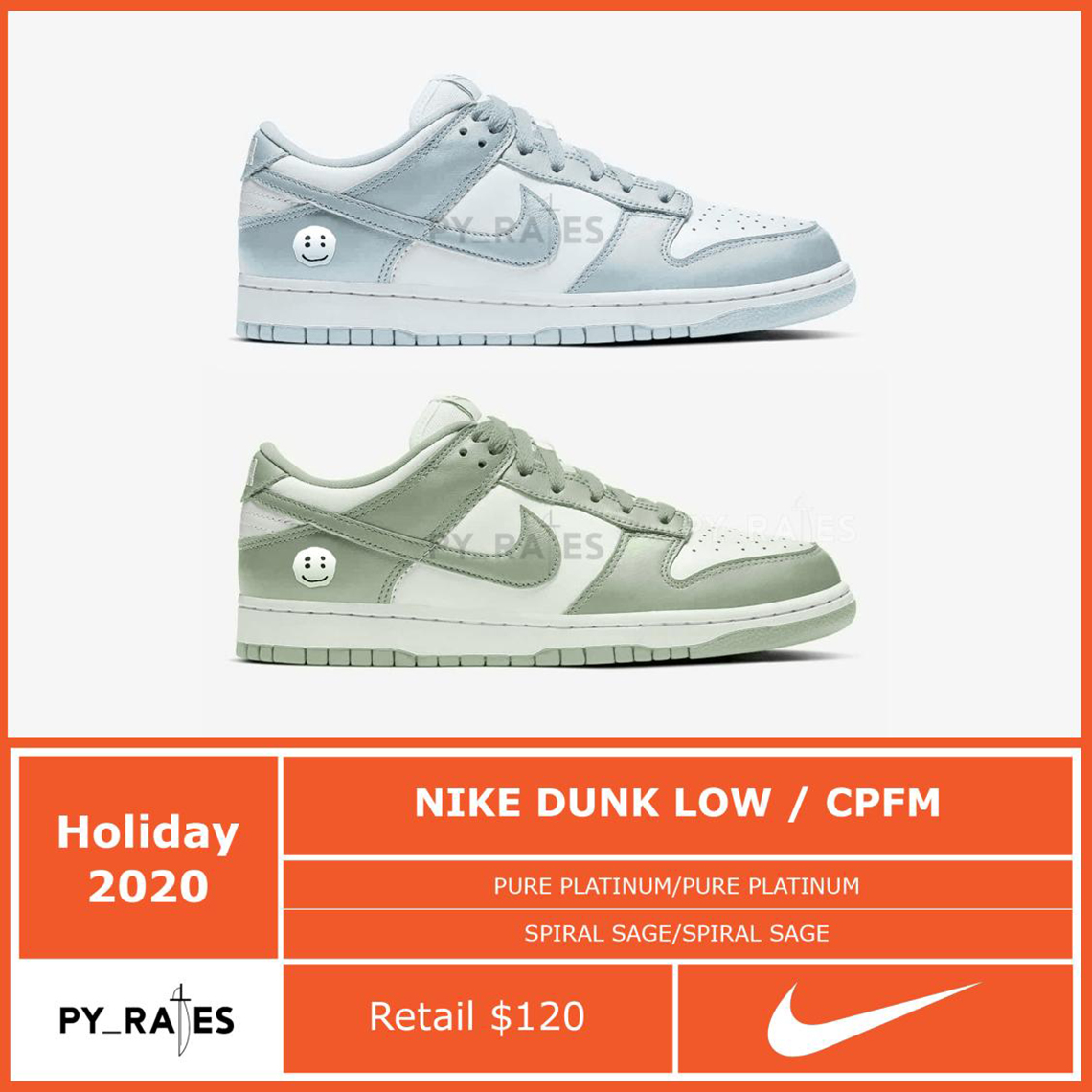