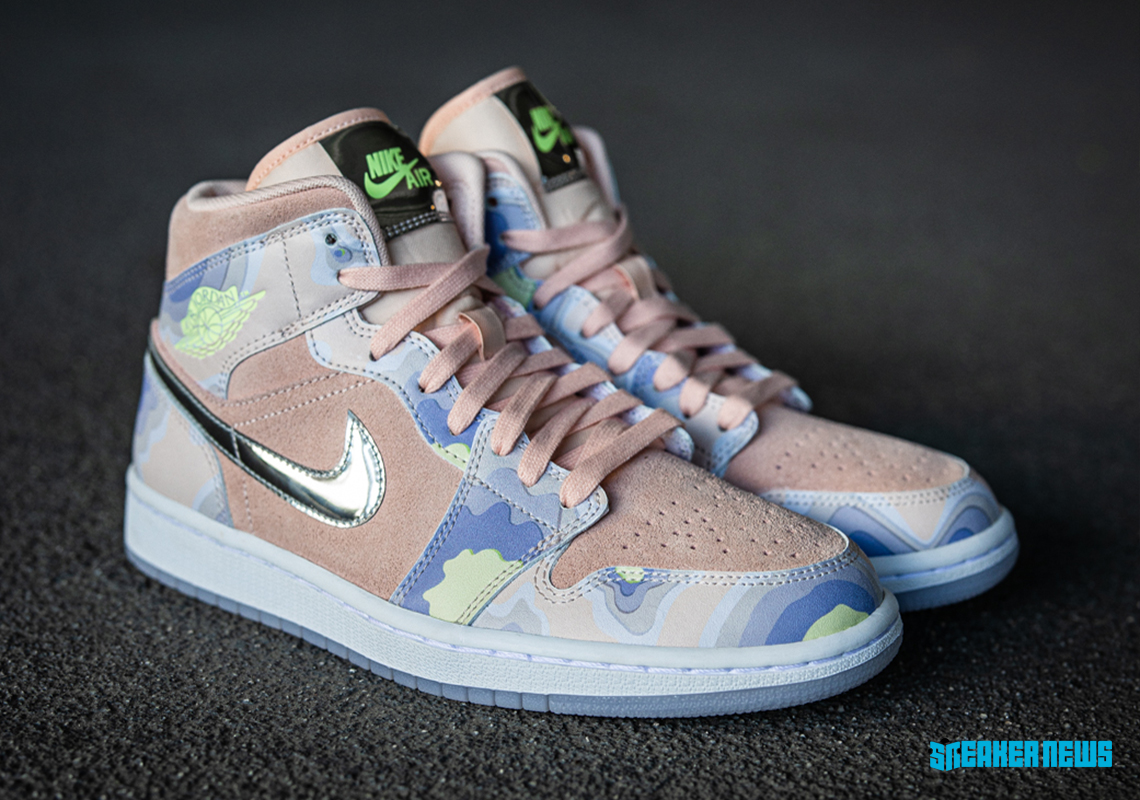 Foot Locker‘s long established relationship with Nike has produced more than a handful of exclusives. And after traveling the nation state by state, it looks the two are now set to embark on a more ambitious journey into the atmosphere, crafting a strong assortment of space-themed silhouettes alongside the entire Swoosh umbrella. Next to an Air Force 1 and a few men’s and kid’s standouts, the Air Jordan 1 sits as the lead of the “P(HER)SPECTIVE” sub-series. Its overlays, which are ostensibly influenced by the cumulus rather than the interstellar, hue to a pastel arrangement of blues, light volts, and some soft pinks that collectively border between clouds and topographs in likeness. Underlaid adjacent are sturdy suede panels whose much fuller display of floral notes are underscored by matching laces, linings, and tongues. Glossy branded patches and debossed insignia accent with neon “Nike Air” and Jumpman symbols while the side profile’s check is given a more visually pronounced silver metallic.

Grab a detailed look at these below, and if you’re looking to get your hands on a set, they’ll be available exclusively through the Foot Locker family of brands as well as Nike.com in late June. 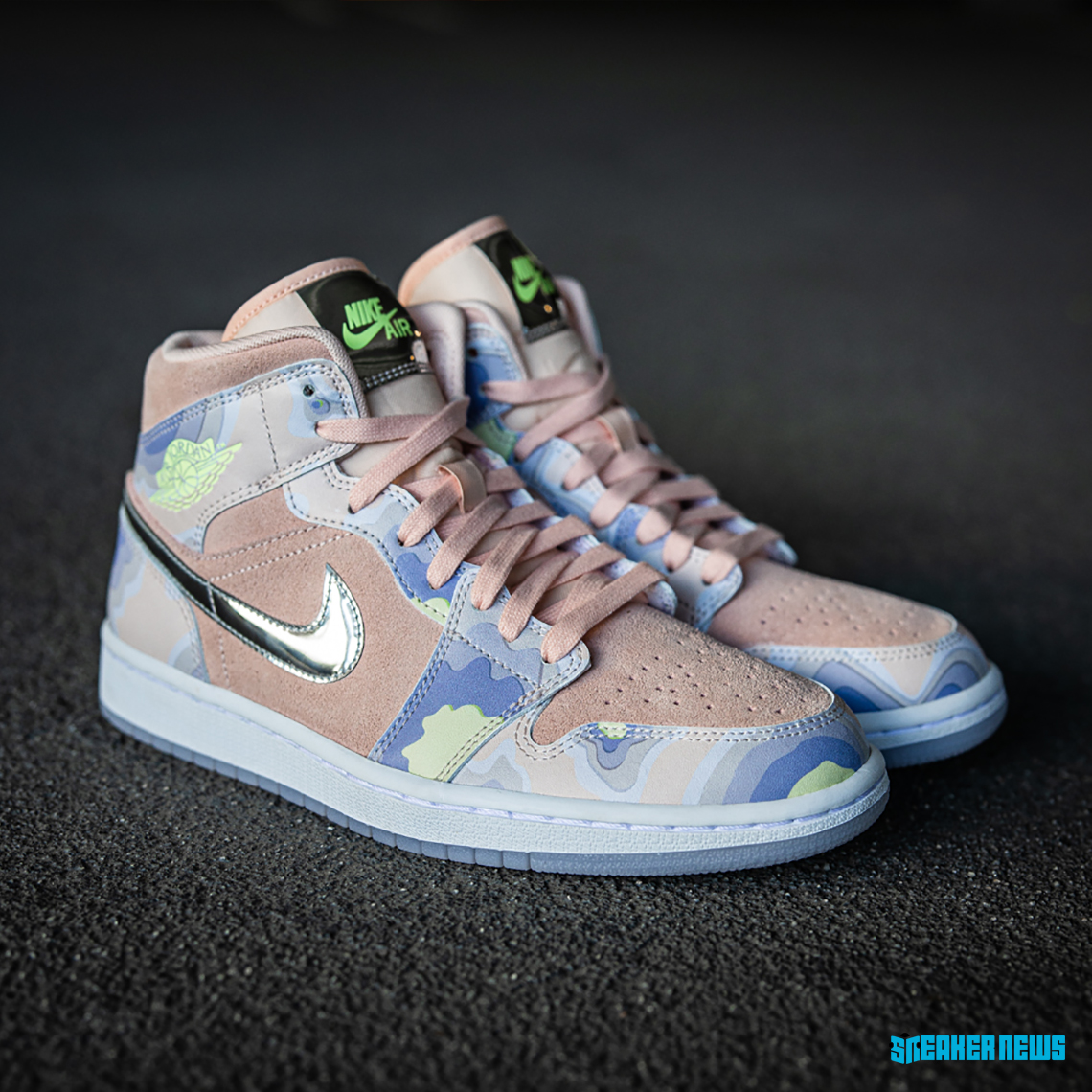 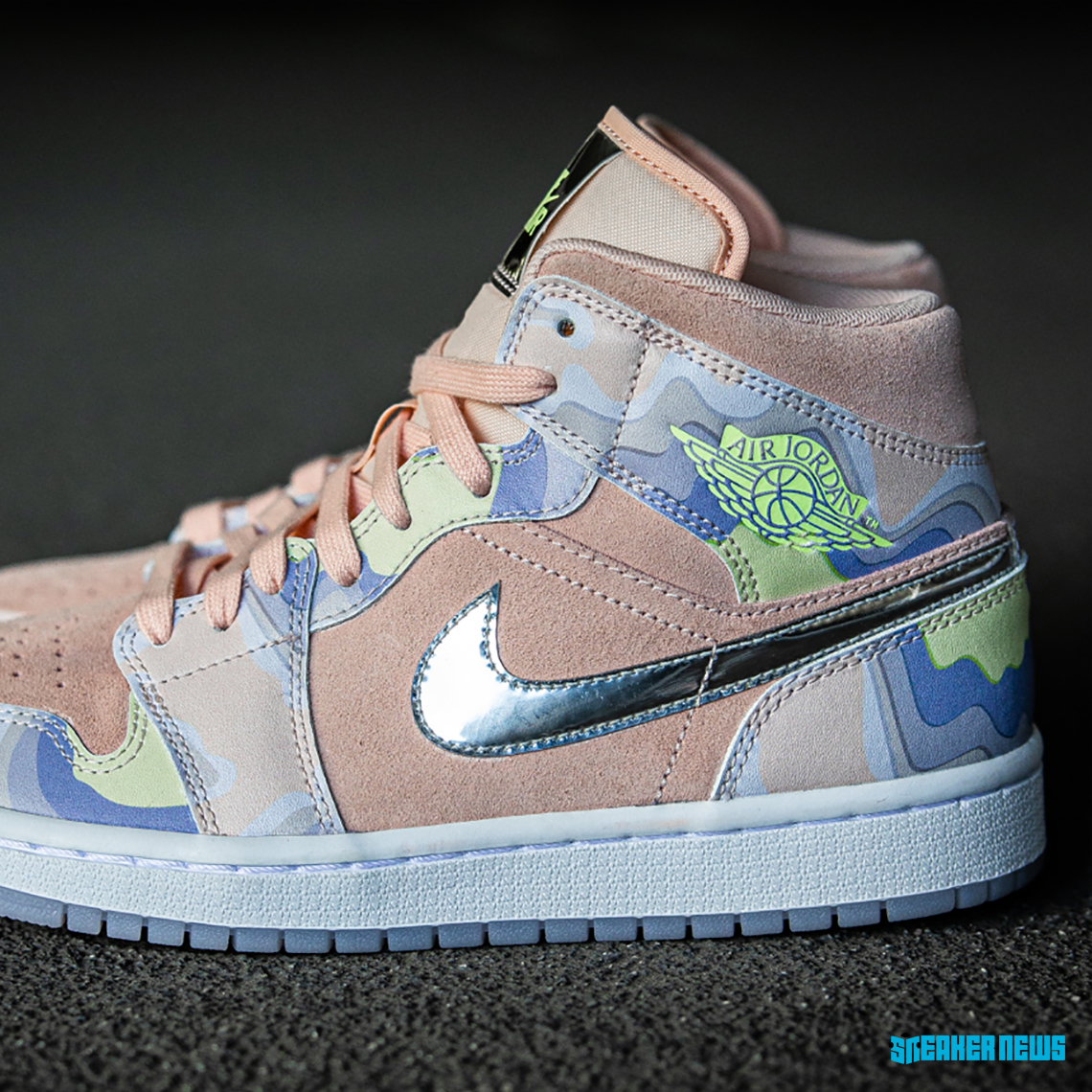 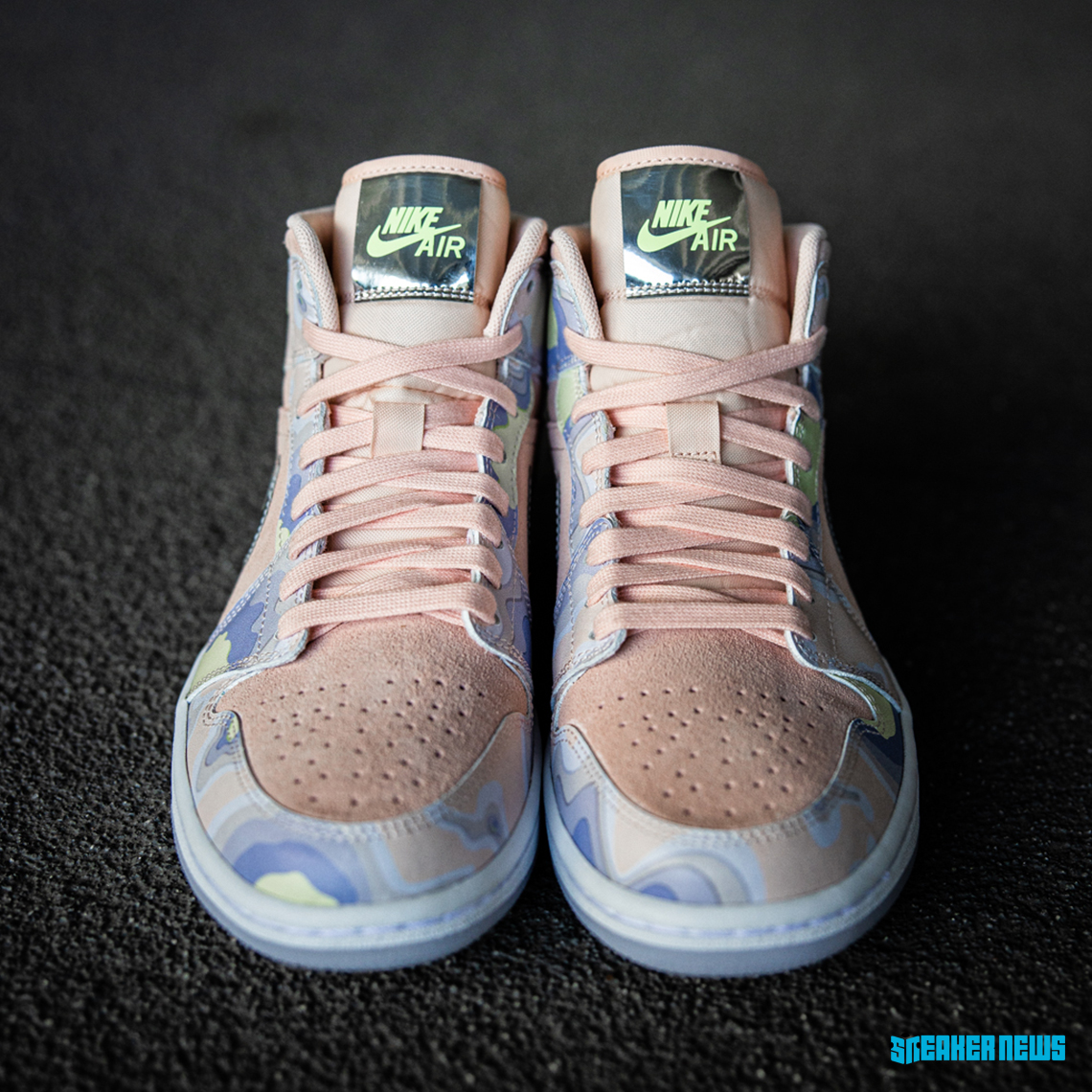