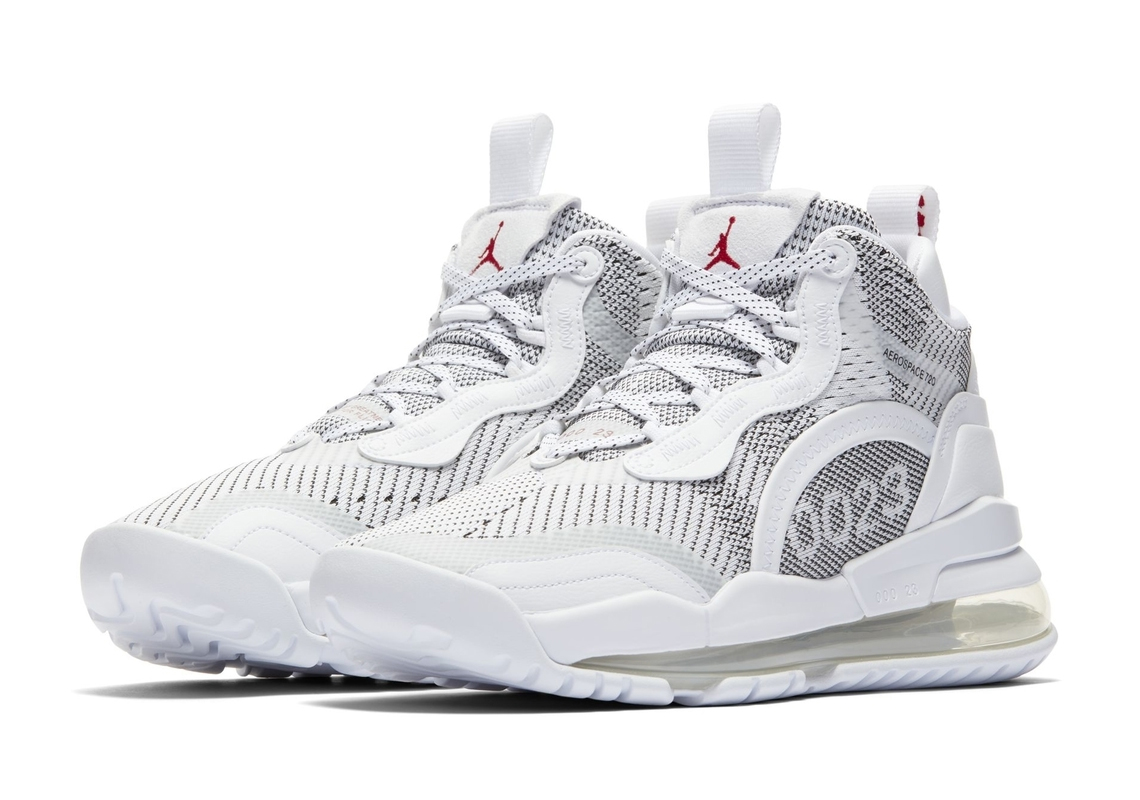 The Jordan Aerospace 720 has had an interesting set of releases since its inception, some colorways opting to lean on its technical aesthetic while others try to infuse somewhat unexpected styling. And after a brief hiatus away from the market, the brand is soft rebooting the silhouette as it switches up the materials for a much more visually striking knit. Weaves of bright white and grey shades run throughout the entire upper, marking with a small assortment of different patterns — some straightforward with diagonal lines and others more aggressive with a maximal dotting. Branded hits follow a similar geometric motif as “0023” and “JRDN” are spelled out by way of negative space. It’s not entirely clear if the upper is indeed a tailored Flyknit, or just an engineered weave of some sort. Grab a detailed look at the model’s newest upgrade right here and expect a release at Nike.com hopefully within the coming months.

In other news, Jordan officially announced the Trunner Ultimate. 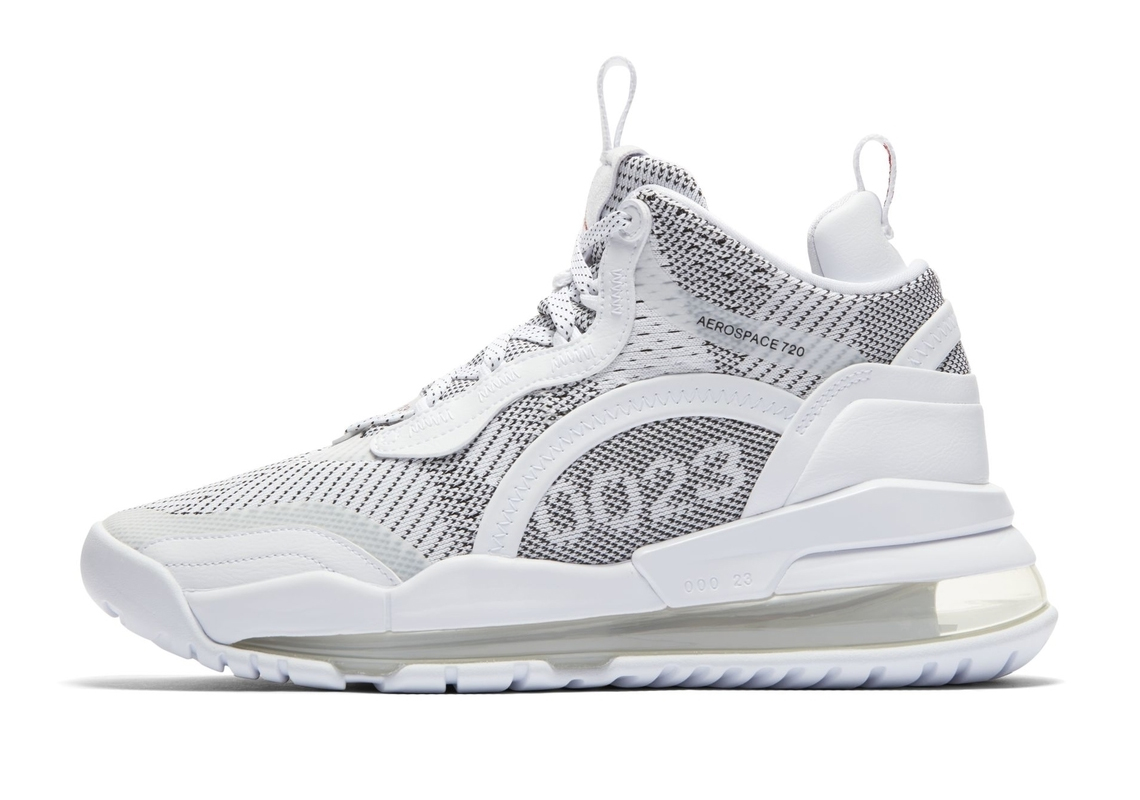 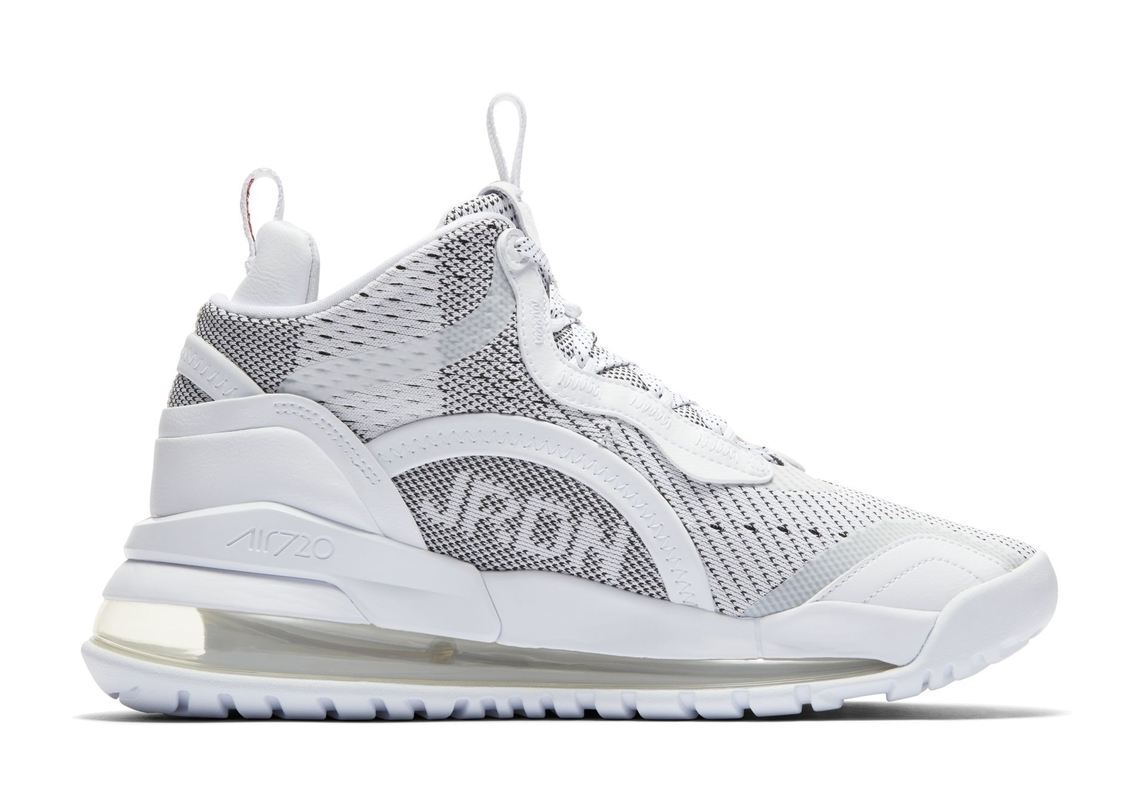 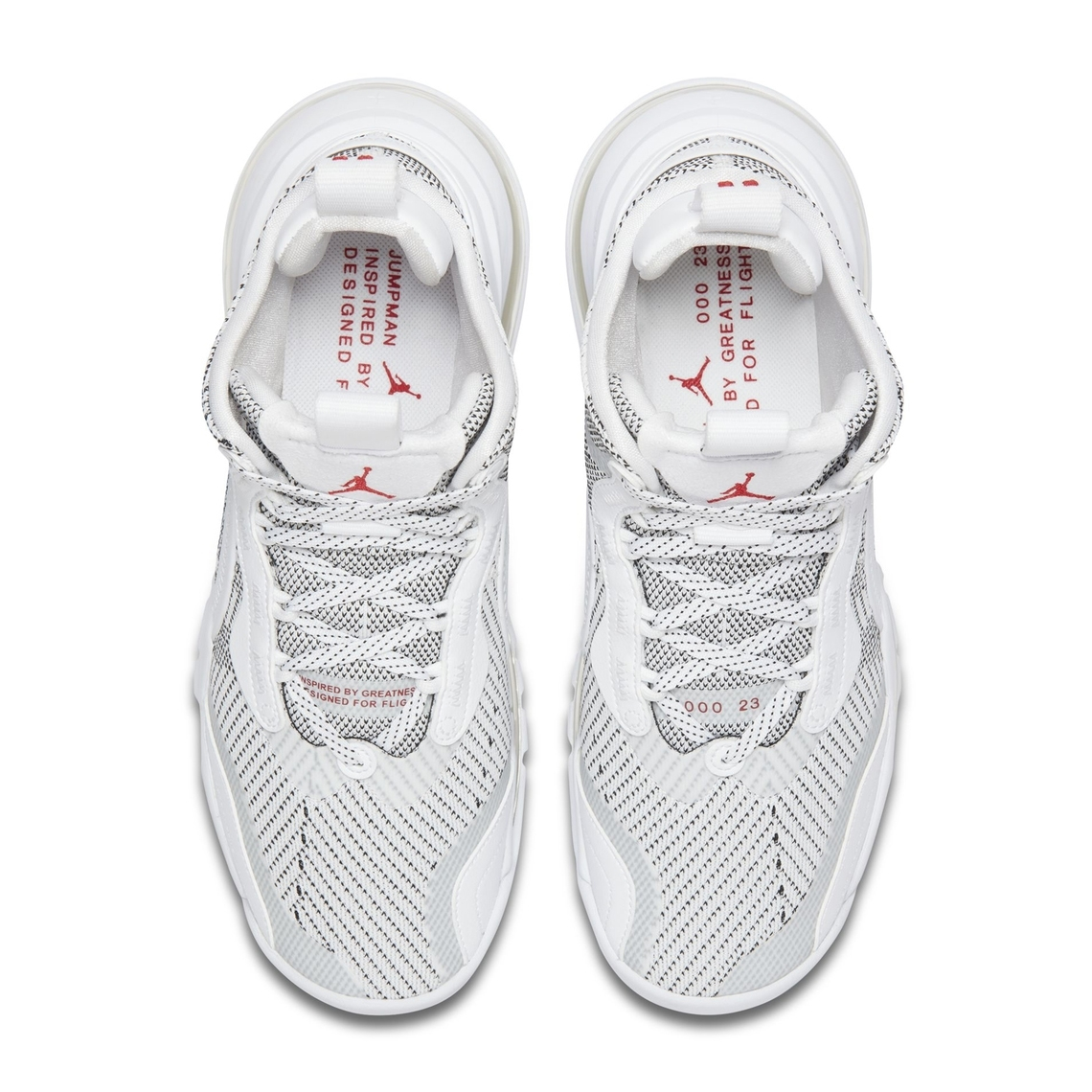 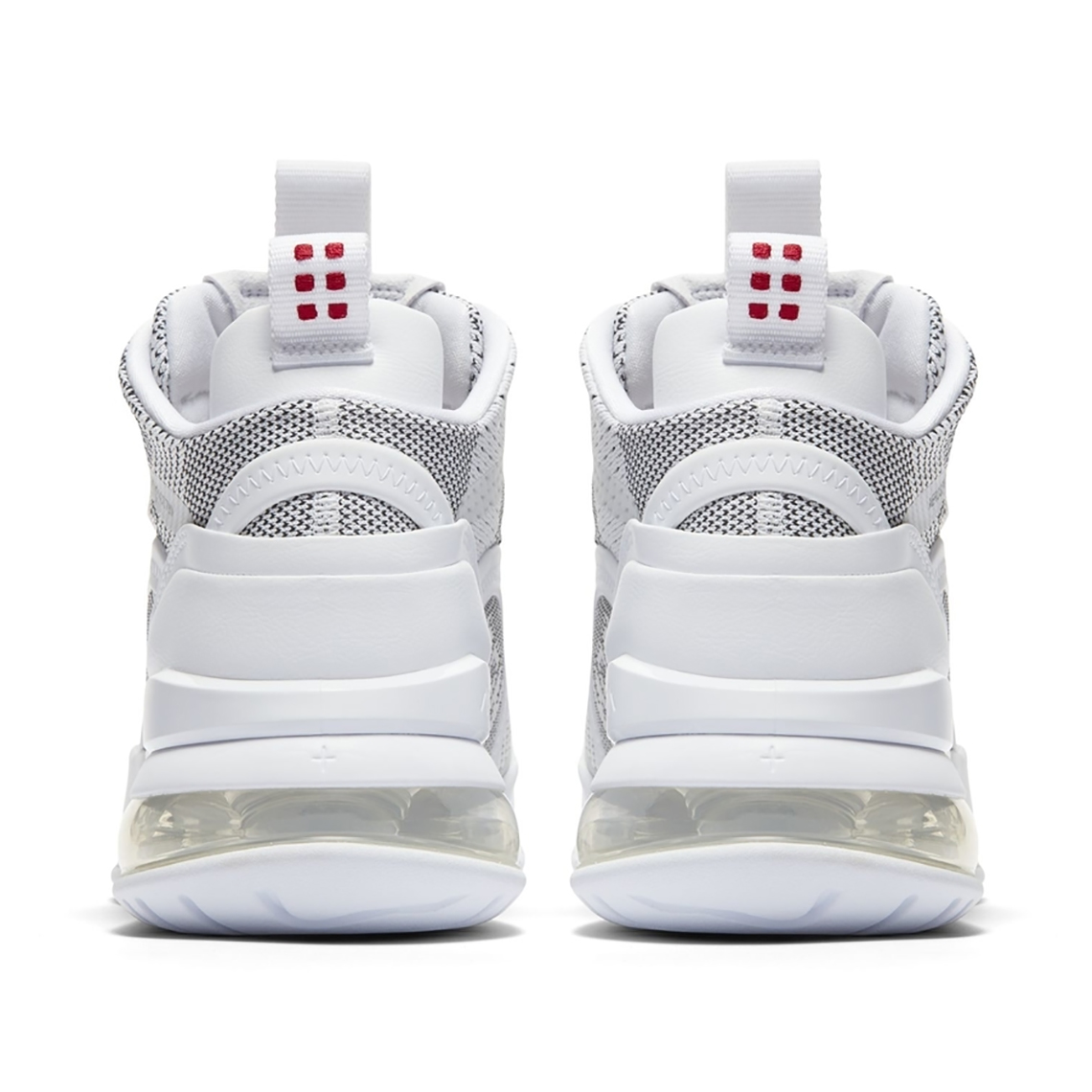 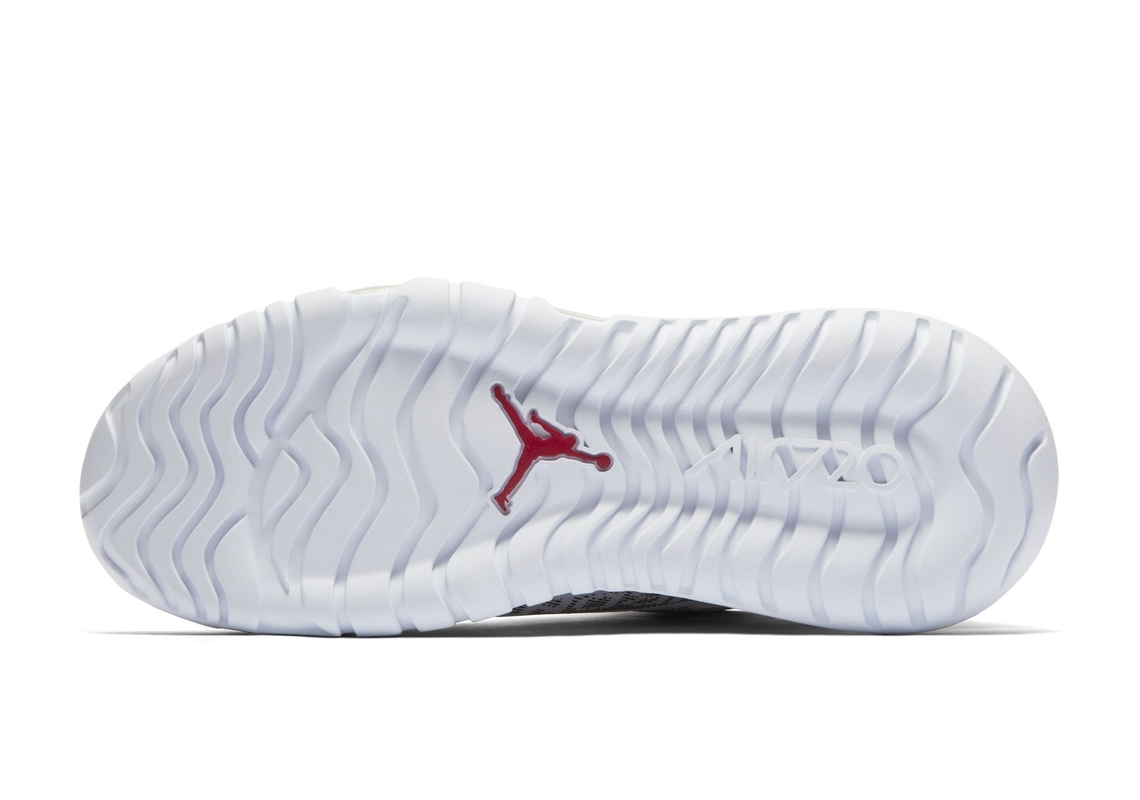 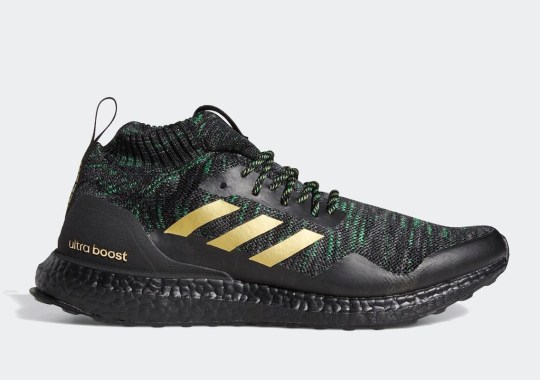 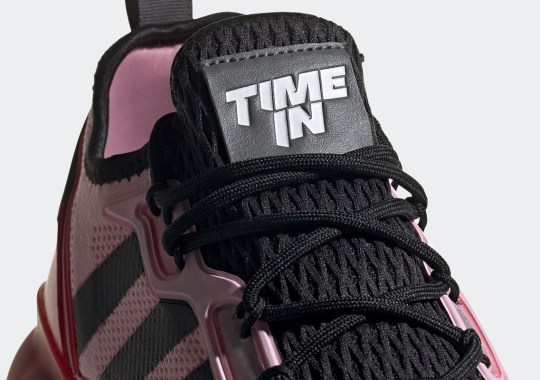