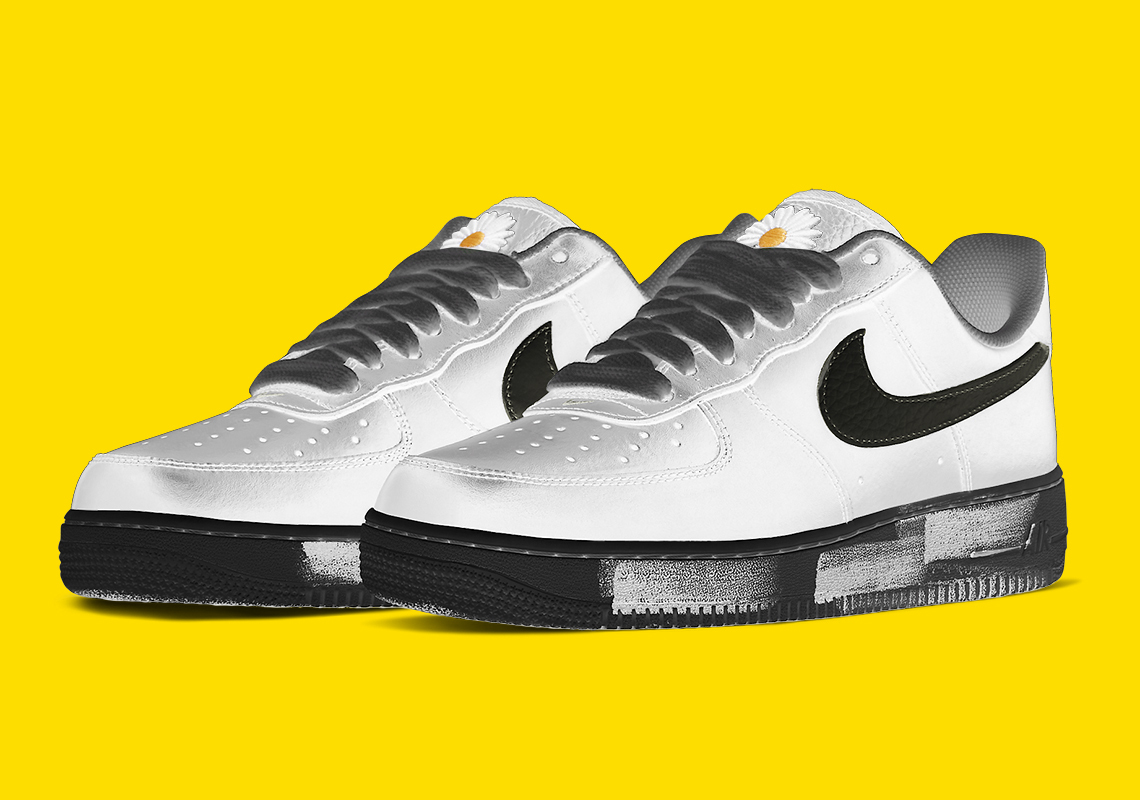 Though long a part of the Nike family, G-Dragon only recently received an official collaboration late last year, one that both honored his release from the military as well as his influence throughout the music and fashion world of South Korea. One of the first to stand on the brand’s global stage, the Big Bang leader made history with his Air Force 1 “PARANOISE” and it’s now rumored he’ll be proffering an ACT 2 later this year. Far more involved than what the sequel was originally rumored to be, the forthcoming pair essentially flips the colorway of the OG, swapping the black upper with a much brighter coat of white. Swooshes, lining, and the tooling now arrive in dark black alongside, with the latter piece still adorning with contrast paint streaks. Daisy logos — a signature of the artist’s PEACEMINUSONE label — sit stamped along the tongue as expected, meaning its likely the upper will wear away to feature some brand new artwork. Grab a look at what could be right here and expect a release to arrive hopefully this Holiday 2020.

In other news, the Nike Air Force 1 Worldwide heads to Japan for inspiration.