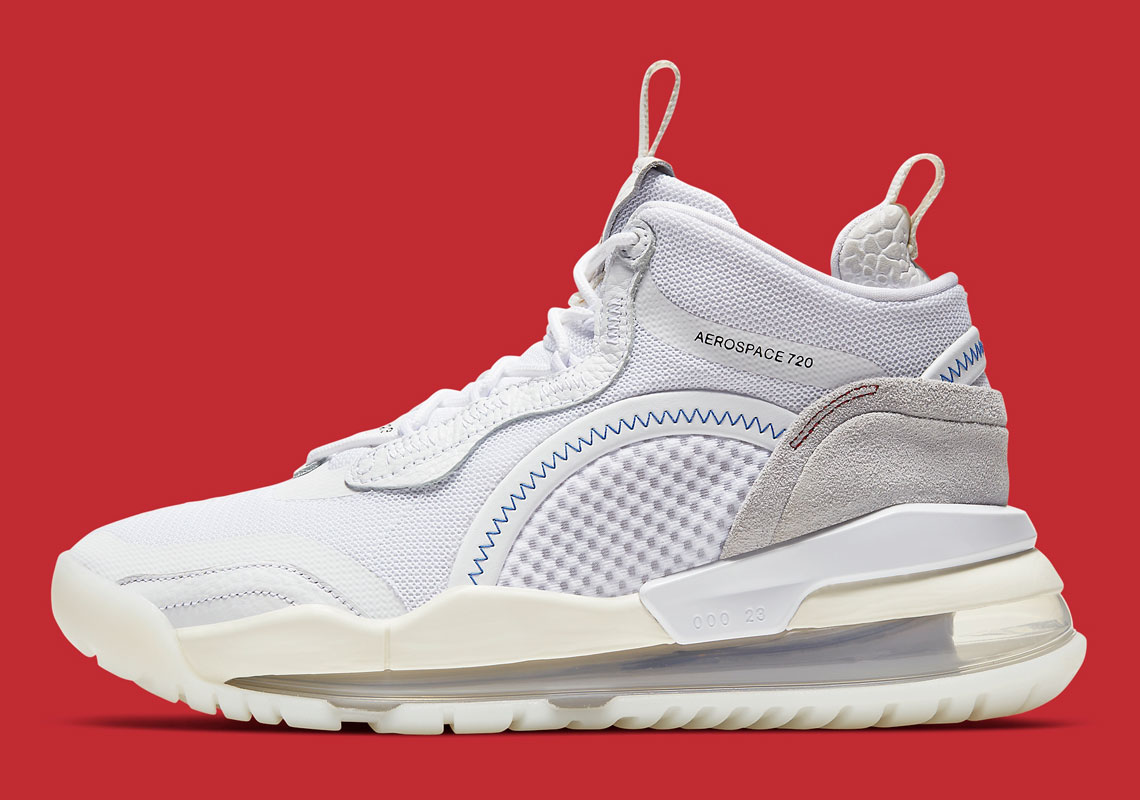 While a newer chapter in Jordan Brand’s 36-year-history, the Jordan Aerospace 720 is unquestionably rooted in the future-forward design prevalent throughout the Air Jordan line. The silhouette’s latest delivers basketball heritage in a more lifestyle-friendly build.

Forgoing the pastels from a collaboration with Lyrical Lemonade, uppers on this forthcoming Aerospace 720 are clad in equally light tones. Shades of “White” cover this pair’s entire mixed-material top-halves, which don non-standard tumbled leather and suede overlays throughout the forefoot, throat and heel. “University Red” and “Hyper Cobalt” – which appeared on the Aerospace 720 PSG – animate branding on the tongue and accent stitching across the midfoot and rear. The scarlet hue also interrupts the Nike Air Max 720 cushioning unit’s cream arrangement underfoot.

No launch date is yet known for this near triple-white Aerospace 720, but pairs are likely to arrive quietly to Nike.com in the coming weeks.

In other Jordan release dates for 2020, the Jordan 1 Court Purple finally releases stateside on April 11th after numerous delays. 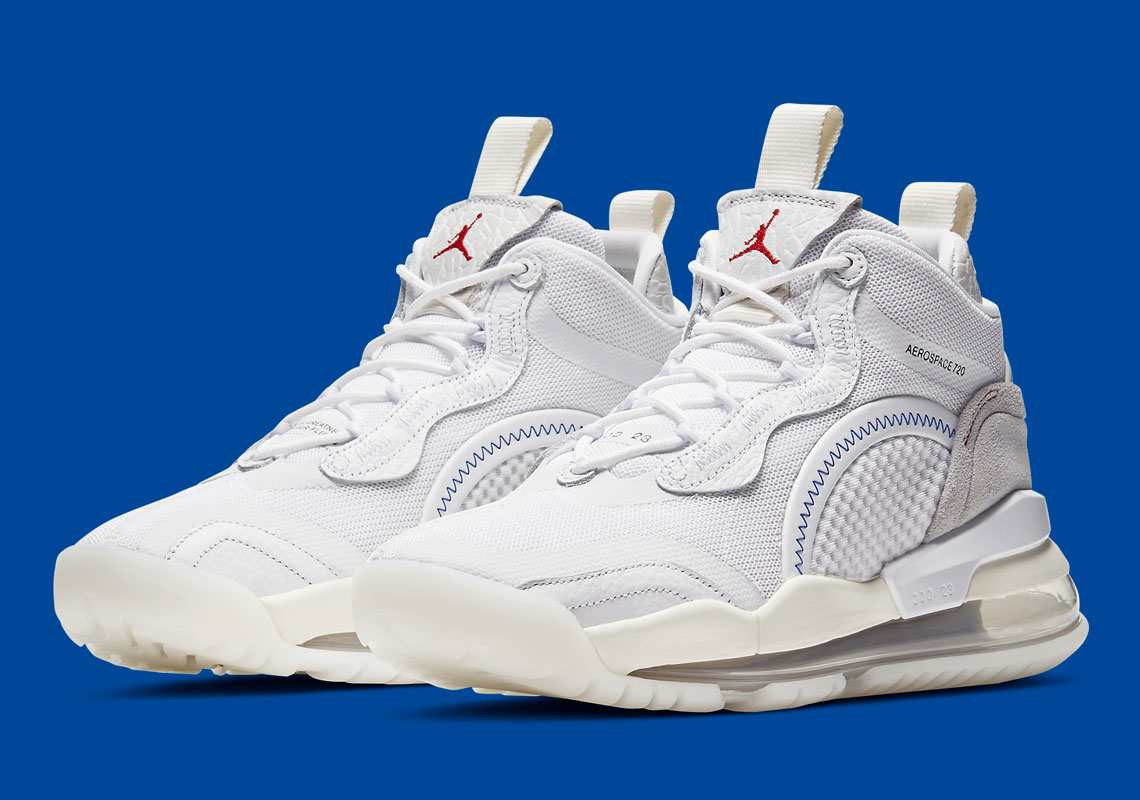 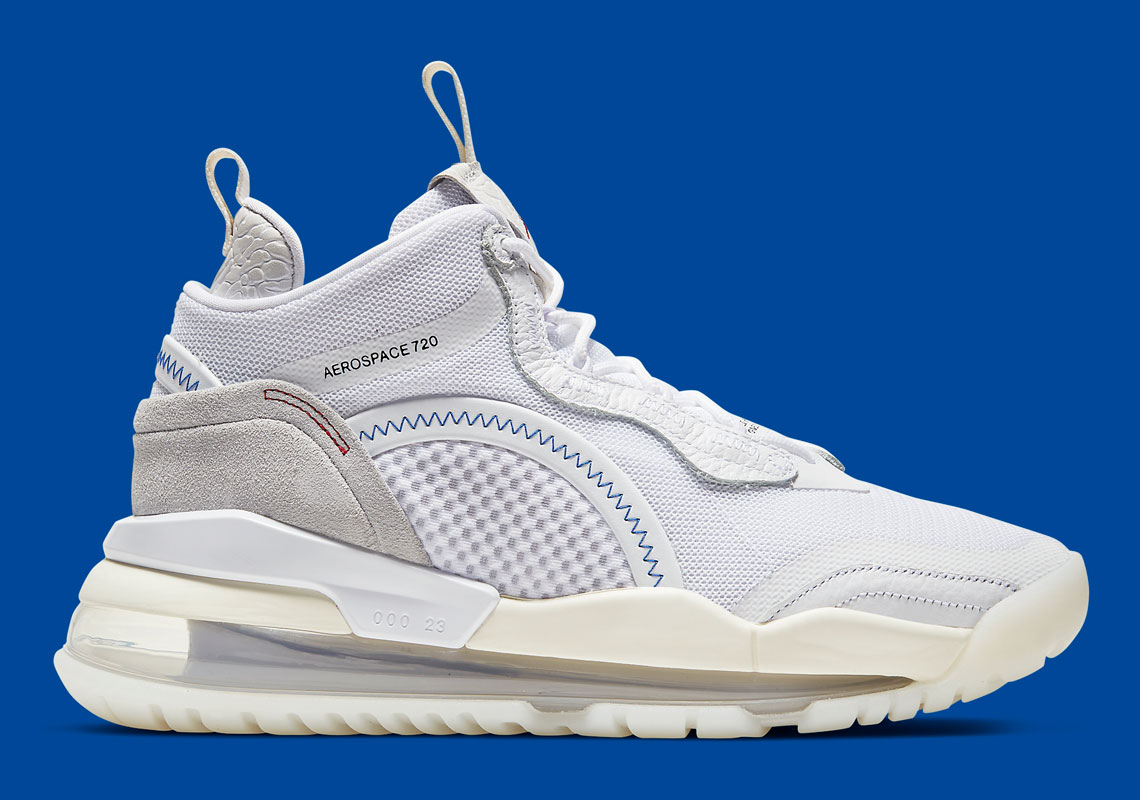 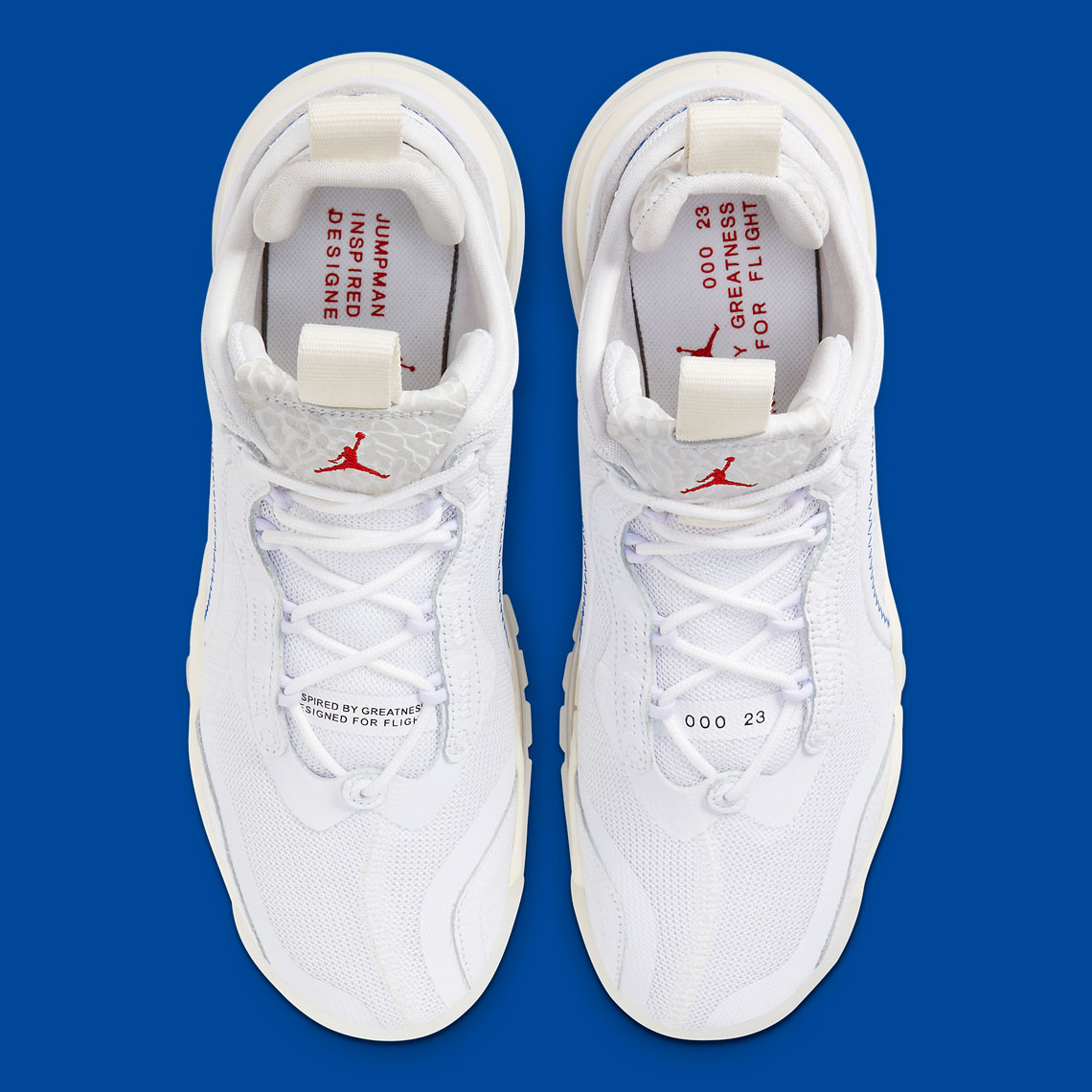 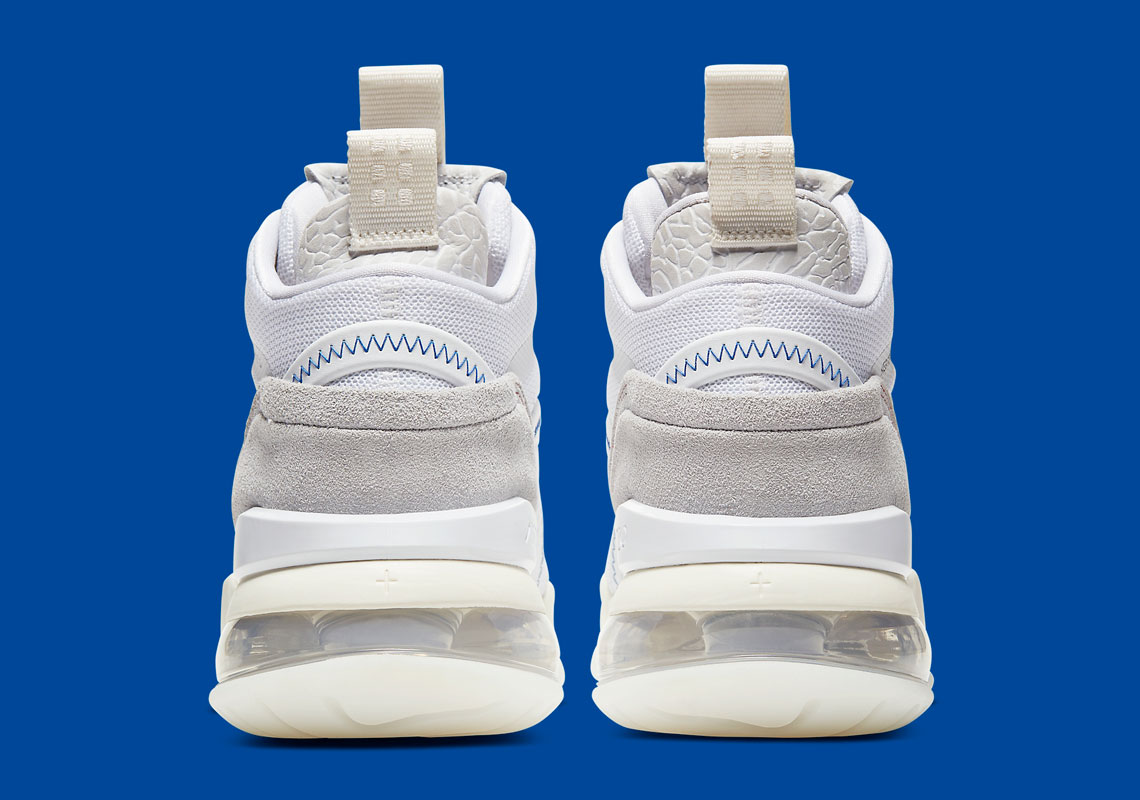 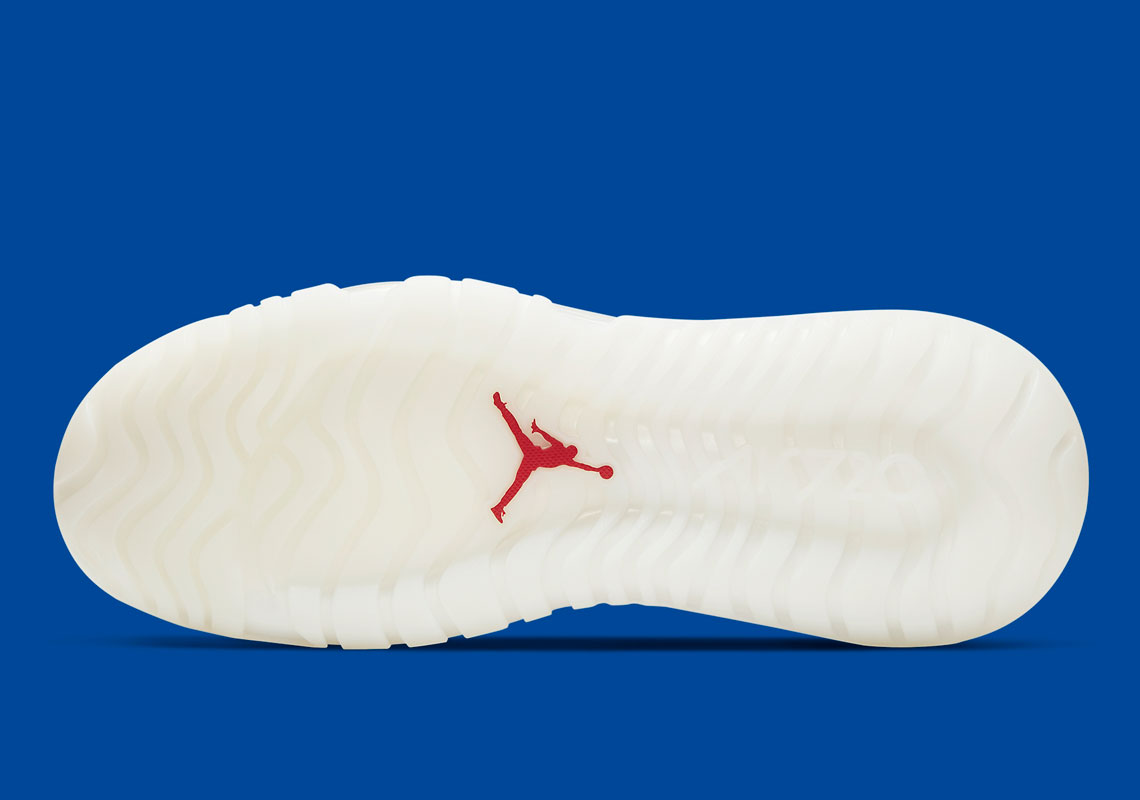