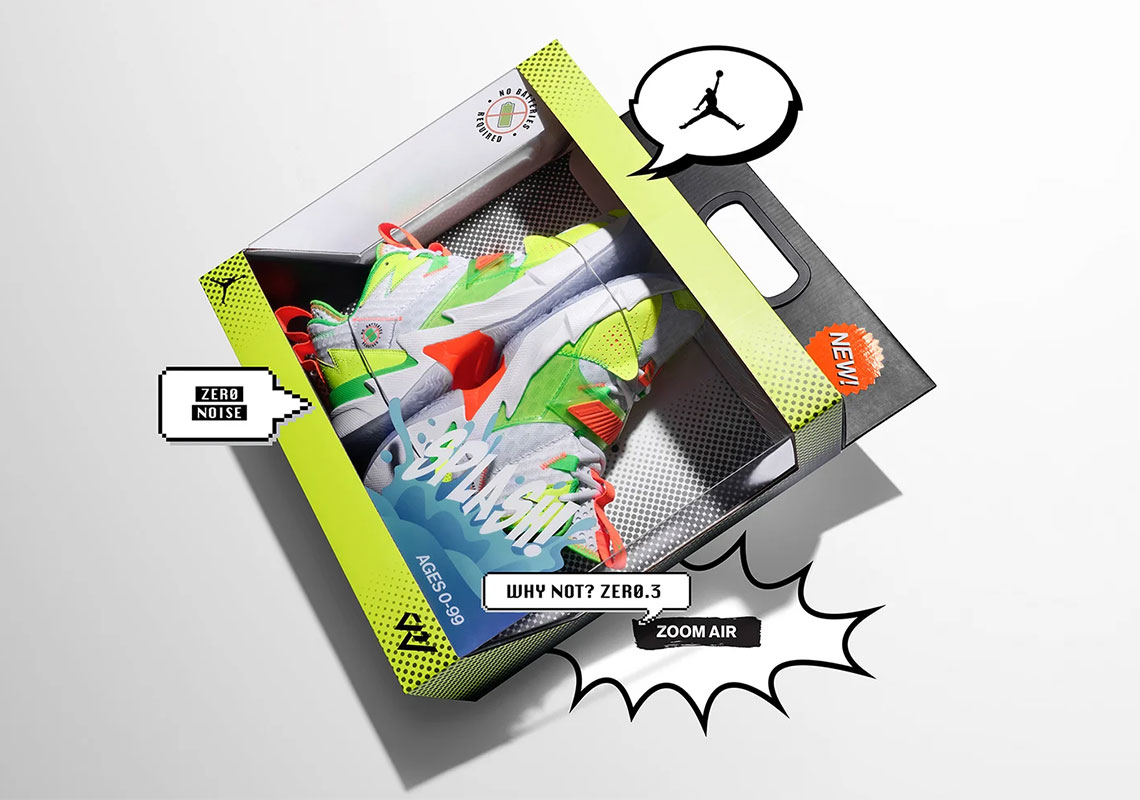 Official Images Of The Jordan Why Not Zer0.3 “Splash Zone”

Even though the NBA season has since been suspended, many of the players’ releases have stayed relatively on track. Russell Westbrook‘s constantly expanding roster of PEs, whose colorways have long since impressed with their diversity and inspiration alone, is now set to drop one of its first full-fledged releases since the start of the new year. Originally scheduled for April — and hopefully kept that way — the athlete reprises the Super Soaker theme with his most up-to-date signature, the Why Not Zer0.3, giving it an homage that leaves very little to the imagination. Replete with the signature colors of the water gun itself, the silhouette comes to life with bright white bases and attached accents of volt green and vibrant neon orange. The latter, kept at the smaller details such as the heel and tongue pulls, strap molds, and tooling trims, plays a much smaller supporting role next to the proprietary green, which aggressively outfits the varied materials of the forefoot, eye stay, and heel panels. Finished by a special, commemorative box and a “No Batteries Required” stamp, the pair effectively captures the nostalgia of pre-technology fun. Grab an official look here at the “Splash Zone” and sit tight for word on its April launch.

In other news, a Laser Orange Jordan 34 is on the way. 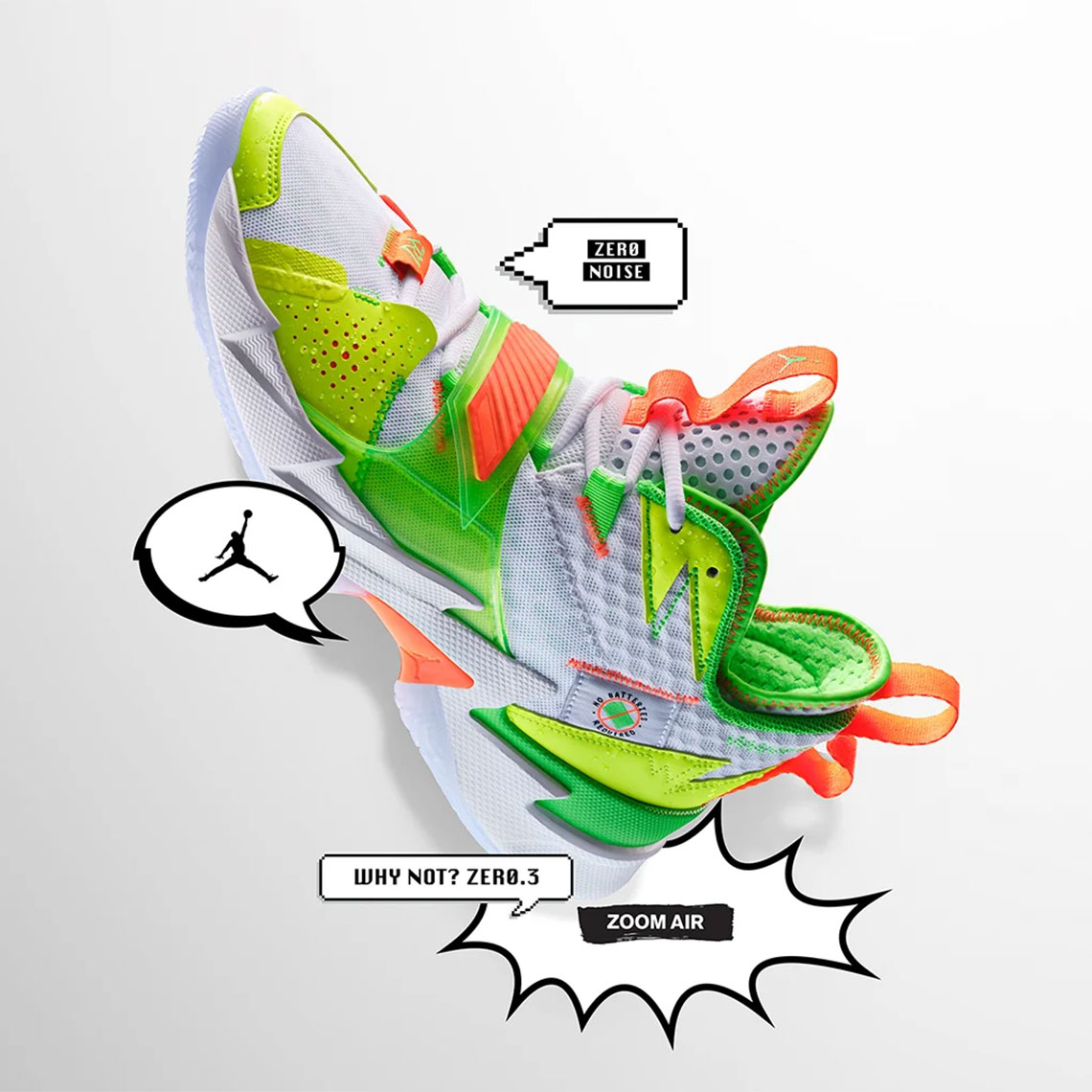 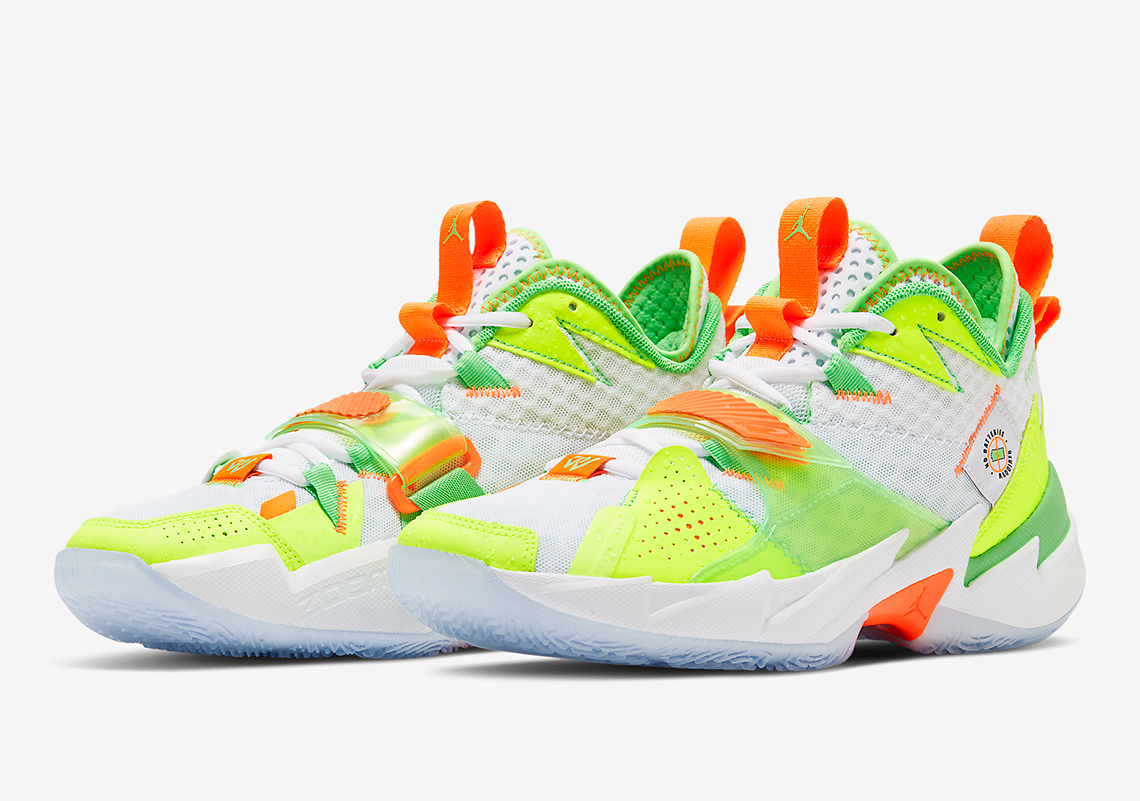 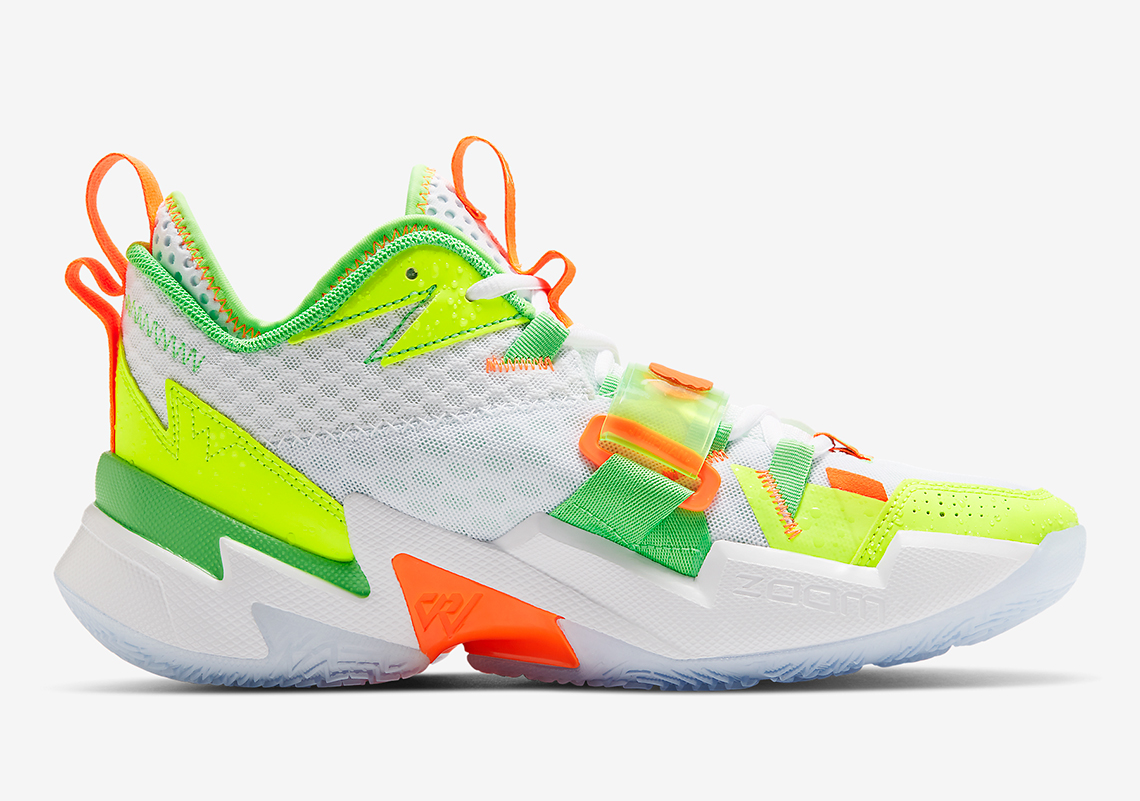 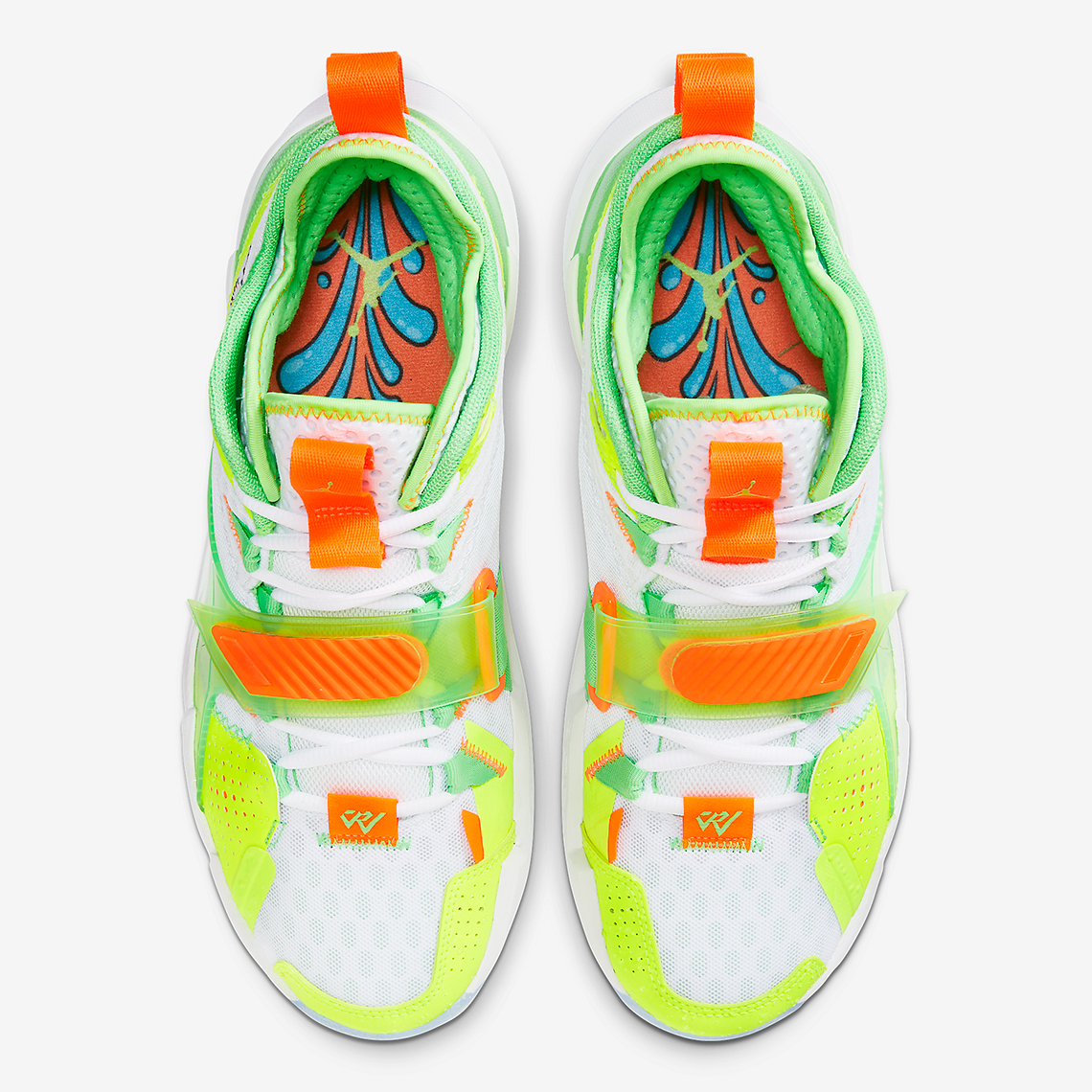 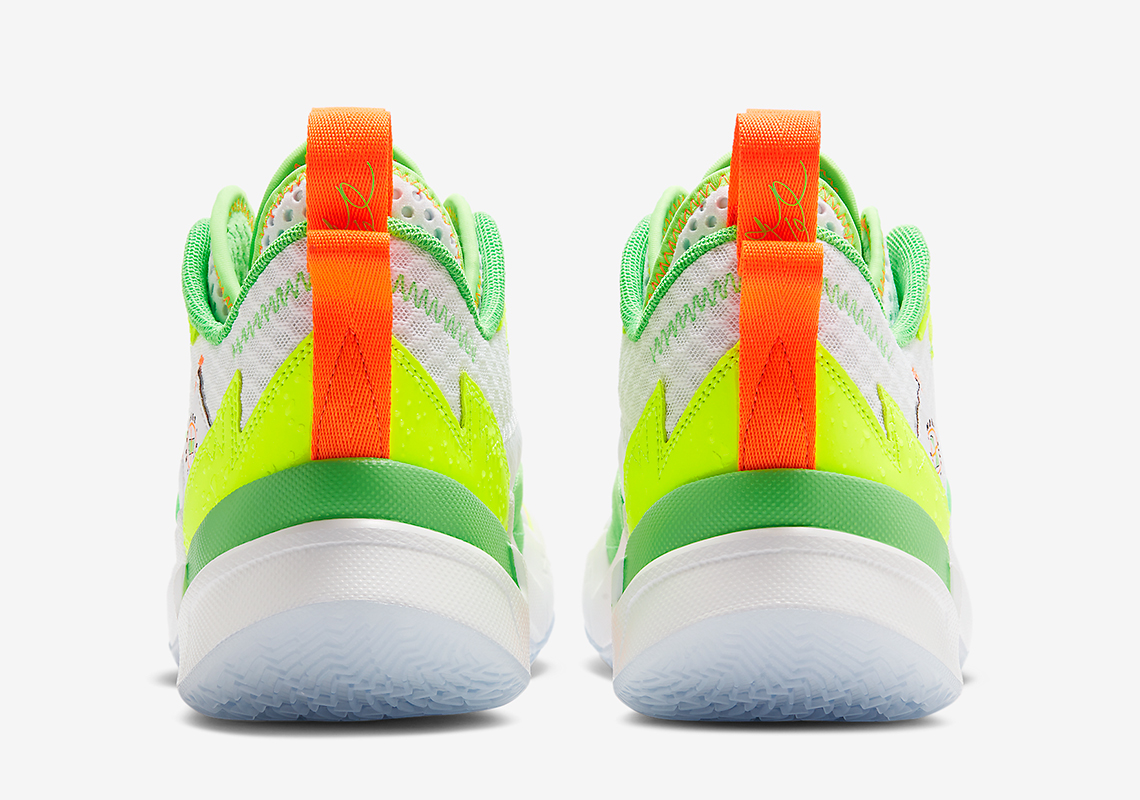 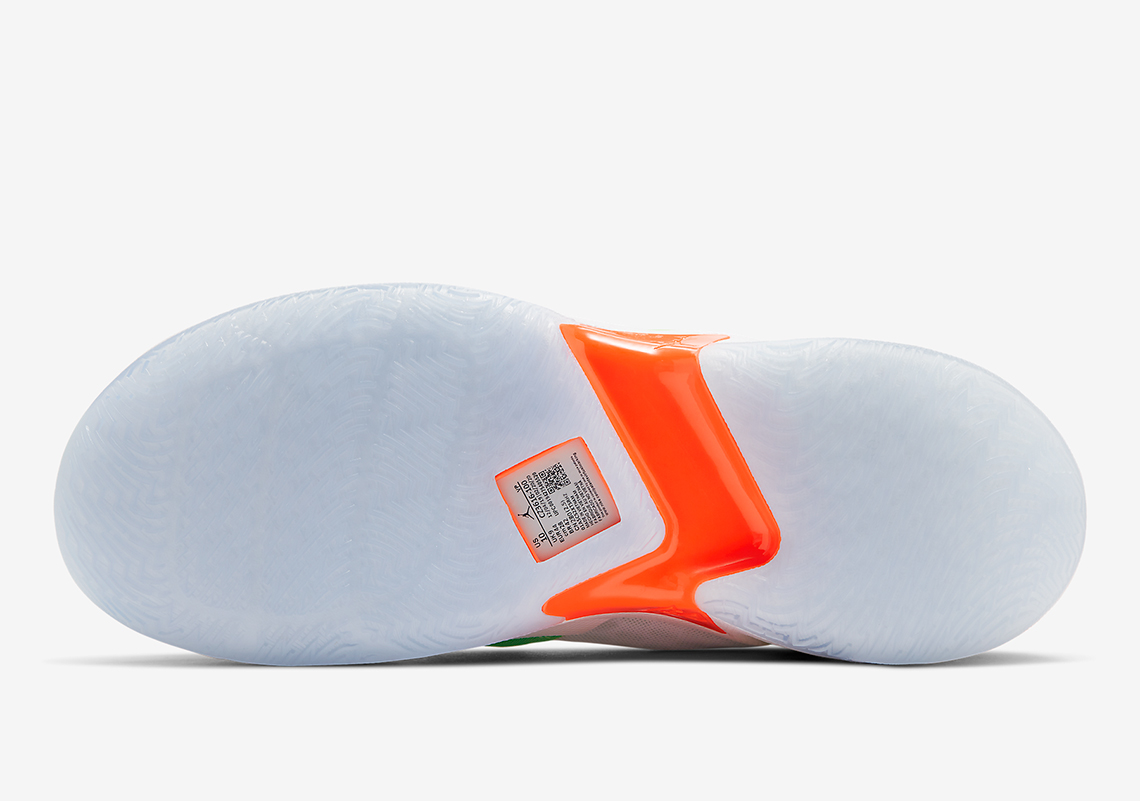