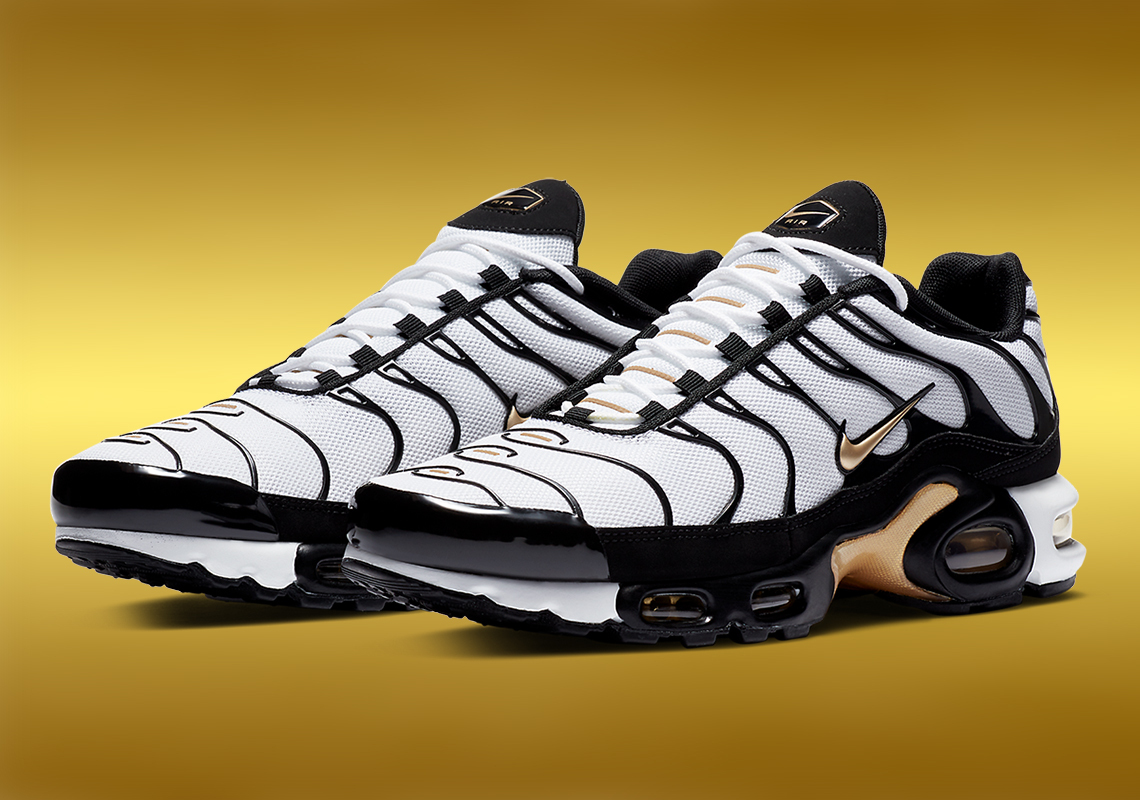 The Nike Air Max Plus Boasts A “DMP” Style Colorway

Never hesitant to reference itself, NIKE, Inc. has recently added an Air Jordan “Defining Moments Pack”-like arrangement to the Air Max Plus.

“White” mesh uppers on the cult-classic are more reminiscent of the aforementioned pack’s Jordan 11 than Jordan 6, which reissued in April for the first time since 2006. Yet, “Black” and “Metallic Gold” accents throughout – namely at the midfoot – proffer a look as equally striking as that of Michael Jordan’s footwear of choice during the starts of his set of NBA championship three-peats. The color tri-fecta spills over underfoot as Tuned Air windows and their surroundings divvy up their fair share of champagne and “yin-and-yang” hues. As is customary with the 1998 silhouette, a half-yellow “Tn AIR” badge is affixed to the center of the outsole, which further indulges in the “DMP” palette.

A release date is still unknown, but this Air Max model is likely to arrive quietly to Nike.com during summer. In the meantime, enjoy official images of the pair here below.

For more from NIKE, Inc., check out the Jordan 13 “Flint” returning on May 30th.