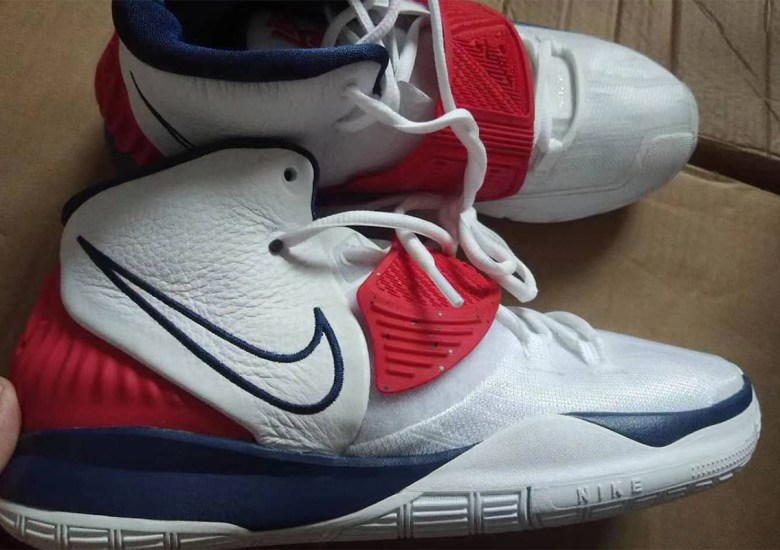 Nike’s unofficial USA-themed footwear has been noticeably picking up the pace recently in terms of its reveals, and the latest to emerge on the scene is this impending Kyrie 6 colorway. While the hoops-ready model has already released with a patriotic scheme, this forthcoming installment can be considered an alternate version as reflected by its color arrangement. Base layers are left untouched to a white hue, while navy accents paint over its midsoles, and cherry red hues cover its carved-out heel counter and midfoot strap entirely. Deviating from the previously dropped makeup, these trade out its gradient Swooshes for a simple bold outline, and swap out its patterned sock liners for a cleaner finish. Although Irving won’t be representing the 50 states on the court this Summer, you can add these to your rotation when these hit Nike.com and select retailers likely in the coming weeks.

For other Nike-related news, here’s a store list for the upcoming Travis Scott Air Max 270s.