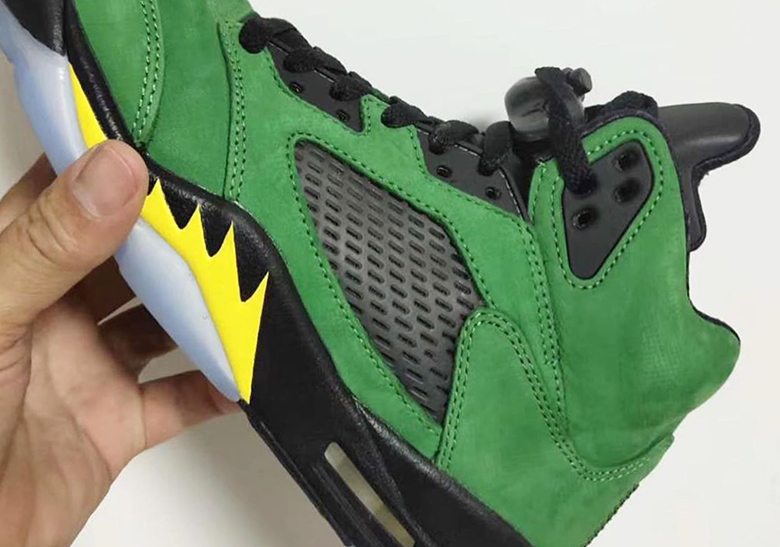 Leaked just a bit in advance late April, the Air Jordan 5‘s upcoming round of colorways not only spans some Top 3 inspirations but also the famed Oregon Ducks color scheme. And as the mock-up displayed previously, the pair arrives in a full green suede outfit accented only in seldom by the pairing’s signature complement. Instead, black neutrals seem to dress alongside more commonly as they touch up the cages at the profile, the tongue’s leather and lace fixtures, and much of the entire midsole. Elsewhere, a subtle hint of yellow adorns the spikes seen near the forefoot as well as the tucked away insole, while the typical “Nike Air” at the heel is removed for a less than subtle branded patch. Grab a quick look at these right here, and if you’re hoping to grab a set, they’re currently rumored to release on September 12th at a retail of $225 USD.

In other news, a Fragment inspired Kids Air Jordan 1 Mid was revealed. 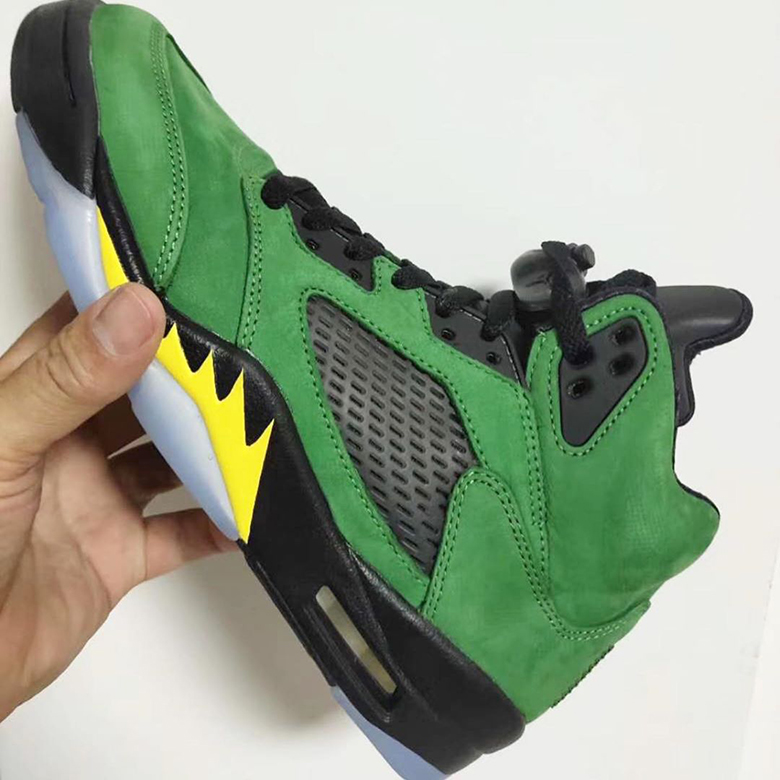 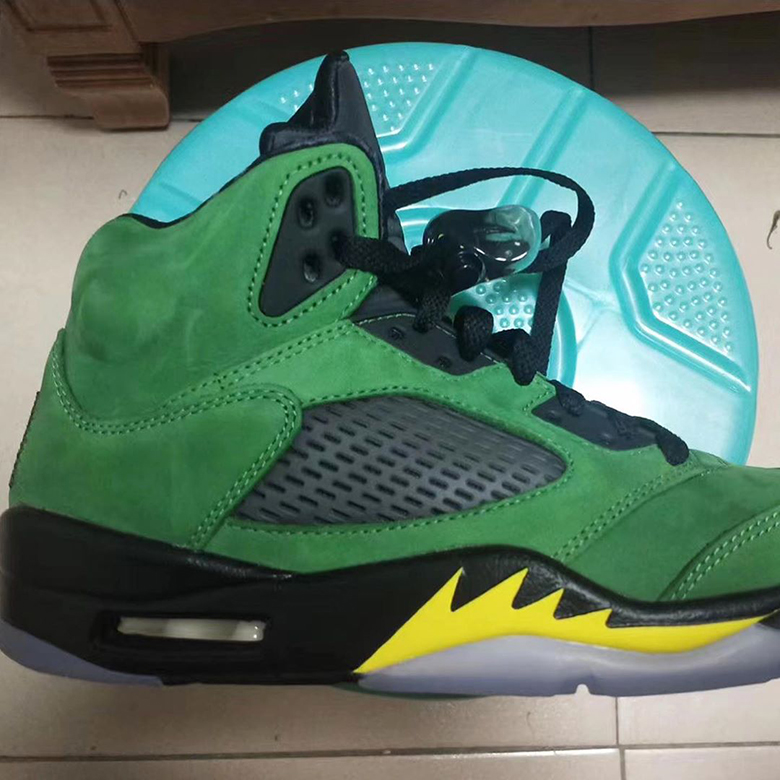 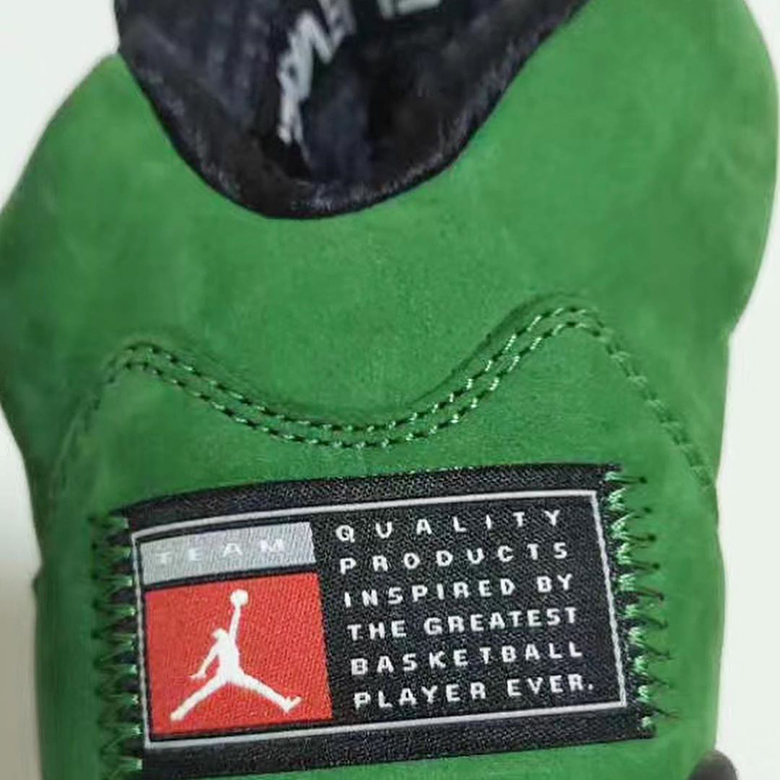 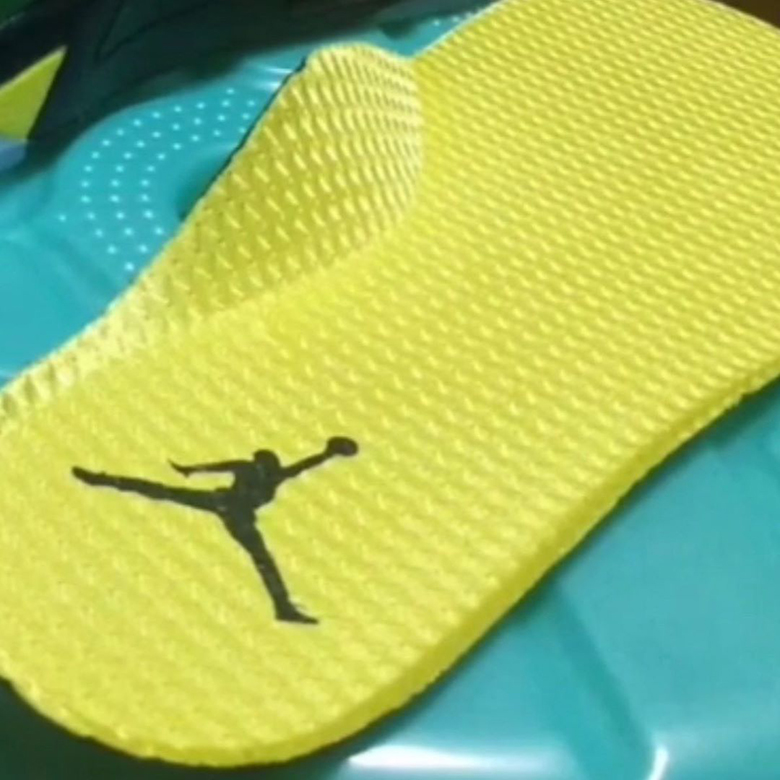 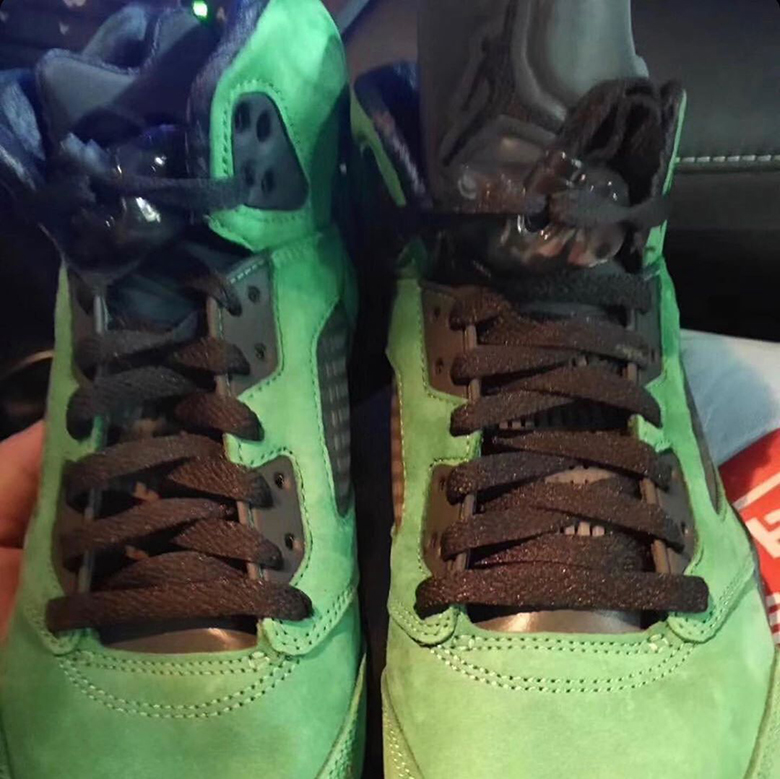