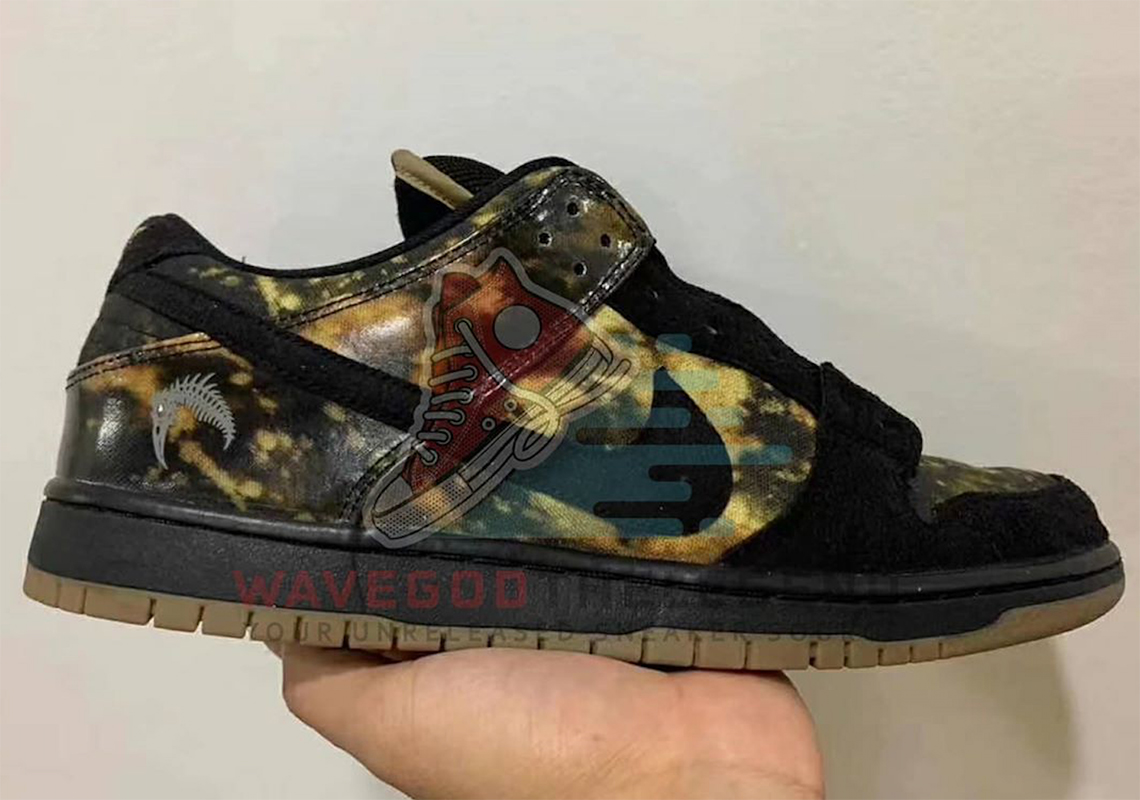 Is Another Pushead x Nike SB Dunk Low Is Coming?

The resurgence of Nike SB Dunks is still on its own incline in terms of garnering more attraction and popularity, and by reaching a new peak, the skateboarding division has decided to allow fans both old and new alike to indulge in nostalgic offerings. Following their “420” release which brought back the essence of their famed “Skunk Dunk”, the Swoosh may be continuing this movement by tapping one of their earliest collaborators Brian Schroeder, better known as Pushead, for another joint venture.

Notorious for his artistic style heavily influenced by punk rock and heavy metal cultures, Pushead has formerly teamed up with Nike SB for two Dunk projects including his first notable black and pink paint splattered colorway that dropped in 2005, as well as a bleached variation that released in 2012 when the SB era started to fade out. However, with lifestyle silhouette back in the limelight, it appears that a third partnership could be in order. Closely similar to the 2012 makeup, these keep its brown treading and black suede overlays/Swooshes consistent, but hue its bleach-type patterns in drab olives and yellows. See a first look here, and sit tight for further confirmation of an official release.

For other news, the Nike Space Hippie Collection releases tomorrow.