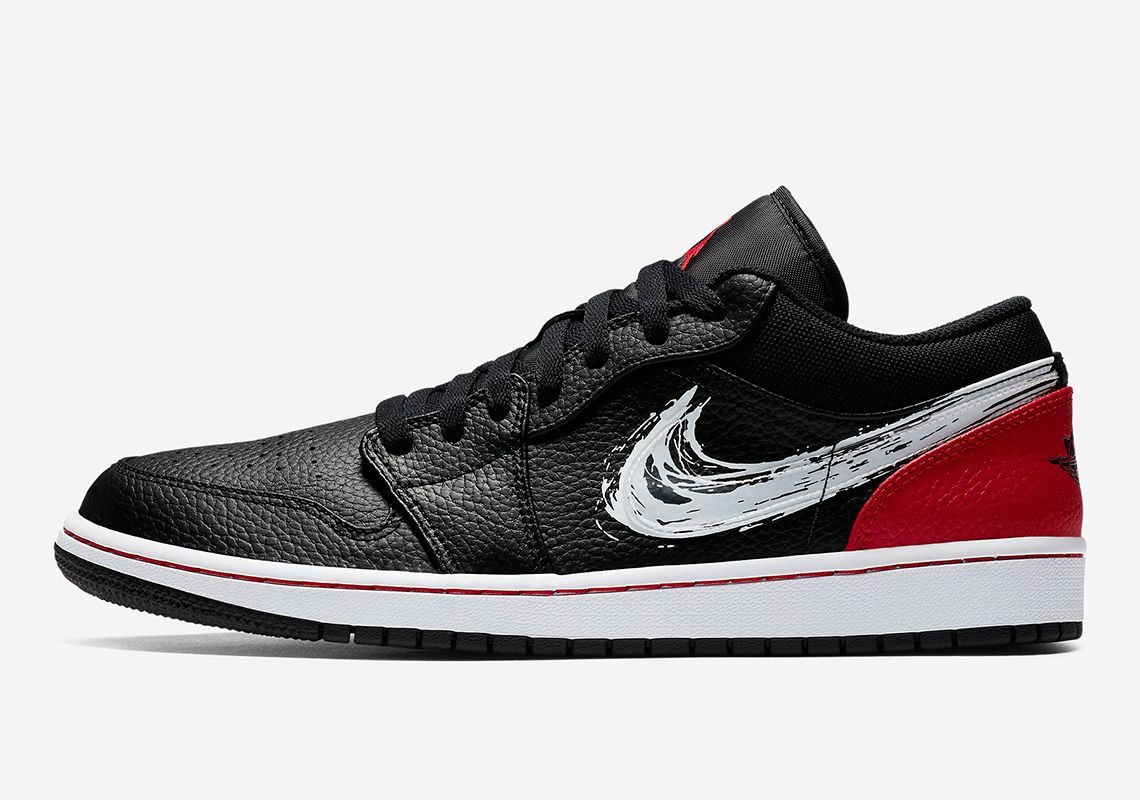 Previously seen in two colorways of the Air Force 1 Low, the Brushstroke Swoosh details makes its presence felt on the Air Jordan 1 Low in an otherwise classic and understated red, black, and white colorway. Starting off, this creative rendition makes use of a full tumbled leather upper, with softer canvas applied to the ankle and nylon used on the tongue for that flight suit aesthetic. The Air Jordan Wings is pressed in black on the red heels, while thick red stitching is used on the midsole. Perhaps an untended homage to the Air Jordan 1 being a pure work of art, or a nod to the current custom/DIY trend of home-made Swoosh logos, Jordan adds a white brushstroke of paint to mimic the famed check. There is likely an alternate white version of these Jordans, if the Air Force 1 is any indication. For now, check out the official images and stay tuned for a release.

in other Air Jordan 1 news, the Jordan 1 “Smoke Grey” is releasing on July 11th. 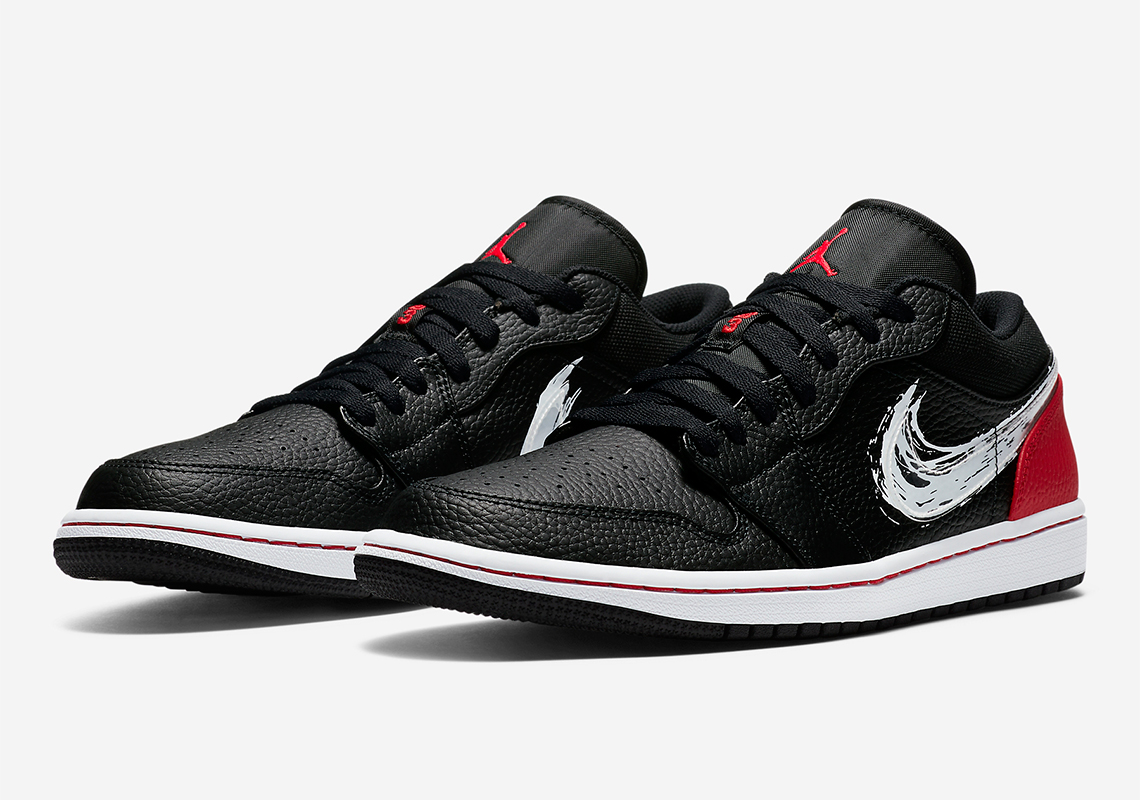 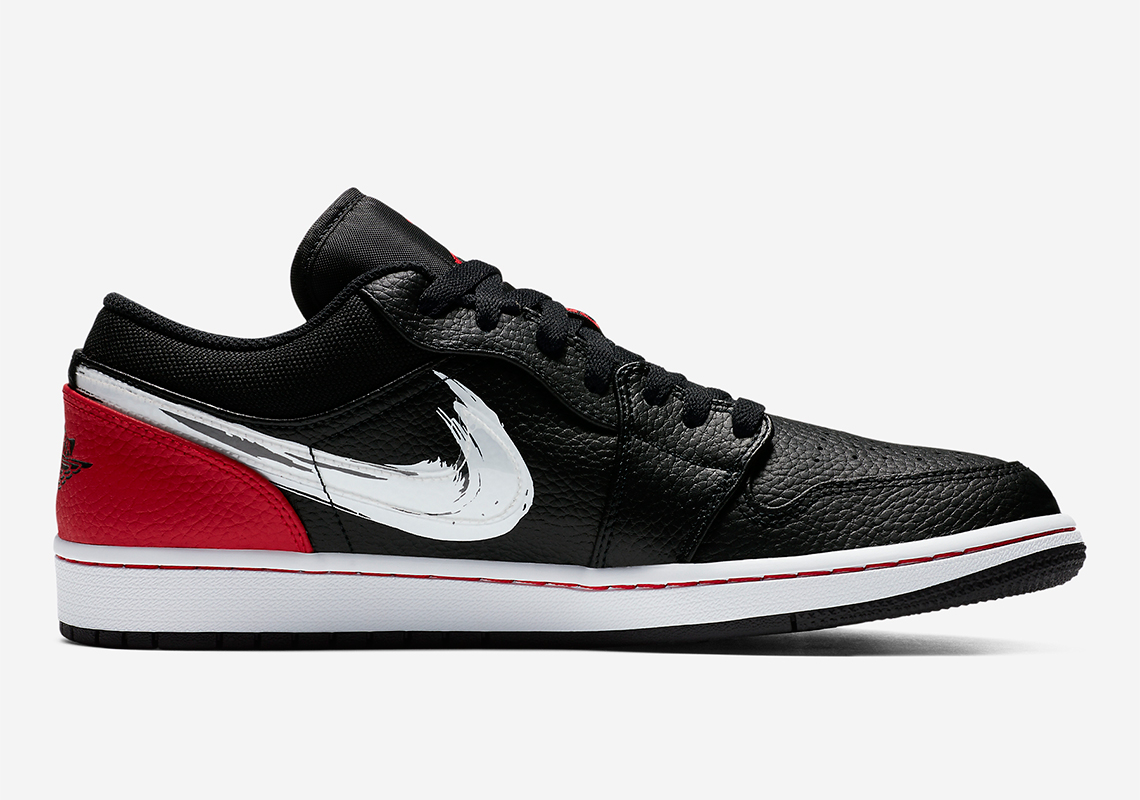 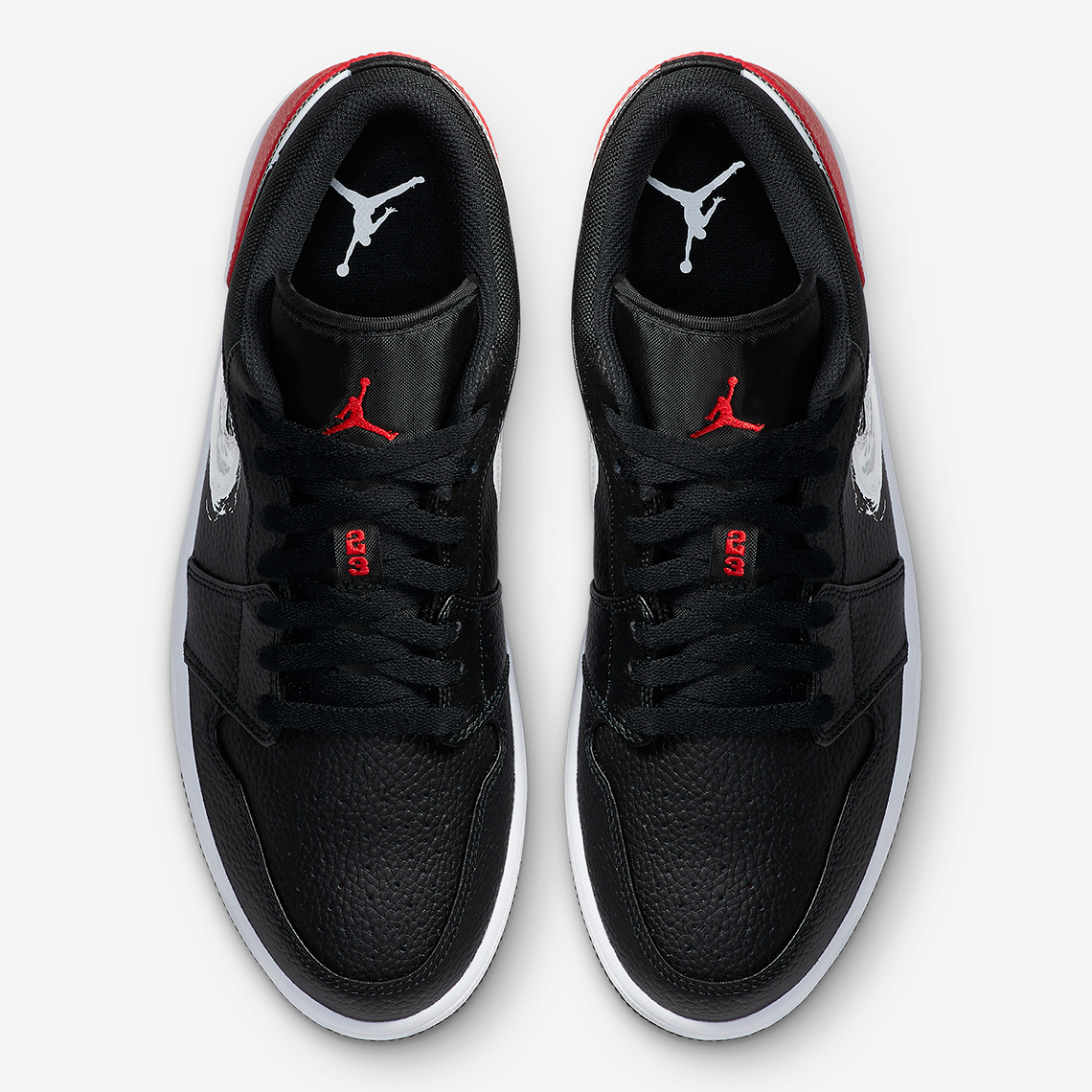 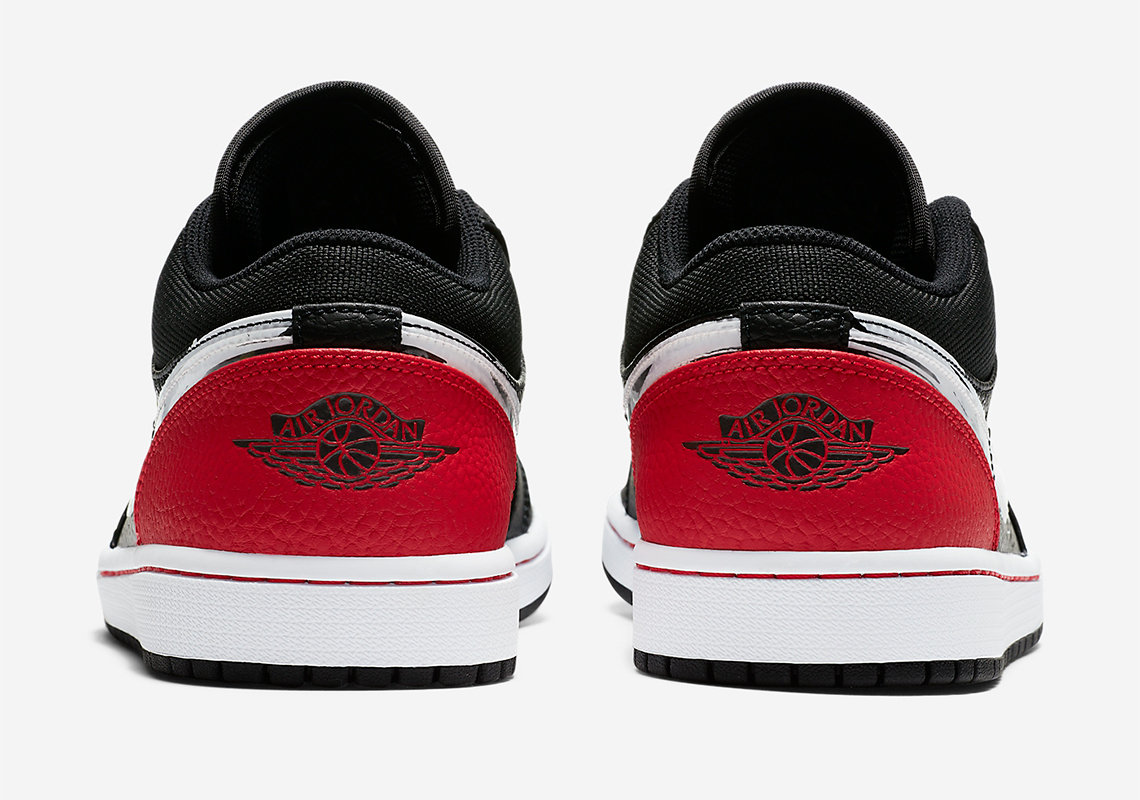 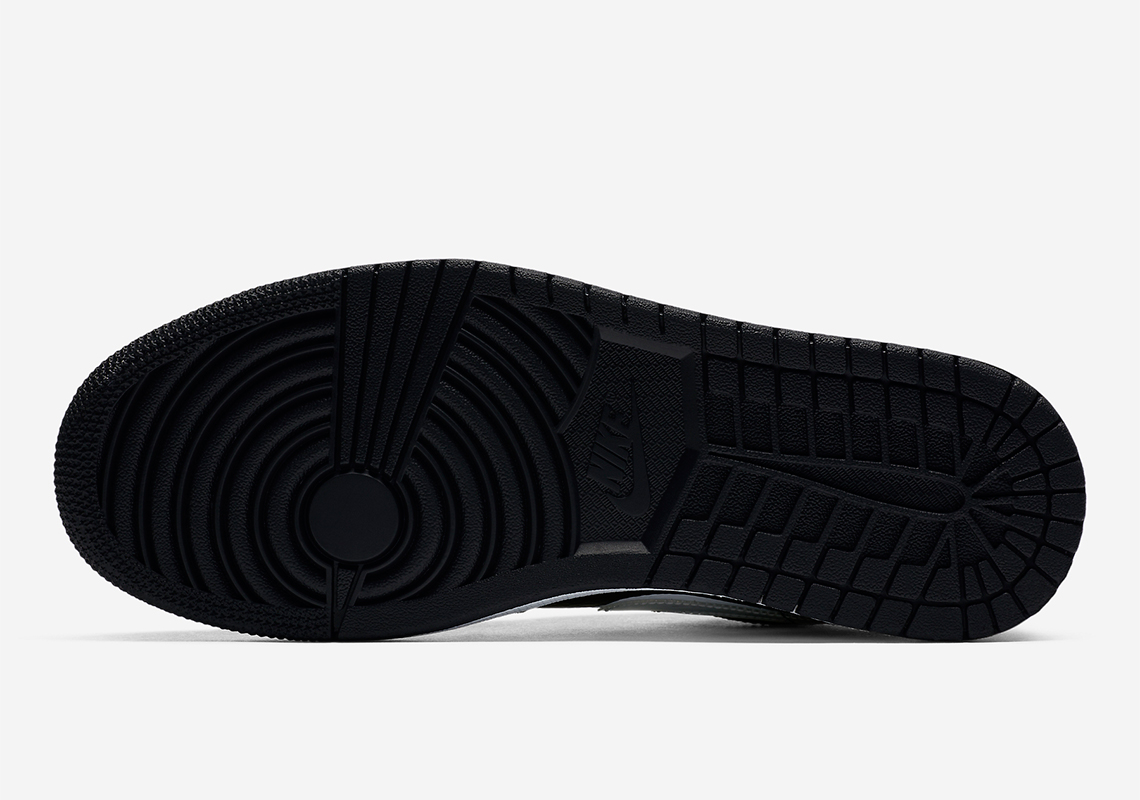