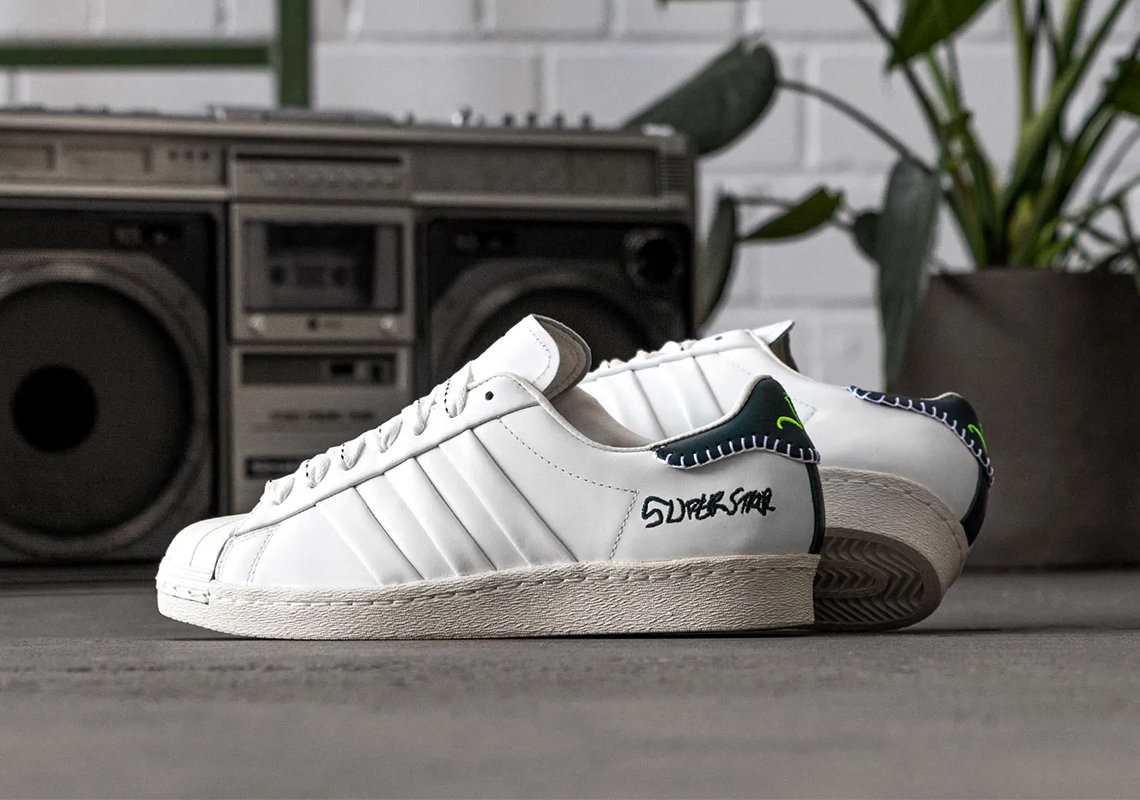 Though newly added to the adidas family, Jonah Hill started on a good foot as he expanded his directorial portfolio with a star-studded Superstar campaign. And as the cast’s many notables — Blondey McCoy, NIGO, Pharrell, etc. — have released their own takes of the silhouette, it’s finally time for the former comedy actor to debut his own. Simple though replete of muted aggression, the offering makes use of only a few outstanding changes. The Three Stripes, which would ordinarily be found as a simple overlay, is now wrapped with a matching leather, creating the illusion of it being part of the rest of the upper; eye stays work in the same fashion, giving ample room for the fat laces to wrap through to the minimally dressed tongue. Toe caps arrive as per usual along with its connected ecru tooling, while the heel bears the most significant visual imprint: “Superstar” is embroidered with an intentional hand-done look, paneling is made a dark navy for improved contrast, and its edges are stitched down as if quickly mended. Finished by a small, neon green “JH” at the back as well as a tiger print on the inside tongue, the pair is readied to release at select retailers and likely adidas.com on July 11th. 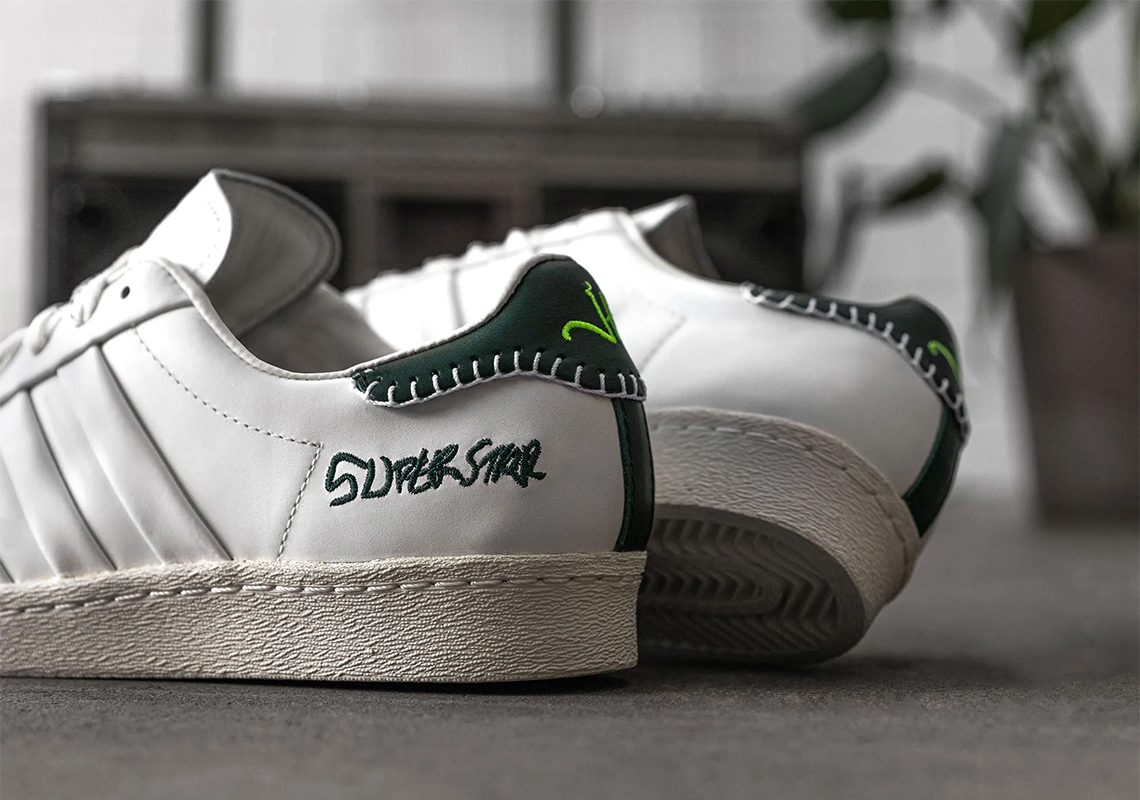 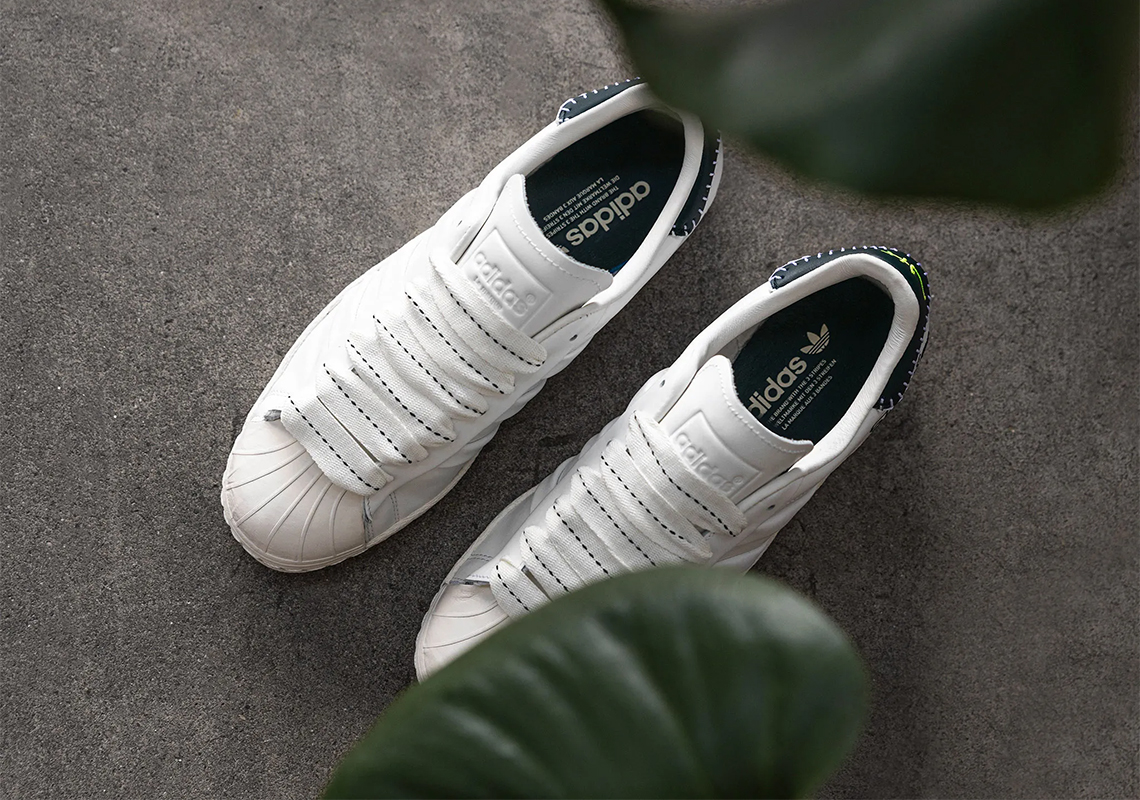