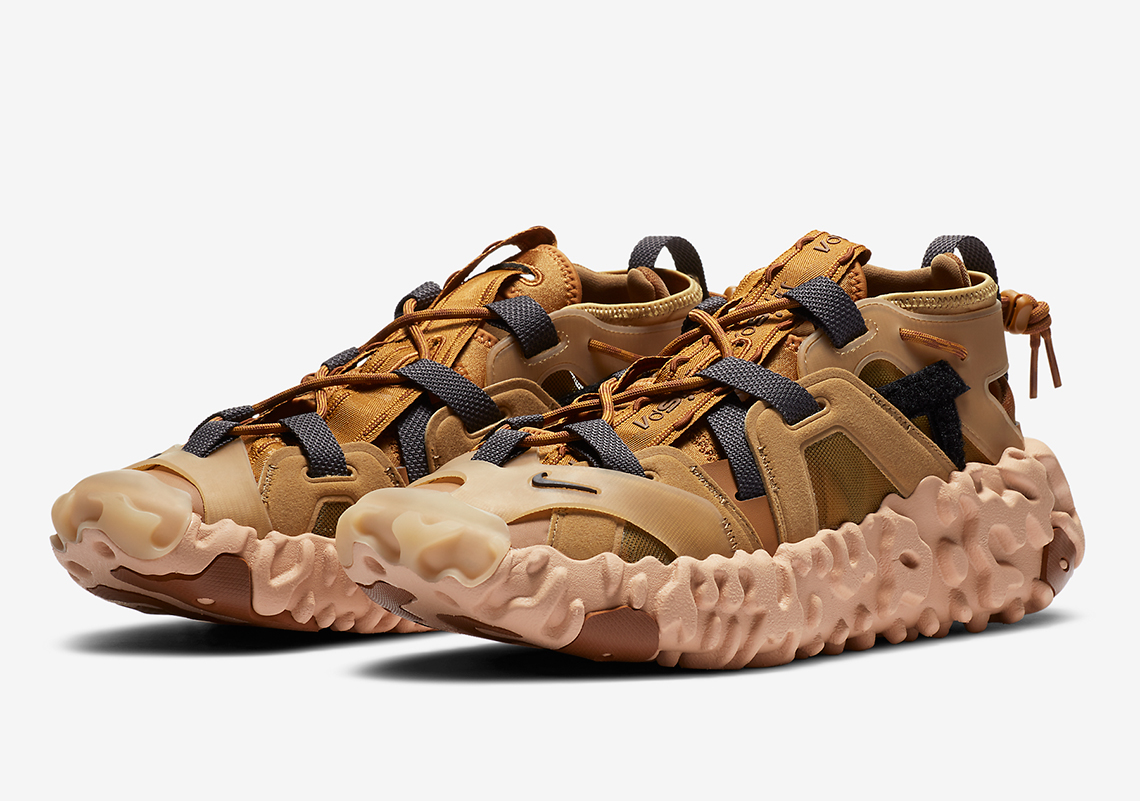 Nike ISPA‘s now unfolding collection, though overlooked as a result of a packed release week, holds some of the most aggressive visual innovation the umbrella has released in a long while. Each silhouette, though unique in their own right, takes one core philosophy and delivers a number of different designs replete with utility. Certainly no exception, the Overreact Sandal translates the same ideas for warmer weather as it strips down its construction to further ventilate all throughout. And after a run of relatively neutral colorways, the model looks to be gearing for Autumn as it outfits near entirely in “Wheat” shades. Earth tone panels — of suede, mesh, and synthetic composition — arrive overlaid atop one another, bearing shades only marginally distinct. Black dyes accent the straps that surrounding the foot as well as the miniature Swooshes and heel pulls. Grab a detailed look at this Fall offering here and expect a release to hit Nike.com likely within the coming months.

In other news, take a first look at the UNION Jordan 4. 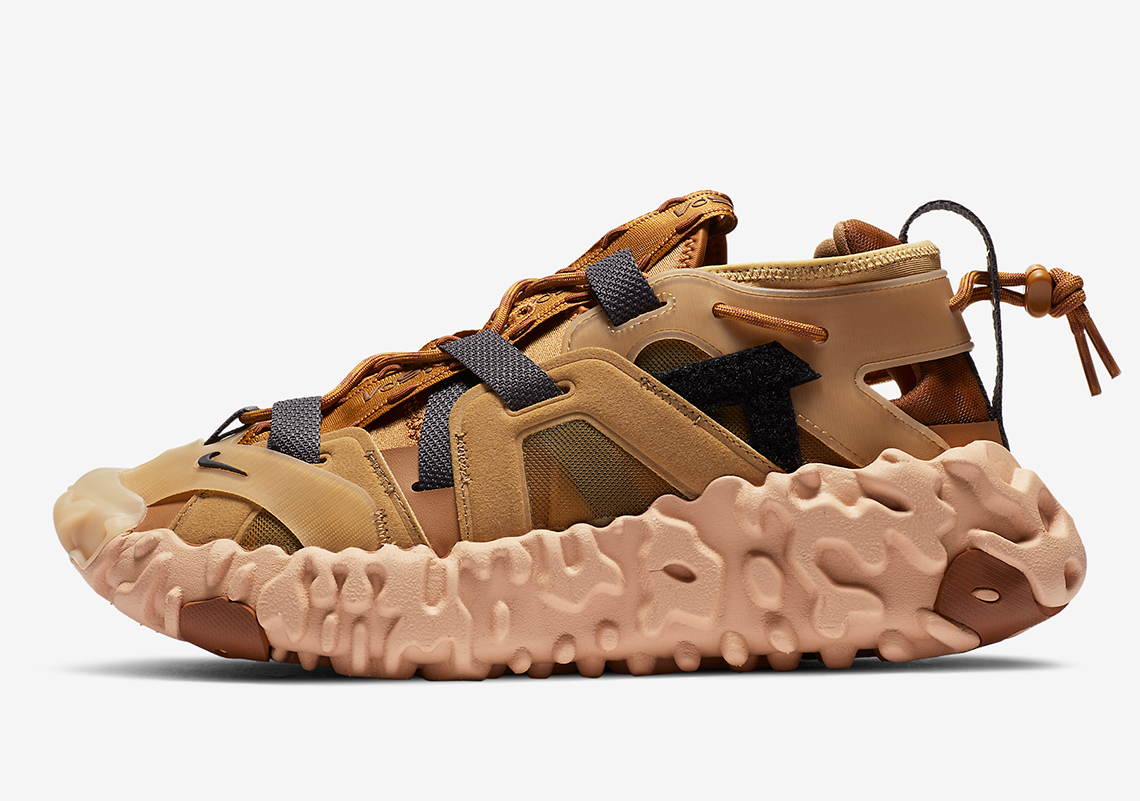 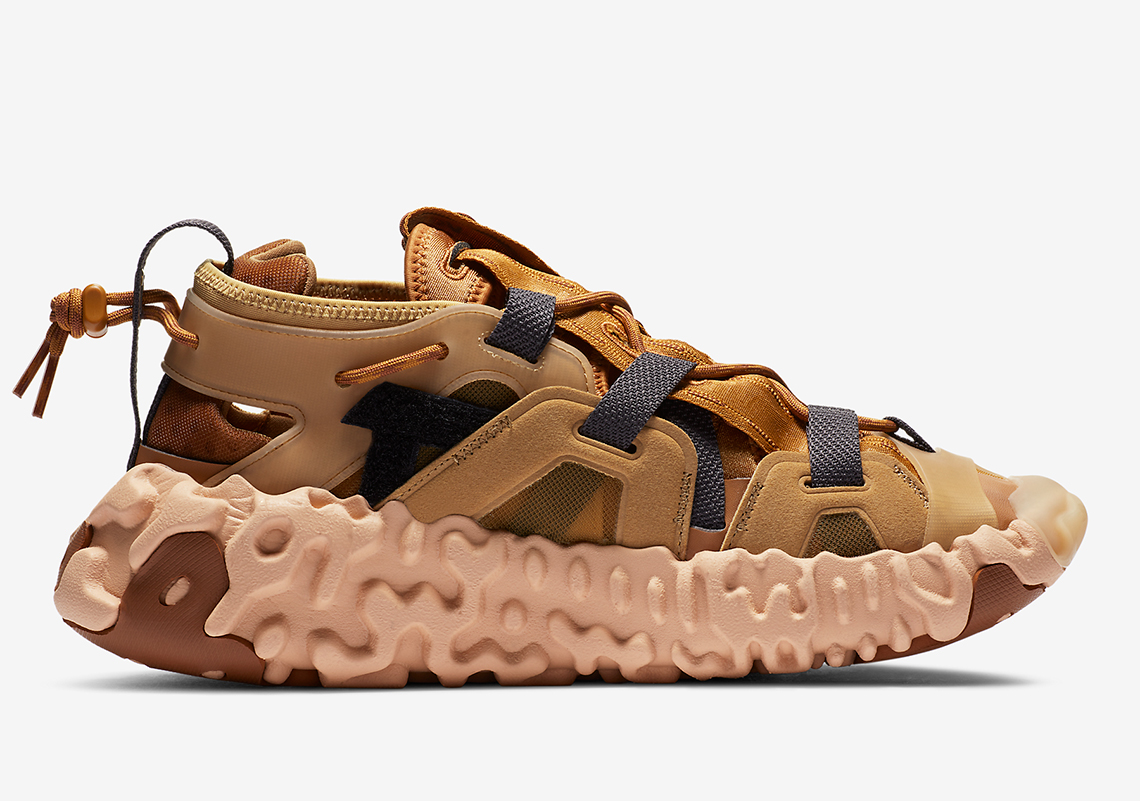 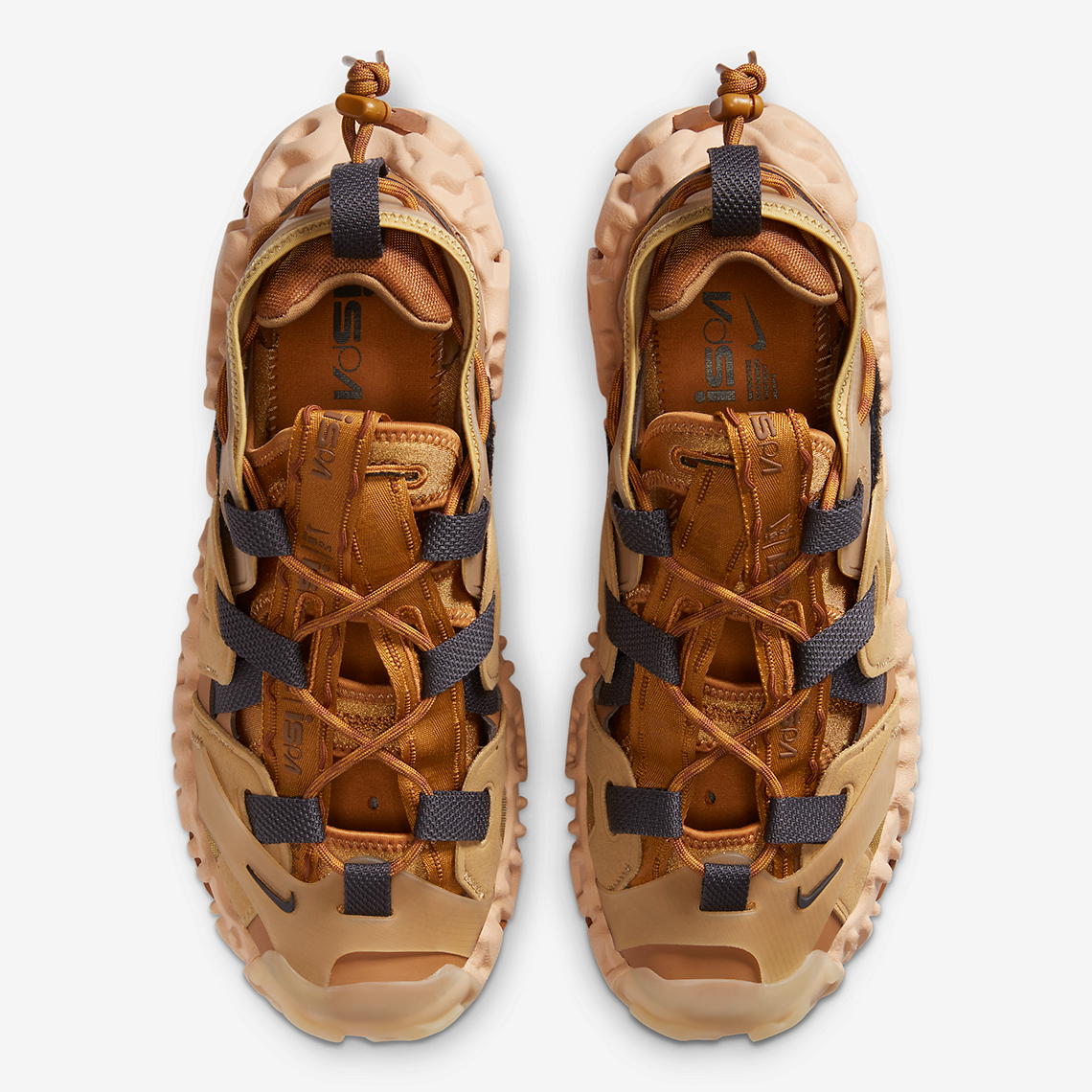 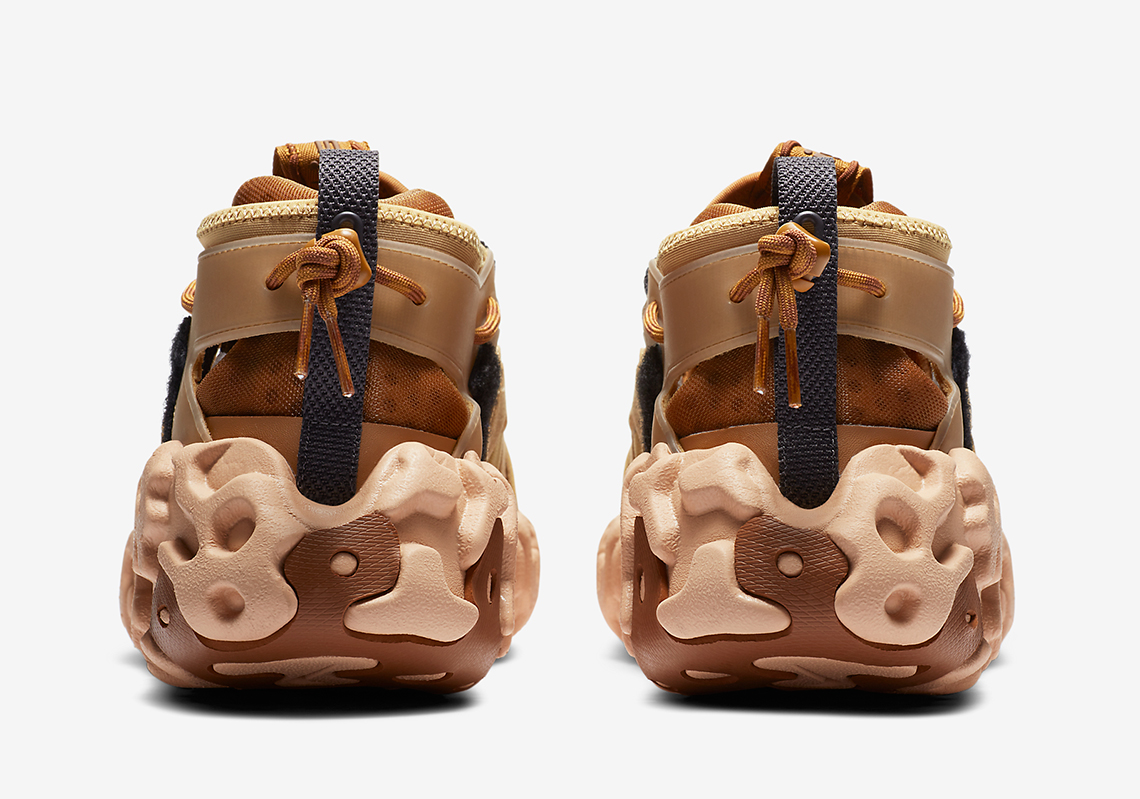 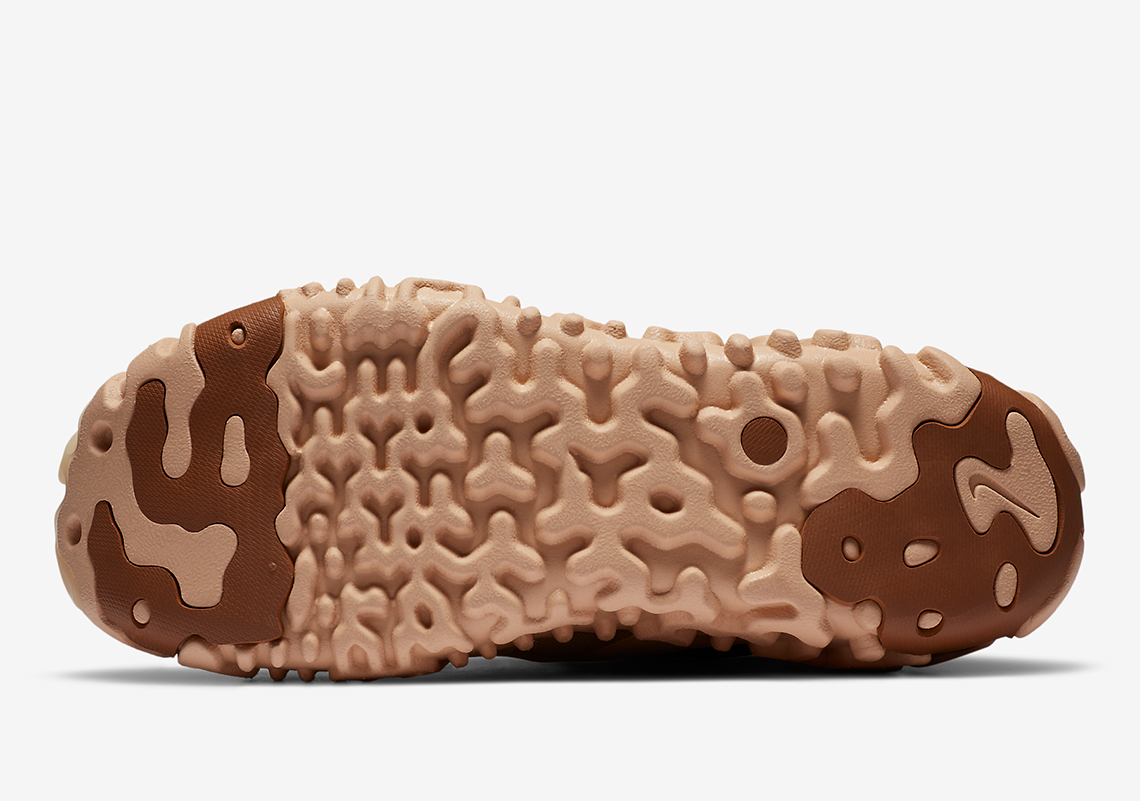