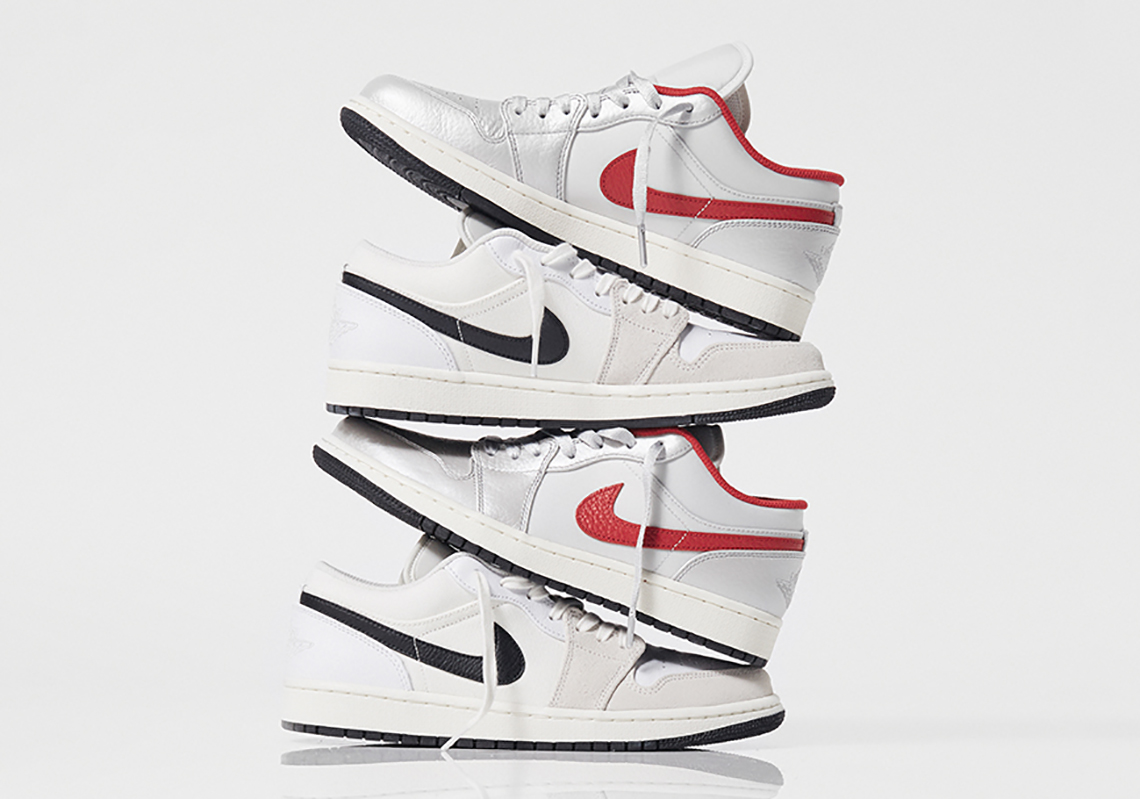 Being one of the more respected footwear retailers in Europe, UK-based size? has often been known to receive the opportunity to delivery special launches. And after exclusively dropping their own Spiridon Cage 2 “Welcomes The World” colorway, they’re getting the chance to host an early release of this newest Air Jordan 1 Low Pack. The two-piece set acts as a homage to two of archival runners of the Swoosh including that of the Astrograbber, an early track-inspired turf shoe, as well as the Air Tailwind “Night Track”, which was a originally seeded to friends and family like Michael Jackson and actor David Hasselhoff in the ‘80s before releasing to the public years later in 2012.

The former is translated through a completely greyscale colorway that involves uppers amalgamating natural canvas uppers neighbored by leather overlays down the throat and heels and forefoot paneling dyed to a dusty grey. Touches of black pop out through the embroidered Jumpman tongue hits and “23” embellishments, as well as the Swooshes and treading. Moving to its release partner, the “Night Track” option deviates mainly through its materials seen on its overlays as they have been glazed with a metallic silver shimmer, and accent through its Swooshes and sock liners with a vibrant red hue.The raffle for this duo of Jordan 1s is now live on the size? launches app, and entries will conclude this Friday July 31st. The shoes will then later see an official release on August 15th for $100 a piece. For more info on this release, peep a look at the size’s story here.

For other Jumpman news, the Air Jordan 1 Dark Mocha has been revealed through detailed imagery. 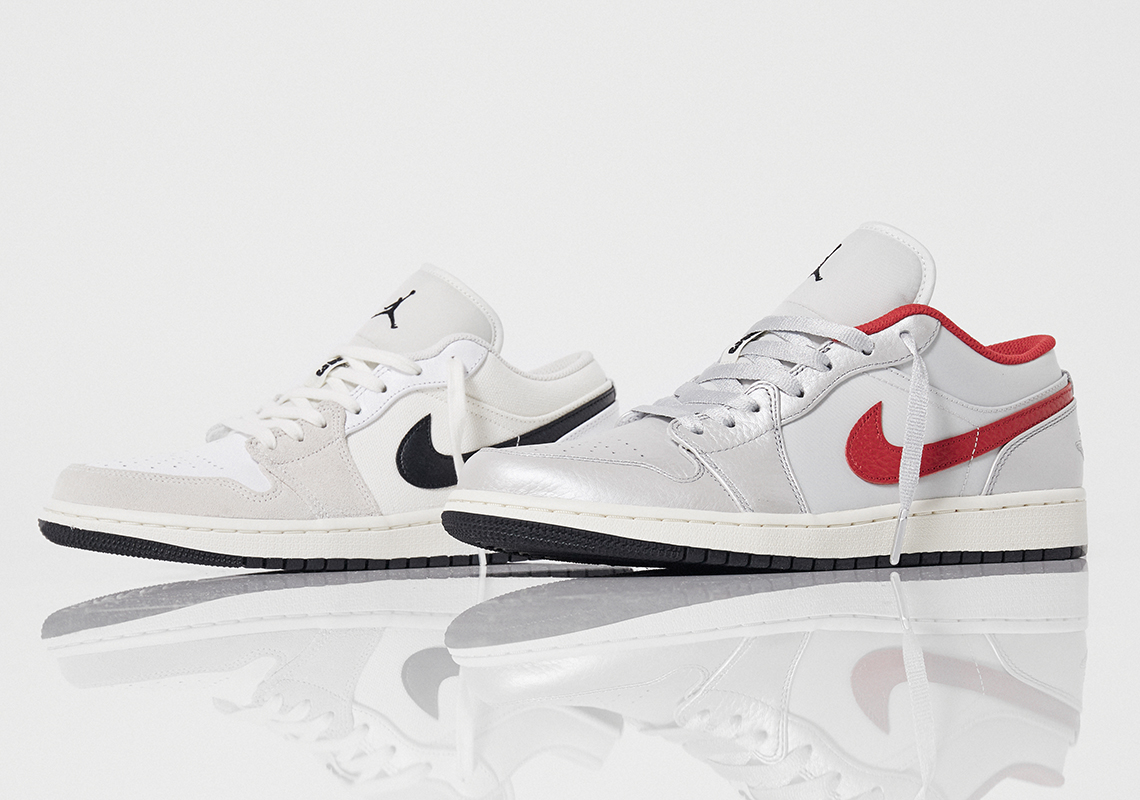 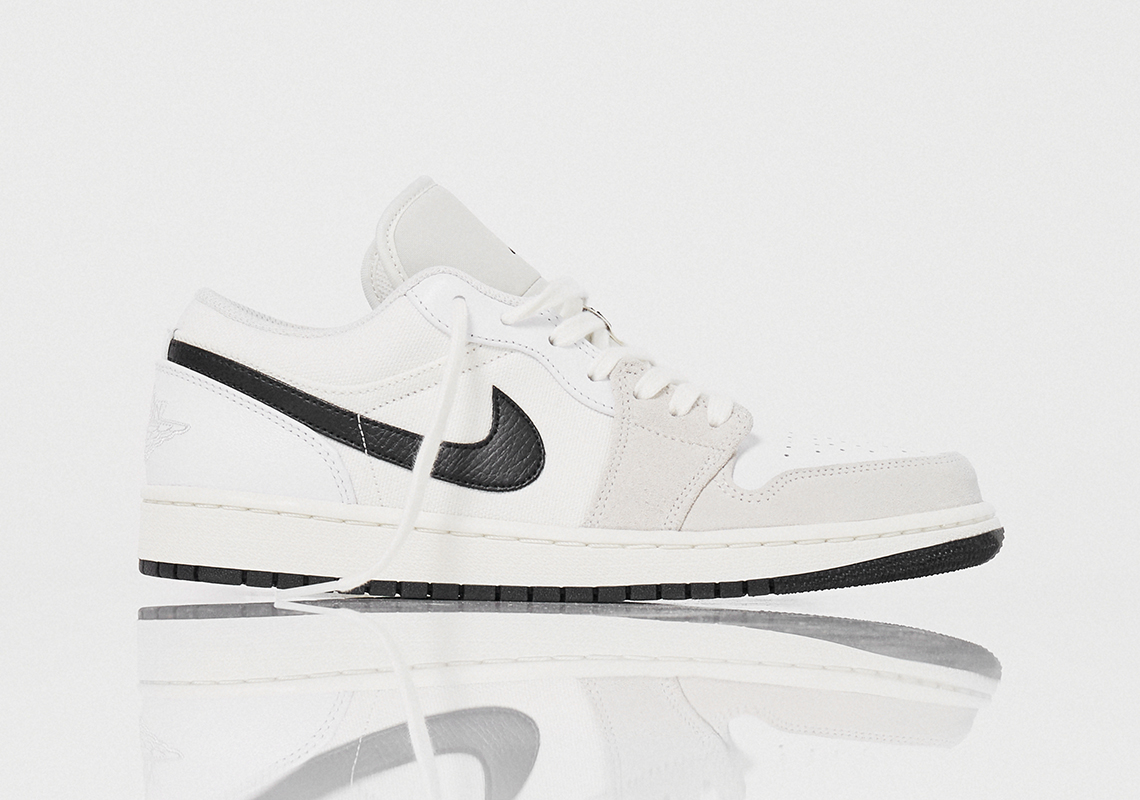 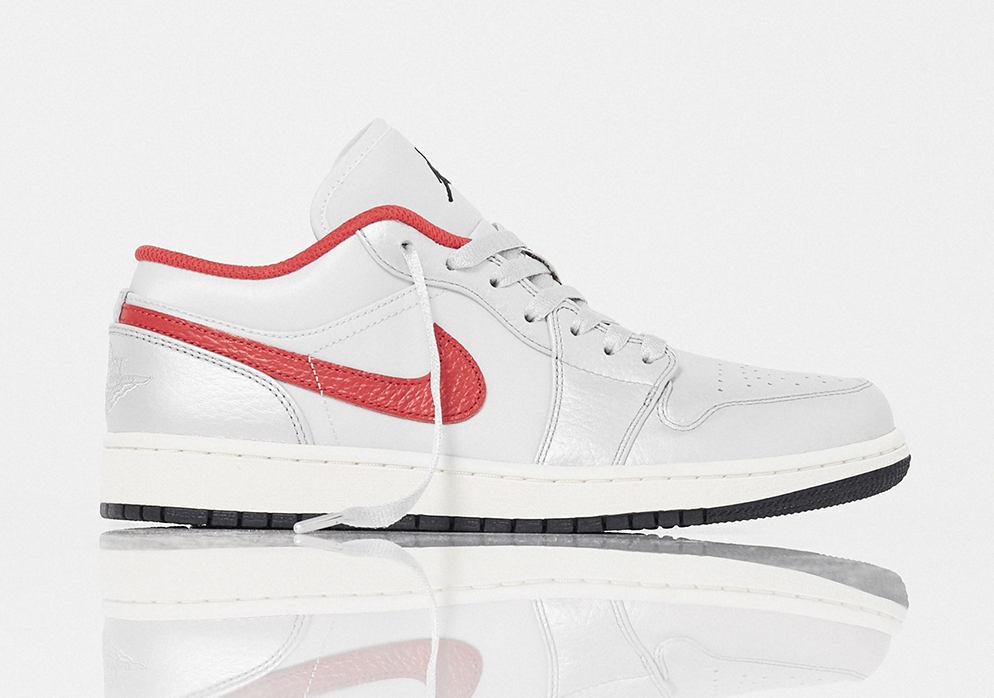 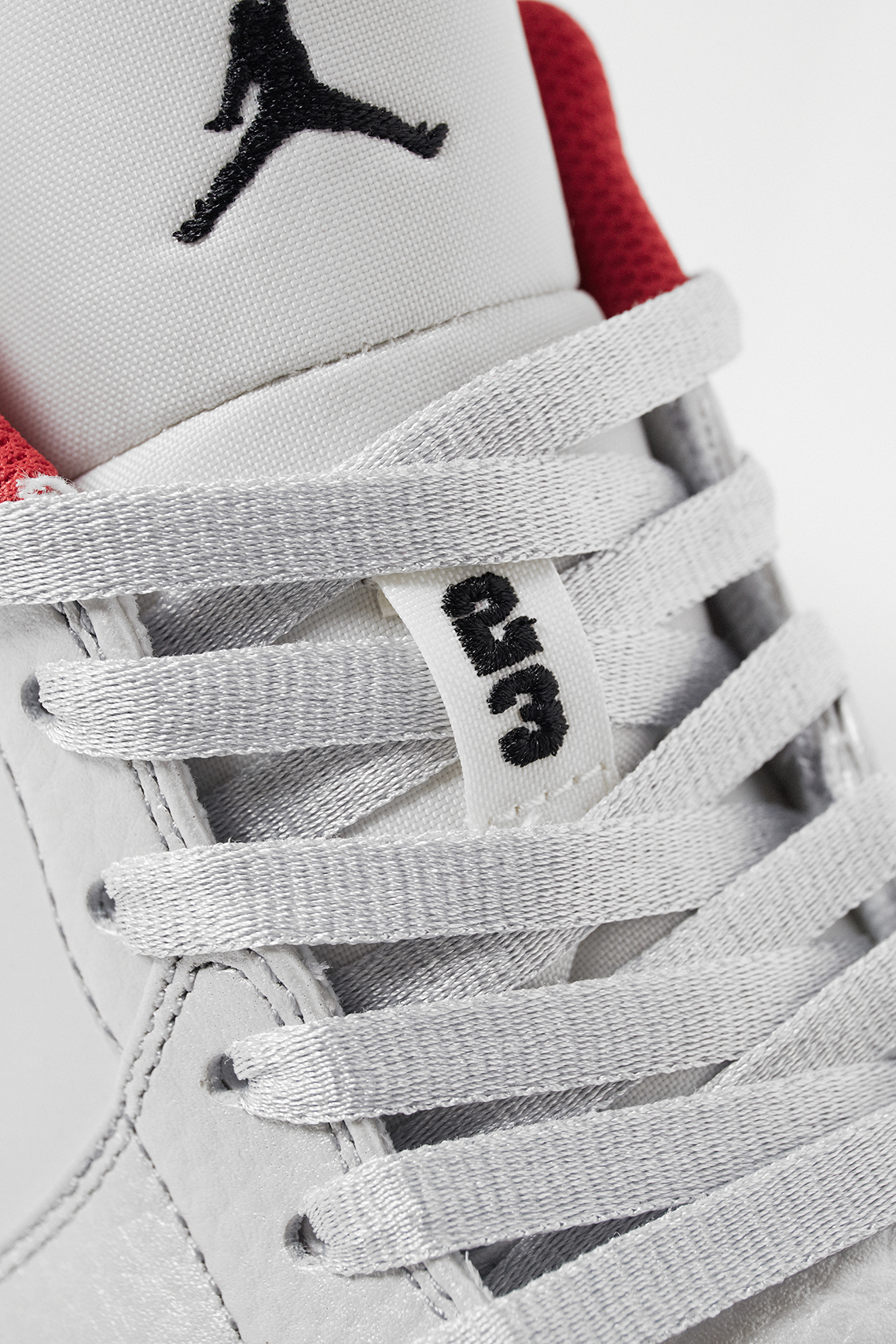 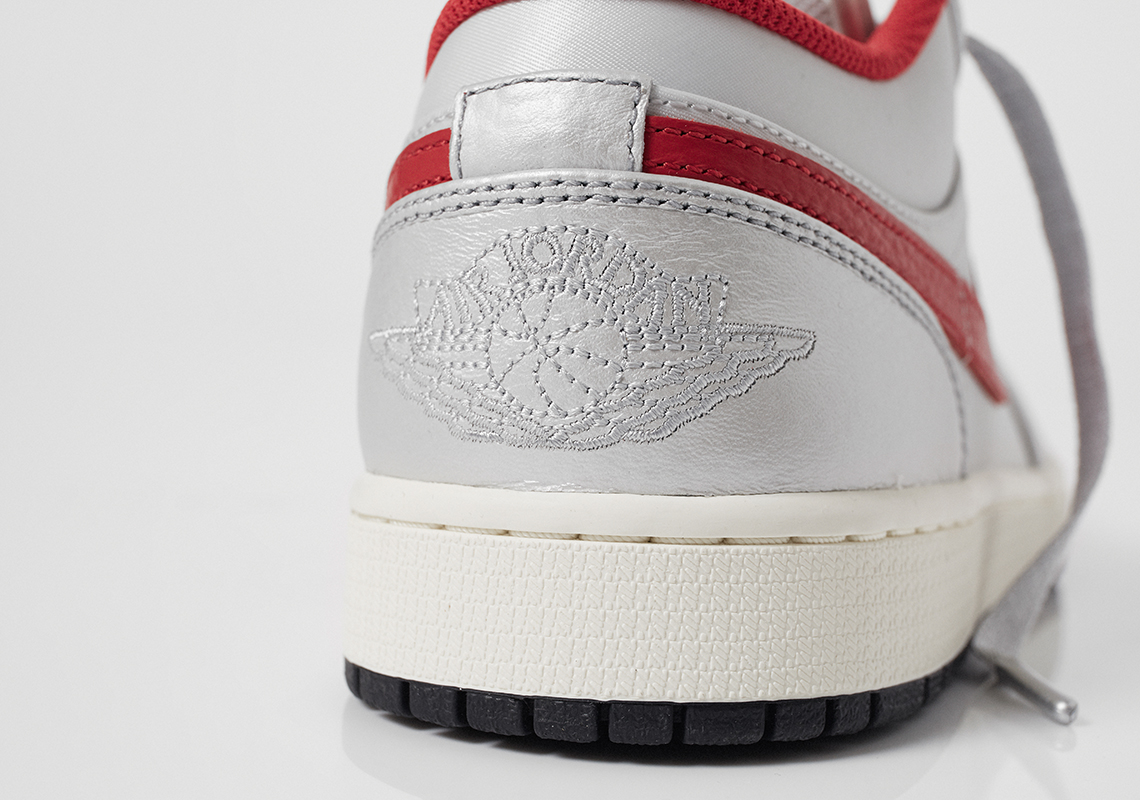 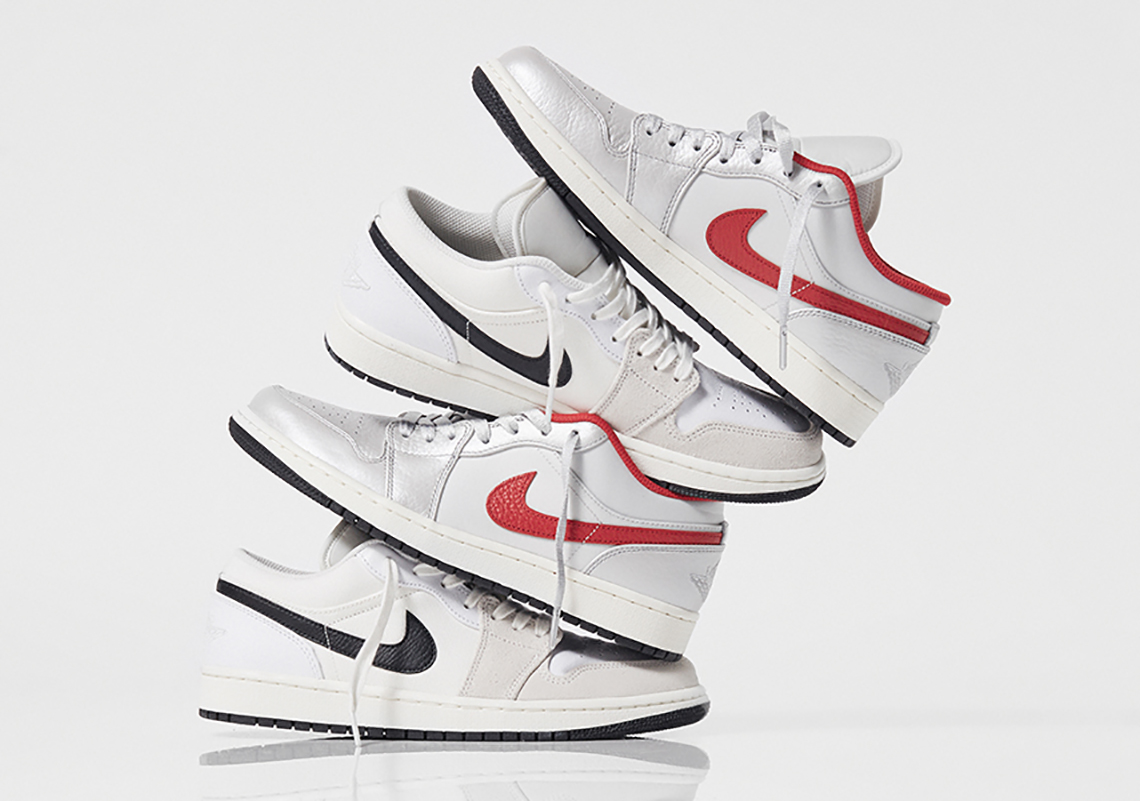