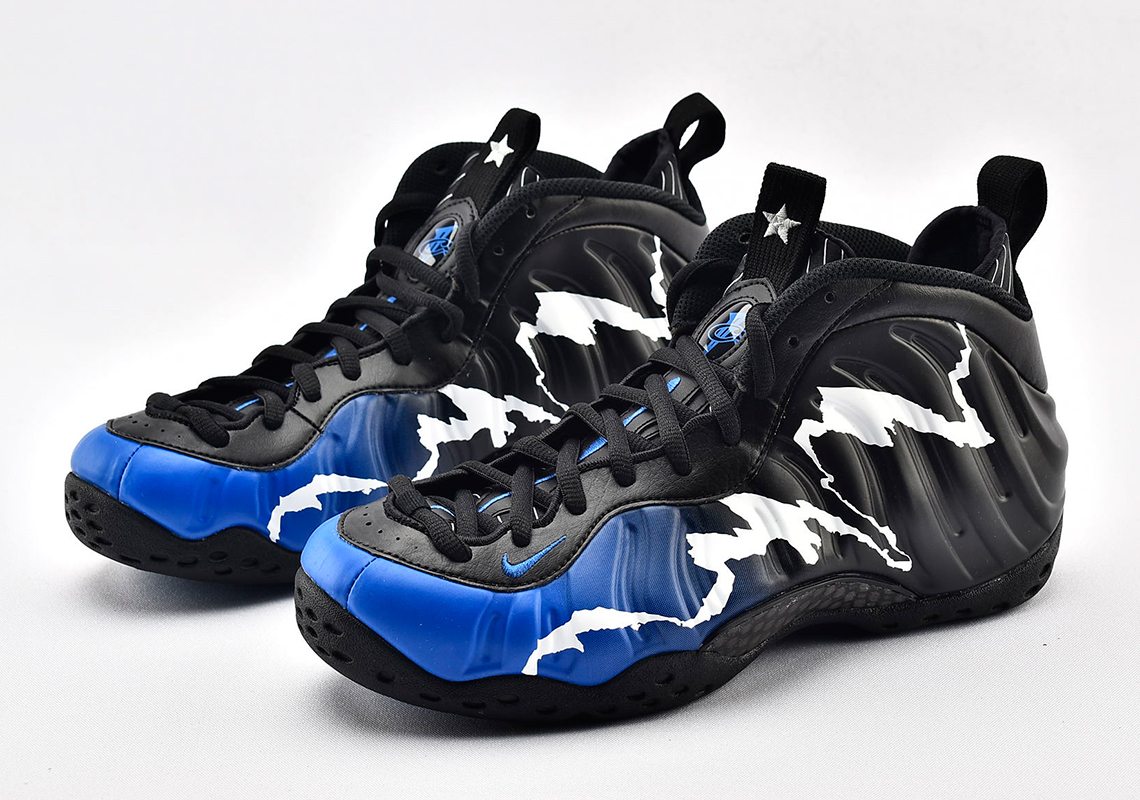 While no longer a mainstay on the hardwood, the Nike Air Foamposite One continues being a memento of the NBA’s wide-regarded golden era. An upcoming iteration of the futuristic silhouette ups the nostalgic ante as it features not only an Orlando Magic-friendly color scheme, but also insoles harkening back to the Eastern Conference’s 1996 NBA All-Star Game uniforms.

As with other silhouettes in Anfernee Deon “Penny” Hardaway’s historic catalog, including the Air Max Penny 1 worn during the aforementioned game, the latest Foamposite indulges in a predominantly “Black” and “Game Royal” palette. The latter hue is primarily isolated across the forefoot, but animates branding on the tongue and heel. A “White” tear-reminiscent graphic interrupts the molded upper’s two-tone arrangement throughout the profiles. Elsewhere, pull tabs on the tongue boast a star logo, which replaced the “A” on the Orlando Magic’s uniforms throughout the ’90s and early 2000s; bootie-like collars also nod to the franchise’s ’90-’98 black pinstripes uniform. Sock-liners, however, make the most direct nod to yesteryear with their vibrant “Aurora” tone, “1996” text, and multi-colored stars transplanted from February 11th, 1996.

Enjoy a detailed look at this Air Foamposite One ahead, as you wait for pairs in full-family sizing to launch at Nike.com on September 4th.

For modern-day options from Nike Basketball, check out the yet-to-hit-retailers LeBron 18. 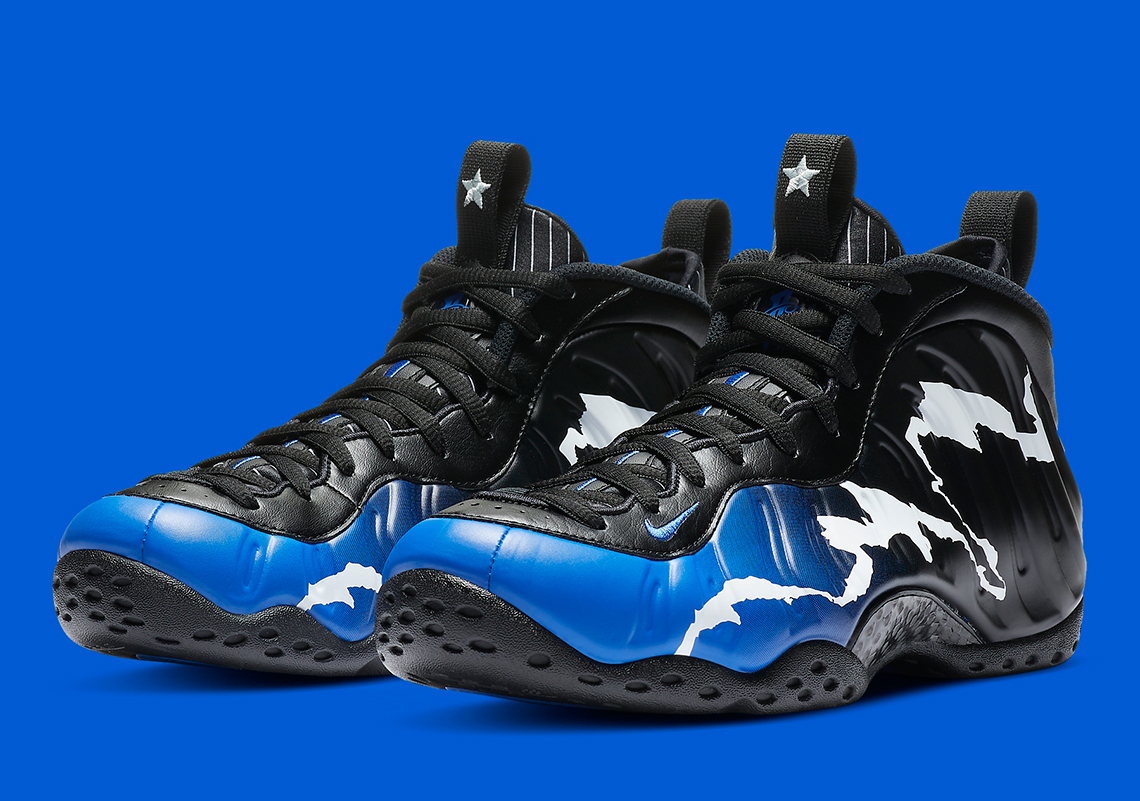 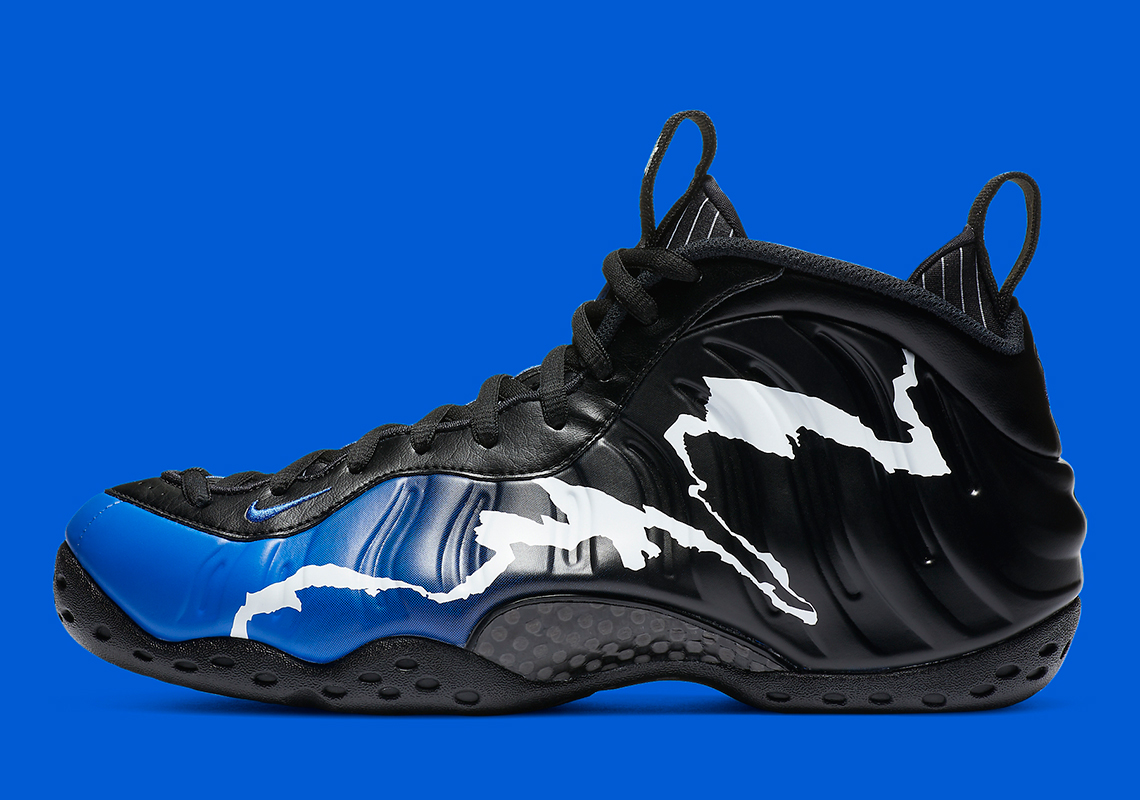 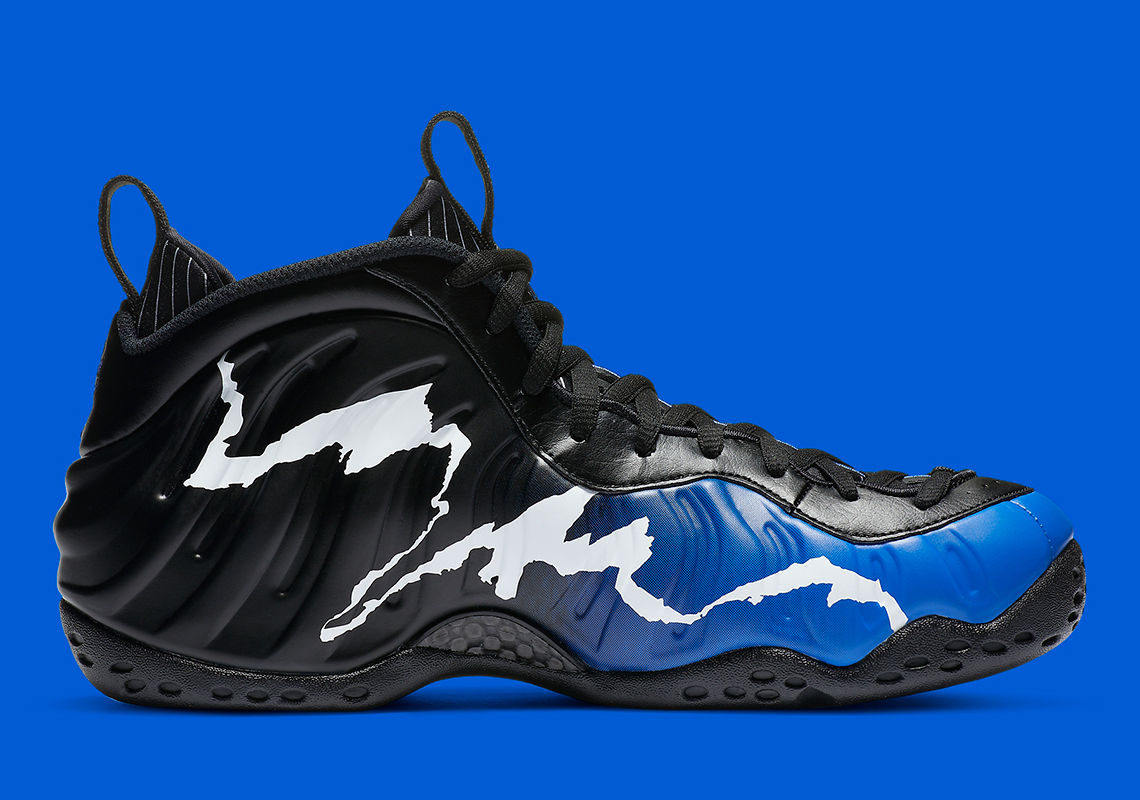 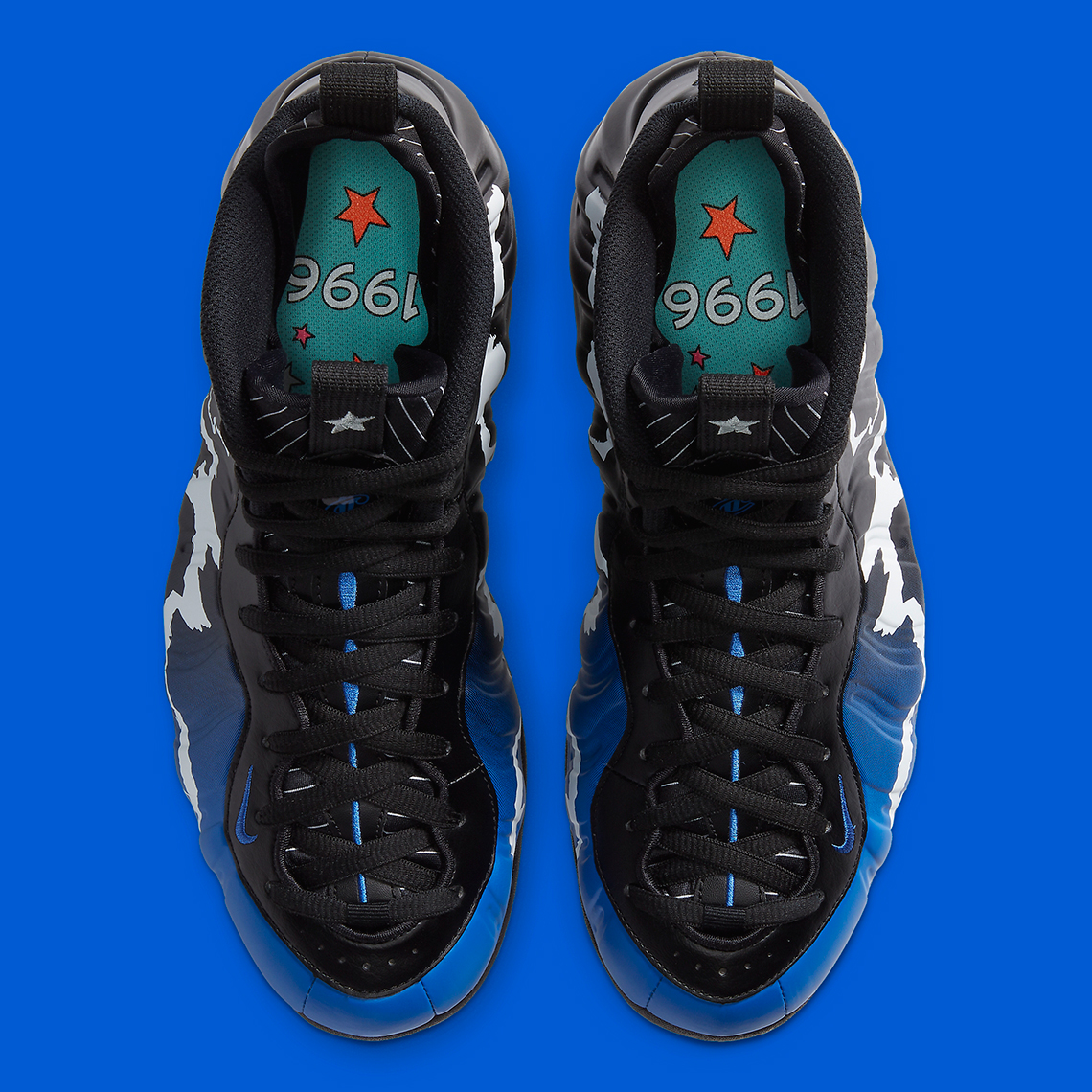 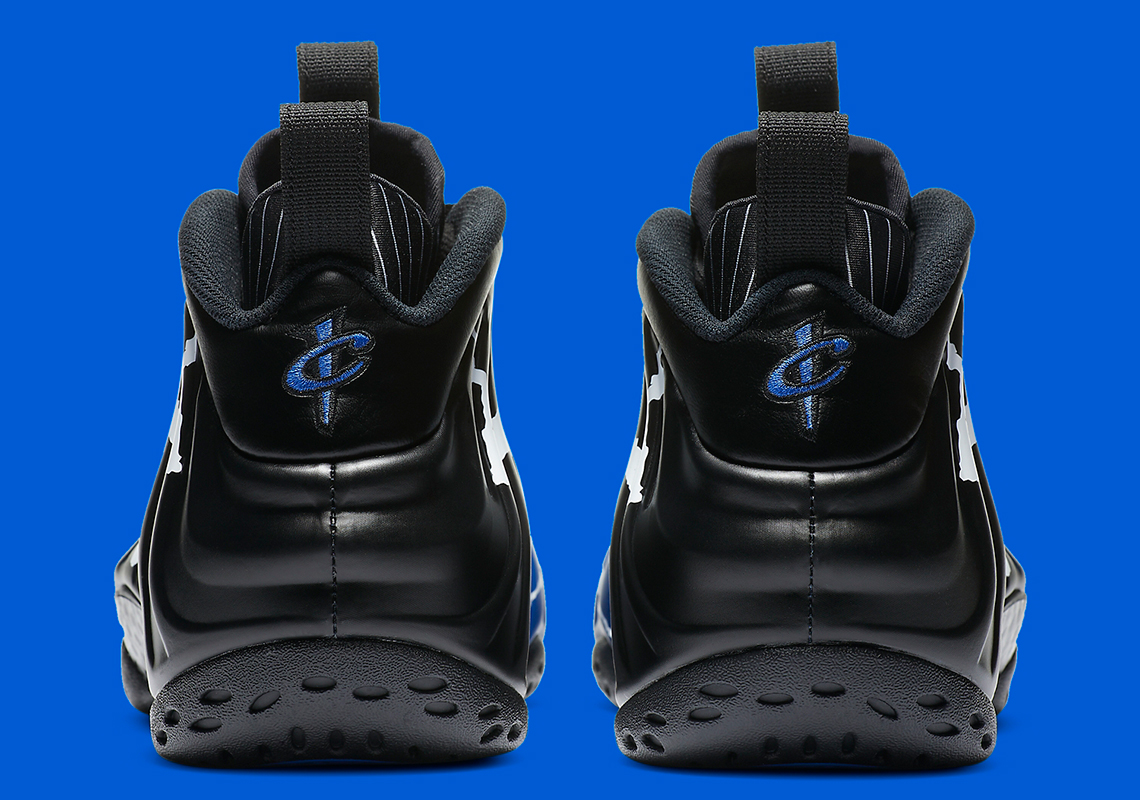 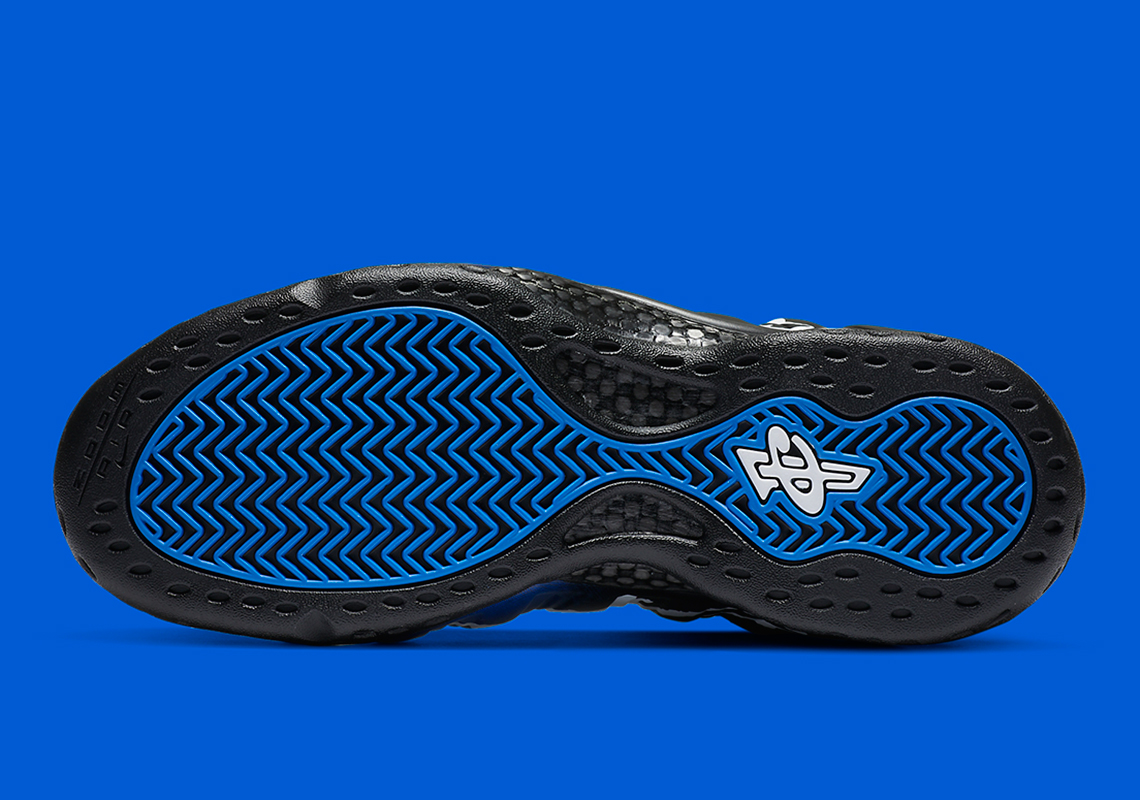 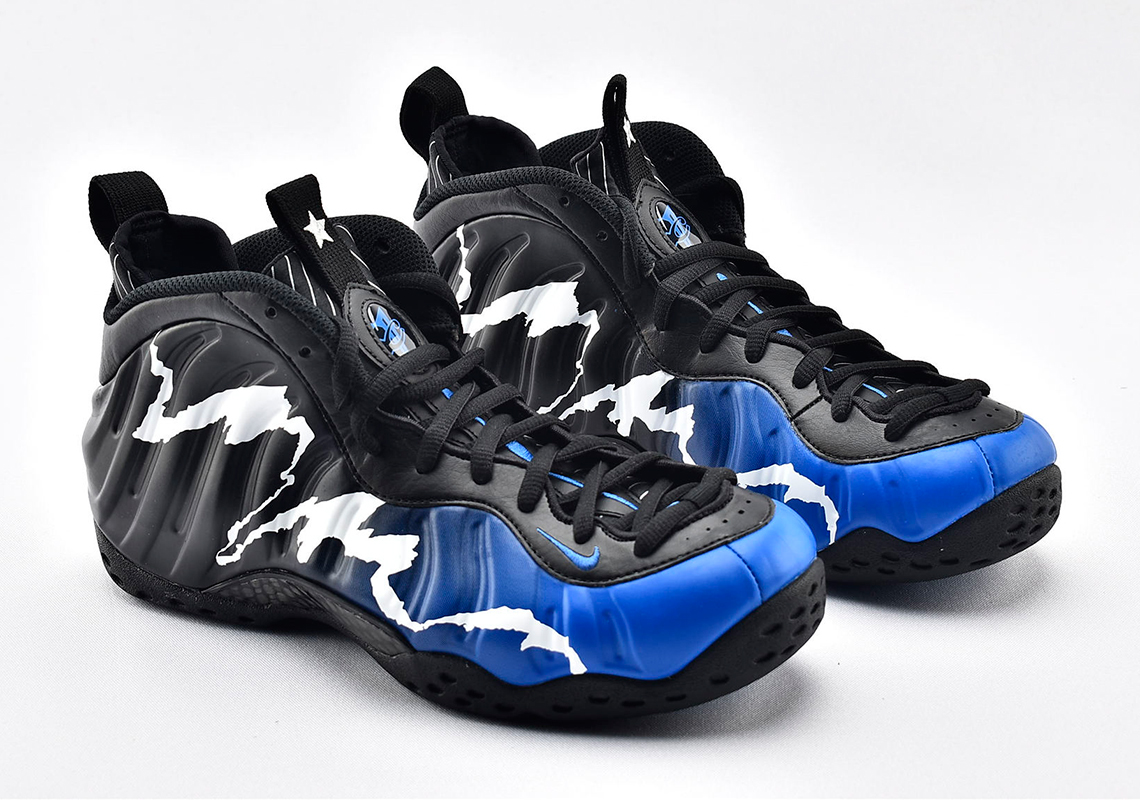 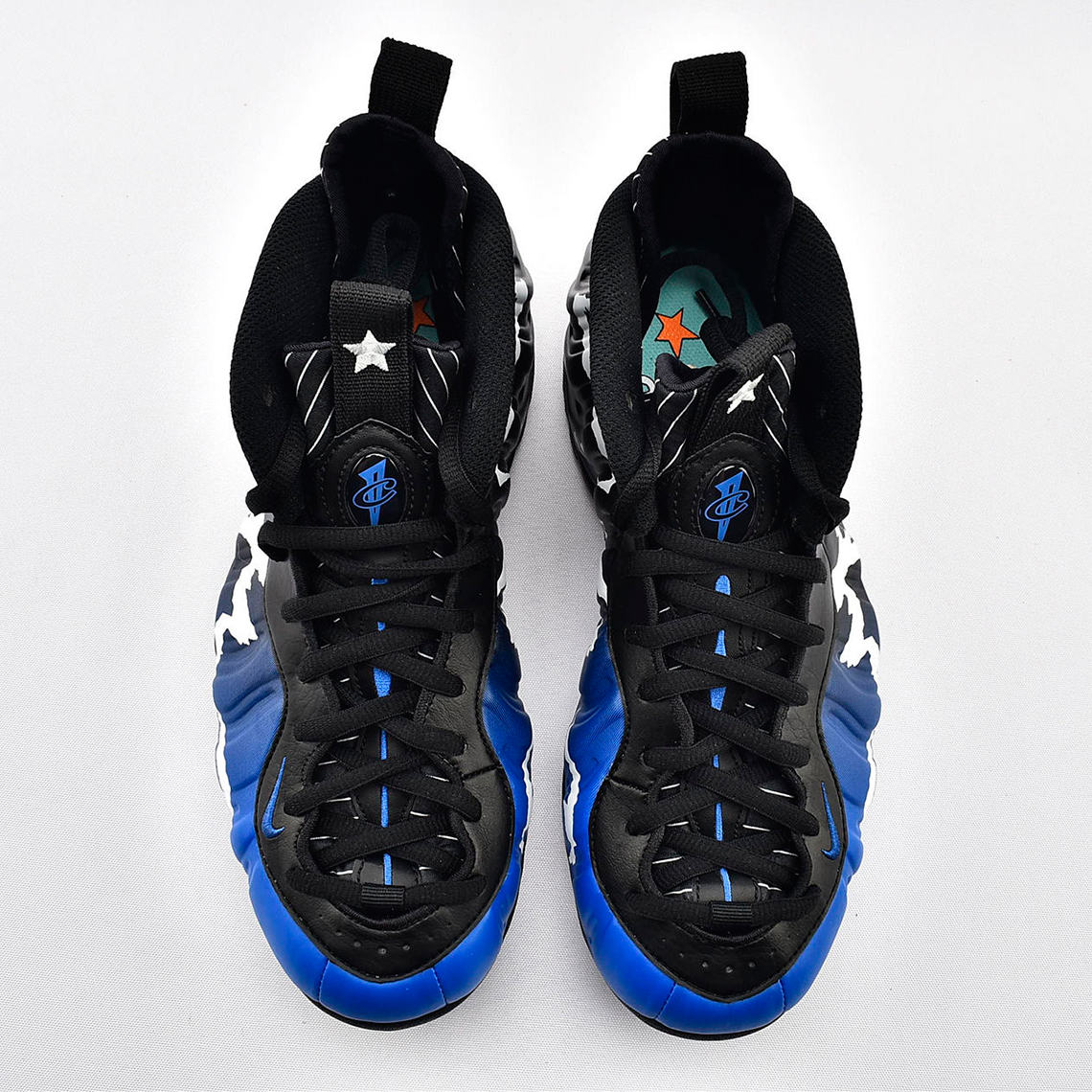 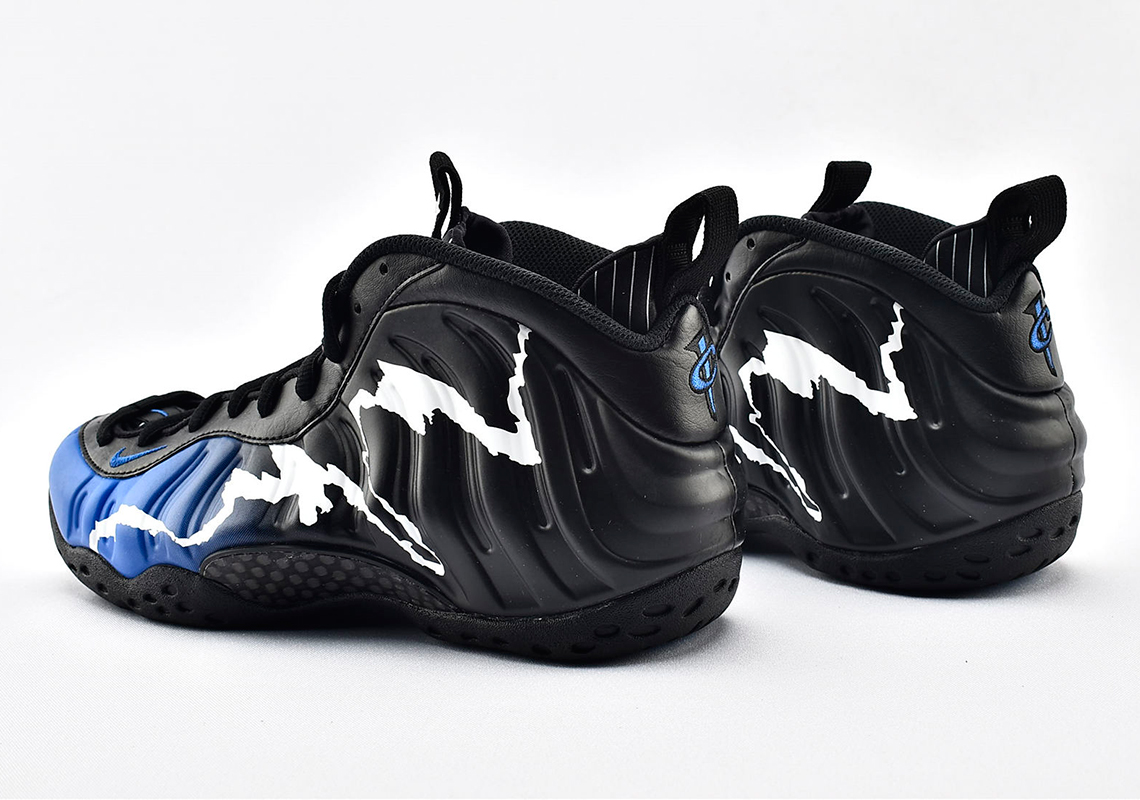 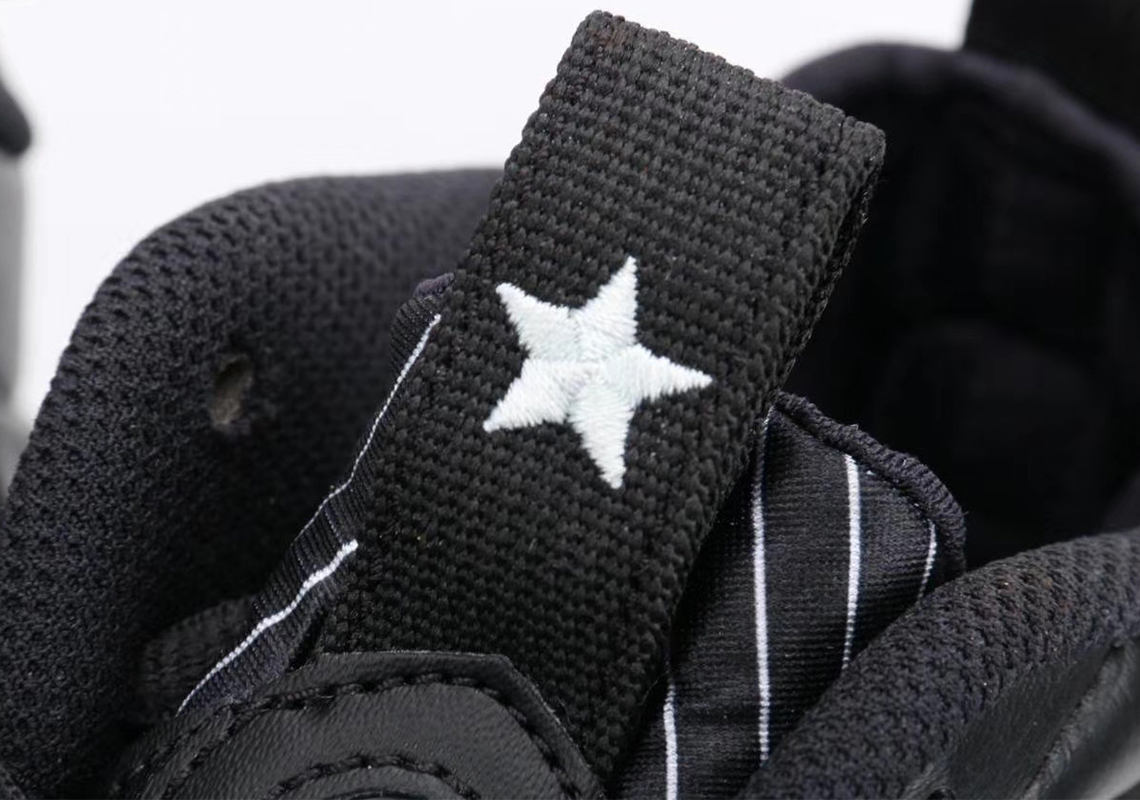 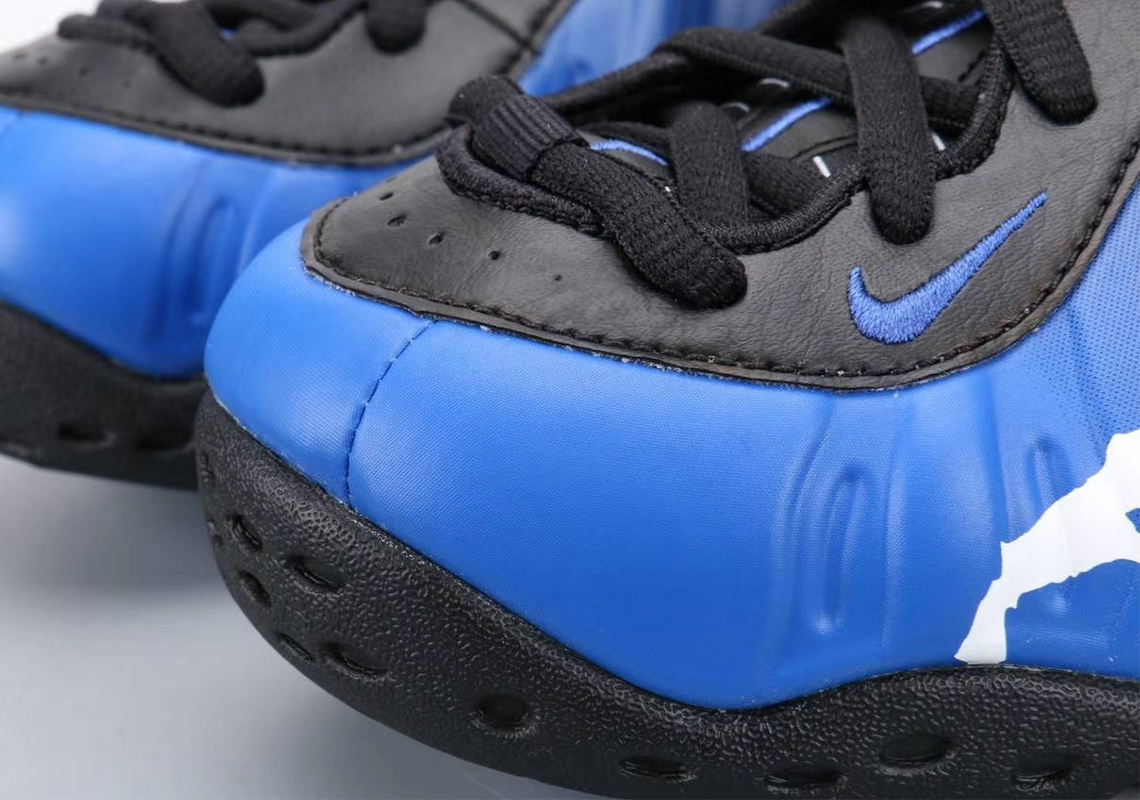 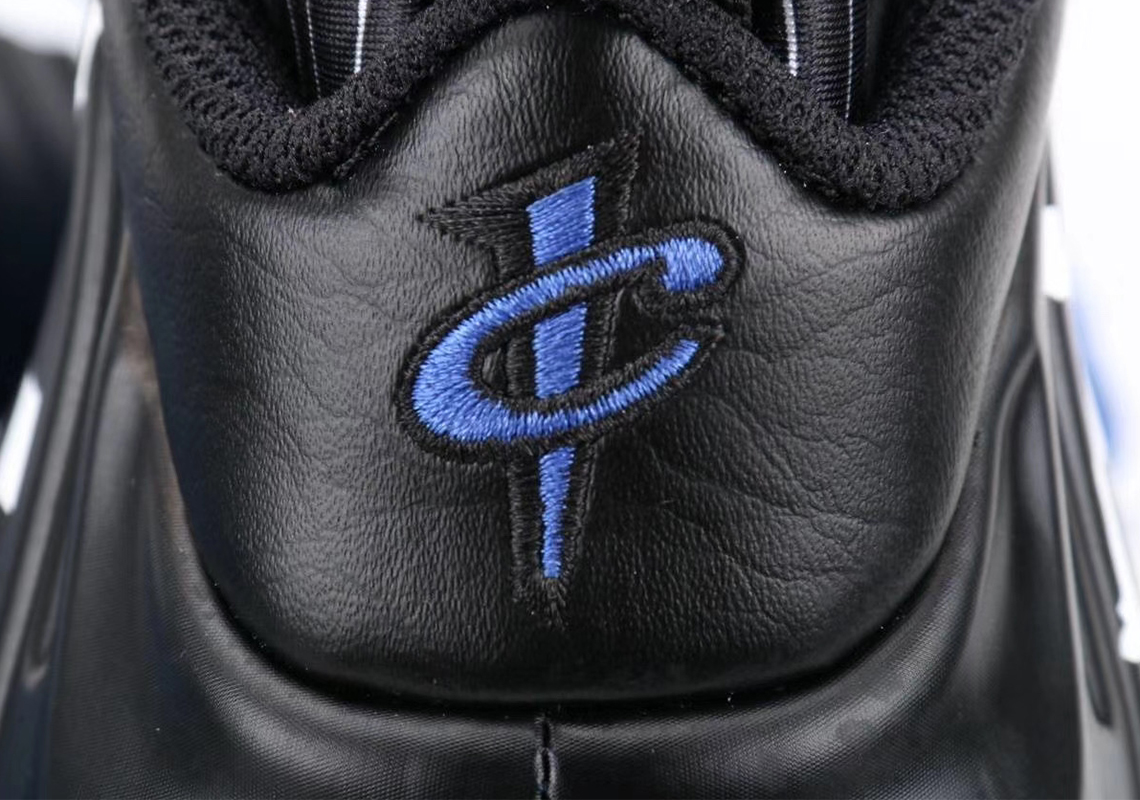 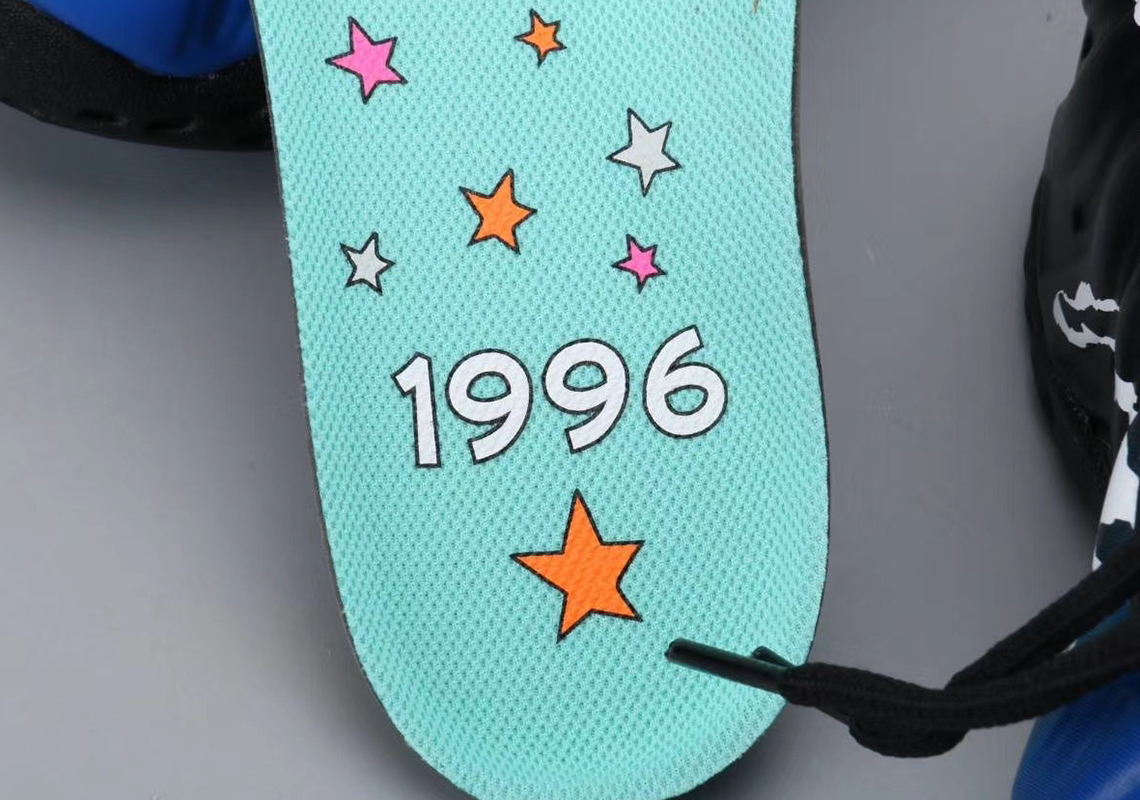 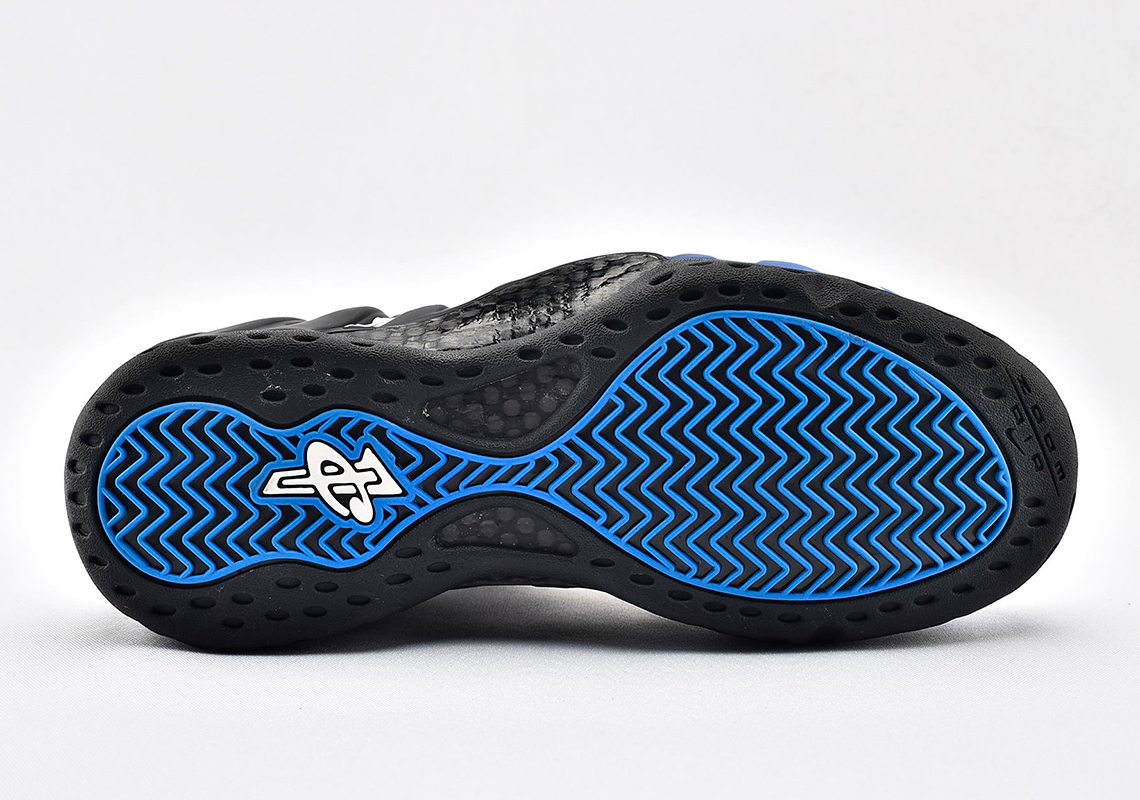