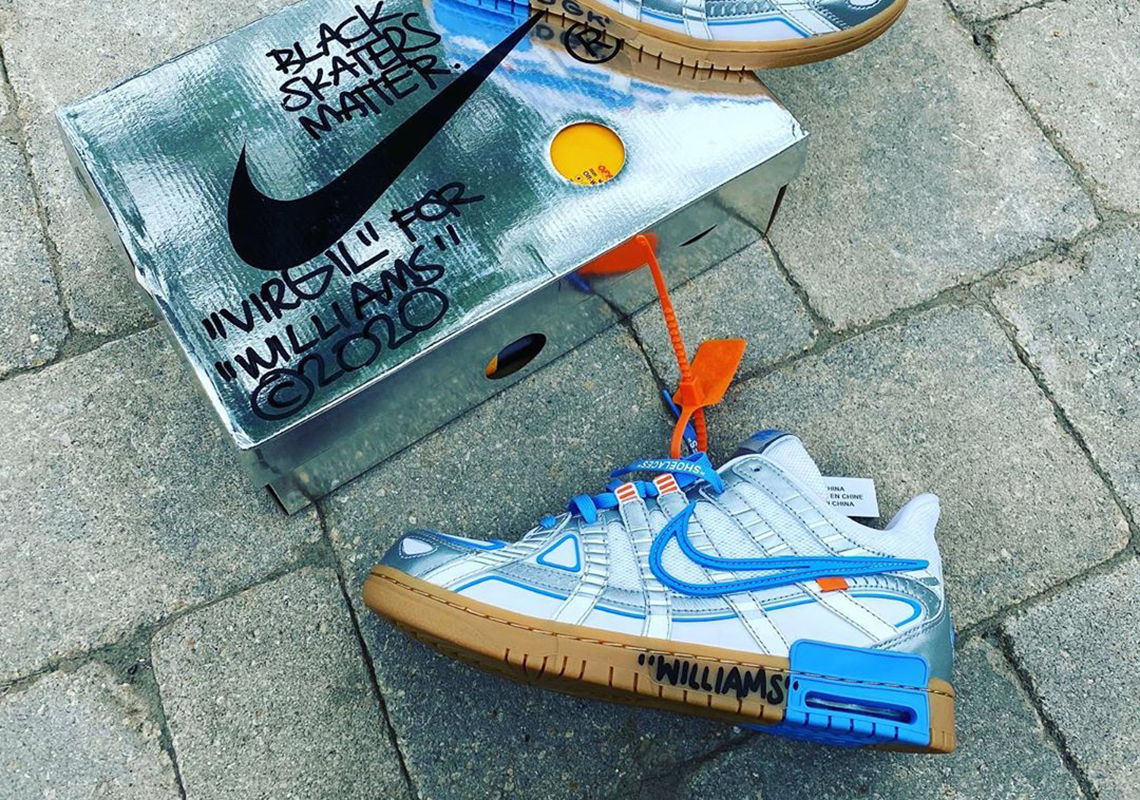 Virgil Abloh, though ridiculed for his small donations prior, seems to have gradually redeemed himself to the public, taking part in a number of charitable acts through his Off-White Air Jordan 4 alone. And among thousands upon thousands of funds raised — some to BLM efforts and some to local efforts like Hugs No Slugs — the designer has still remained an avid gift giver as he blesses professional skateboarder Stevie Williams with his own personal pair of Rubber Dunks.

Marked with Williams’ name right along the midsole, the pair arrives near replete of Abloh’s typical signature. The box, which gleams in a metallic silver finish, is then further accented by various sharpie-drawn text that reads “BLACK LIVES MATTER” and “VIRGIL FOR WILLIAMS 2020.” While also a sign of an incoming release, the signed present also provides yet another look of the brand new silhouette’s UNC-influenced colorway. Overlays are hinted in a finish like that of its box, while accents underneath depart by way of a true white finishes and University Blue outlines and details. Swooshes dress to the cool tone, stamped in rubber as the shoe’s namesake would imply, while orange decals hit the eye stay, the profile tab, and the beloved Off-White hang tag.

Though no word on official release has surfaced, the Off-White x Nike Rubber Dunk is likely to drop in the coming months at Nike SNKRS as well as a select batch of retailers. For now, sit tight as we await updated information.