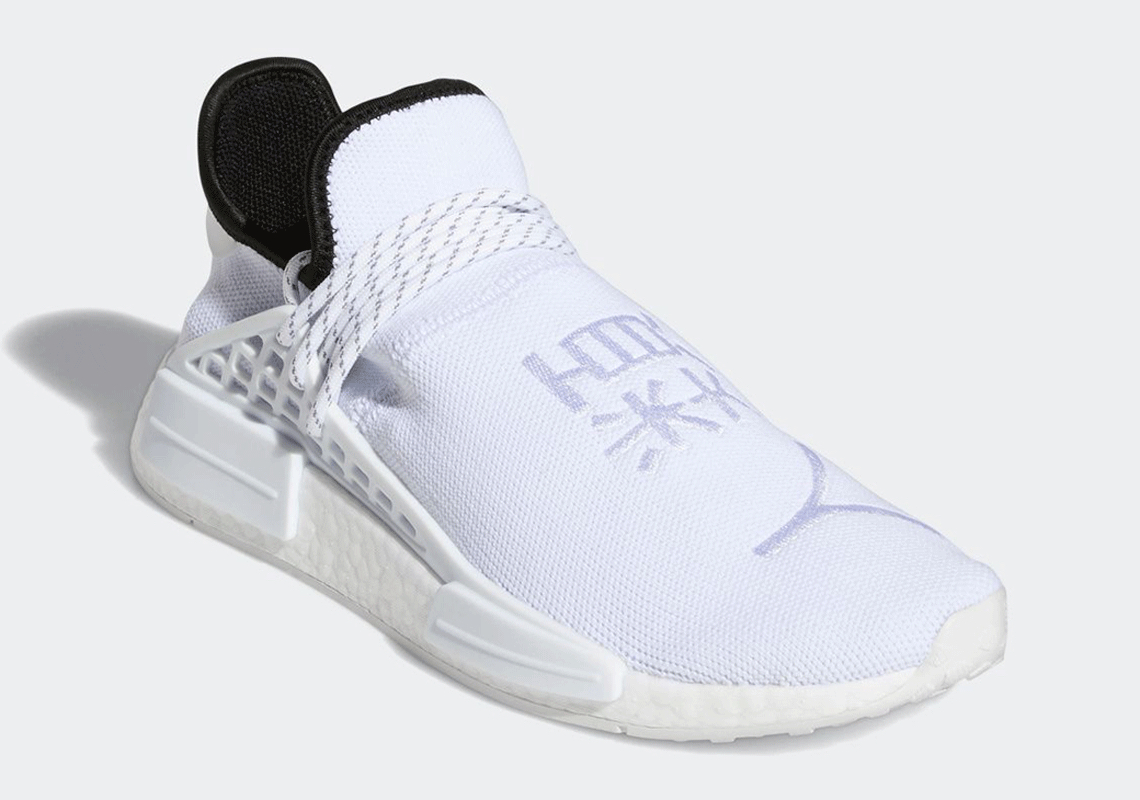 Pharrell Williams has repeatedly shown that he’s never not working. From pushing for legislation in his home state of Virginia to creating magic with Chad Hugo under The Neptunes moniker for SZA, Williams has had an eventful 2020. And as the year approaches its closing, the multi-hyphenate isn’t slowing down, as a handful of pairs of the adidas NMD Hu seem positioned to launch ahead of the holiday season.

Joining recently-seen burgundy and yellow ensembles complemented by Korean and Hindi characters, respectively, is a predominantly “Cloud White” arrangement donning Chinese lettering. The model’s knit construction may not be optimal for the fast-approaching wetter, colder months, but it’s proven to deserve a spot in many sneaker enthusiasts’ rotations, especially when coupled with full-length Boost cushioning. Rope laces with “Core Black” detailing ostensibly soften the stark contrast of both the collar lining and adidas branding on the heel. The NMD line’s signature TPU plugs along the midsole, like the tread, round out the rather tonal option in more simple fashion.

A release date is still unknown, but this NMD Hu is likely to launch via the adidas CONFIRMED app in the coming weeks. In the meantime, enjoy official images of the pair here below.

For more collaborations from the Three Stripes, the IVY PARK Superstar Platform debuts on September 18th. 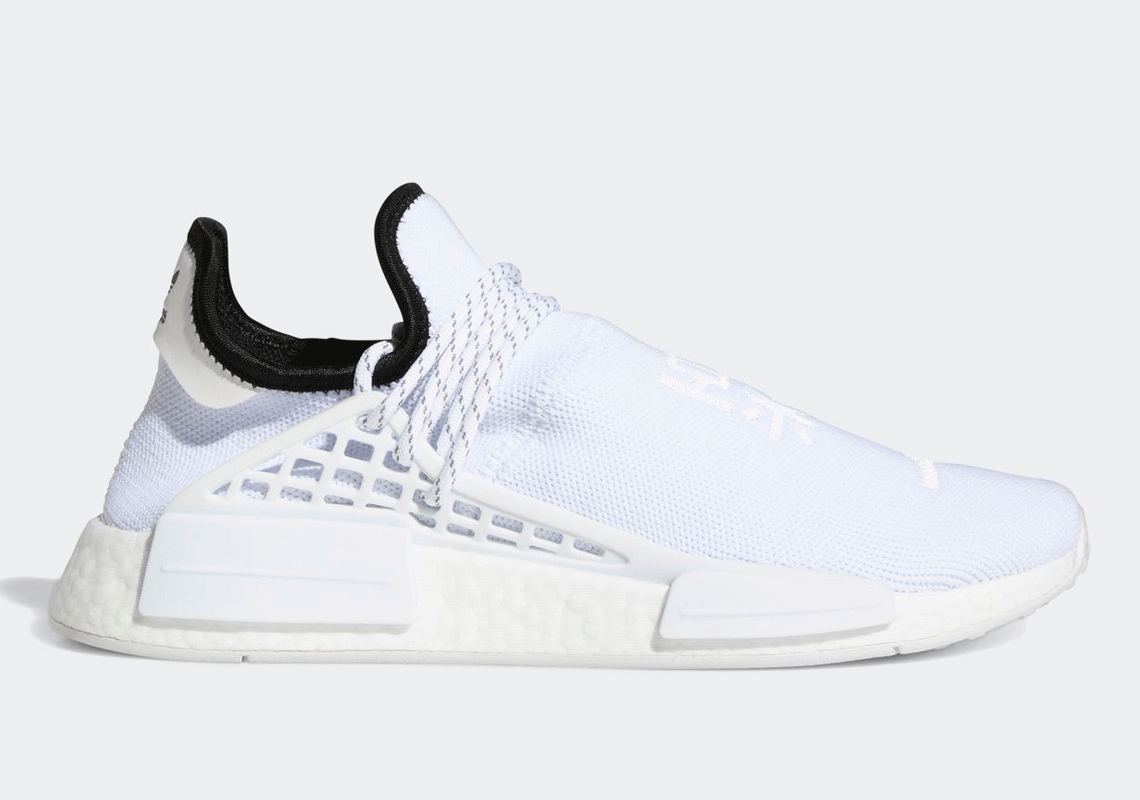 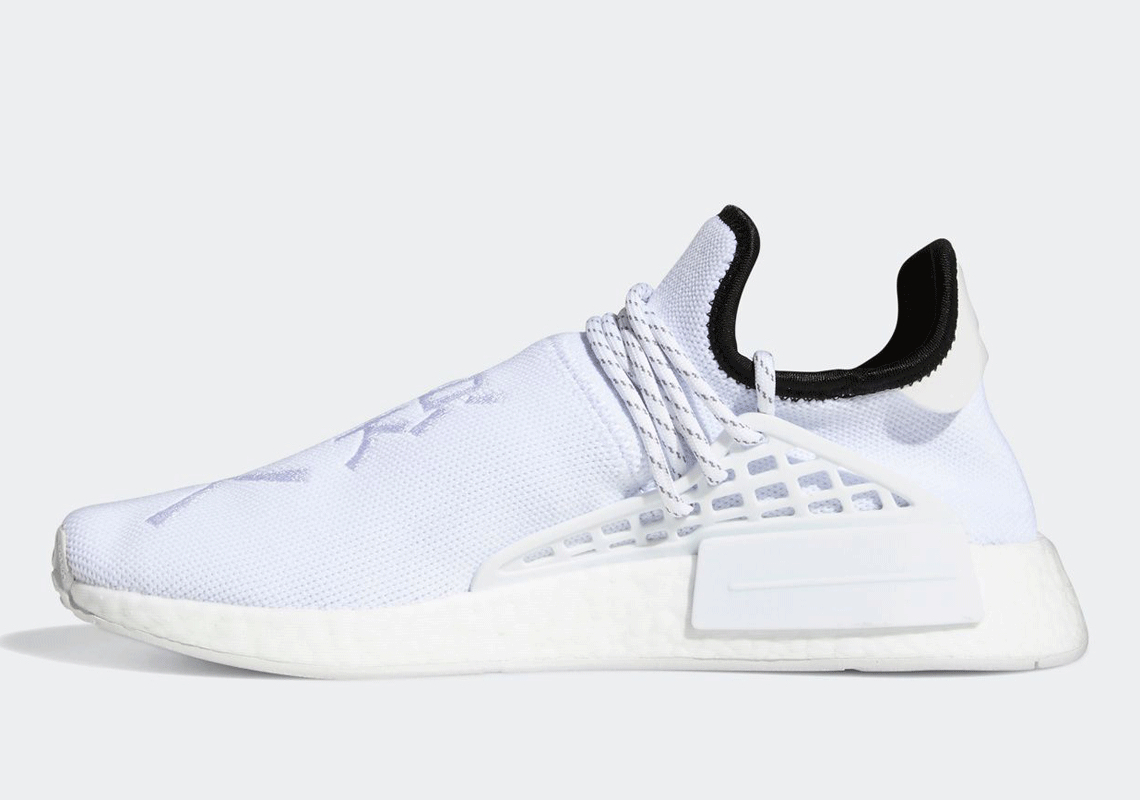 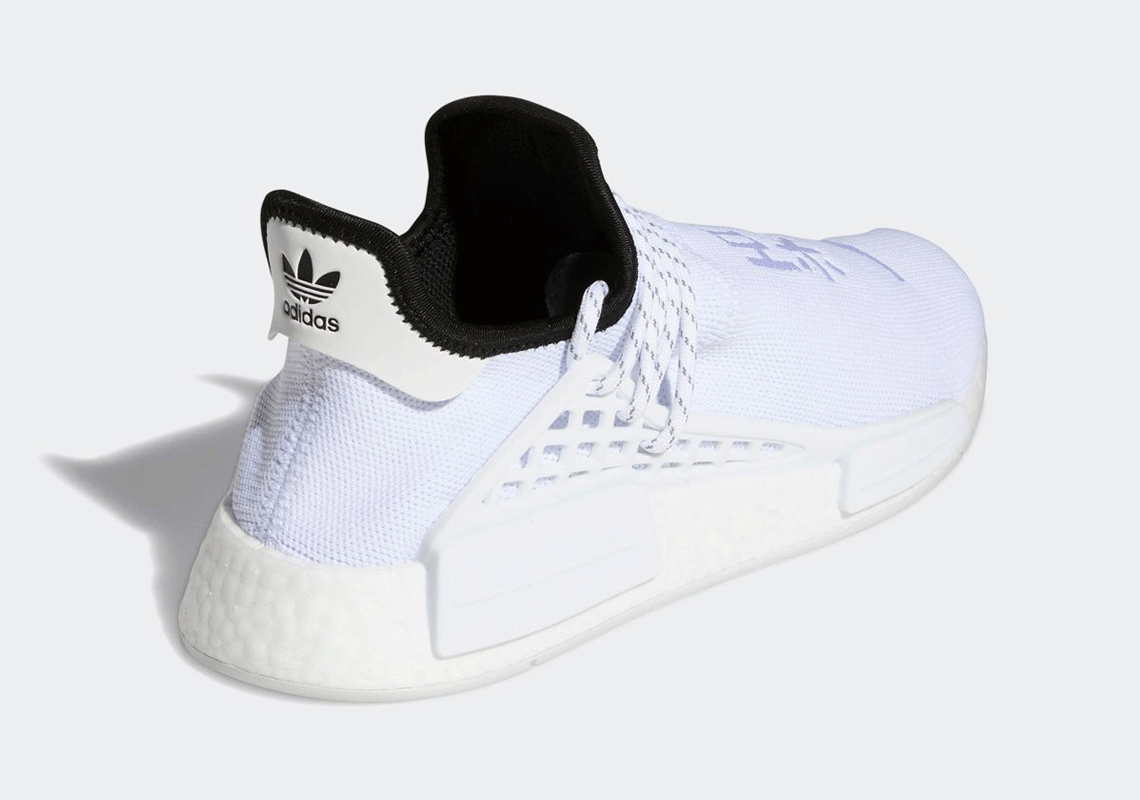 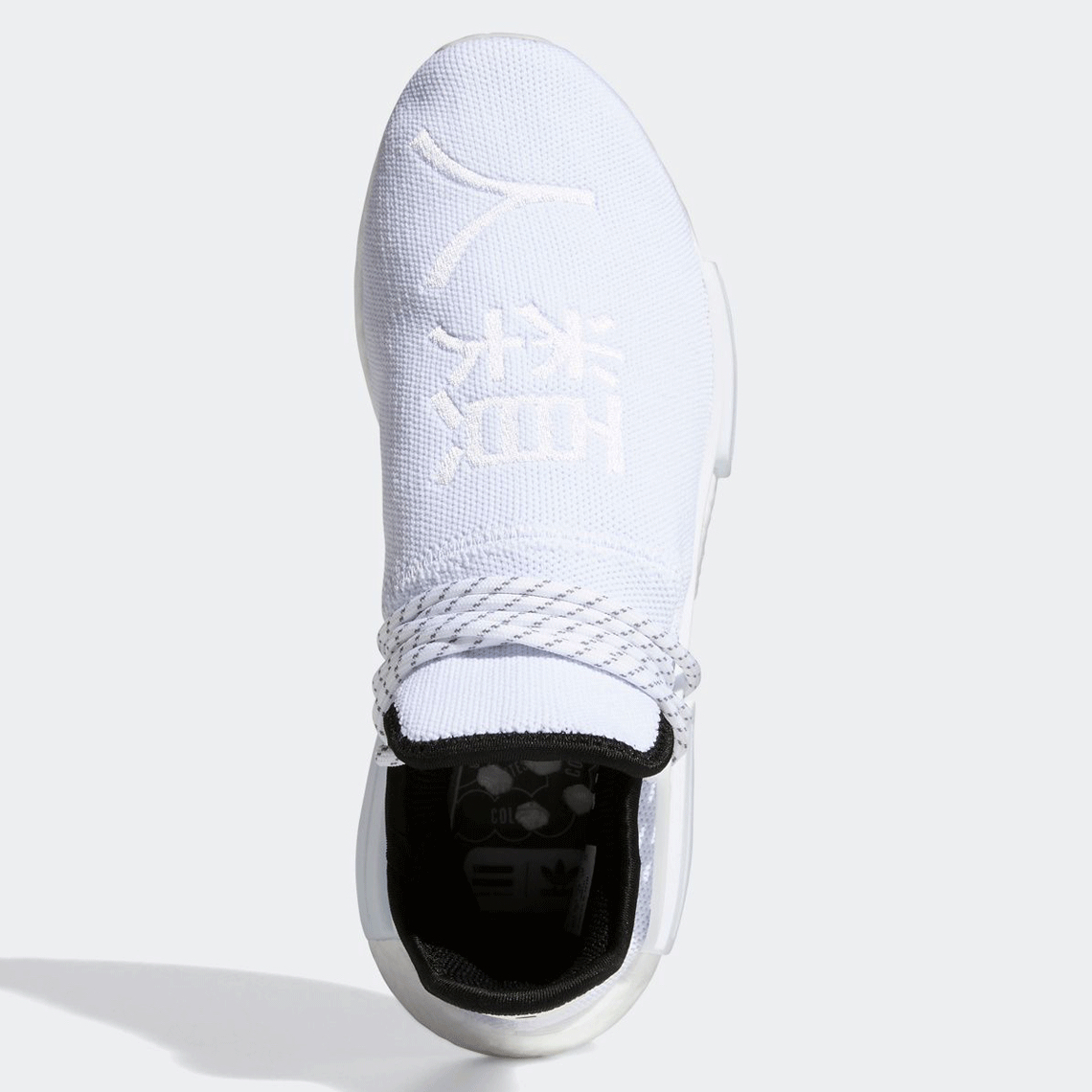 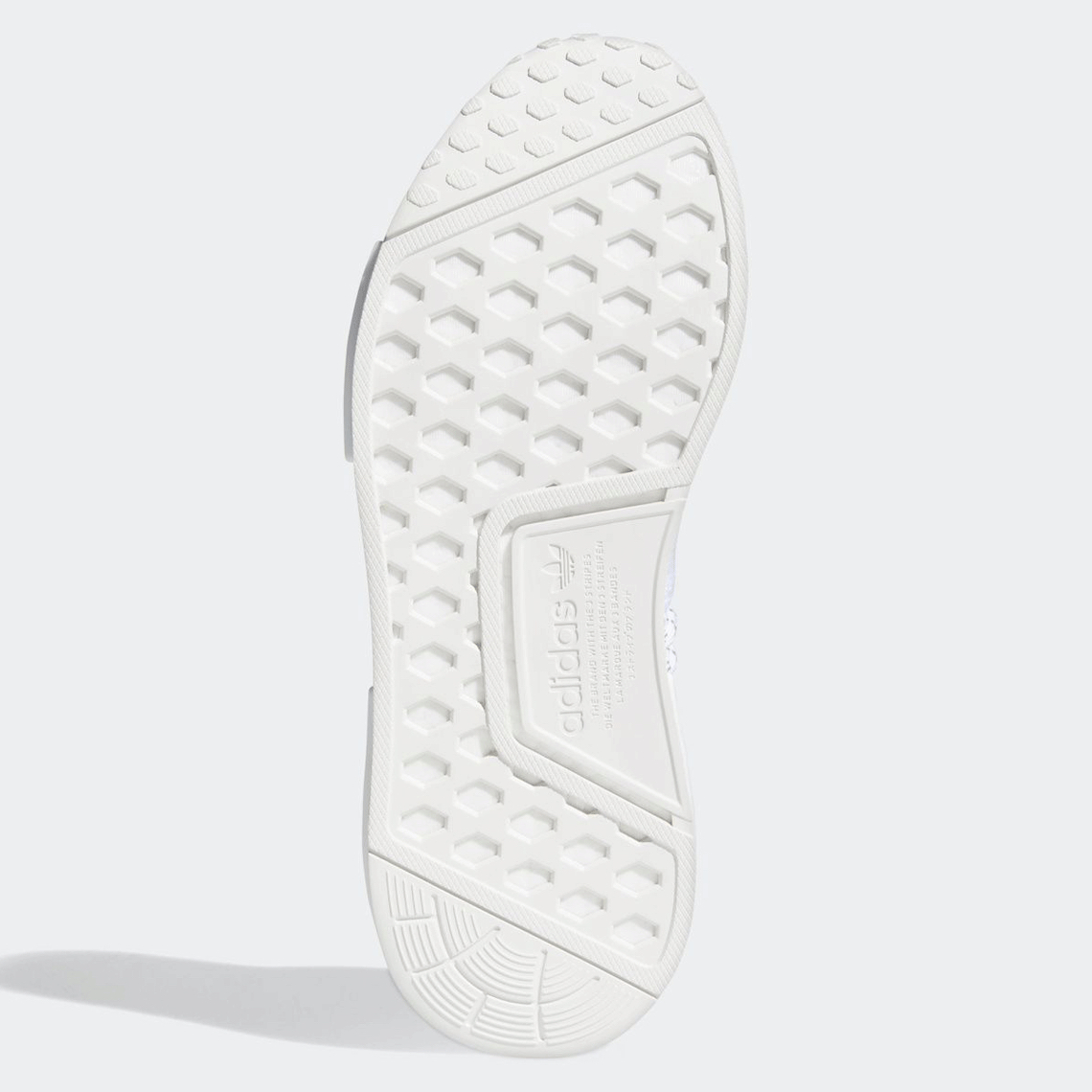 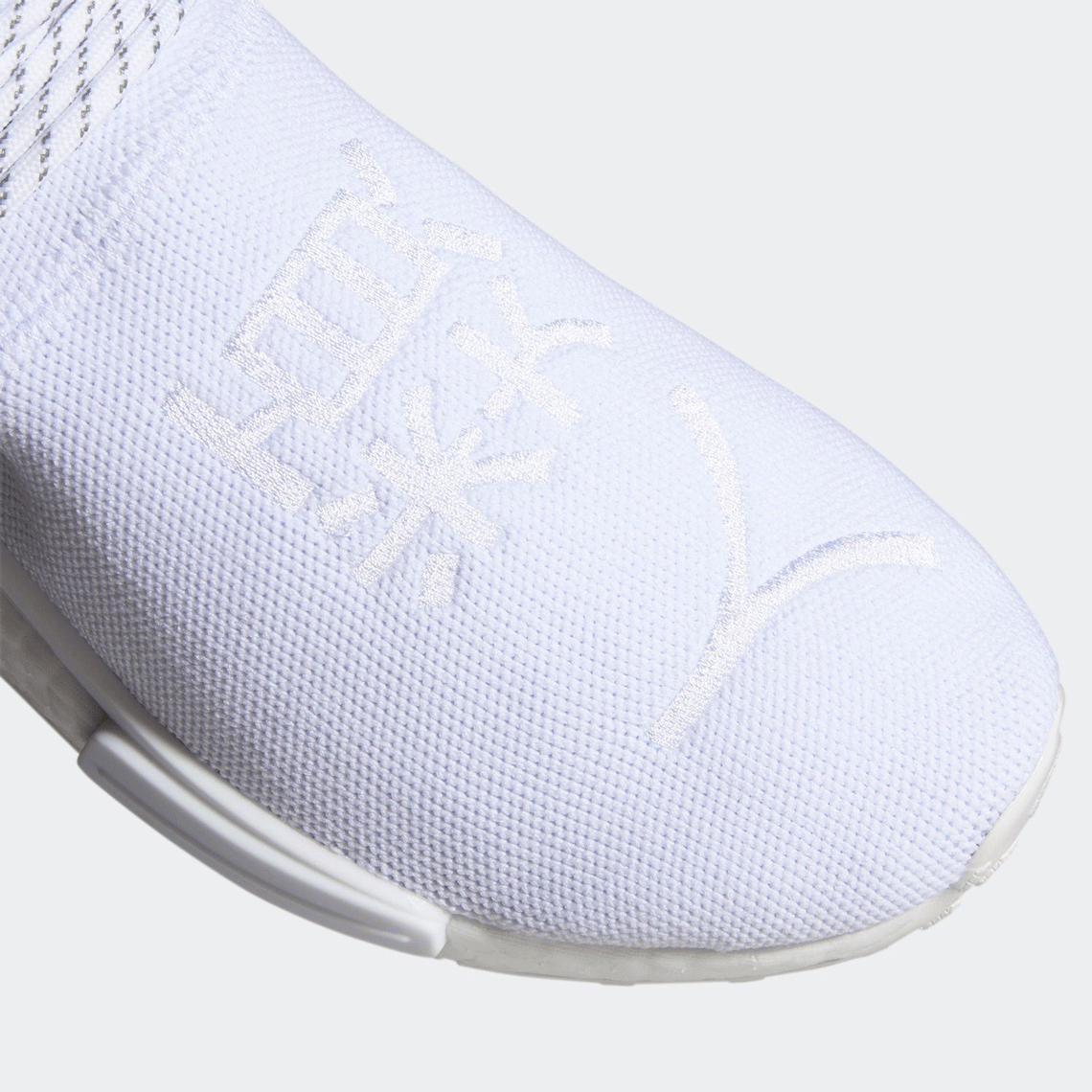 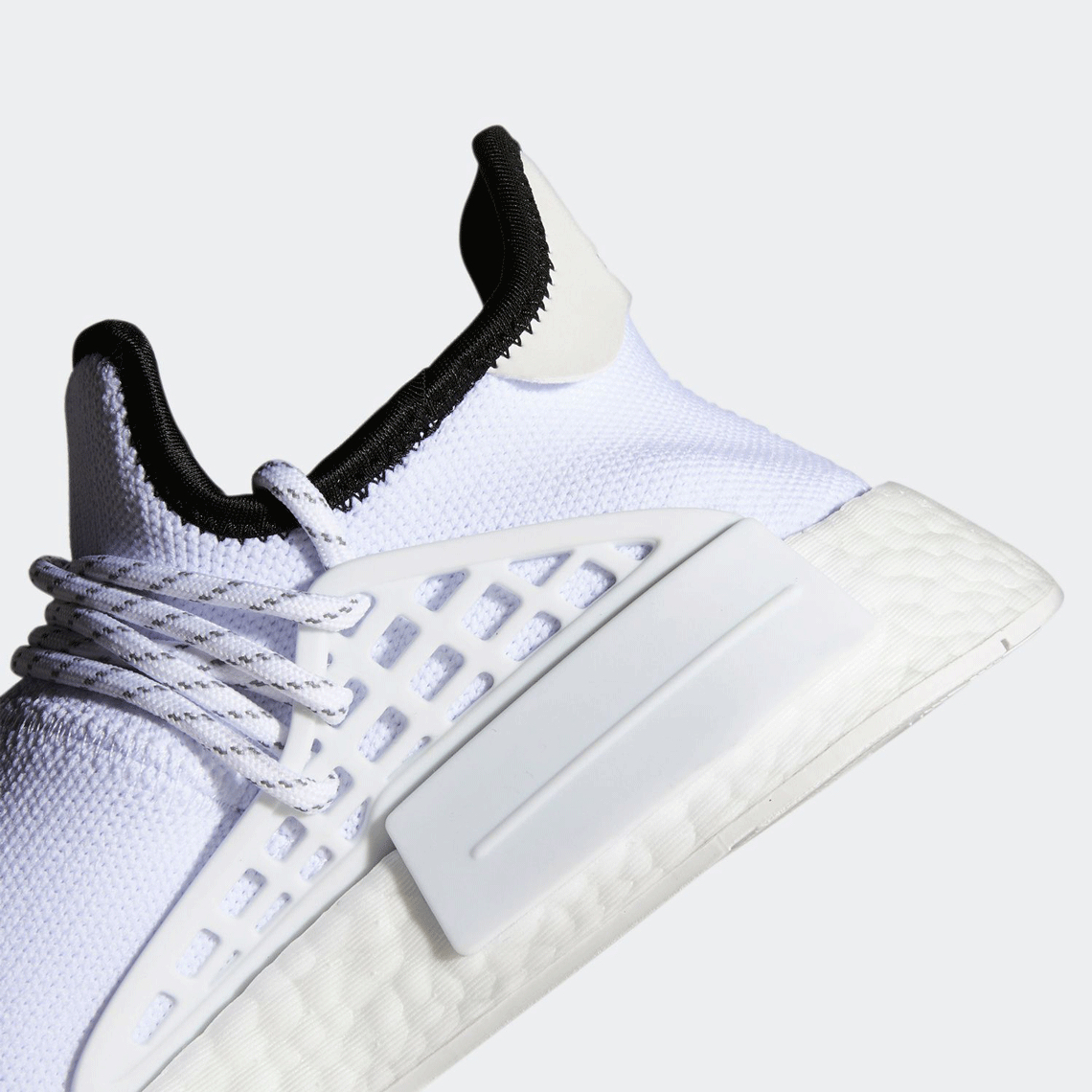