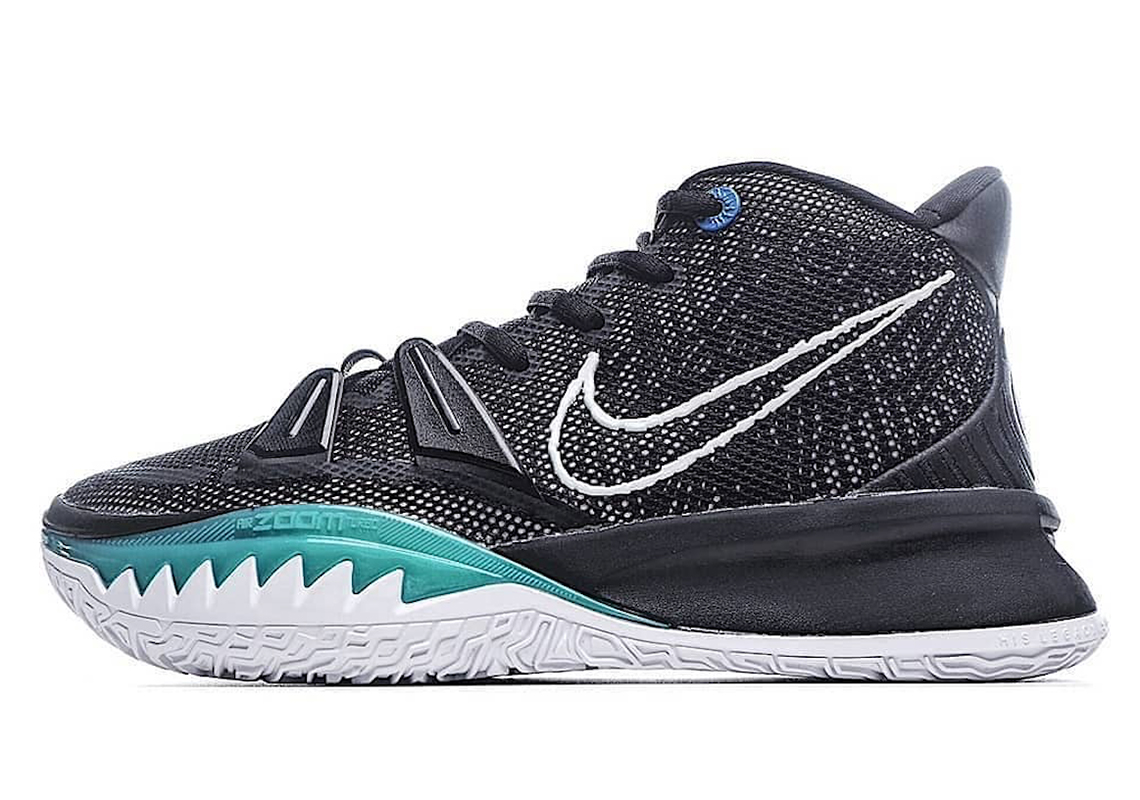 For Kyrie Irving, the 2020-2021 NBA season is set to be an exciting one as he’ll be fully recovered from his shoulder surgery and he’ll finally be able to work alongside the Nets’ other big acquisition from the Summer of 2019 in two-time champion Kevin Durant. And when that fresh batch of 82 games commences, one this is for certain, and that’s the fact that the Melbourne-born point guard will have some new footwear to lace up all year long.

Sooner than later, the Nike Basketball team is expected to officially unveil Irving’s next signature shoe: the Kyrie 7. Images of a black/red pair were leaked last month, and now it appears we have a first glimpse at the silhouette’s forthcoming Pre Heat colorway. Deviating from the global city themes that outfitted the Kyrie 6 Pre Heat capsule last year, this iteration pivots into a minimal direction by wrapping the mesh uppers in full black, and marrying them up with multi-colored tongue logos, angelic Swoosh outlines, and clean white heel embroidery that, while both contain the traditional eye shape, split between moon graphics on the left side and surrounding suns on the right. Other significant details to call out include that of the toothy, jade teal mold on top of the forefoot midsole, and the tonal lettering “His Legacy Is Going To Live On Forever” — a quote from Irving about Kobe Bryant after he passed — that’s raised along the lower heels. Check out a closer look here below, and find these dropping within the coming months on Nike.com and through select retailers.

For other news, the Jordan 13 Lucky Green is releasing this weekend. 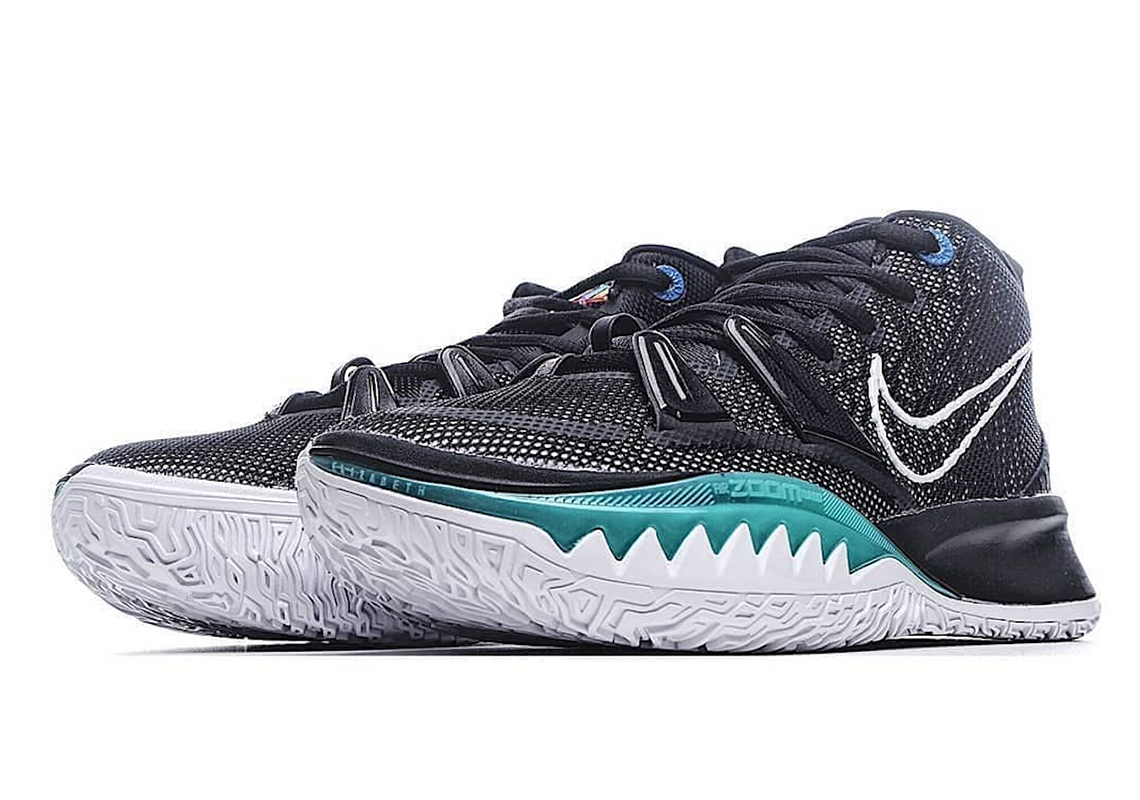 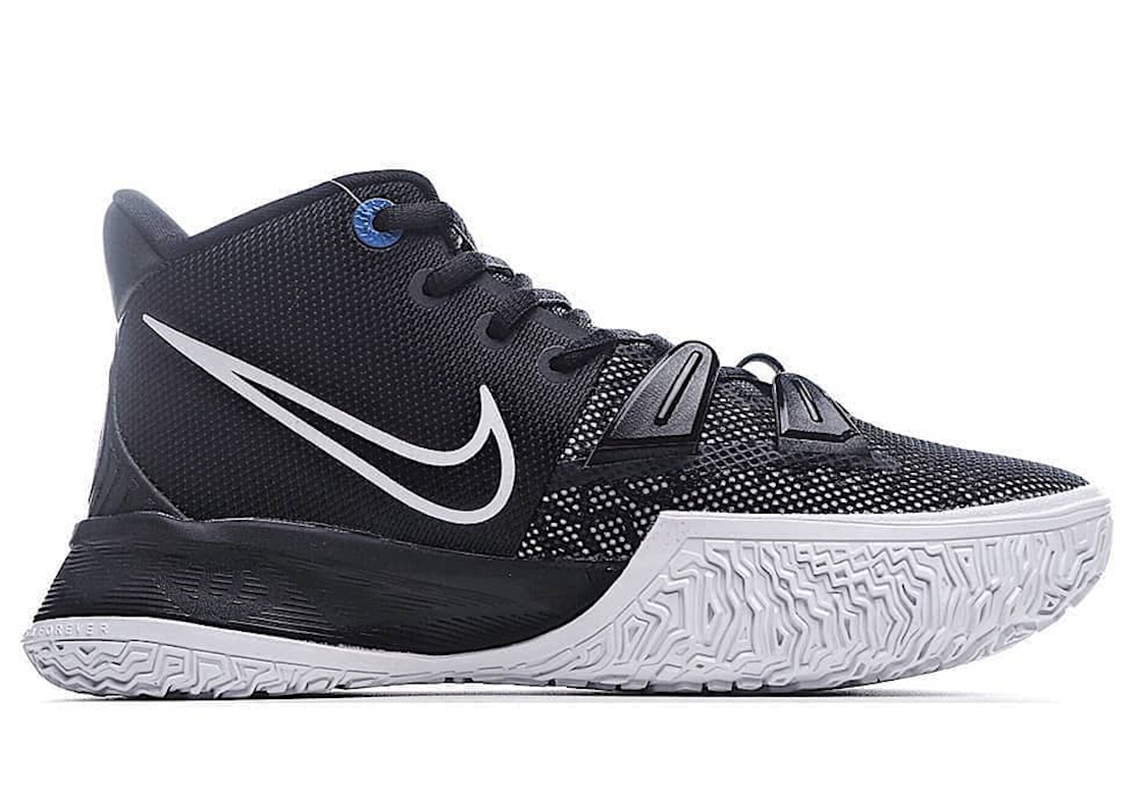 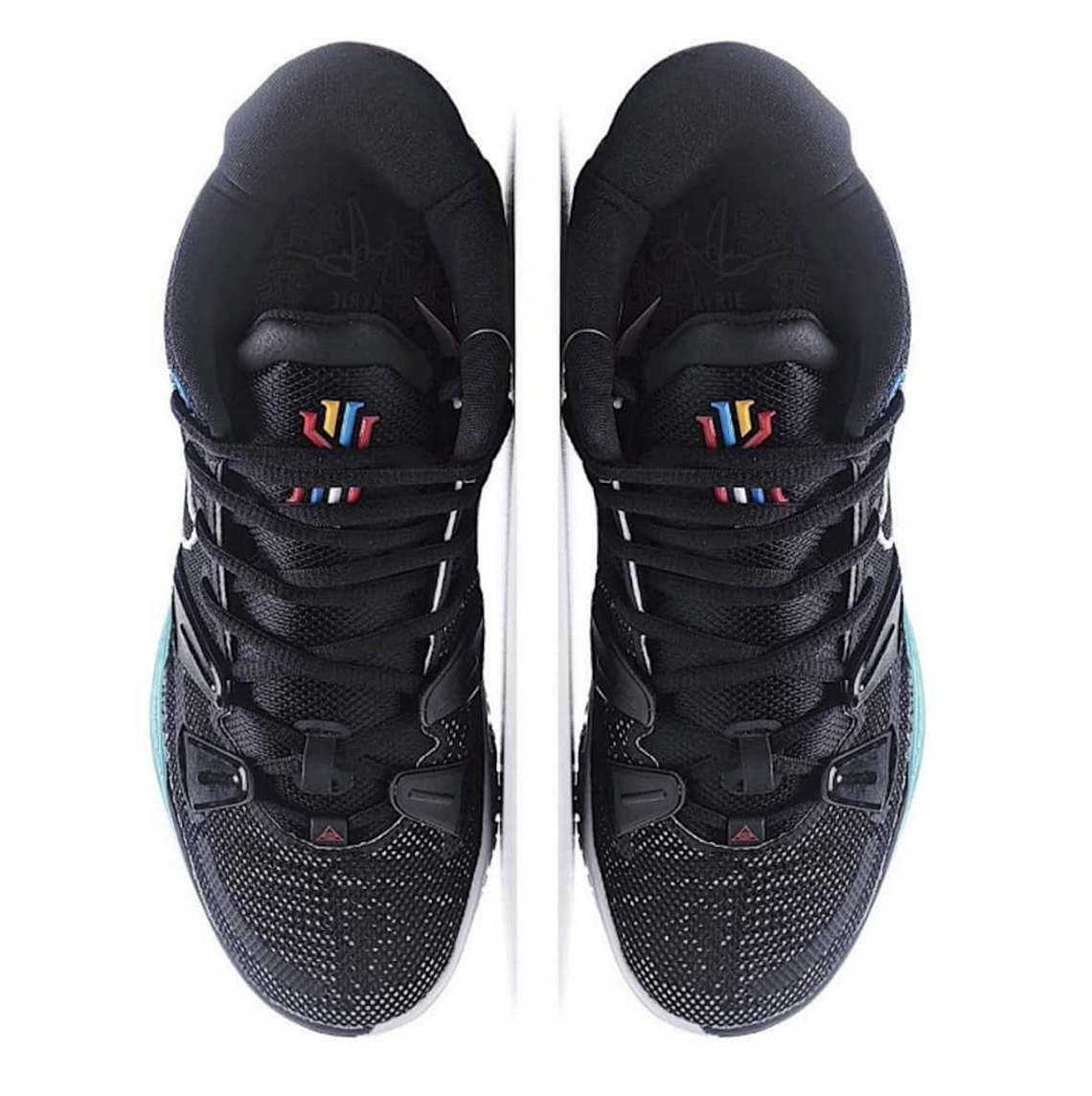 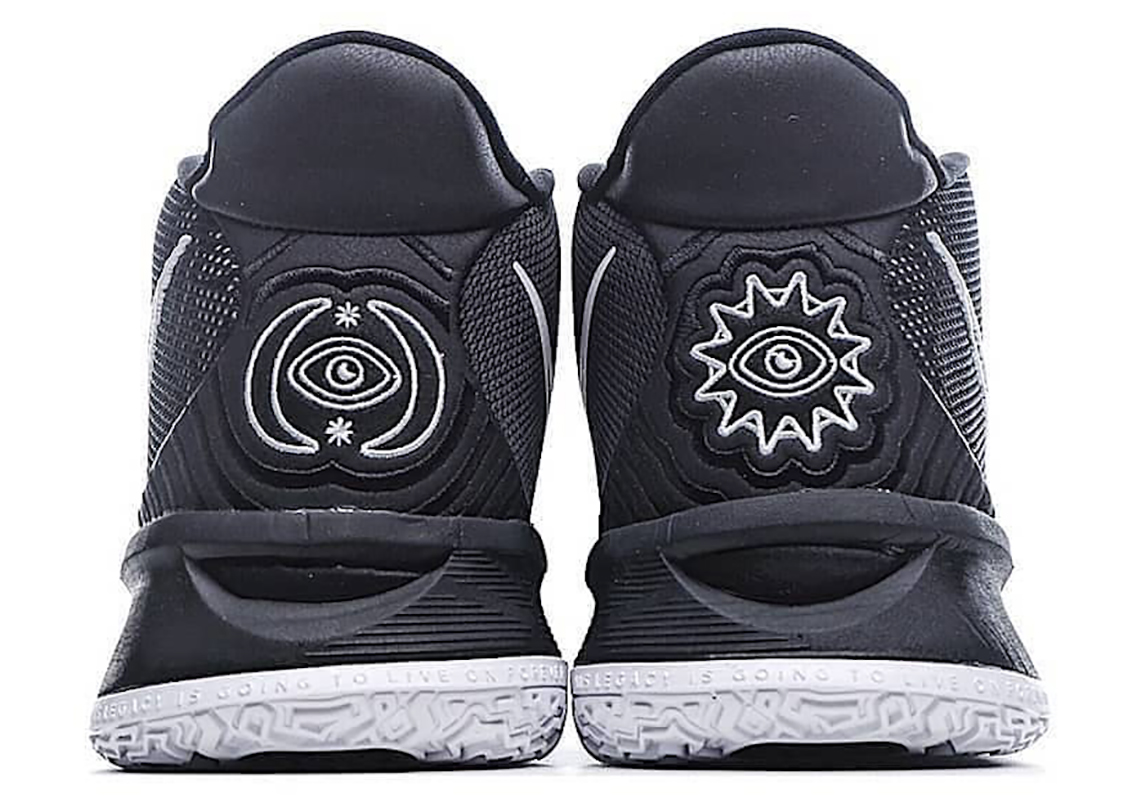 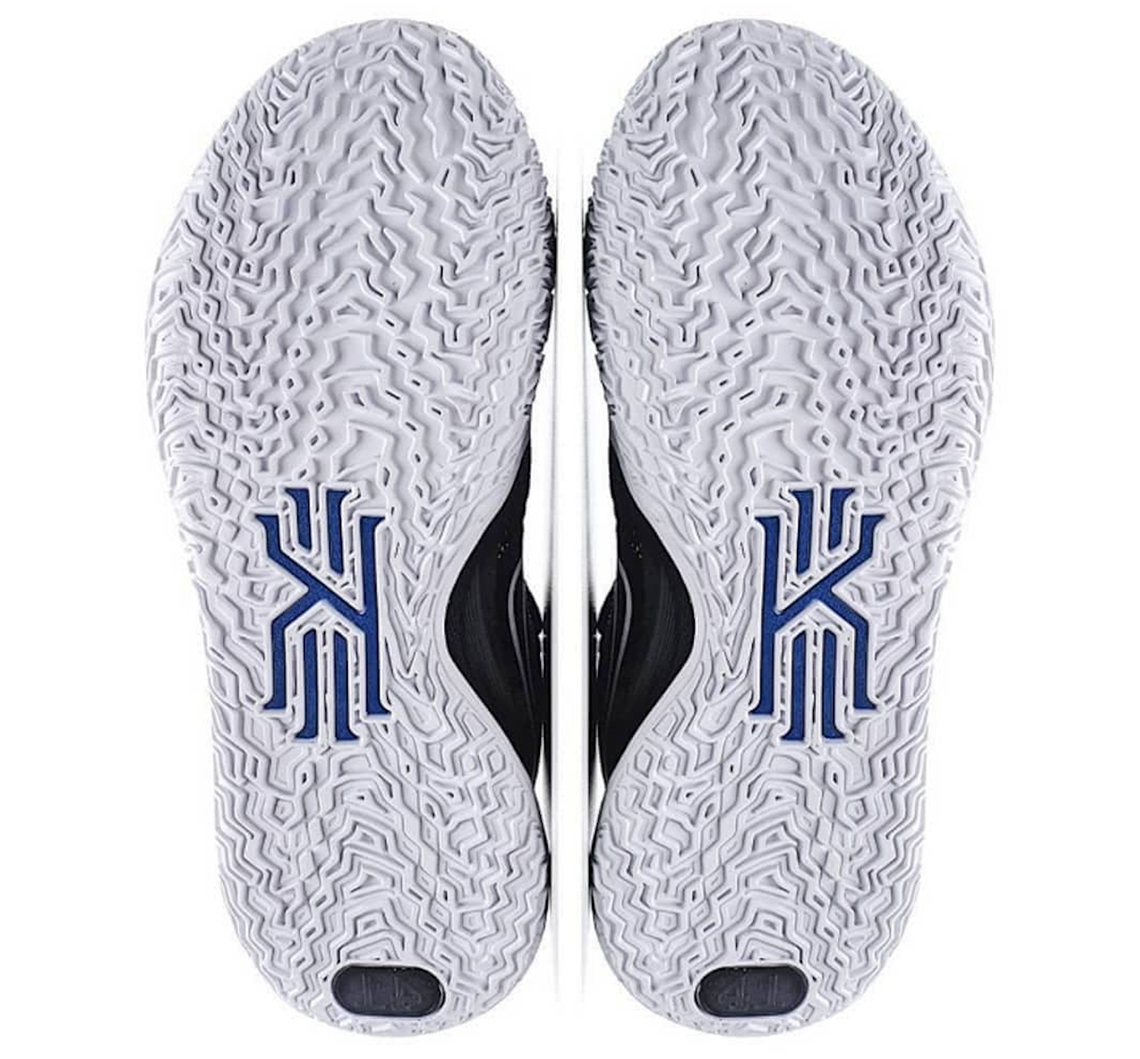 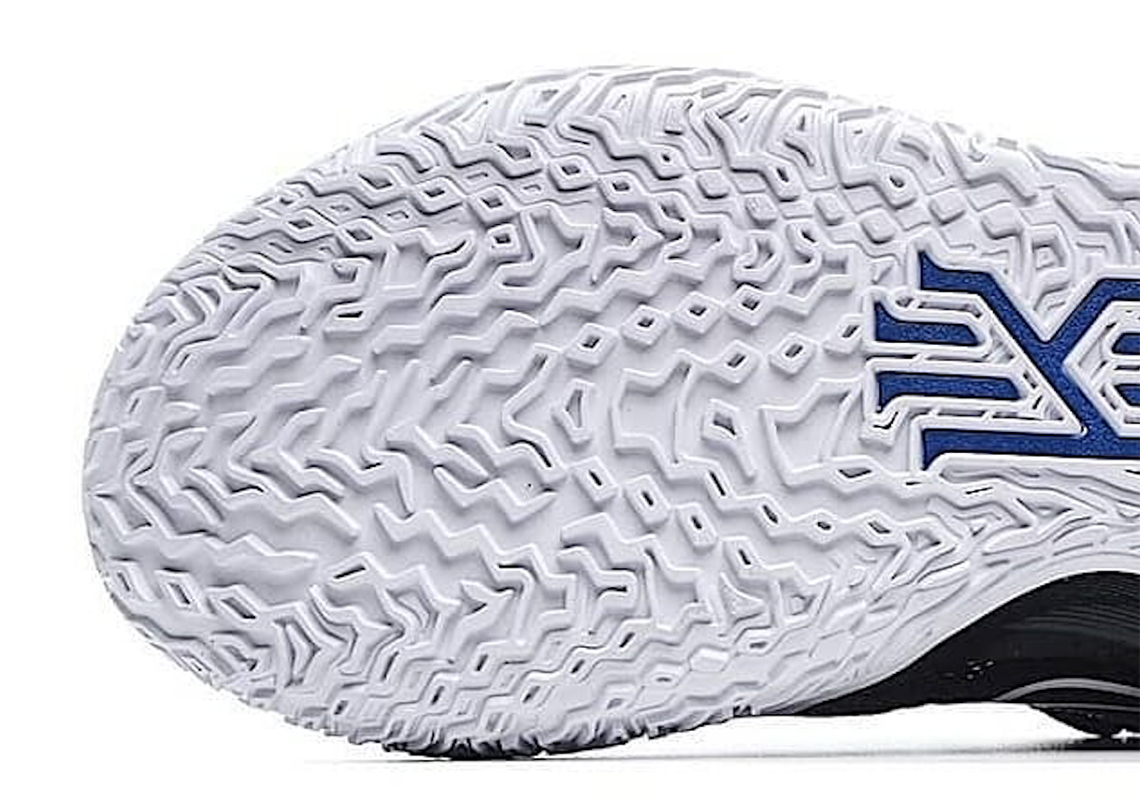 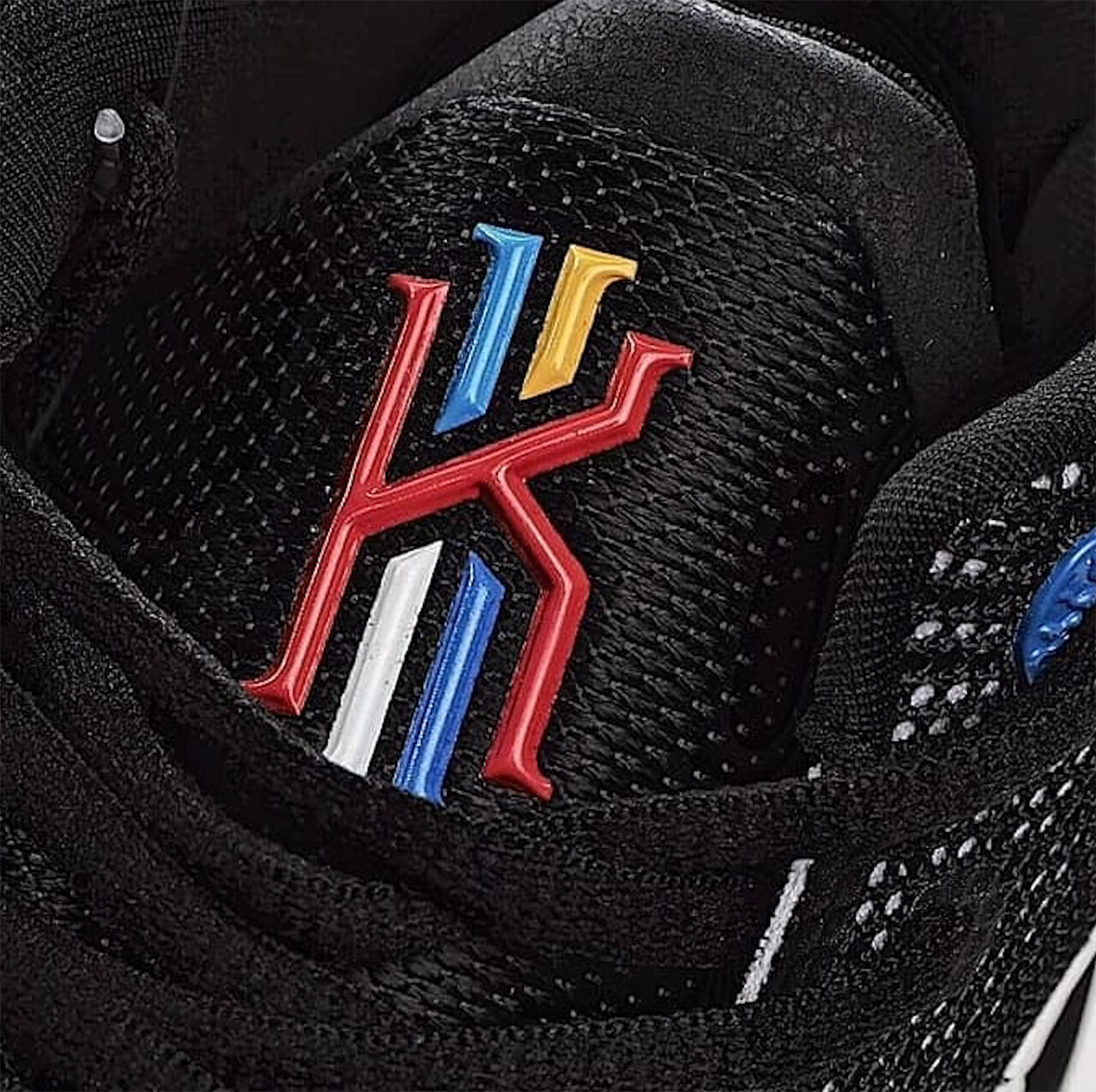 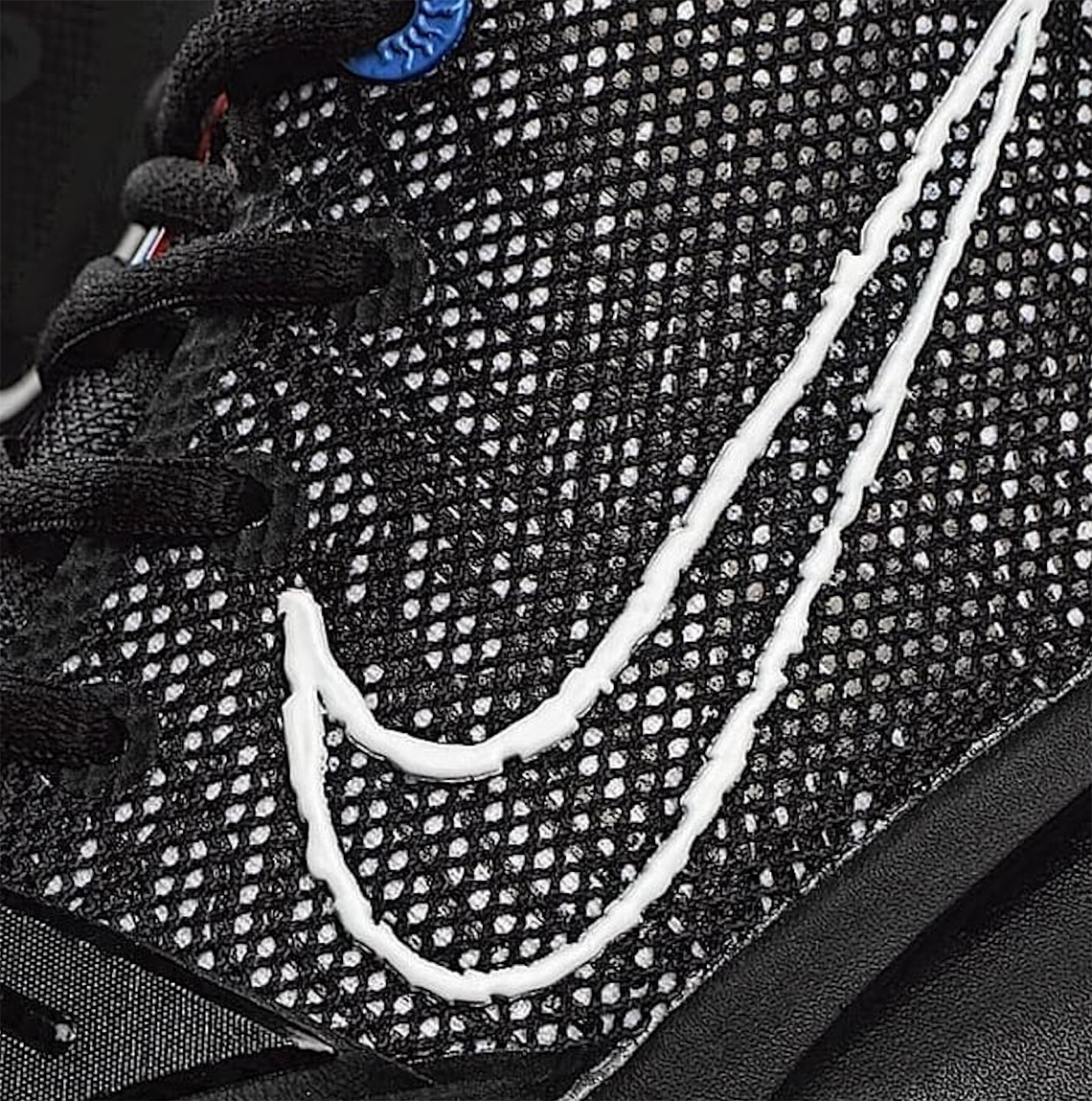 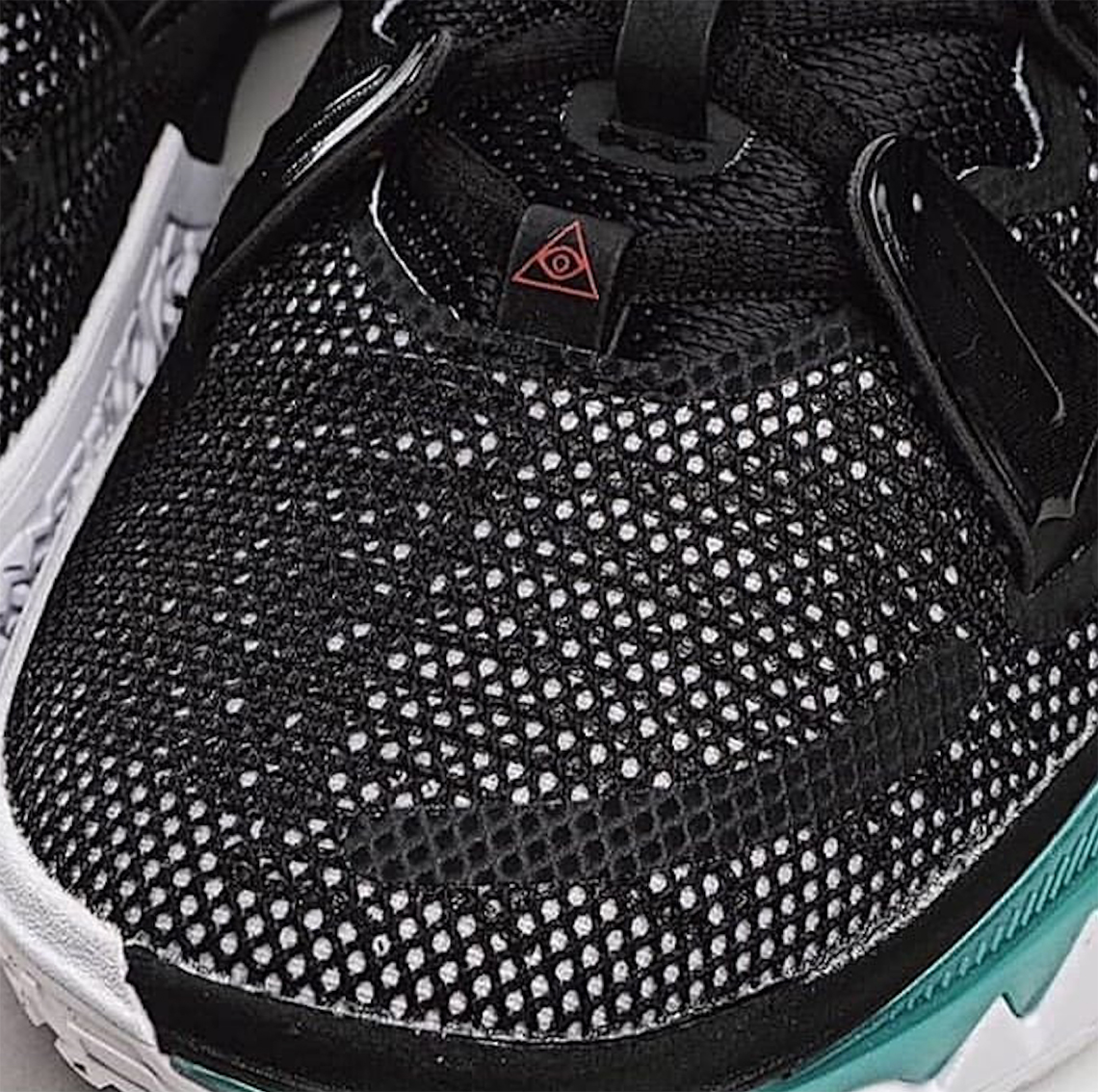 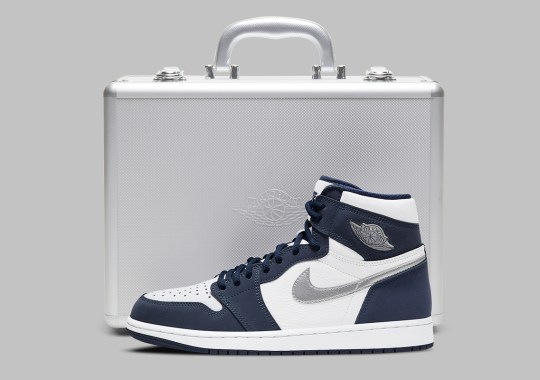