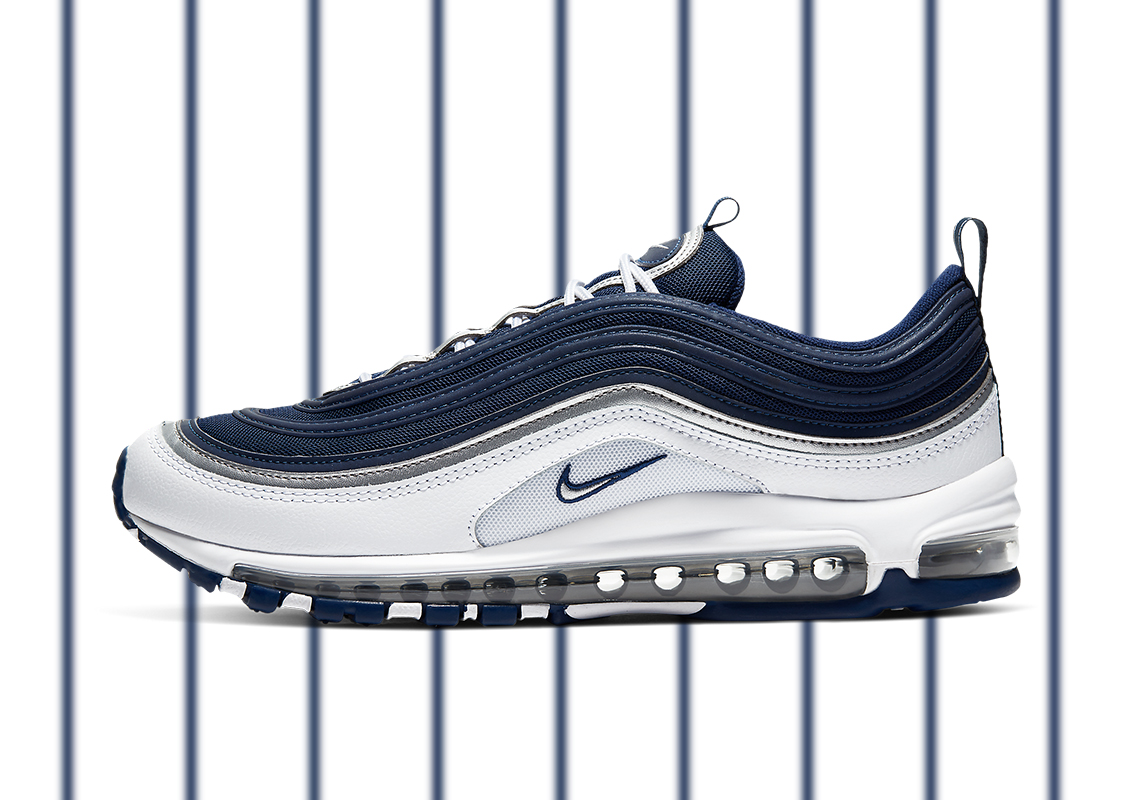 Once seen only sparingly, the Nike Air Max 97 has become one of the more popular Air Max models in the last three years. While its full-length Airbag has surely contributed to its widespread adoption, the color combinations possible atop the sneaker’s mixed-materials upper may be most responsible for the 23-year-old design’s success. The latest outfit is almost a guaranteed home run as its reminiscent of the New York Yankees’ team colors.

Split into two halves via a silver vamp overlay, the upper indulges in a rich navy hue across its toe box, tongue, and collar. Mudguards don’t feature the Bronx Bombers’ signature pinstripes, but boast a clean white arrangement complemented by a navy-outlined swoosh logo at the midfoot. Sole units don’t deviate from the top-half much, but favor a greyscale palette, the darkest shade taking over the Airbag. Outsoles, however, boast the Yankees’ iconic dark blue, rounding out the tri-colored option.

Full release details are still unknown, but this Air Max 97 is likely to hit Nike.com before 2020 ends. In the meantime, enjoy a closer look at the pair here below.

For more from the Swoosh, the Kasina Dunk Low arrives in South Korea on September 25th. 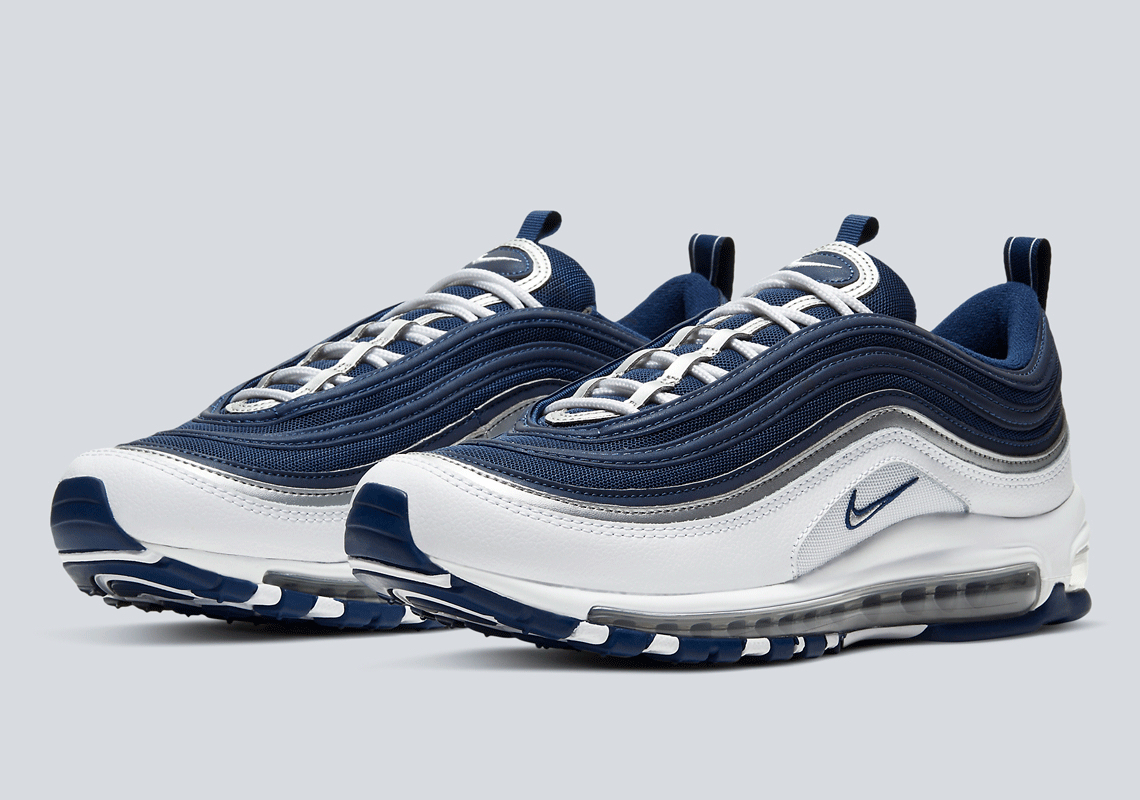 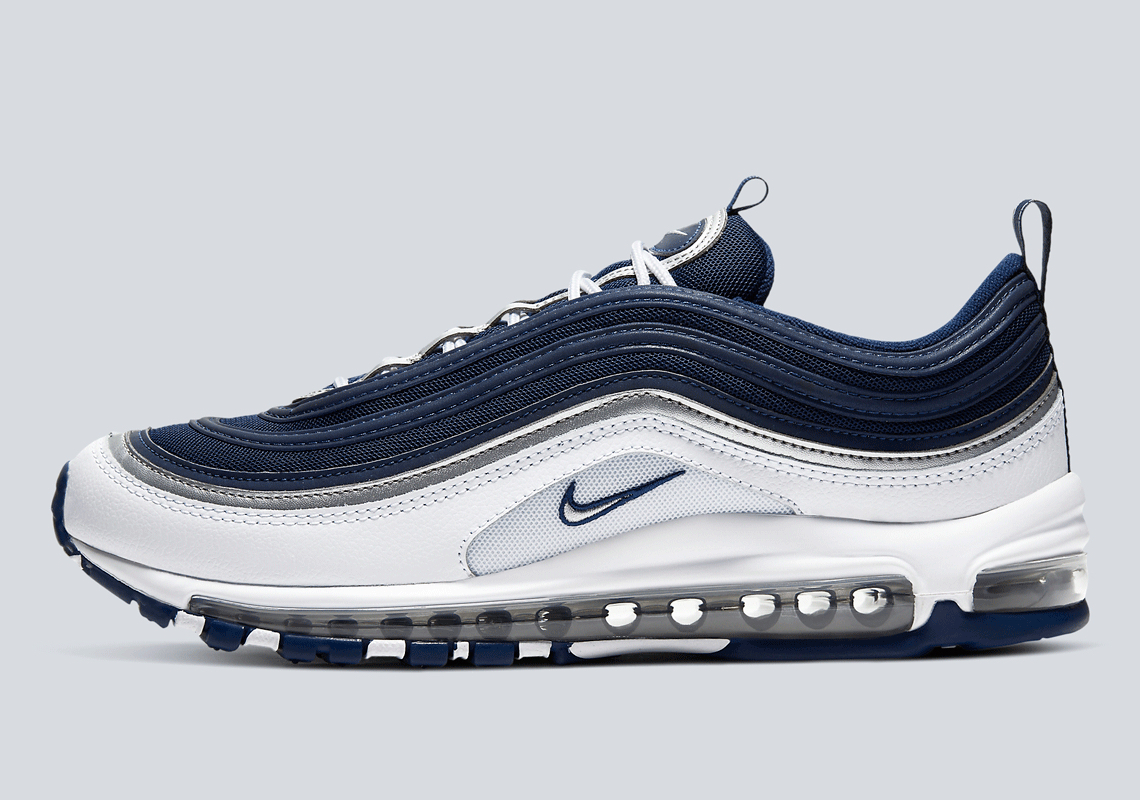 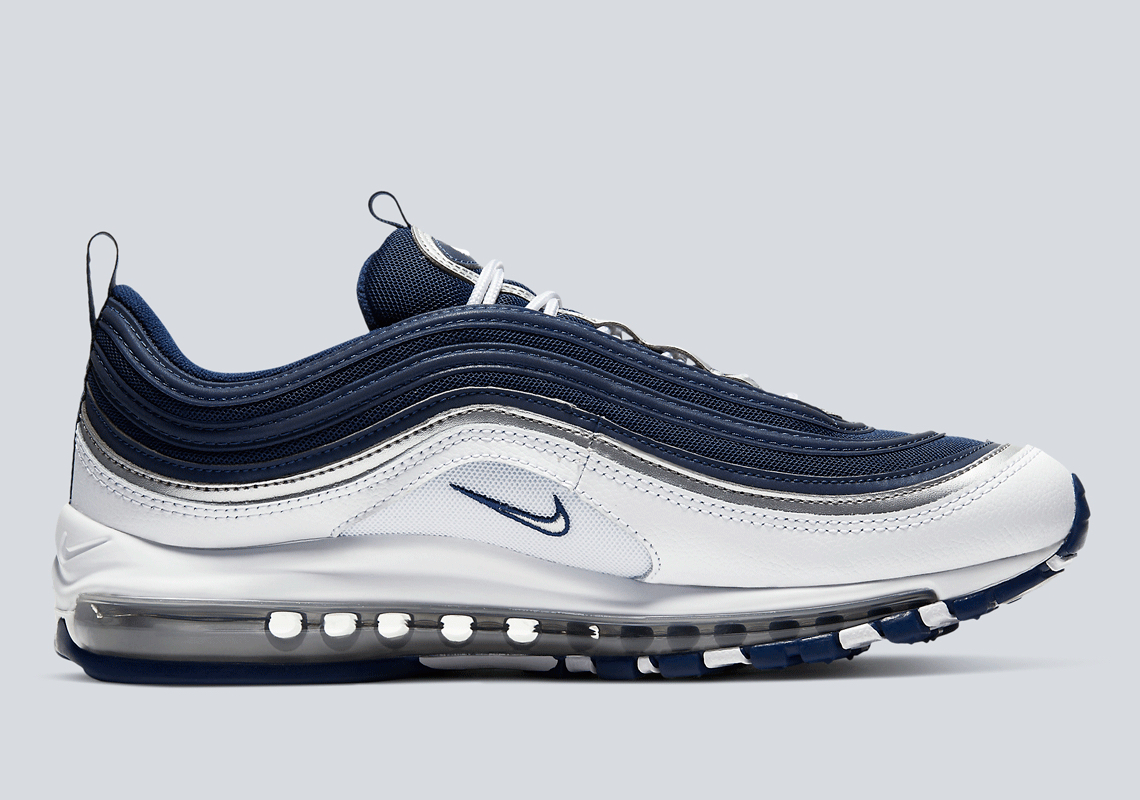 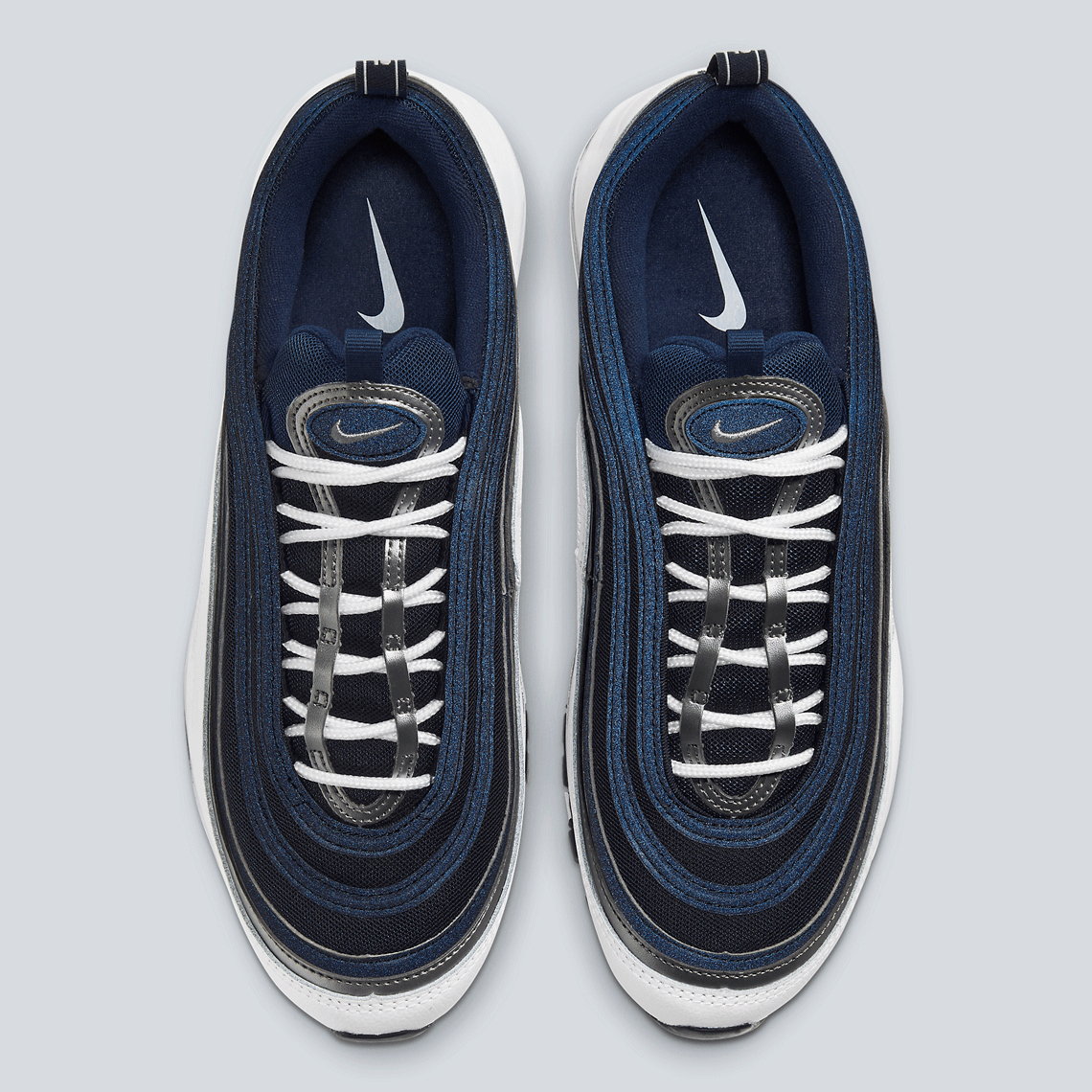 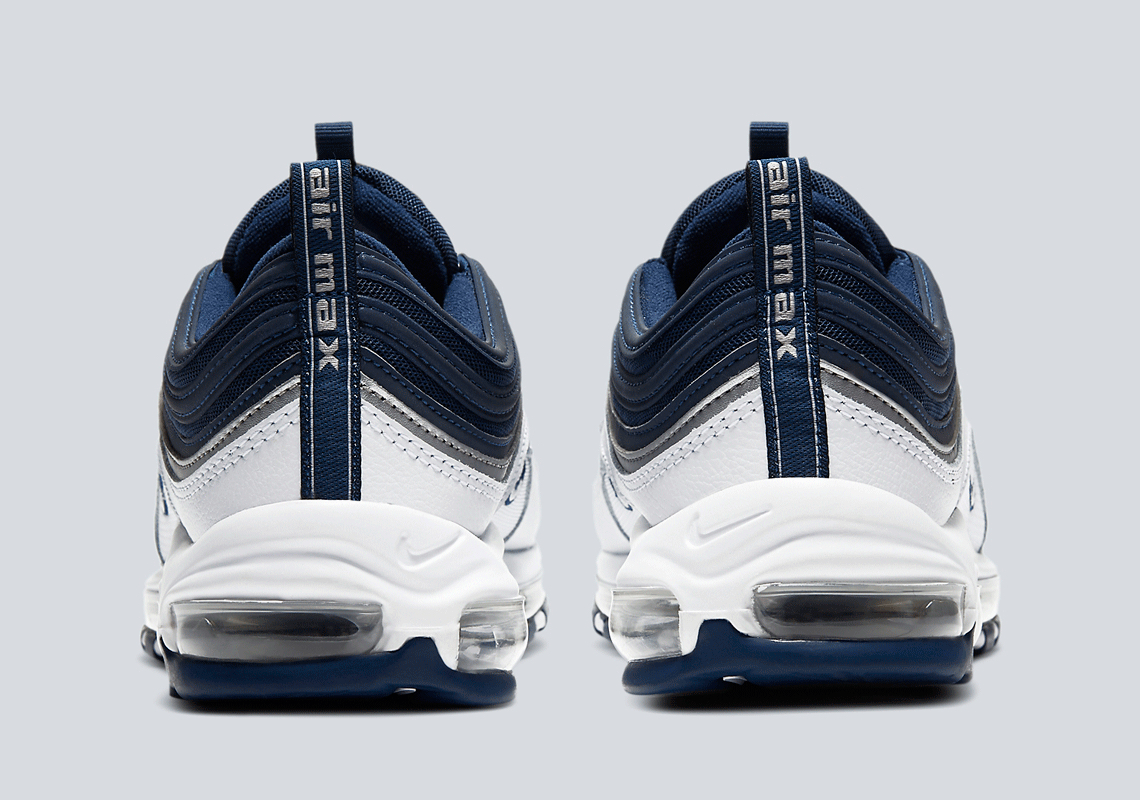 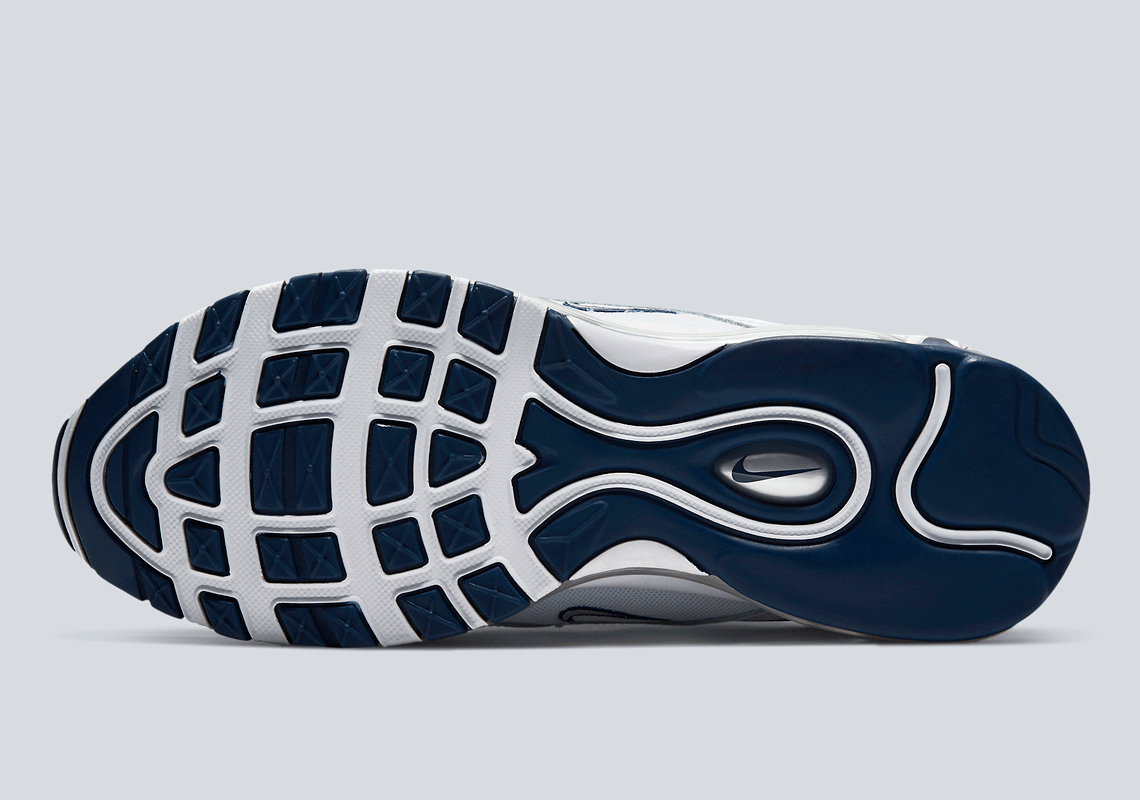 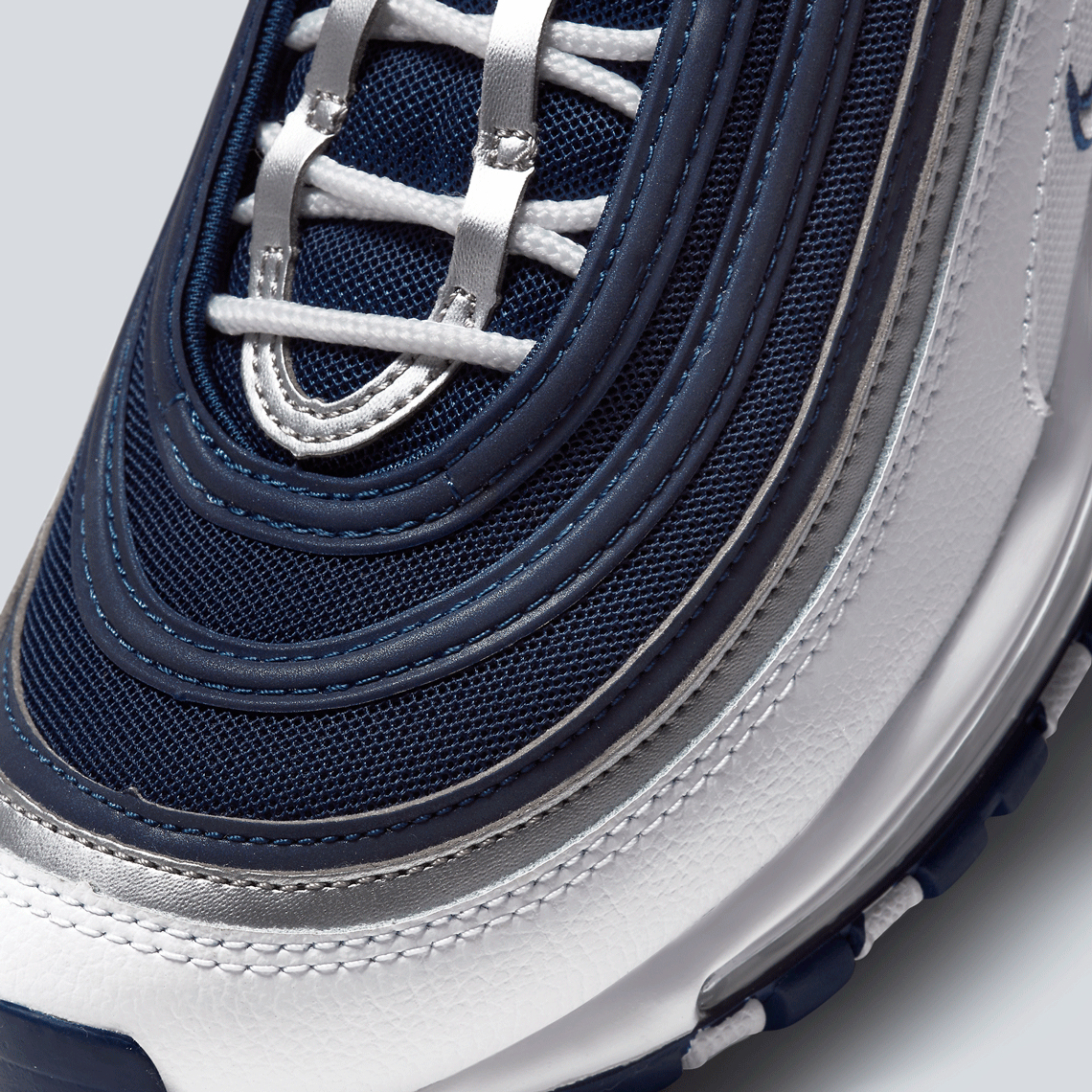 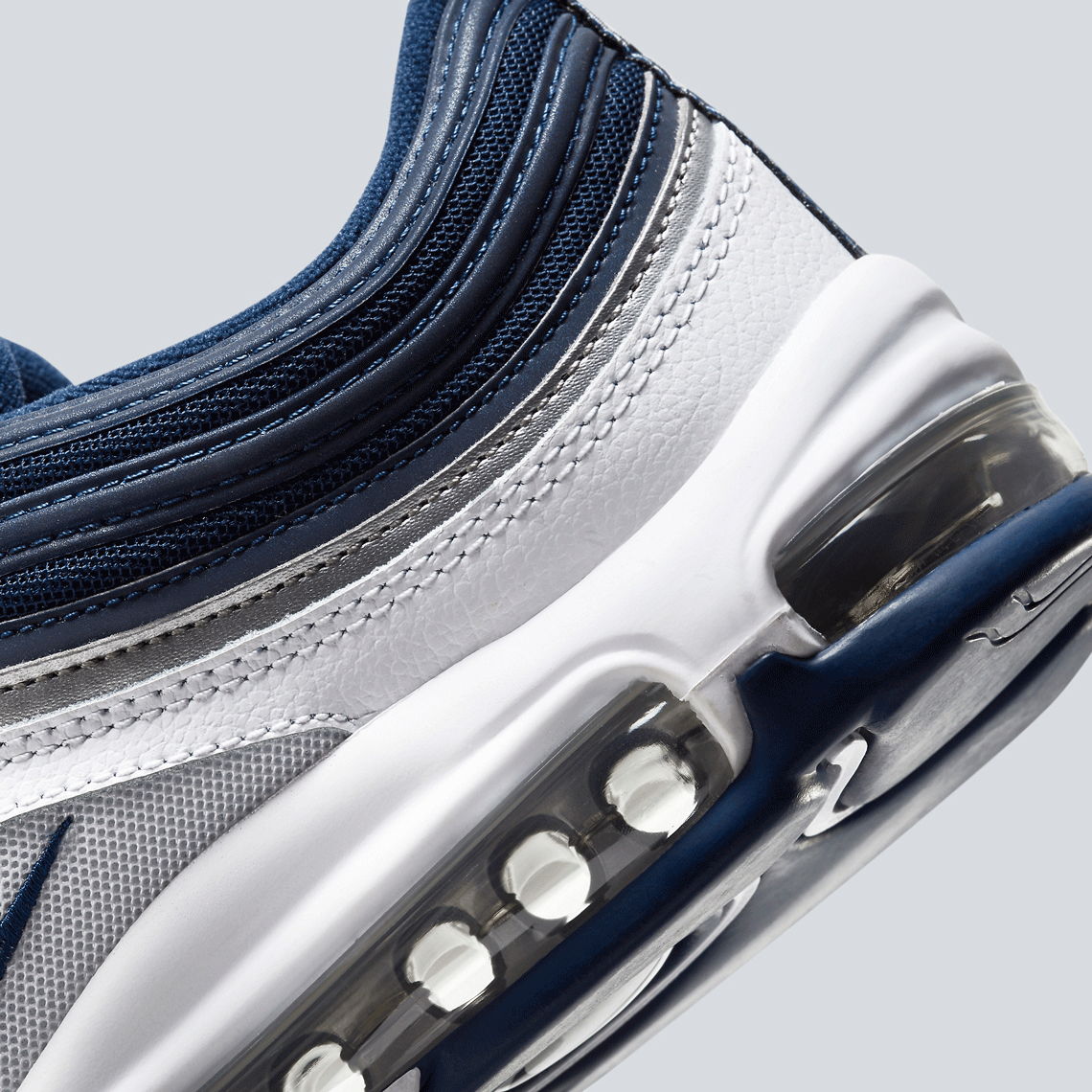