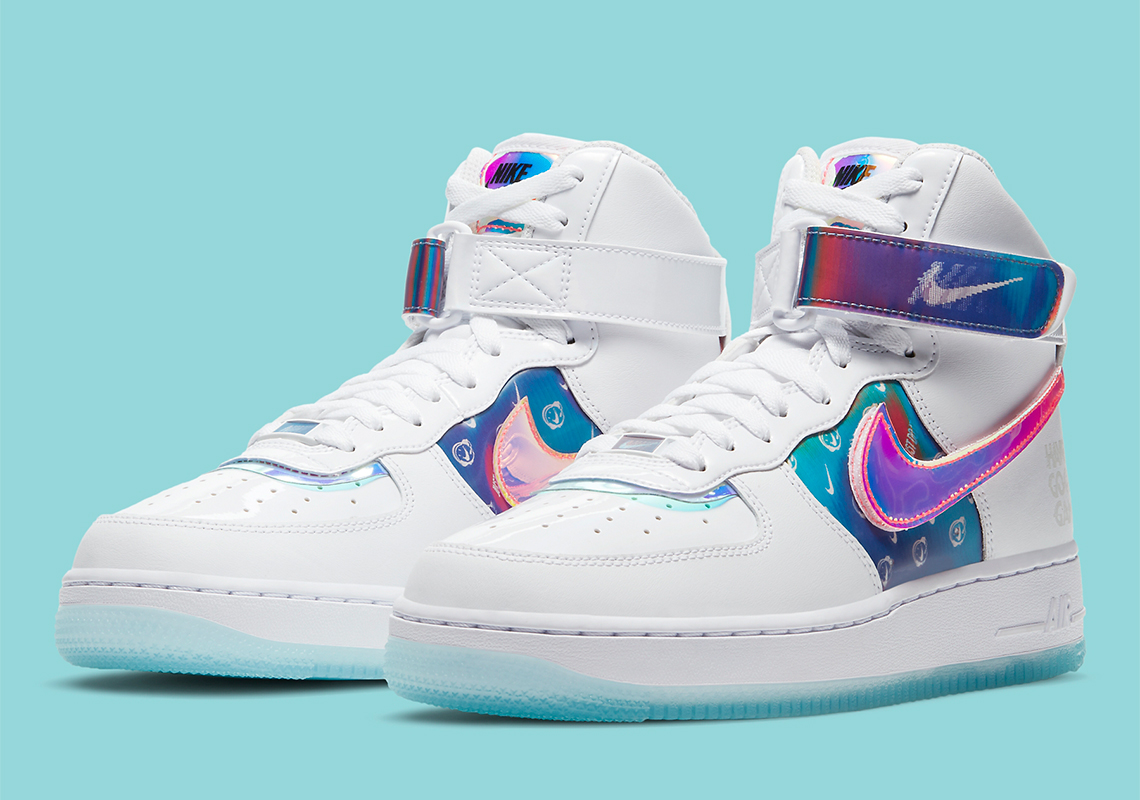 Recently, the Beaverton sportswear giants of Jordan Brand and Nike have confirmed their initiative to tap into the popular world of gaming for inspiration for some of their footwear releases. The former is soon unleashing an Air Jordan 1 collaboration with the League of Legends, and the Swoosh has been teasing several pairs of their upcoming “Have A Good Game” collection. On the Nike side, the assortment has already revealed a few colorways including the Blazer Mid, Air Max 270 React, and an Air Force 1 High, and now it’s about to welcome in another iteration to join its ranks.

Essentially an alternate version of the previously-previewed AF1 High black, this rendition is swathed with bright white uppers and midsoles, as well as icy blue treading. However, the most attention-grabbing features of the pair are the iridescent accents that shimmer through various territories such as the ankle straps, quarter panels, lower throat overlays, and Swooshes which happen to be removable. Packaged with these sneakers are velcro patches such as this 8-bit heart that hosts the Nike logo pictured below. Peep a closer look here ahead, and find these dropping on Nike.com within the coming weeks.

For other sneaker news, the Air Jordan 35 has been revealed. 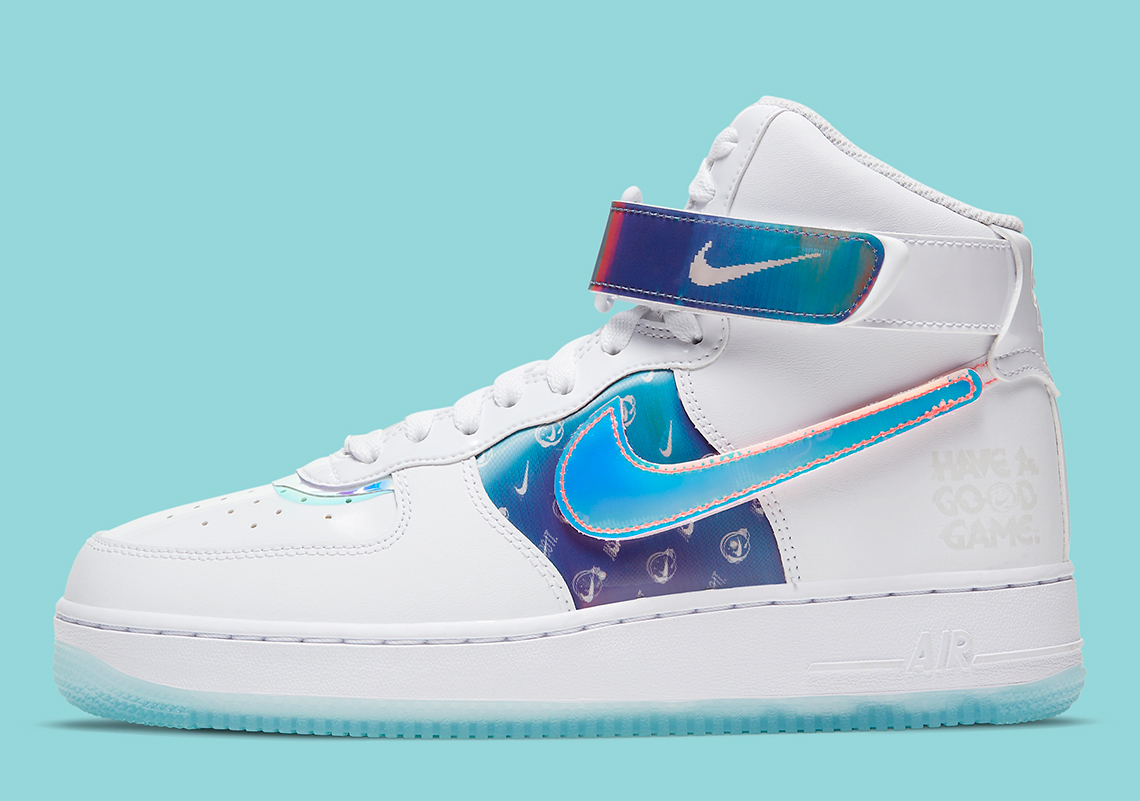 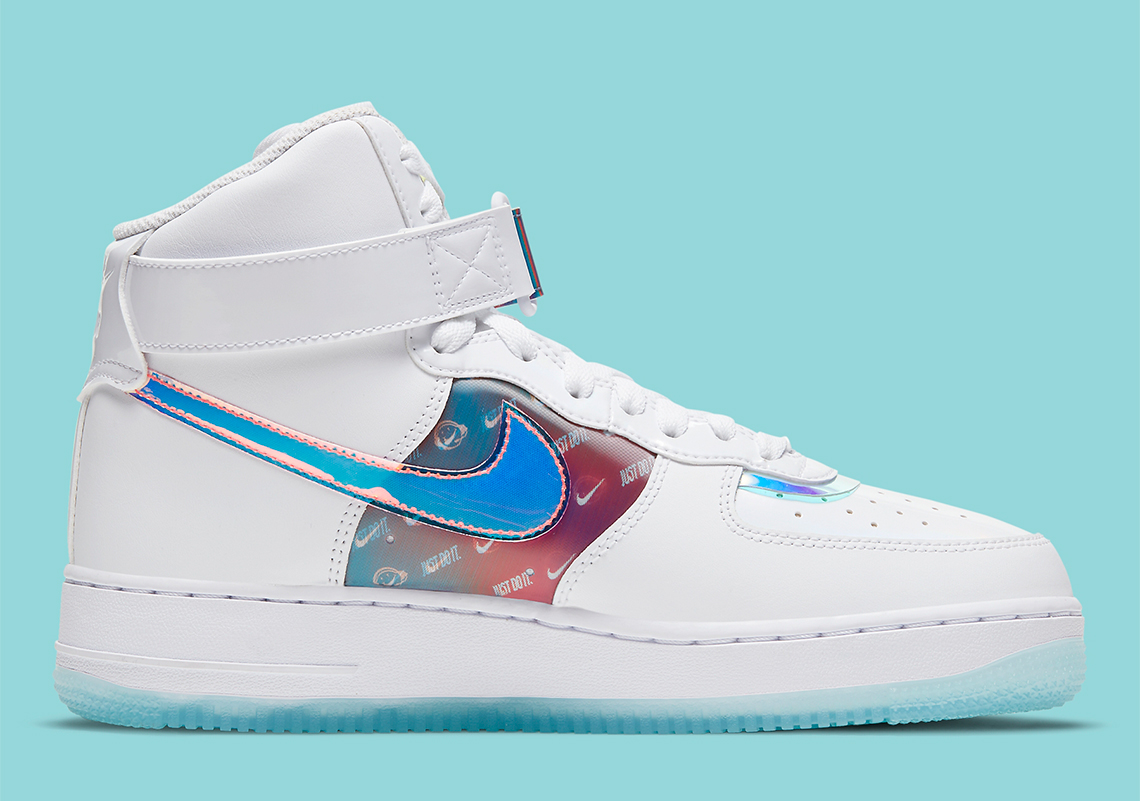 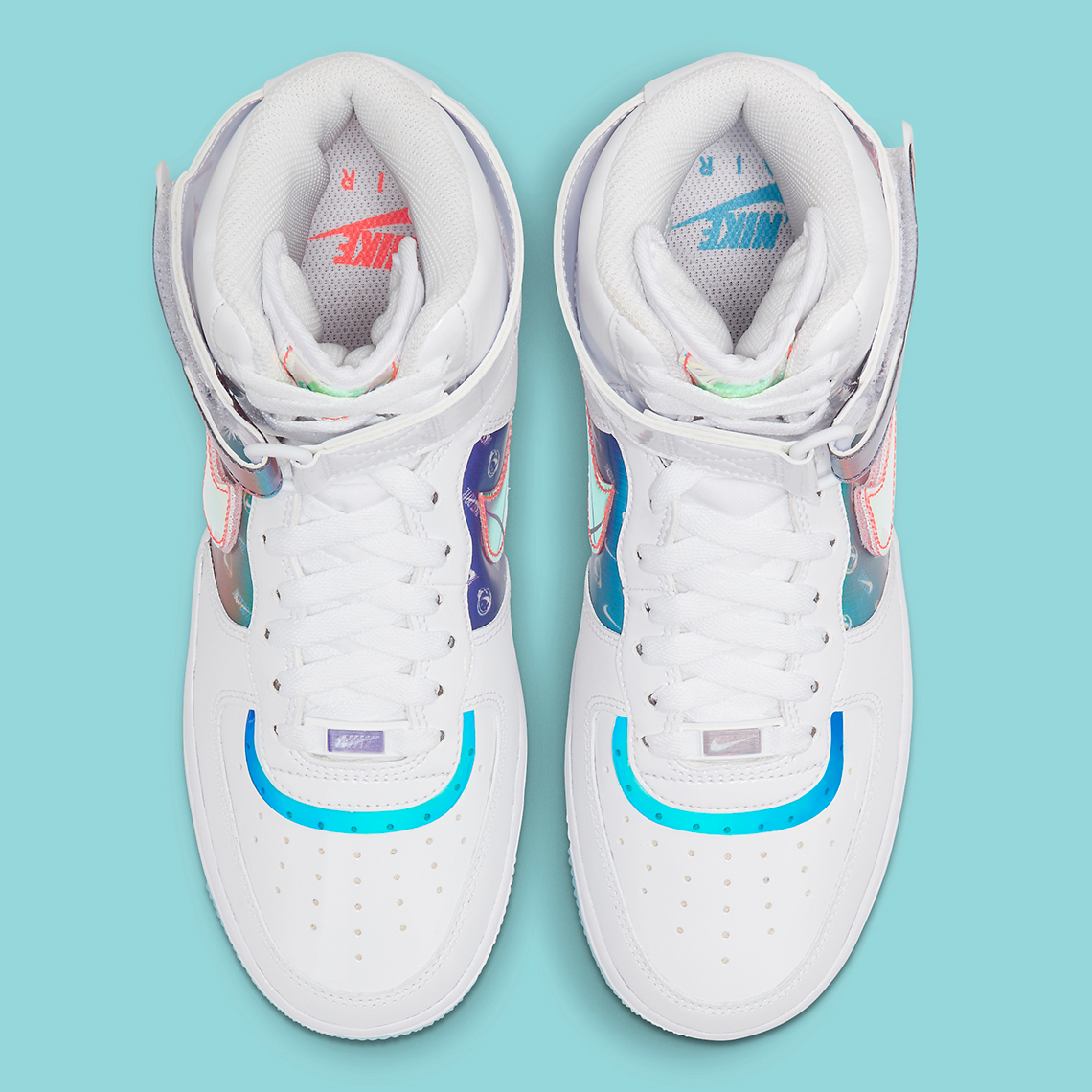 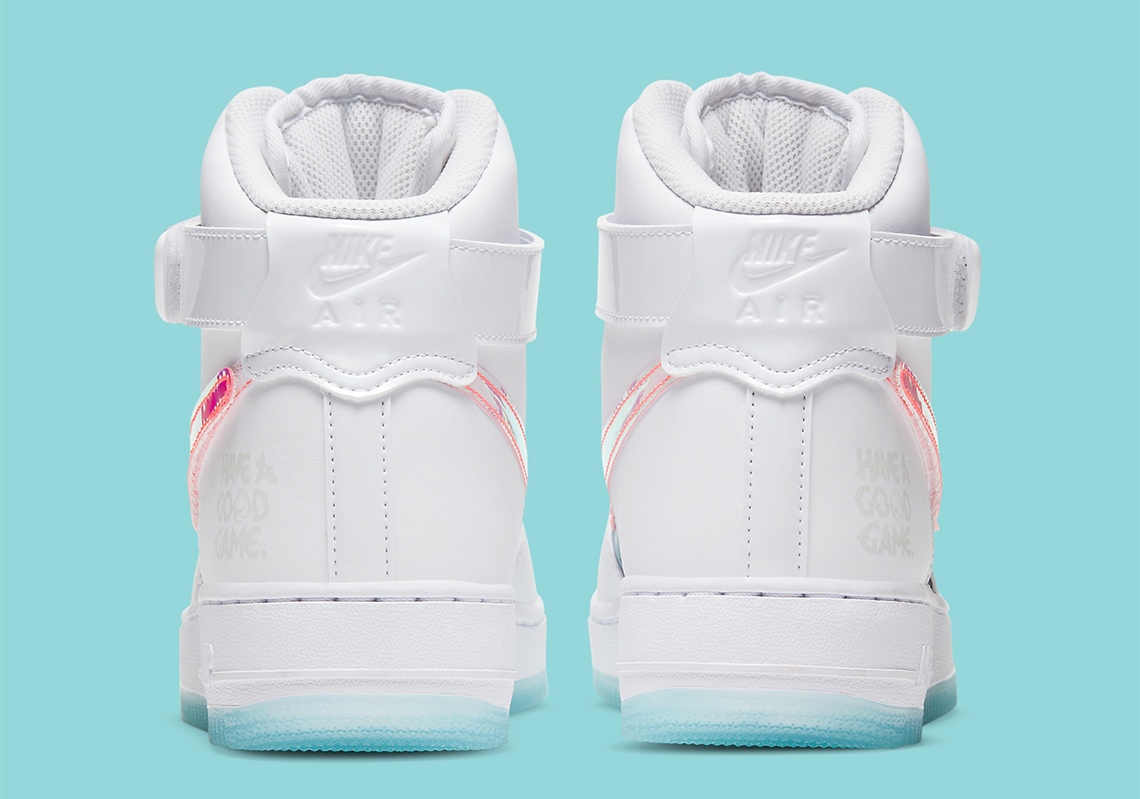 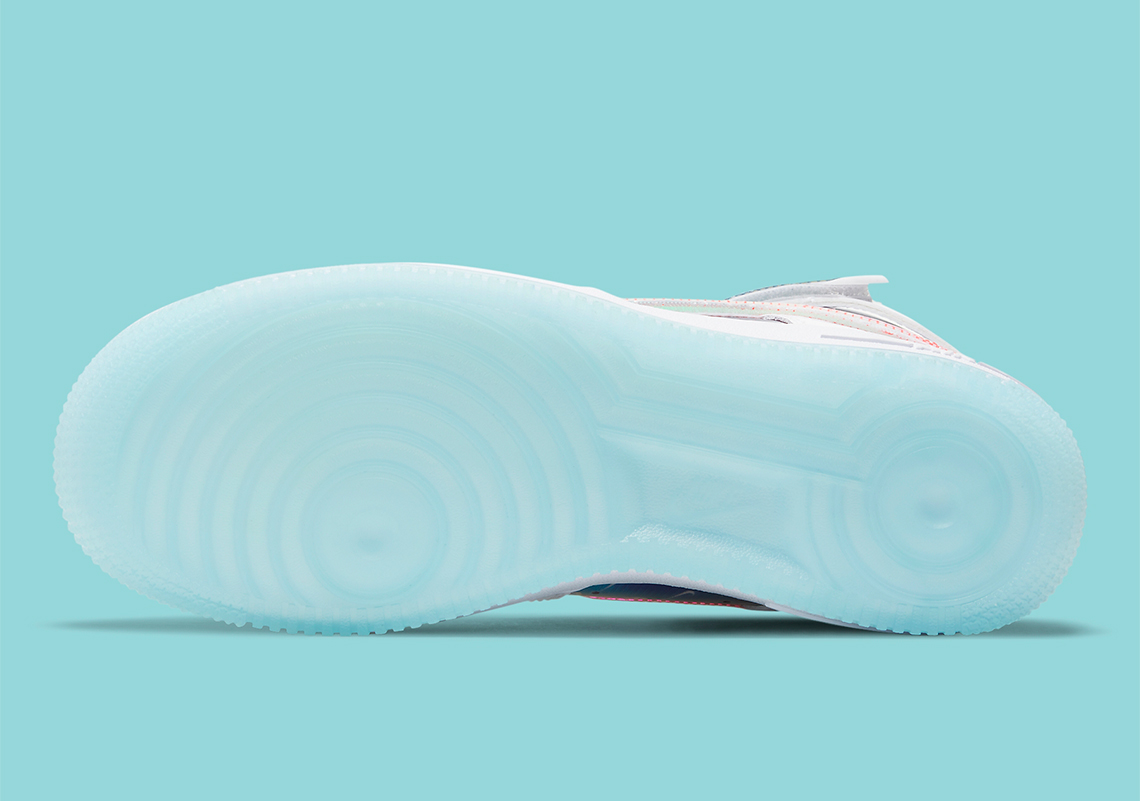 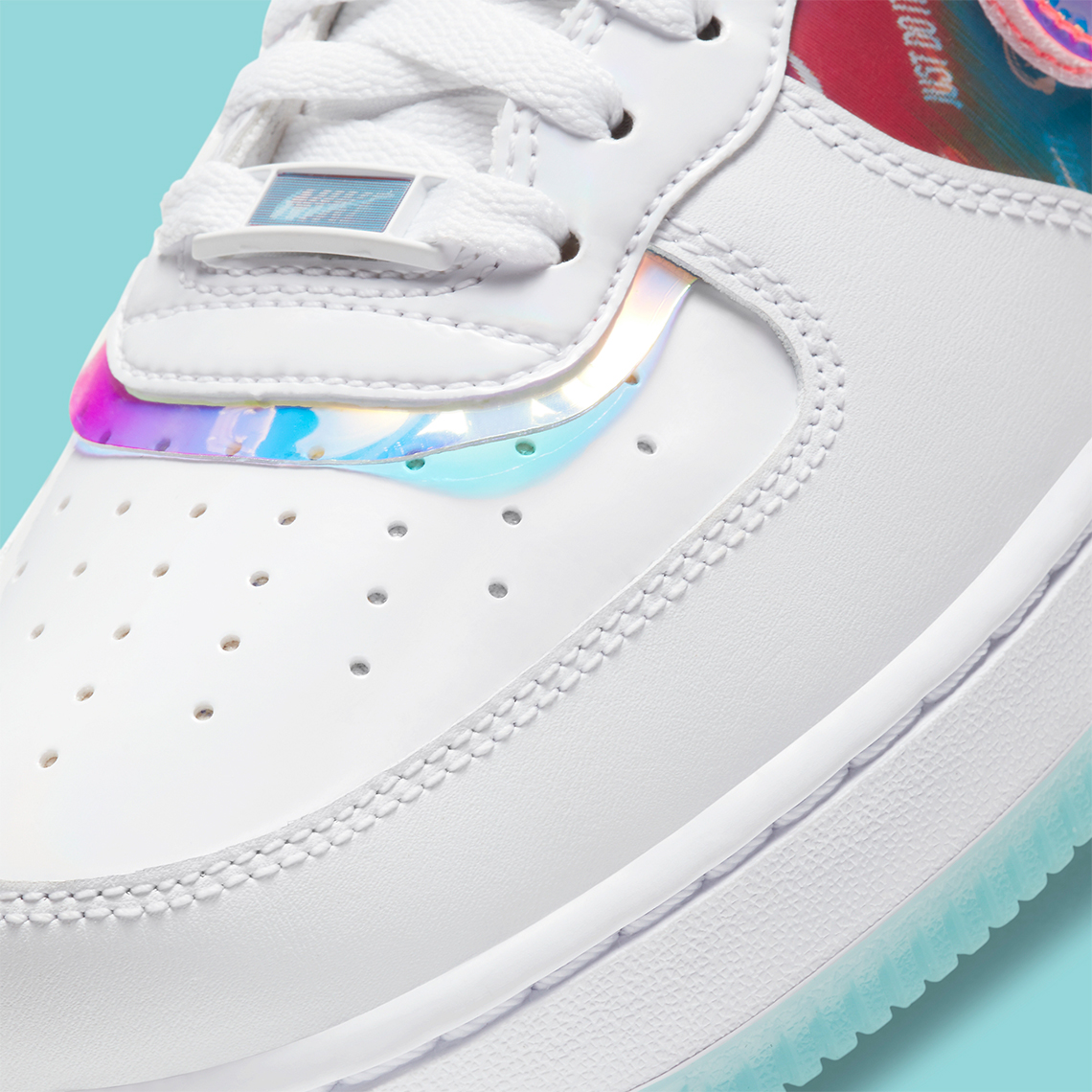 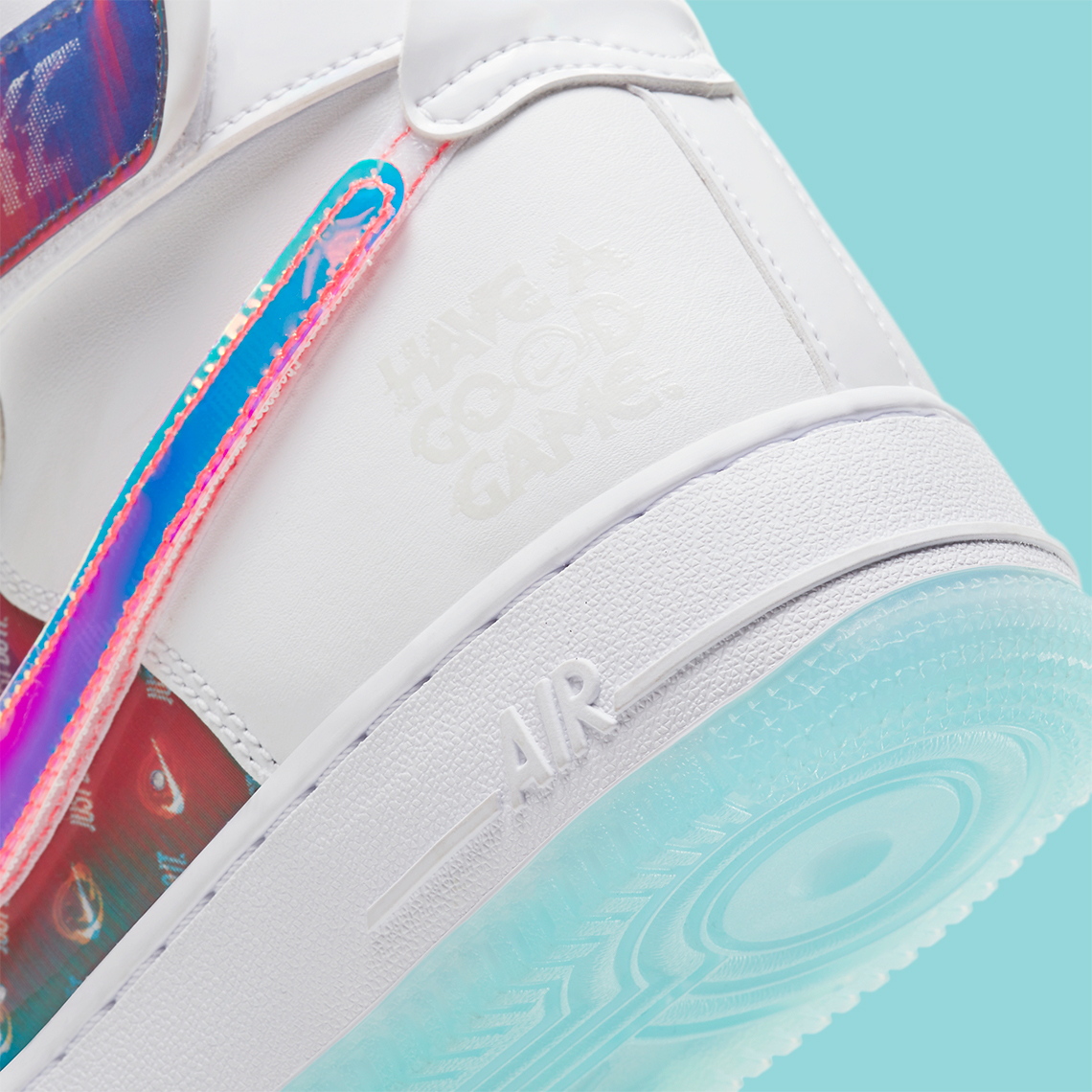 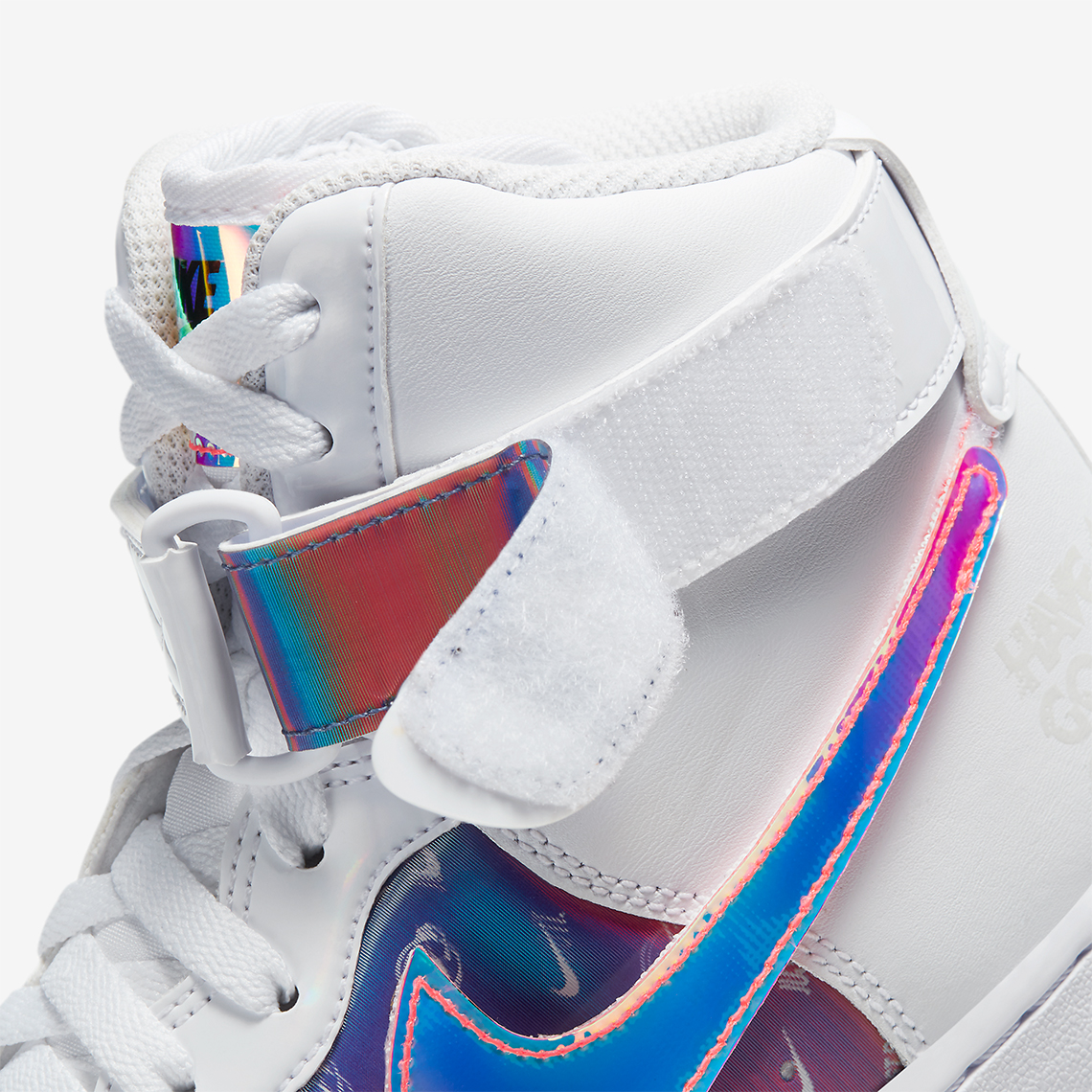 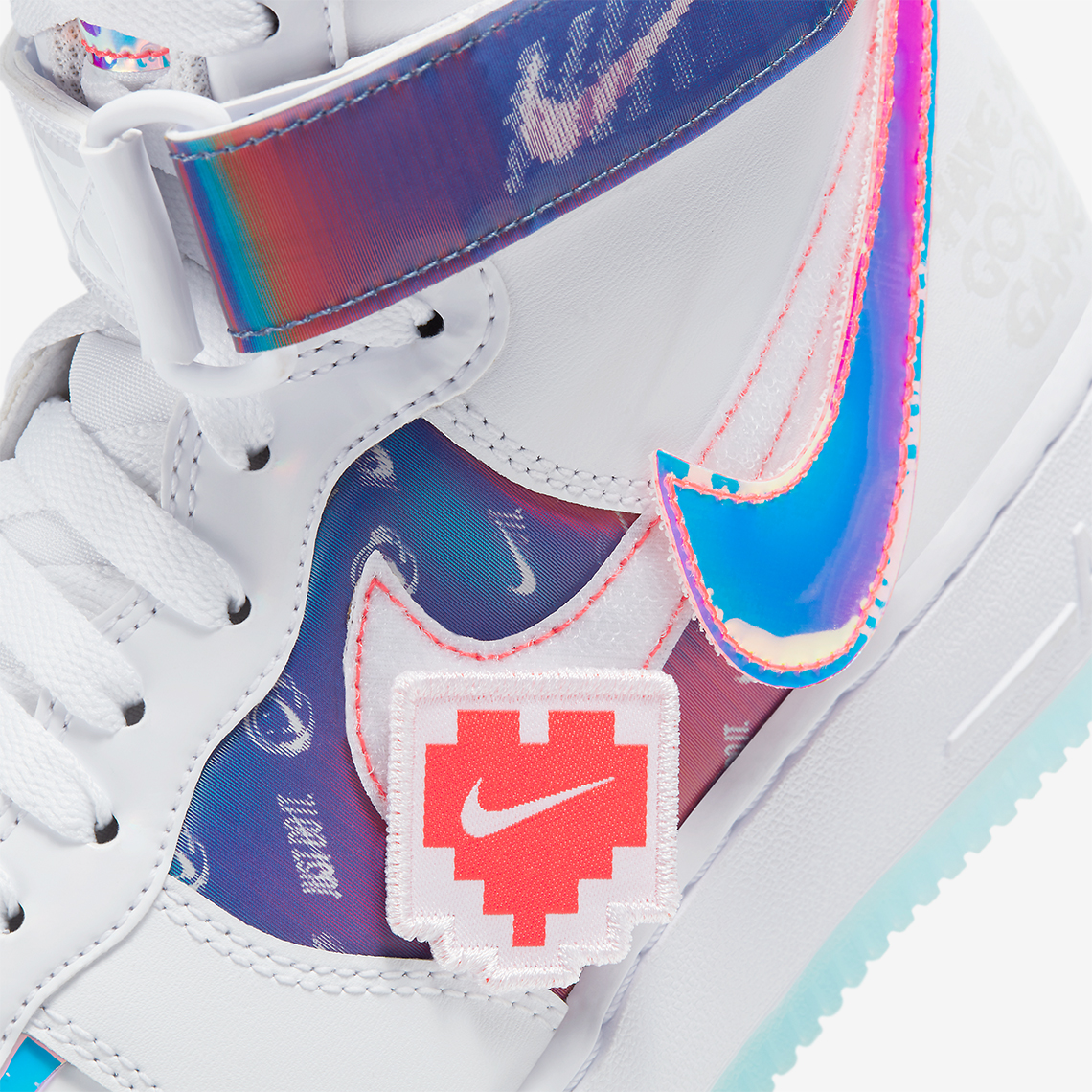