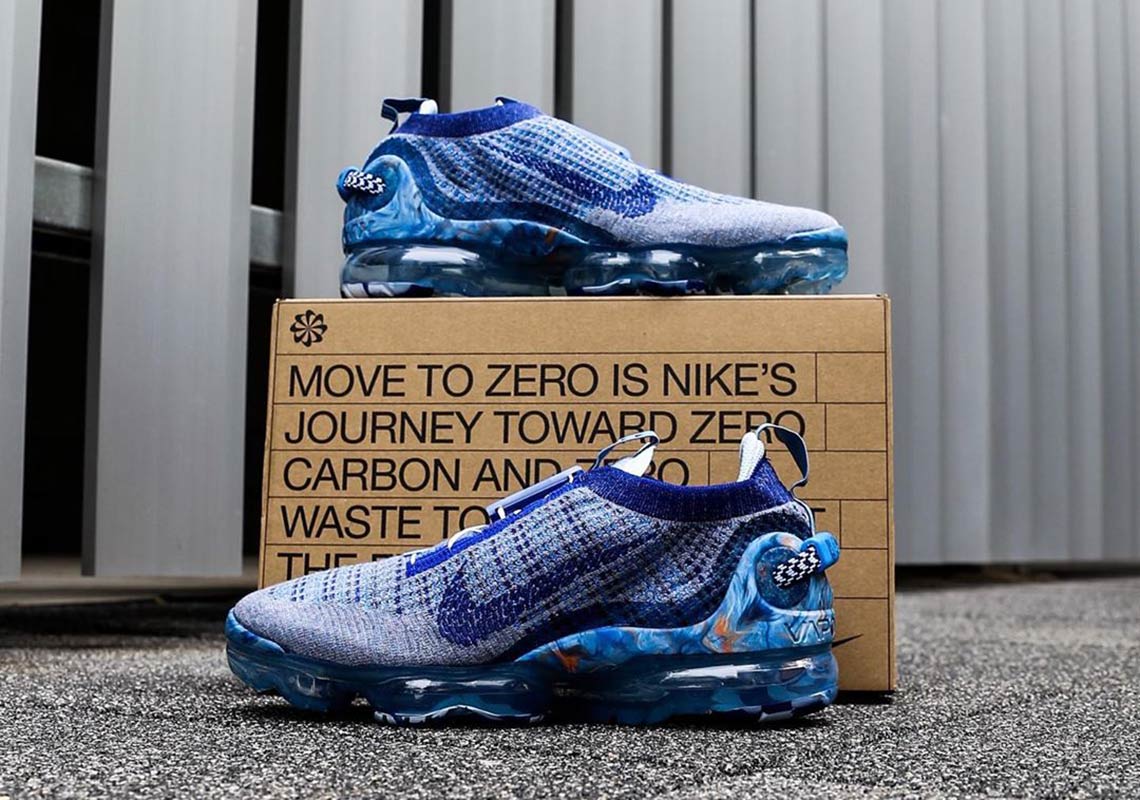 Every day, Nike makes large strides in their Move to Zero journey, an initiative that effectively acts as a means of achieving one goal: “Help protect the future of sport.” And in the time since its announcement, the project has helped deliver not only the standout-filled pack of Space Hippie silhouettes but also the next evolution of the Vapormax model which brought with it recycled construction, FlyEase, and this striking Triple Blue colorway.

Unlike the hues of those previous, the pair takes an arrangement typically reserved for neutrals and applies atop cool tones of various shades. The Flyknit itself, which bears subtle imperfections in color thanks to its renewed make, mixes navy into a grey base in a fashion near gingham-like in pattern; Swooshes, the elastic collar, and the edge of the lace unit match the darker of the two as well as a few of the logos that dress the heel. Elsewhere, the TPU counter and tread take on a multicolor marble pattern and two-toned finish, respectively, furthering the visually evident sustainability alongside the tongue’s own patchworked mosaic.

Grab a close-up look at the Vapormax 2020‘s latest appearance here and expect a release to arrive October 1st at select retailers and hopefully Nike.com.

In other news, official images of the Air Jordan 4 PSG were revealed. 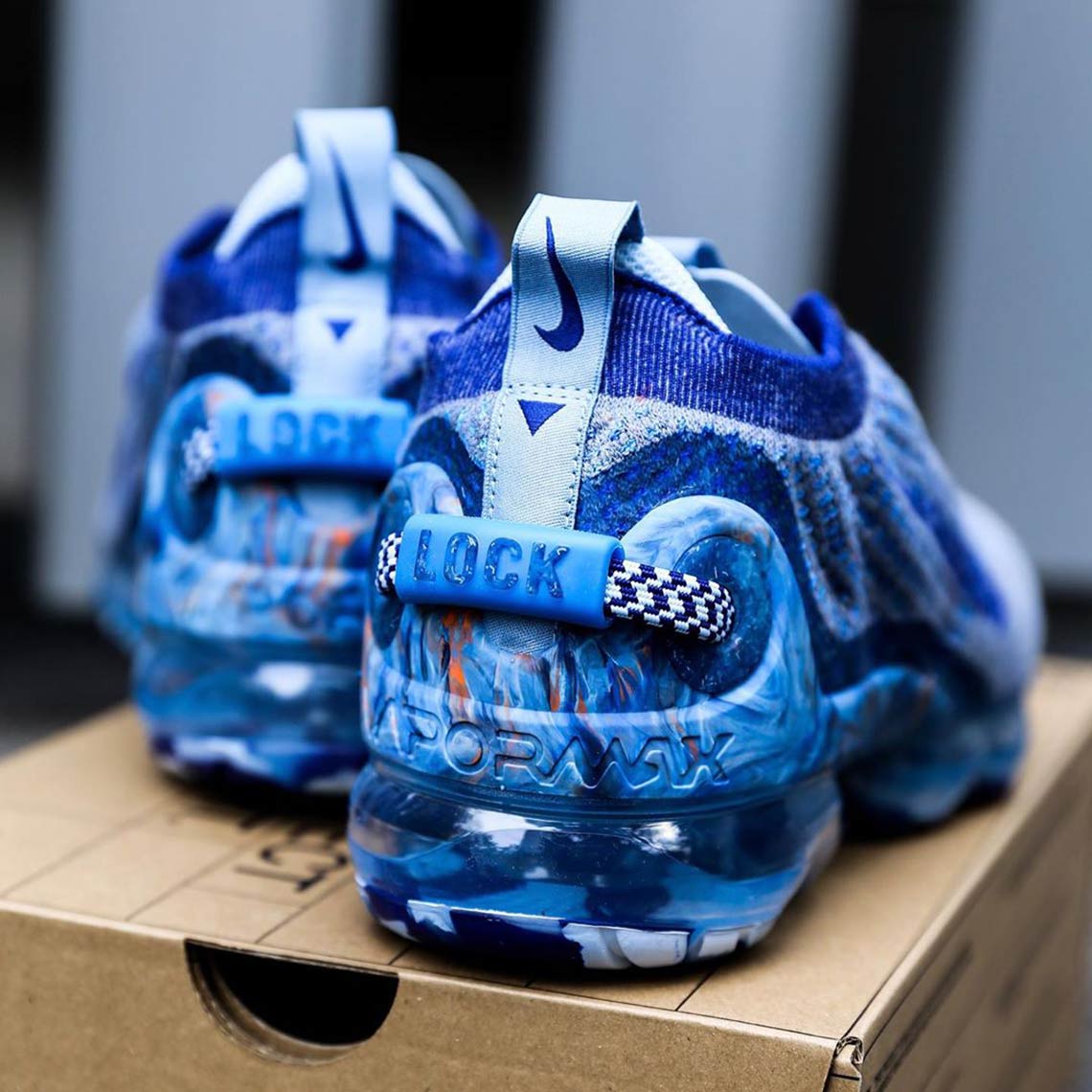 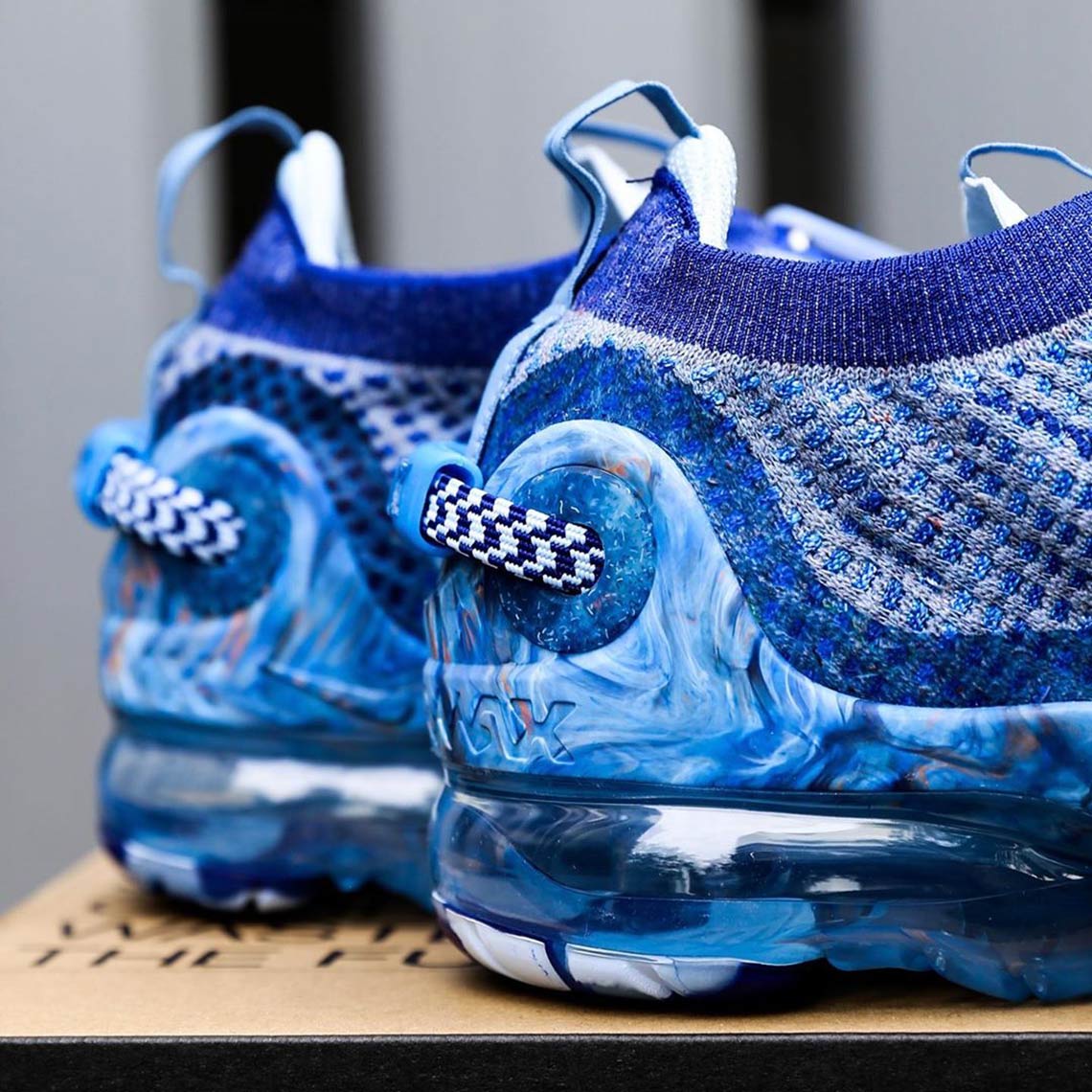 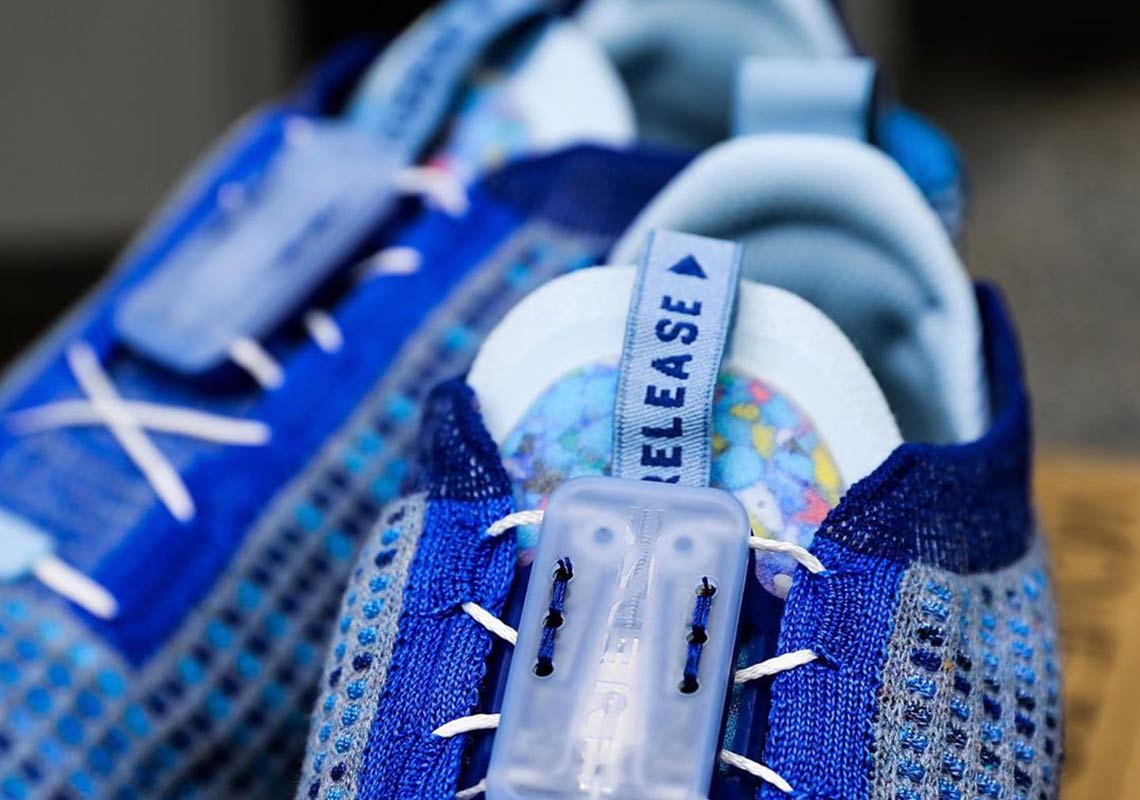 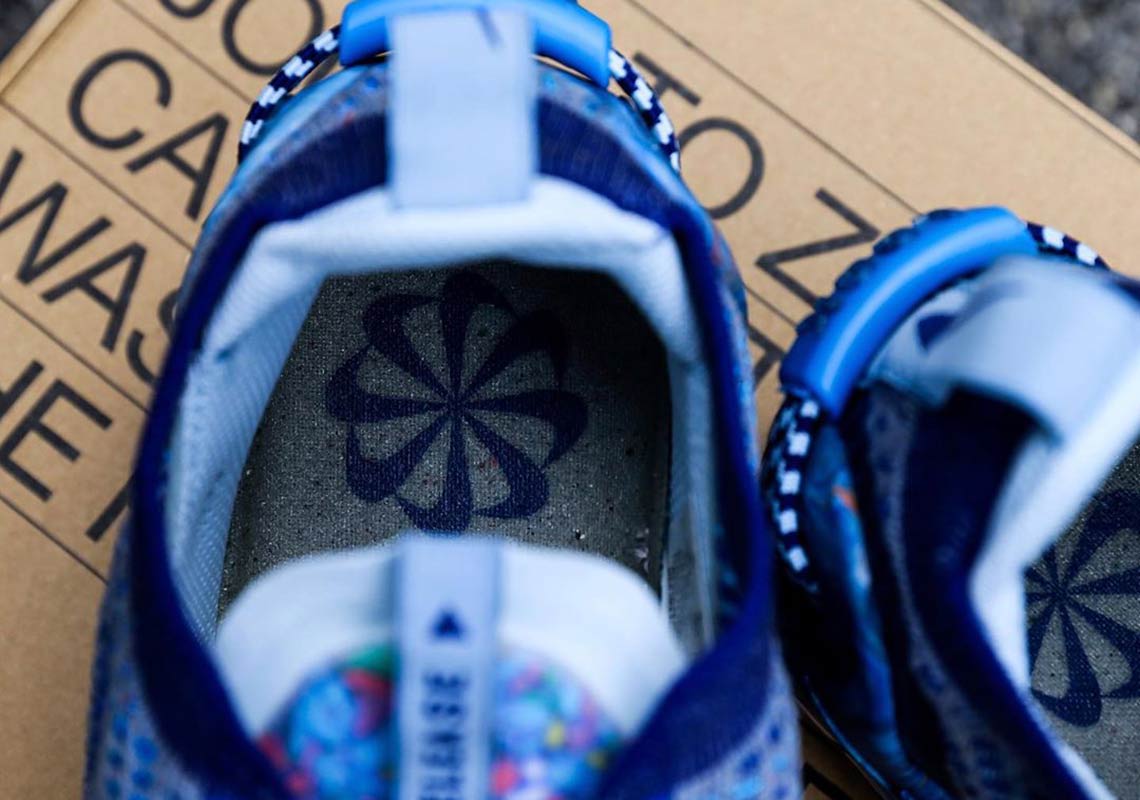 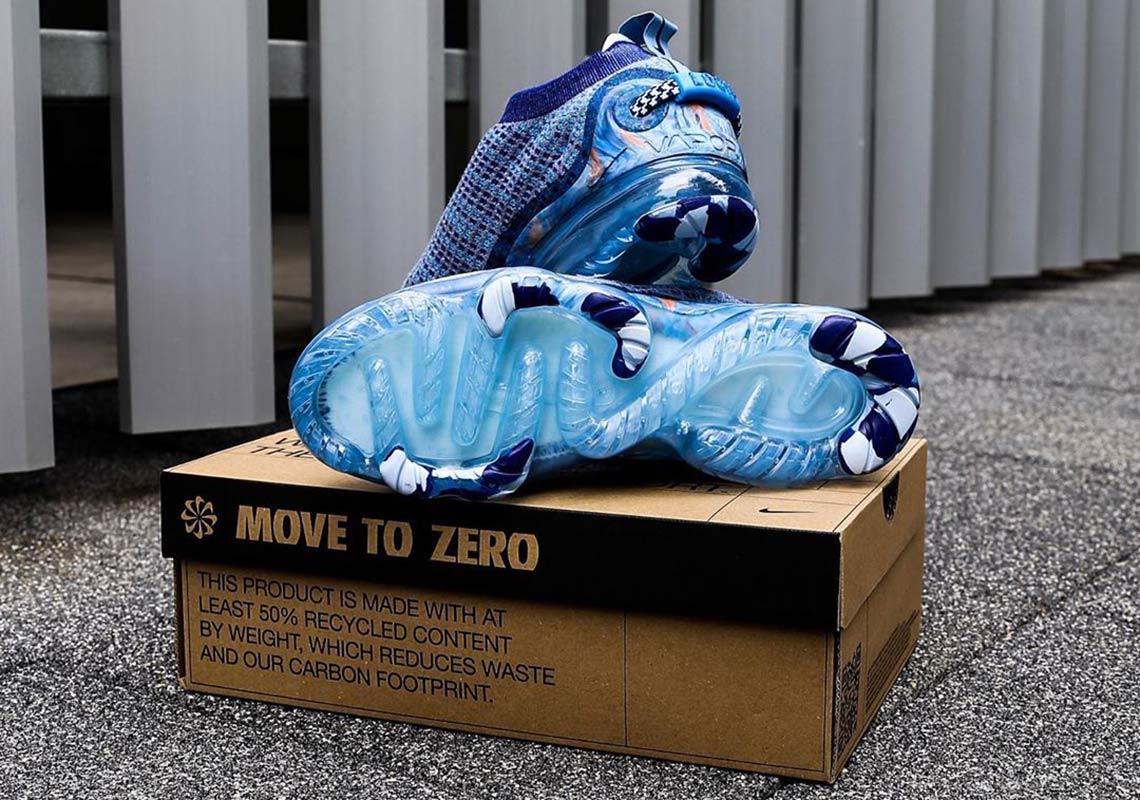