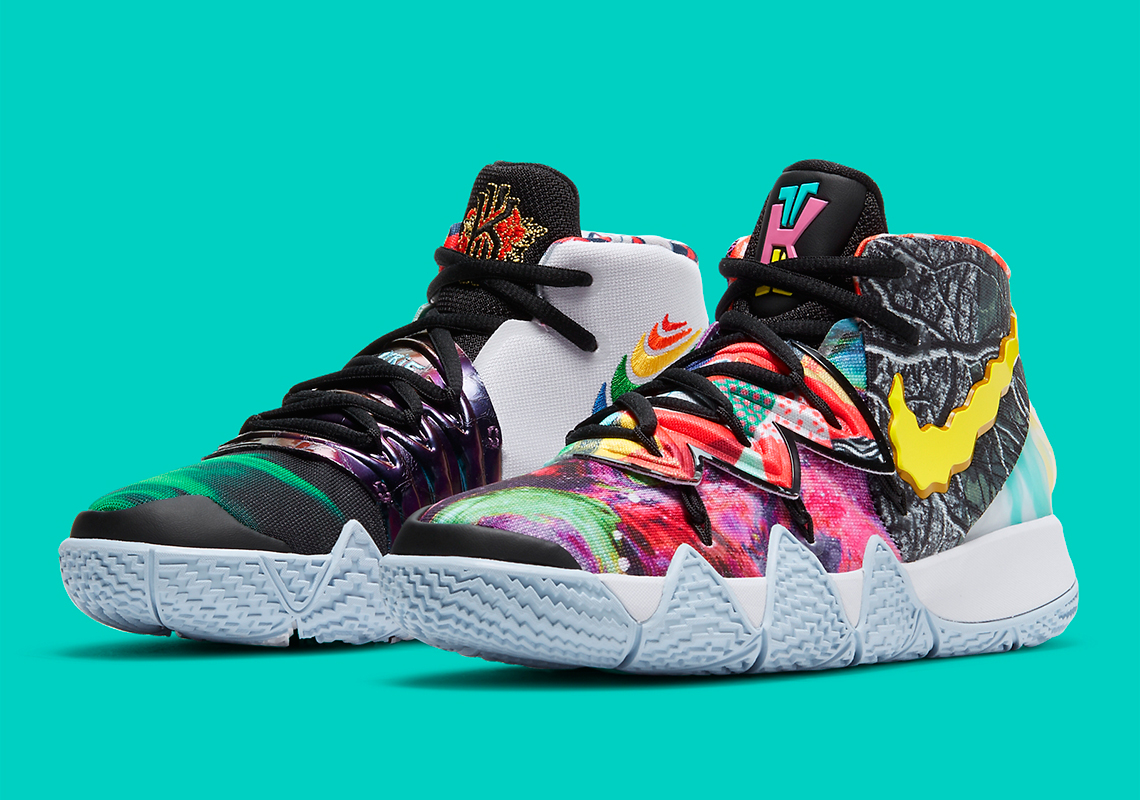 For obsessive Uncle Drew fans who can’t wait for the Nike Kyrie 7 to debut before adding to their collections, the Brooklyn point guard is proffering up a slew of colorways of his other silhouettes this Fall, more specifically the Kybrid S2. While the court-ready model has already been formatted into a handful of “What The” inspired colorways, it’s now confirming of another entry to be released soon.

This particular version calls out previously-dropped collaborations such as the SpongeBob projects spotted through the Bikini Bottom-inspired fonts atop the left foot’s tongue/heels, pineapple house graphics, as well as the yellow Swooshes, in addition to the woodland camouflage from collab with Taco. Furthermore, you’ll also spot several Kyrie 4 shoutouts via the “Confetti” script text on the left foot, rainbow stacked Nike checks on the right side to translate the “Be True” offerings, and the plaid sock liners from the yellow Concepts iteration. On top of all of that, “Paranorman” flames land on the right forefoot — a fitting touch considering Halloween is just around the corner — which are balanced out on the opposite shoe with milky way graphics from the Kyrie 5 “Galaxy”. Scroll down to find more images of the kid-sized options here below, and expect these to drop in full family sizes on Nike.com in the coming weeks.

For other footwear news, the adidas Yeezy 350 Natural is set for a 10/24 release. 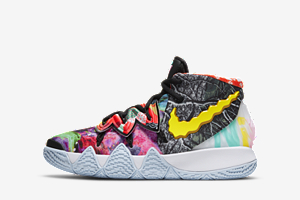 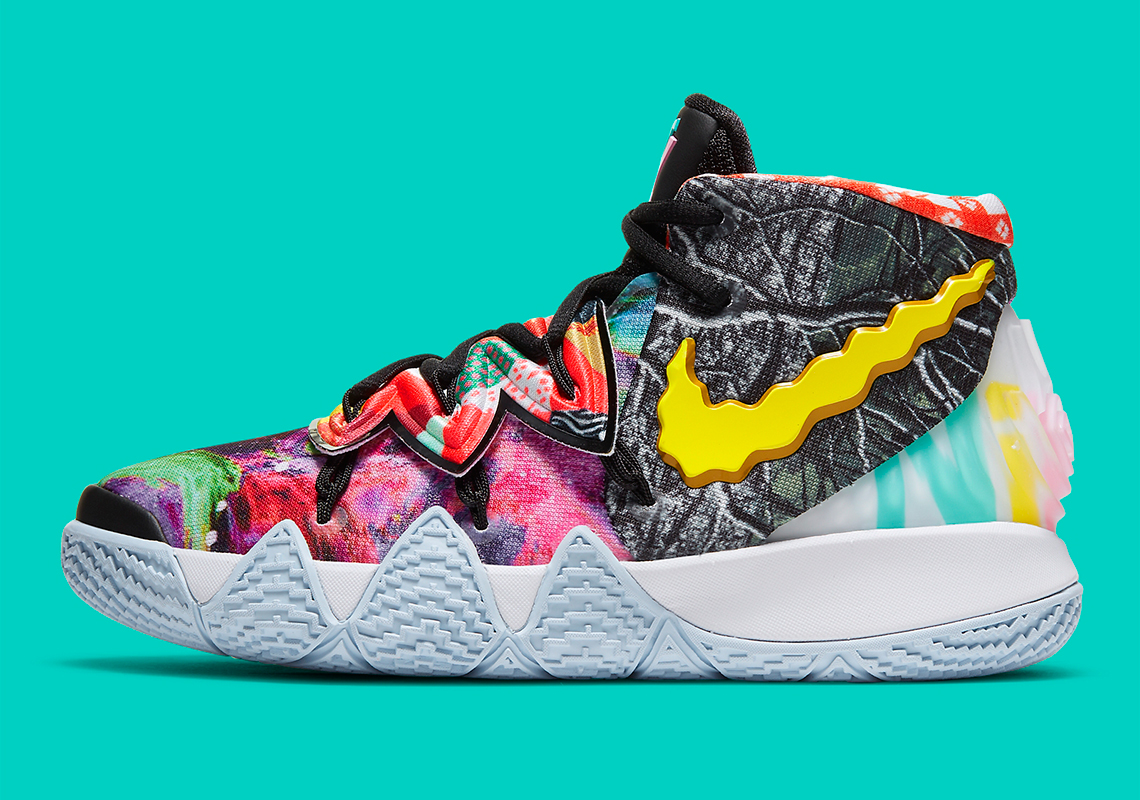 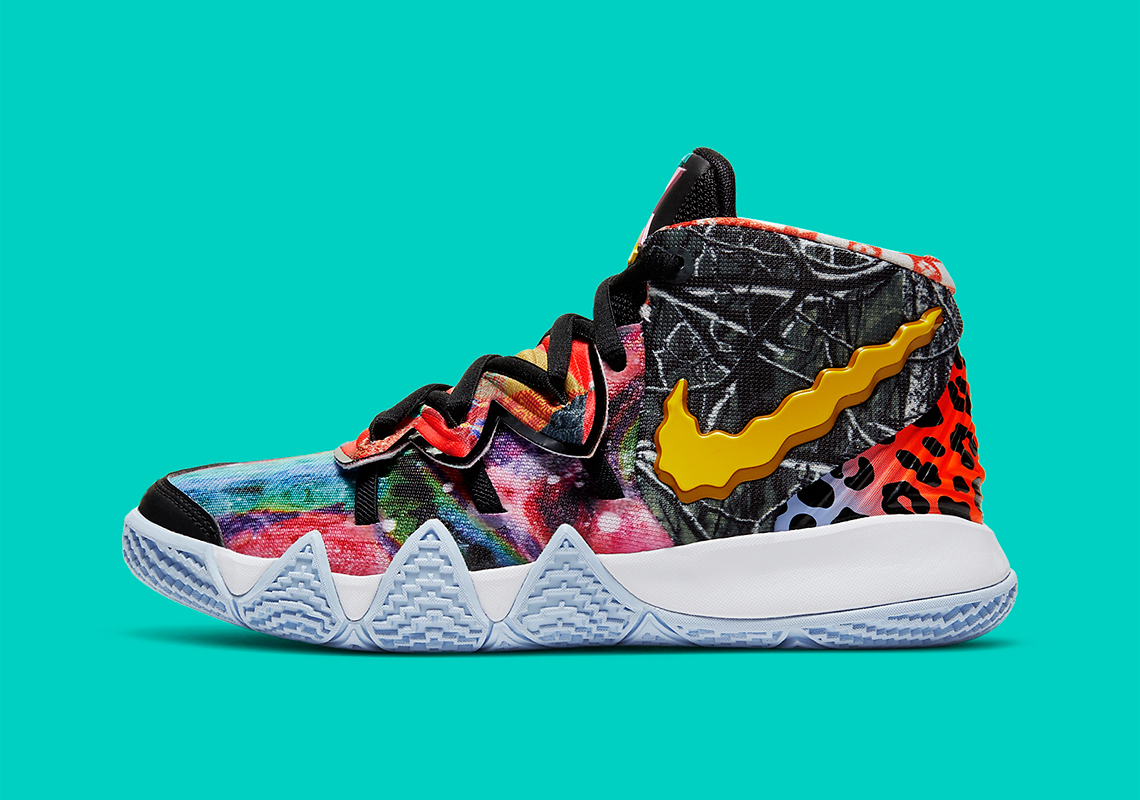 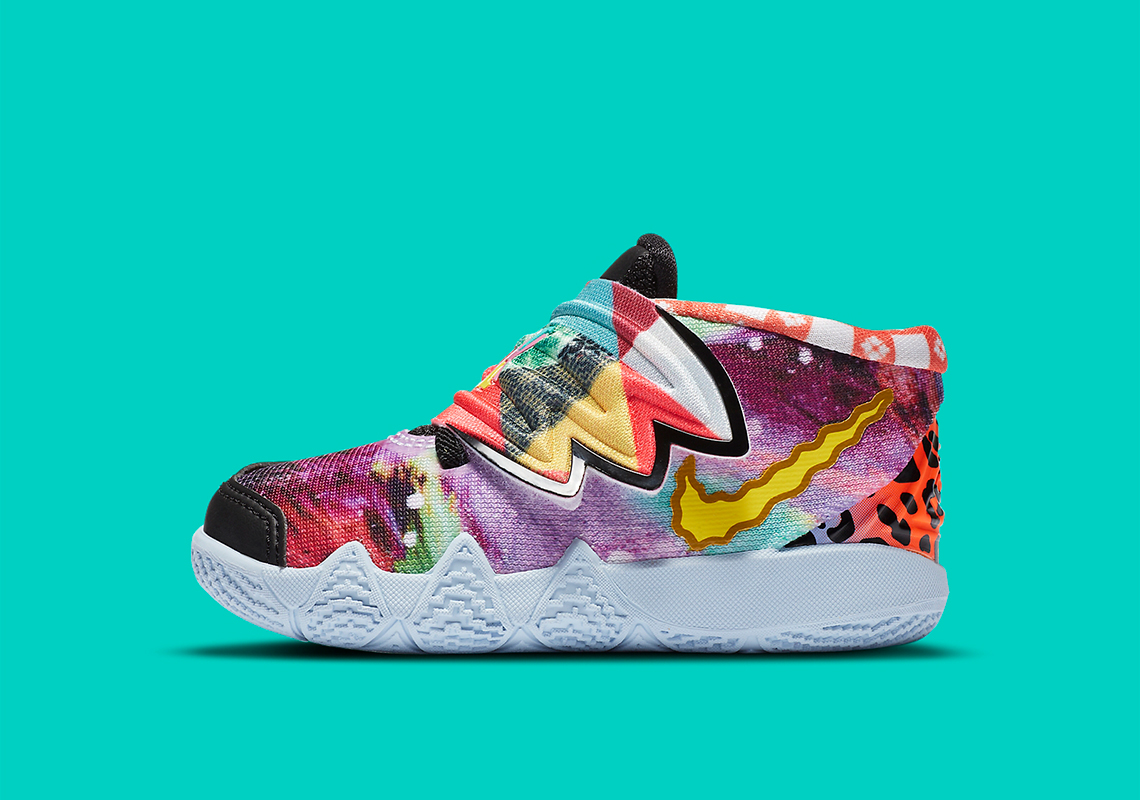 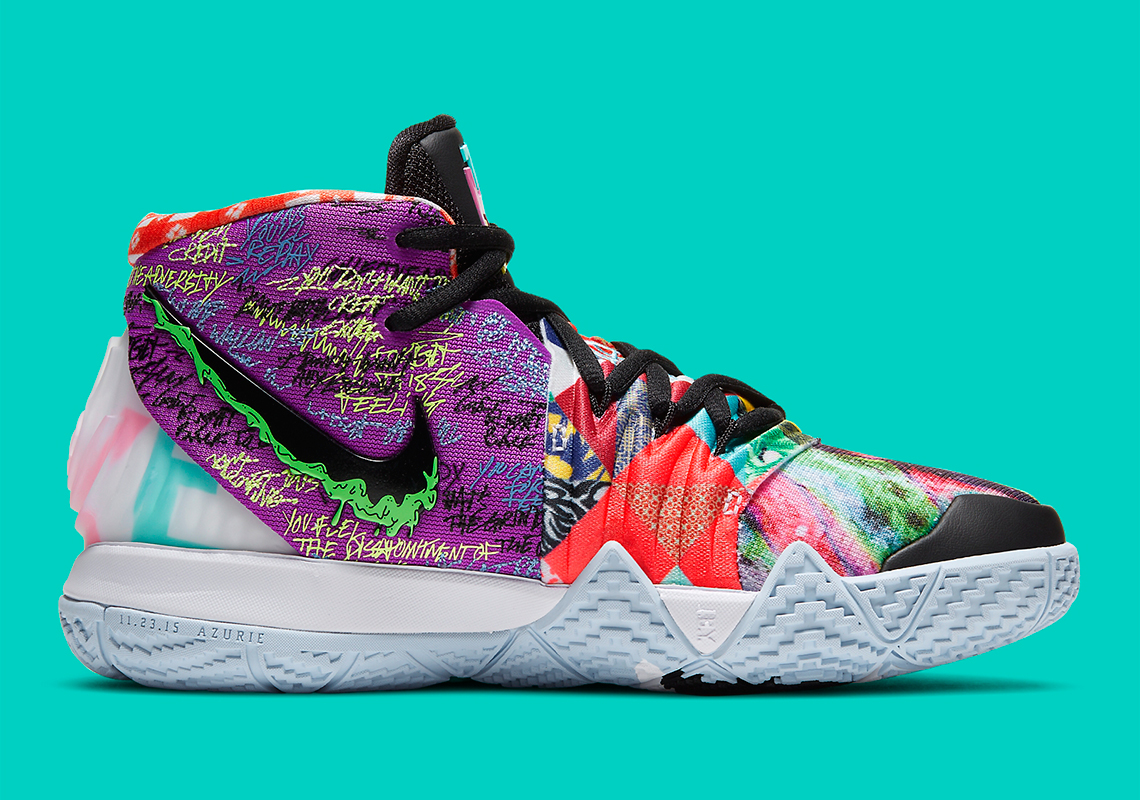 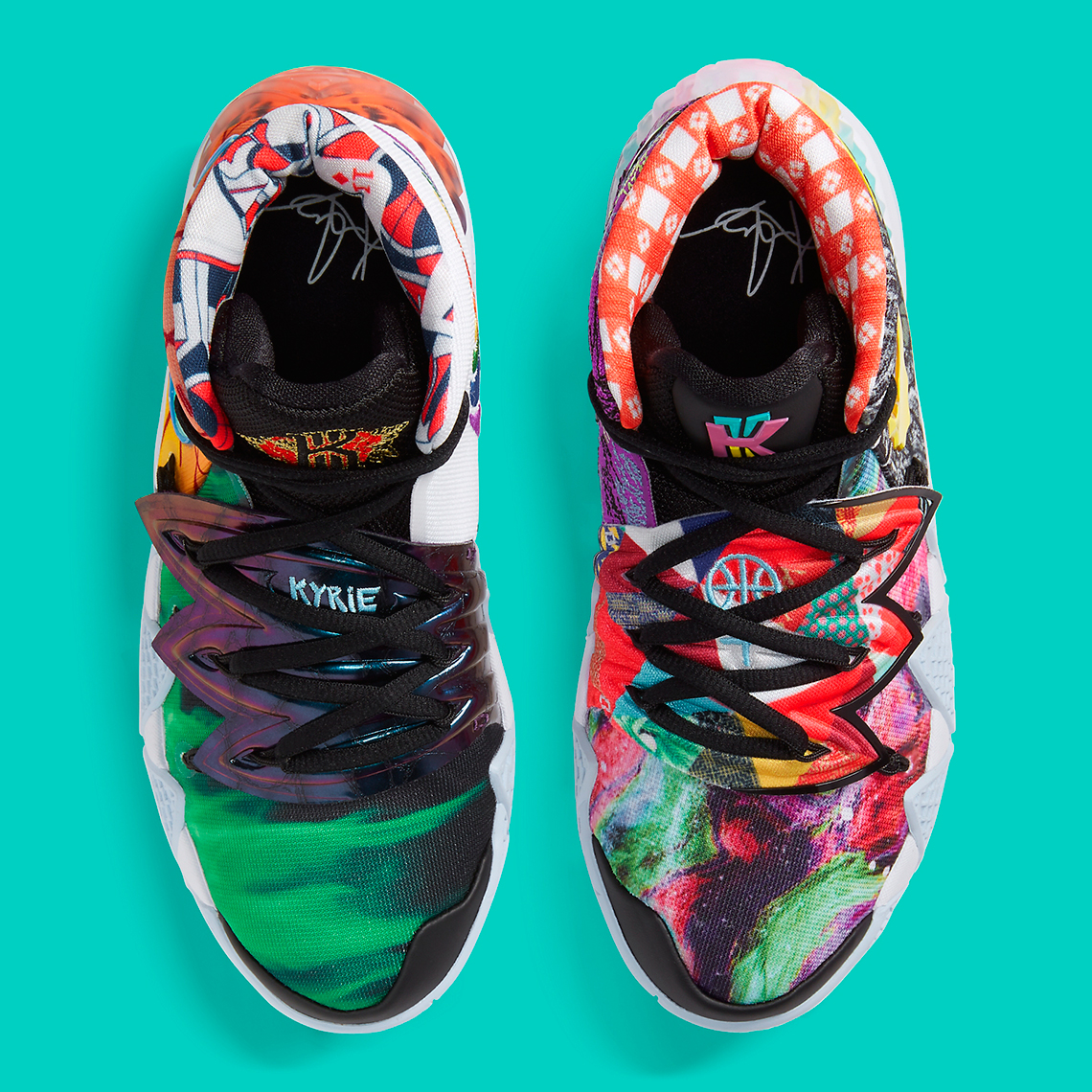 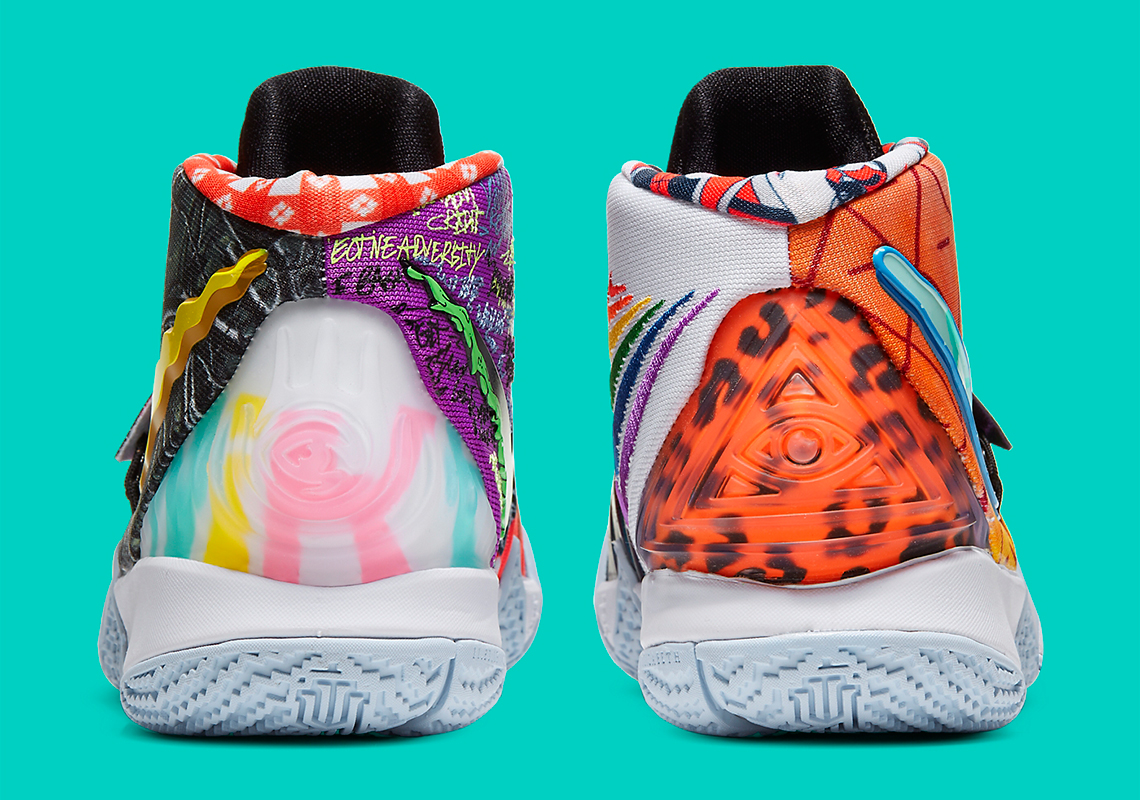 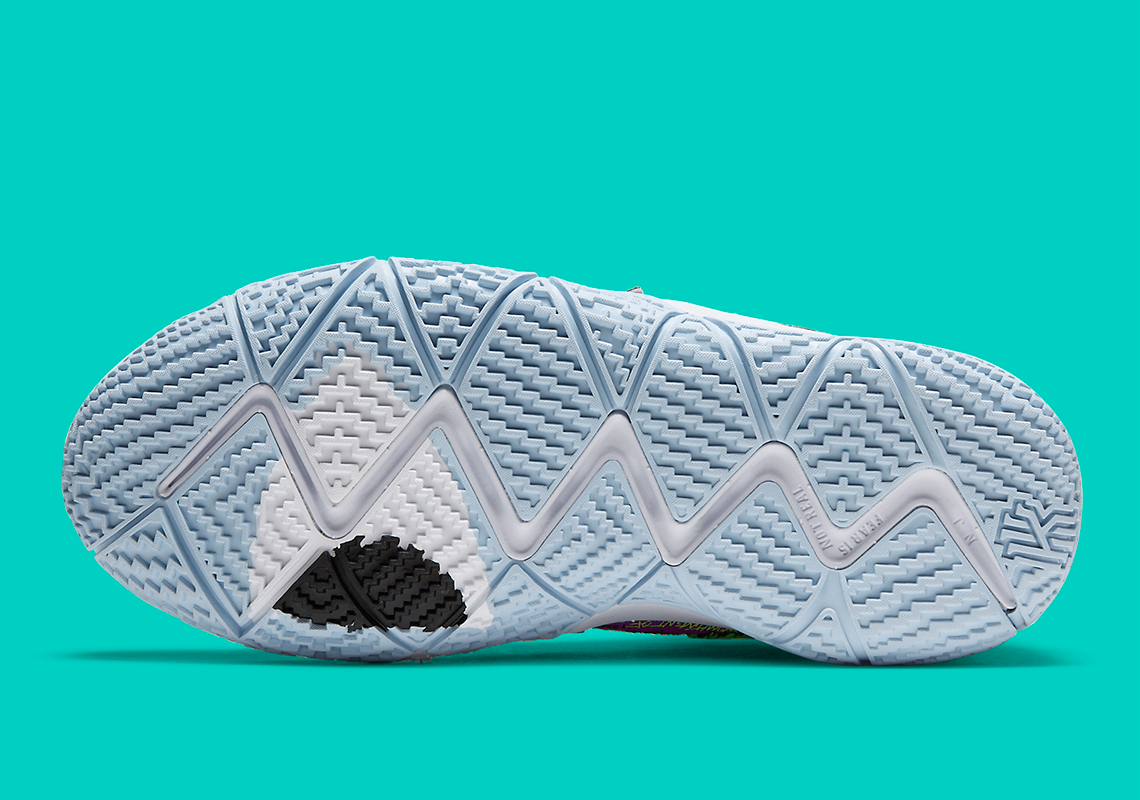 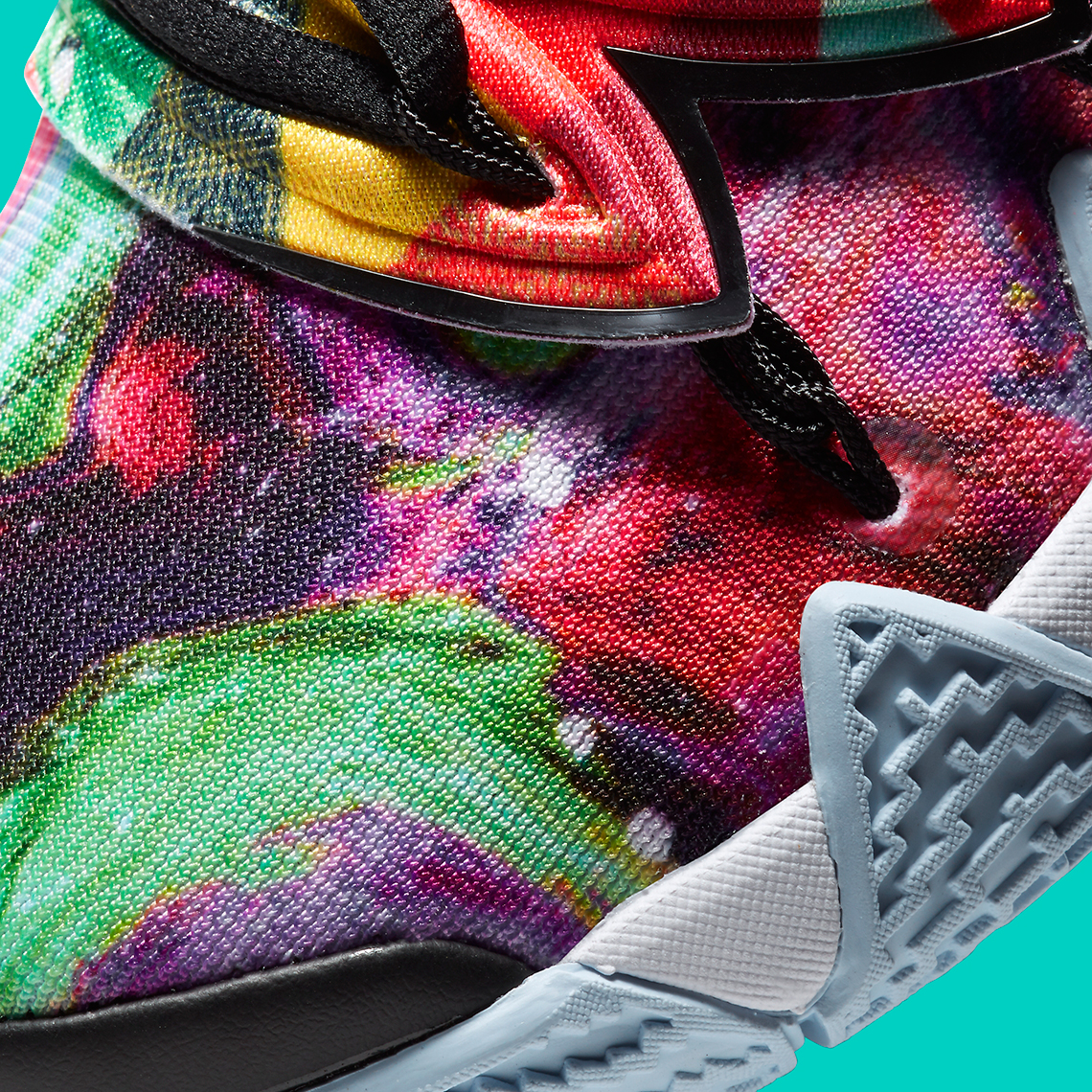 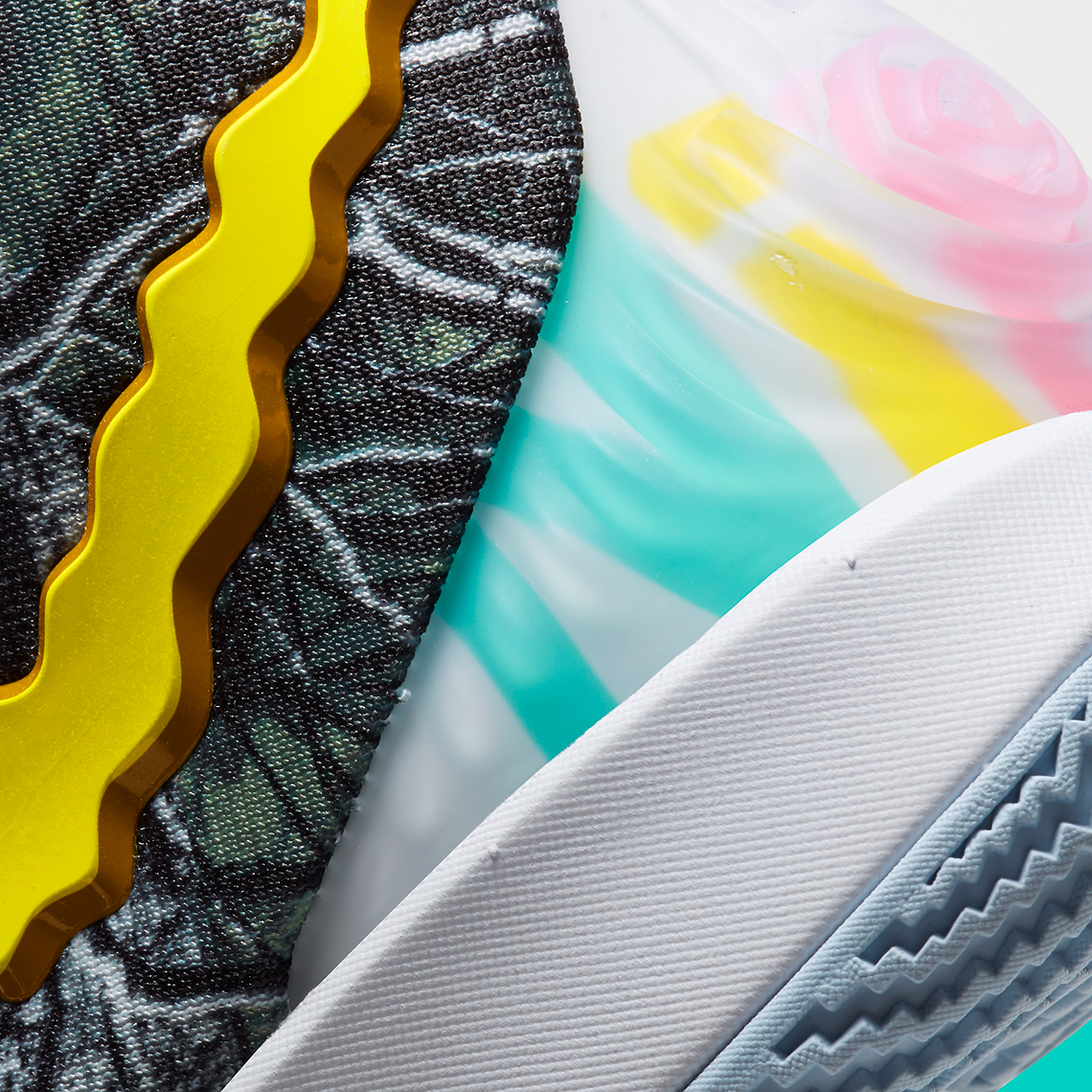