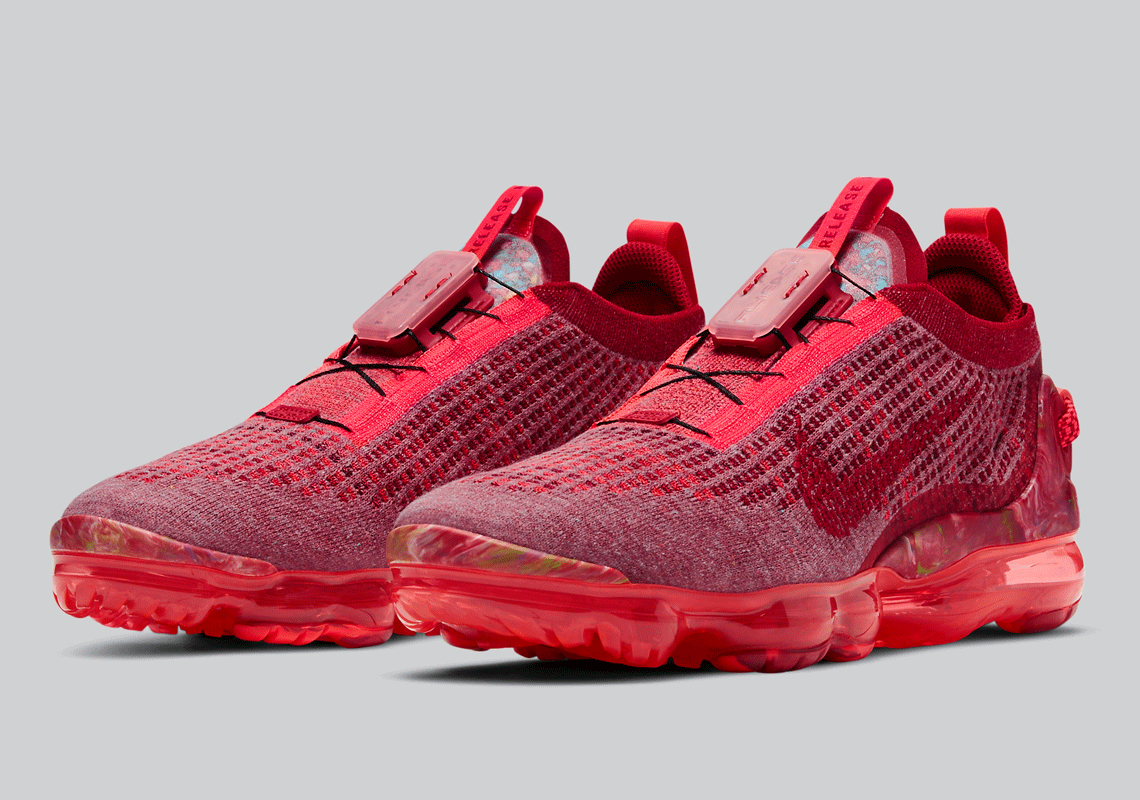 The Nike VaporMax 2020 Appears In A Triple-Red Makeover

Since launching in July, the Nike VaporMax 2020 has predominantly favored greyscale arrangements, with the occasional varying colorway. For its latest ensemble, the updated lifestyle option has turned its “boldness” meter all the way up, as it dons a triple-red makeover.

FlyKnit construction, as well as the supporting accents throughout the upper, indulge in various shades of scarlet. A dark “Gym Red” mostly appears as a base layer, but also takes over the later swoosh, taping along the heel and lining on the tongue and collar. “Team Red” complements the rich tone across the textile build, but also extends itself onto the marbled detailing at the toe tip and heel; the FlyEase mechanism on the tongue; and pull tabs all throughout the pair. Lastly, VaporMax sole units boast the loudest shade of red, as “Flash Crimson” further animates the already-eye-catching cushioning.

Enjoy official images of the forthcoming VaporMax 2020 here below, and find pairs at Nike.com on November 12th for $220 USD.

Elsewhere under the Swoosh umbrella, the Air Max 90 “Infrared” is slated to return on November 9th in OG-style packaging. 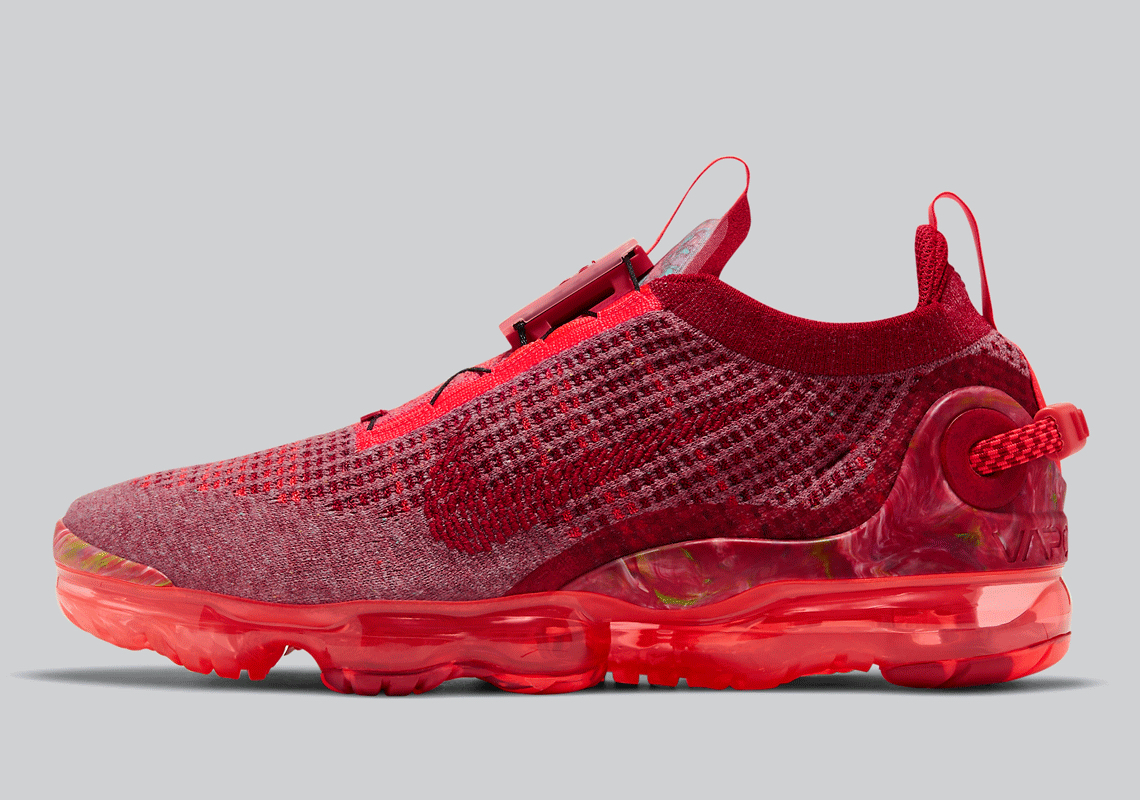 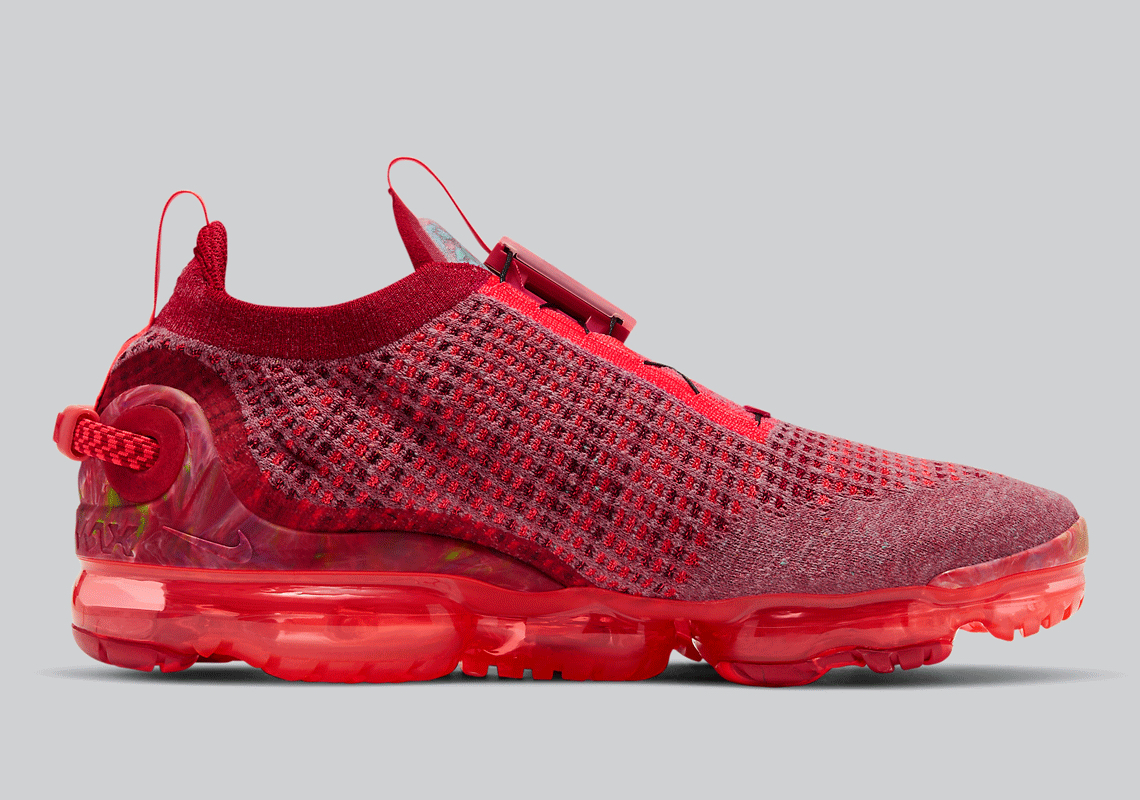 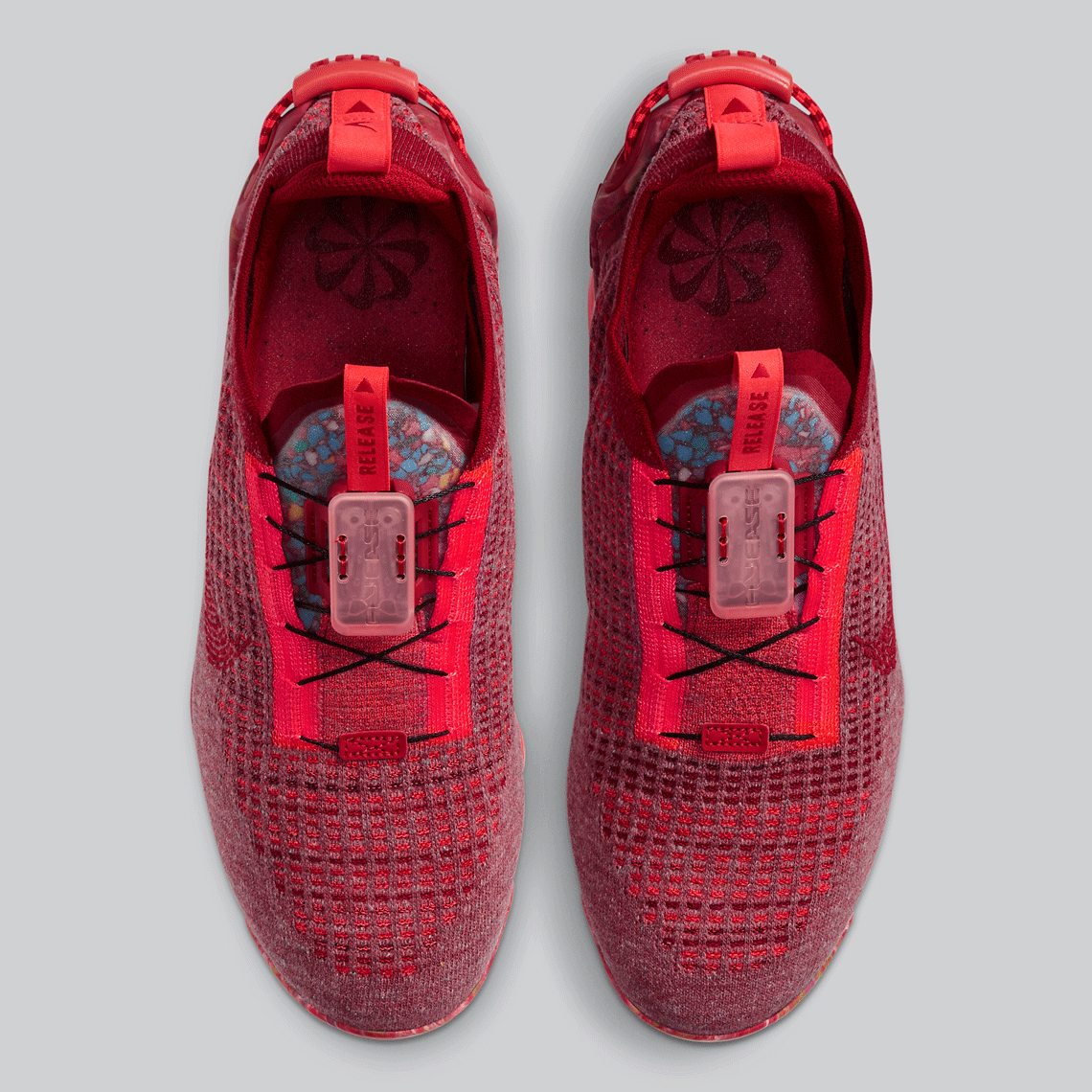 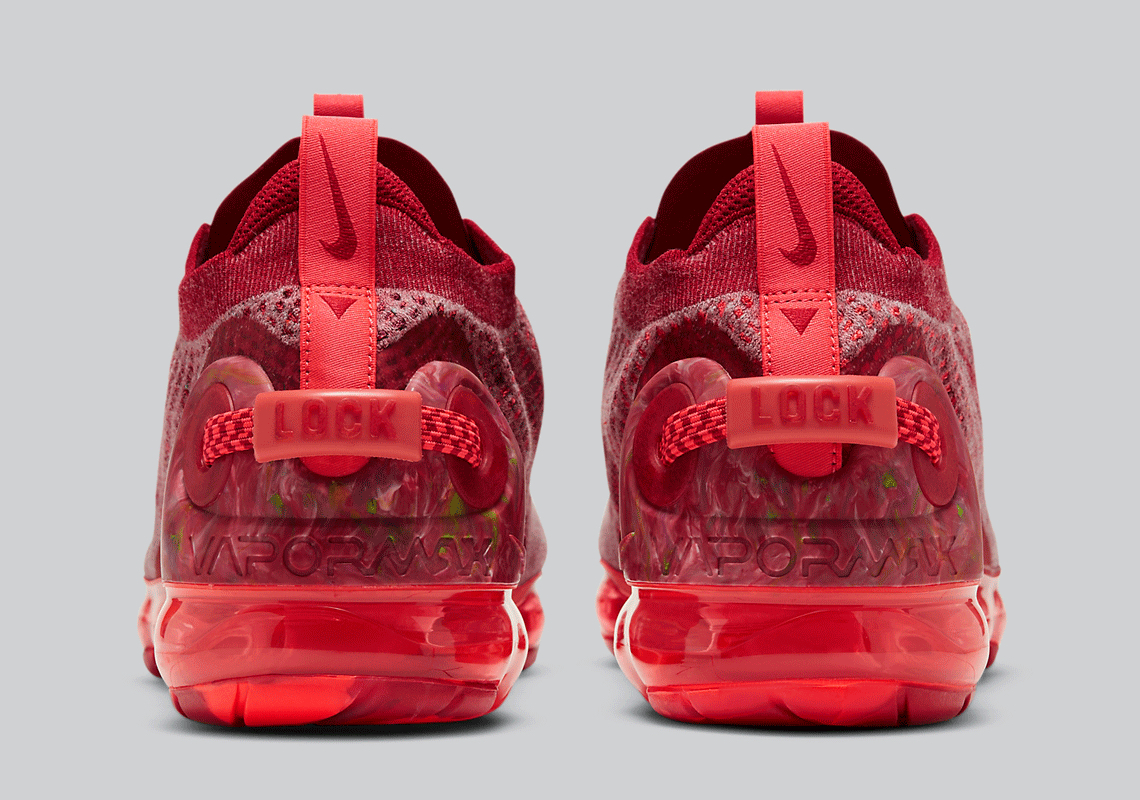 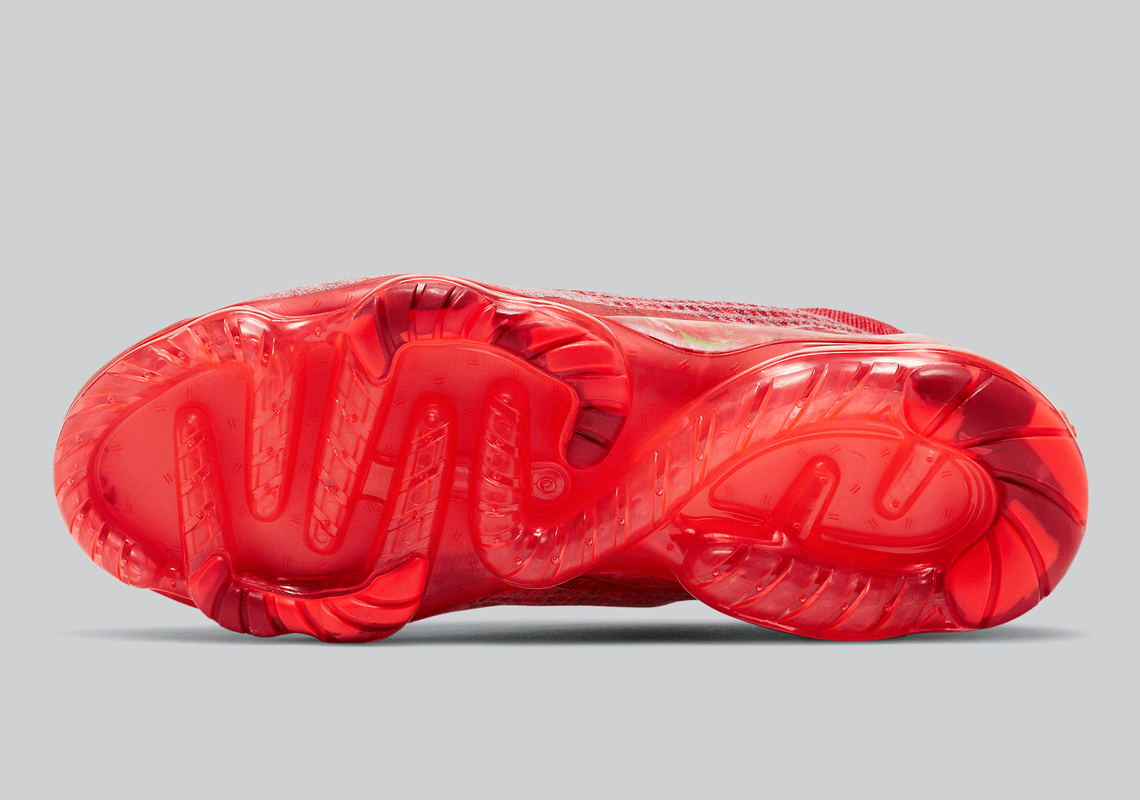 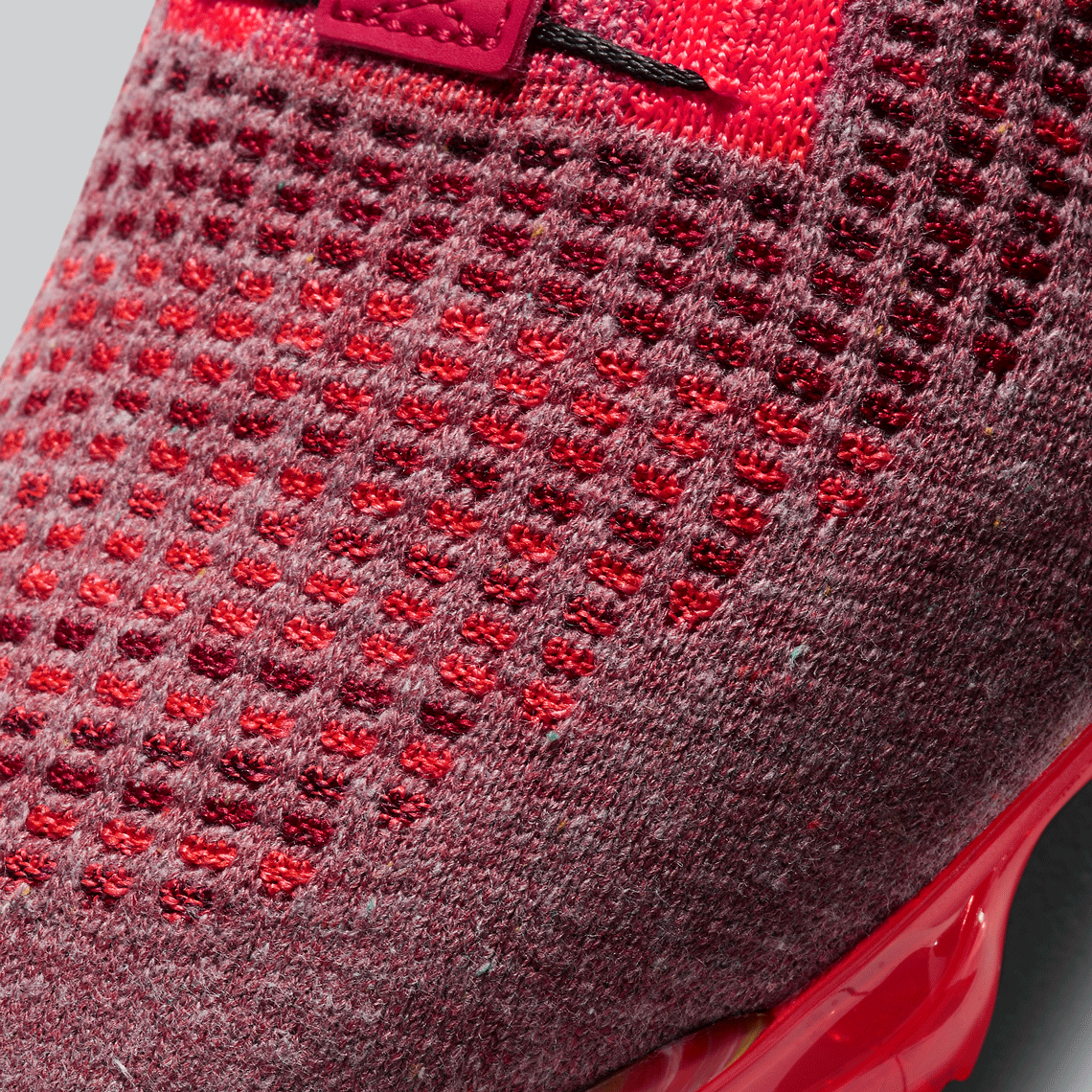 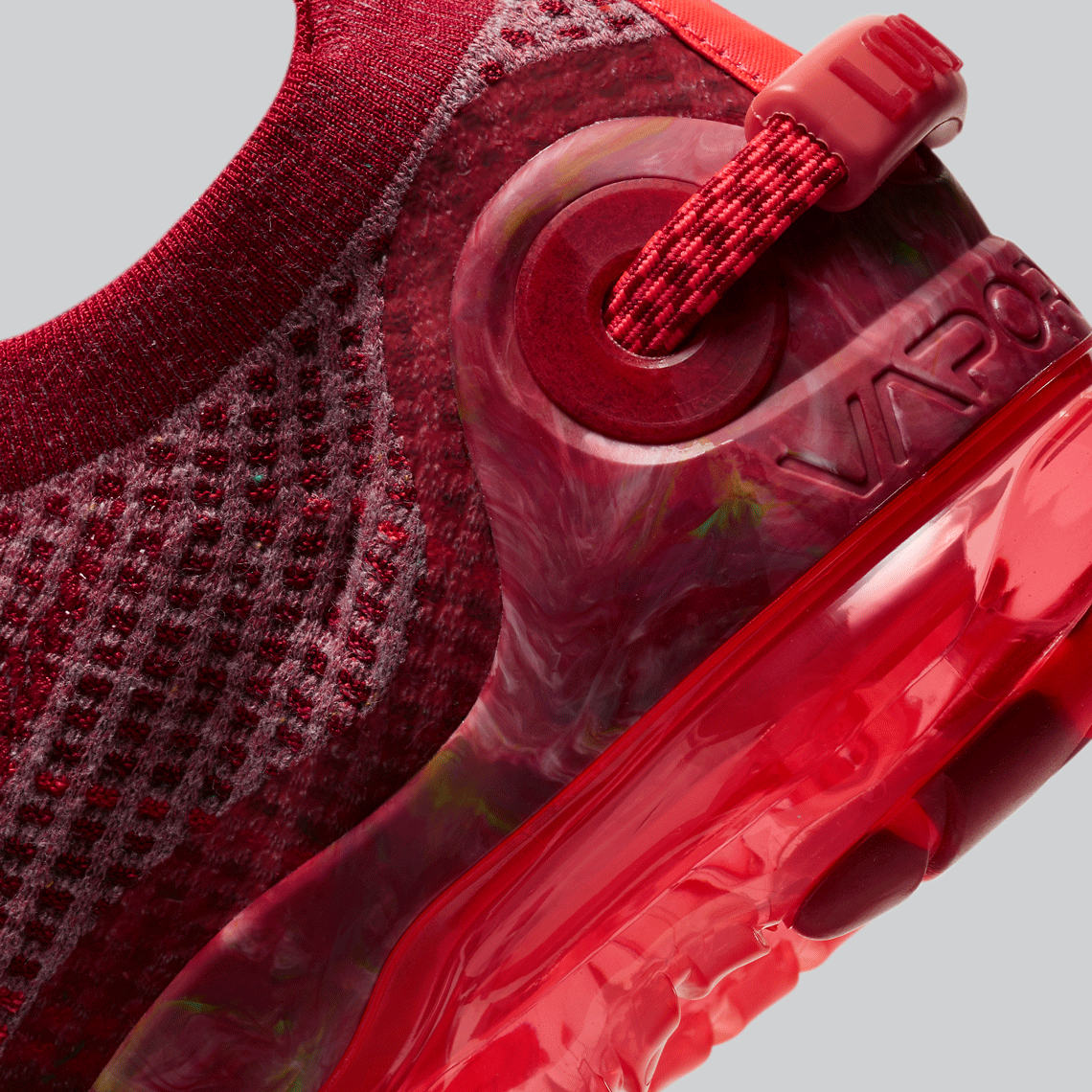