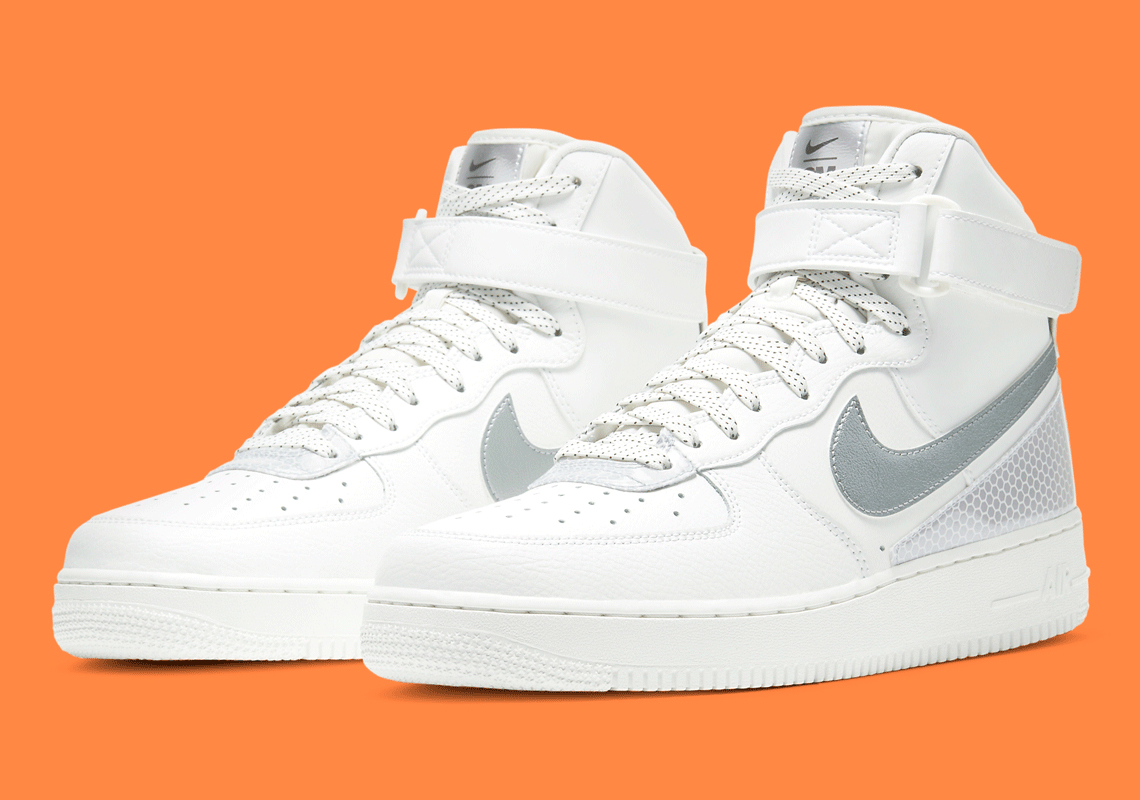 Two years ahead of its 40th Anniversary, the Nike Air Force 1 has adopted and popularized technical and design innovations from the Swoosh. From Nike React cushioning to a double-layered aesthetic, the experimentation seldom takes a break on Bruce Kilgore’s design. For its latest endeavor, the 1982 silhouette doesn’t deviate much from its inaugural look, but taps 3M for its signature reflective detailing.

Predominantly clad in “White,” the forthcoming pair is, at face value, much more understated than the safari options to recently arrive to the Air Force 1 By You platform. Yet, under the right conditions, the Air Force 1 High pictured here grabs all attention given the reflective accents throughout the tongue, midfoot and heel. Although the luminous panels have appeared on previously-surfaced takes on the Air Max 90 and Air Max 95, its inclusion on this tall Air Force 1 is unaccompanied by high-vis orange and green hues. Instead, the silver components are left to indulge in the spotlight (quite literally) by themselves.

Official release details of a Nike.com launch are still unknown, but this pair is likely to arrive before 2020 ends. In the meantime, enjoy official images here below.

Elsewhere under the Swoosh umbrella, the LeBron 18 “Los Angeles By Day” arrives in North America on November 6th. 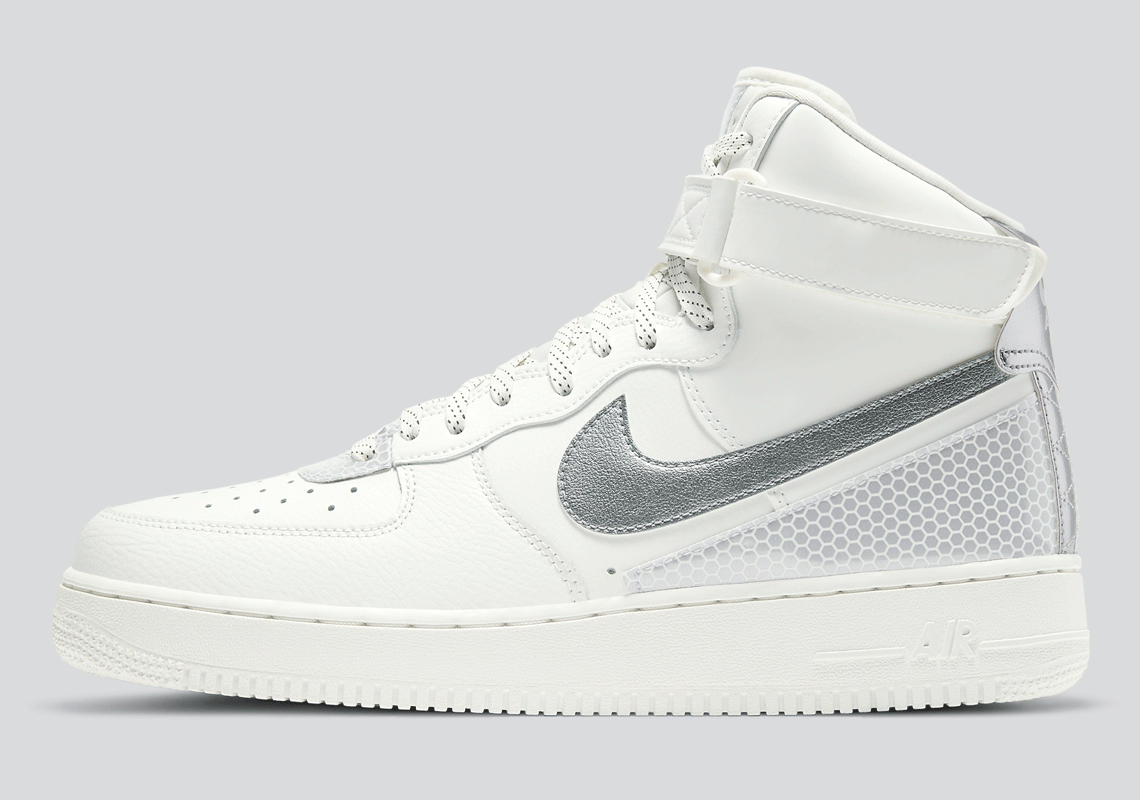 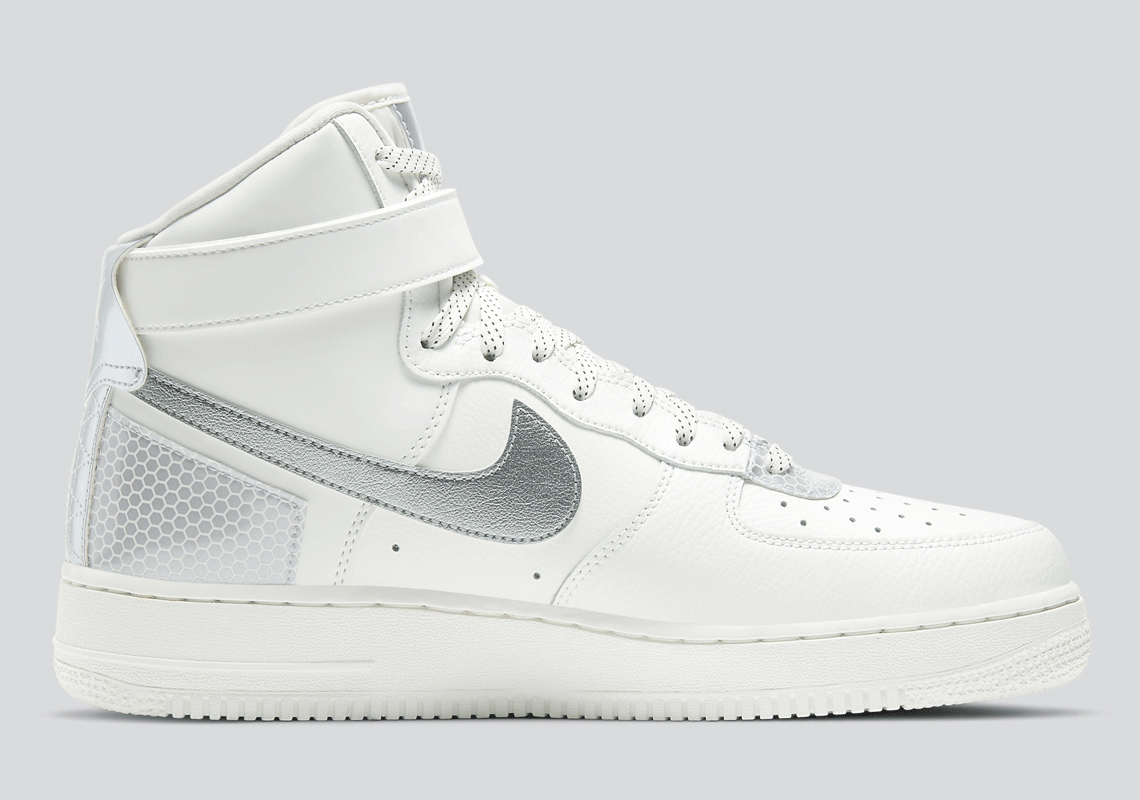 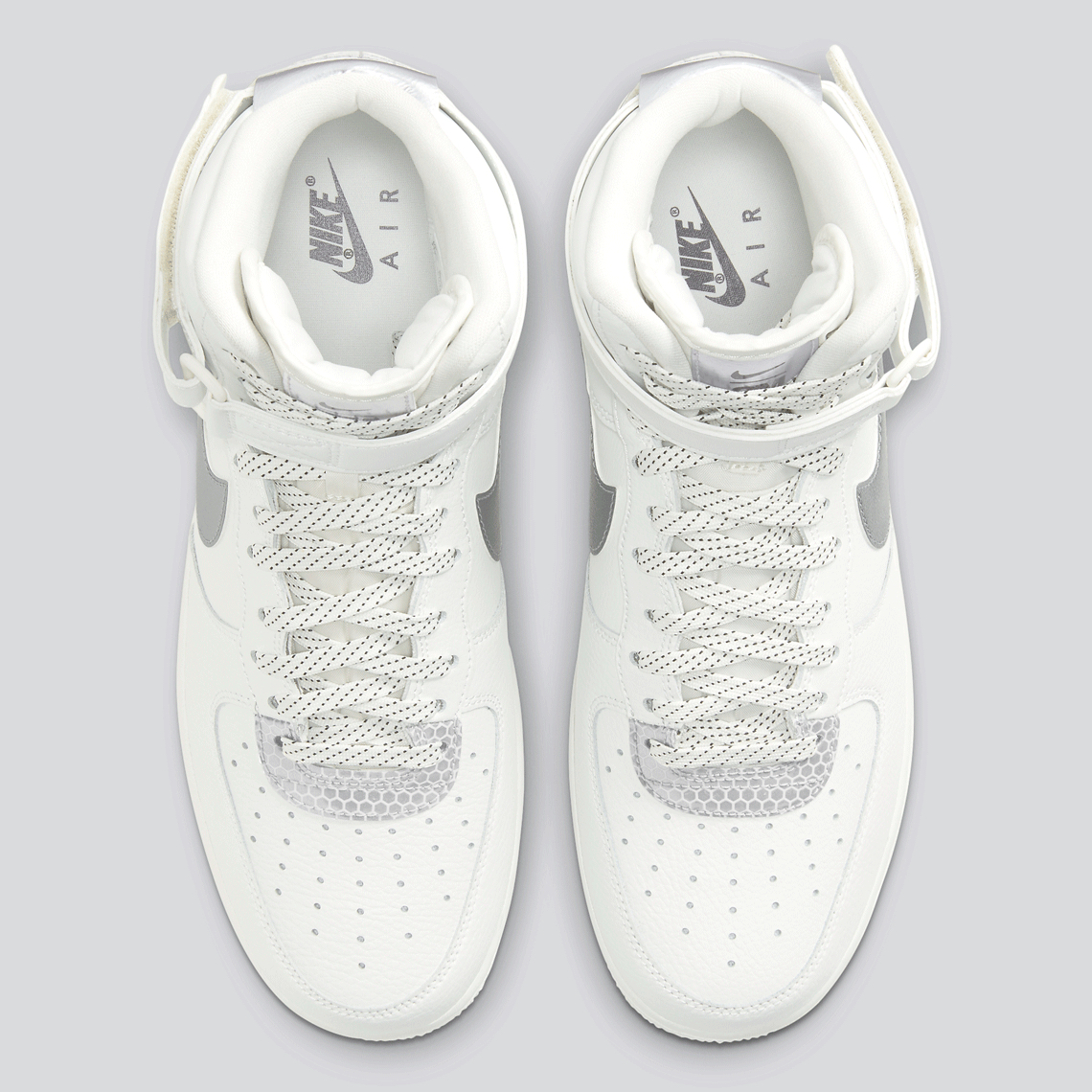 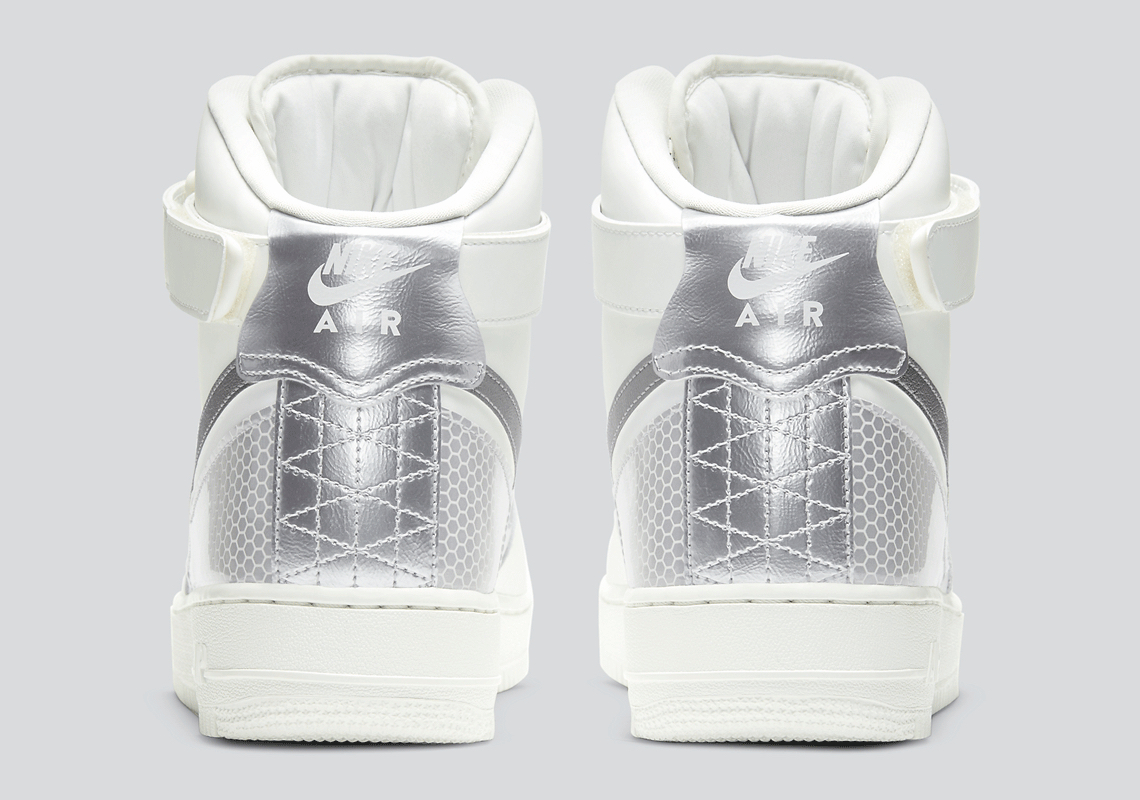 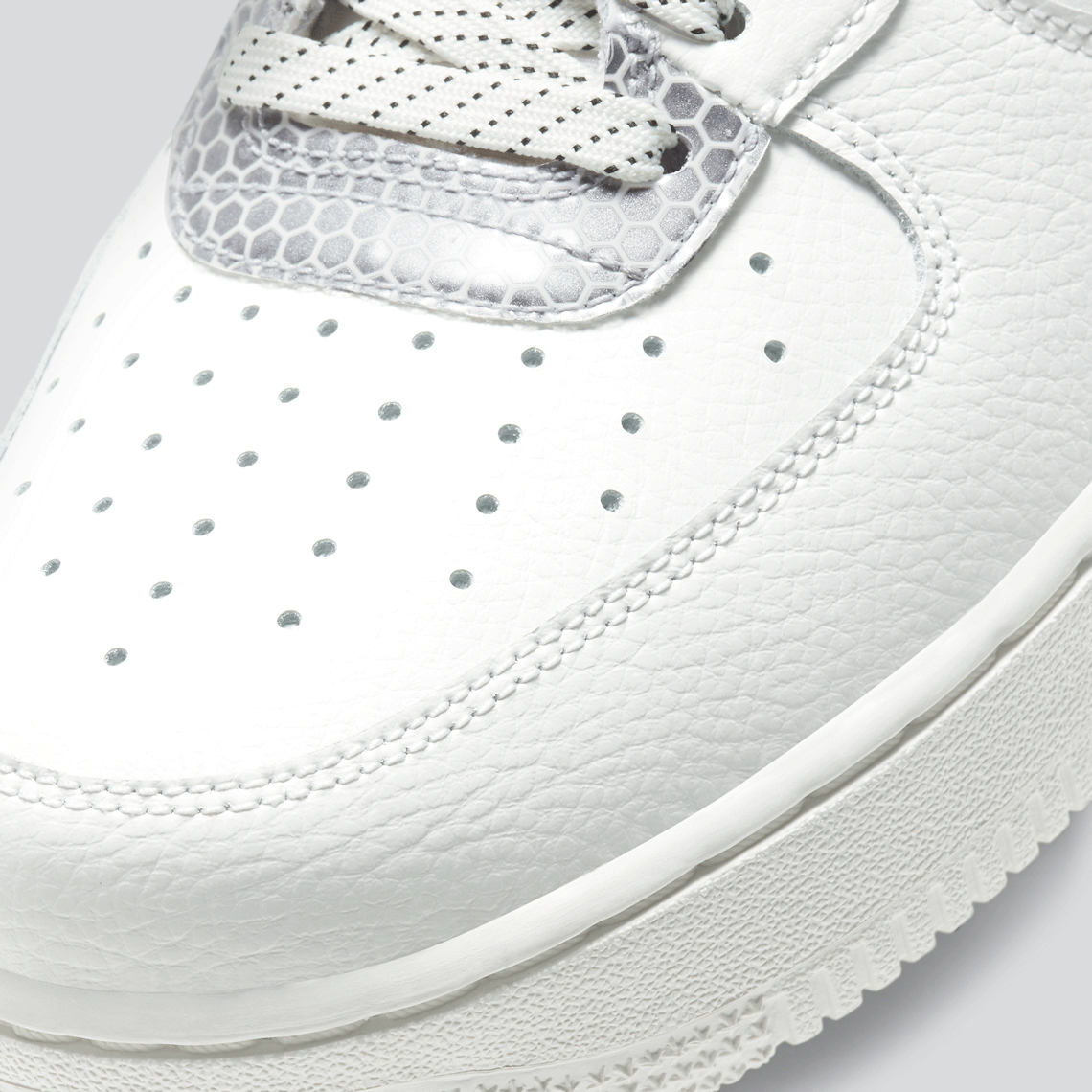 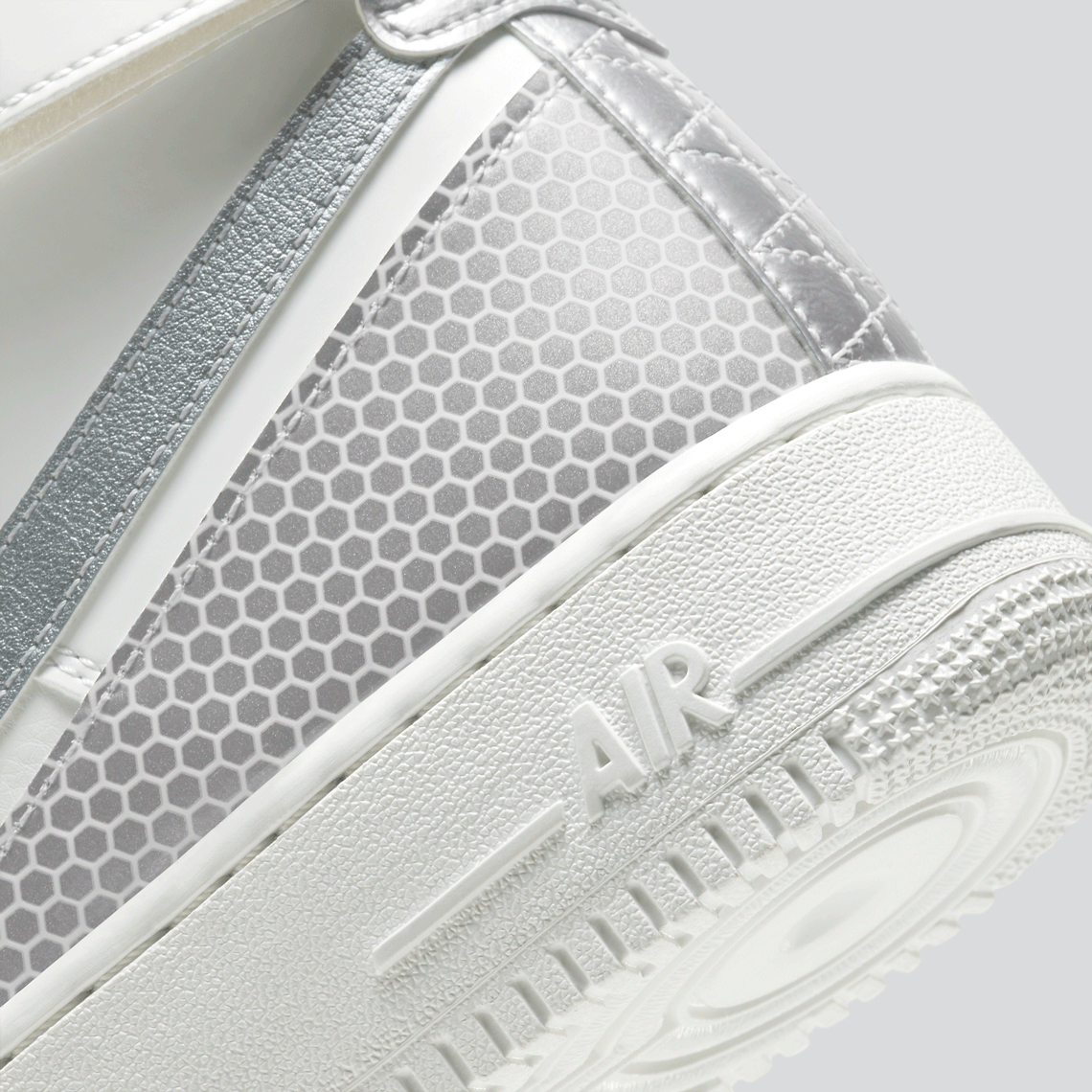