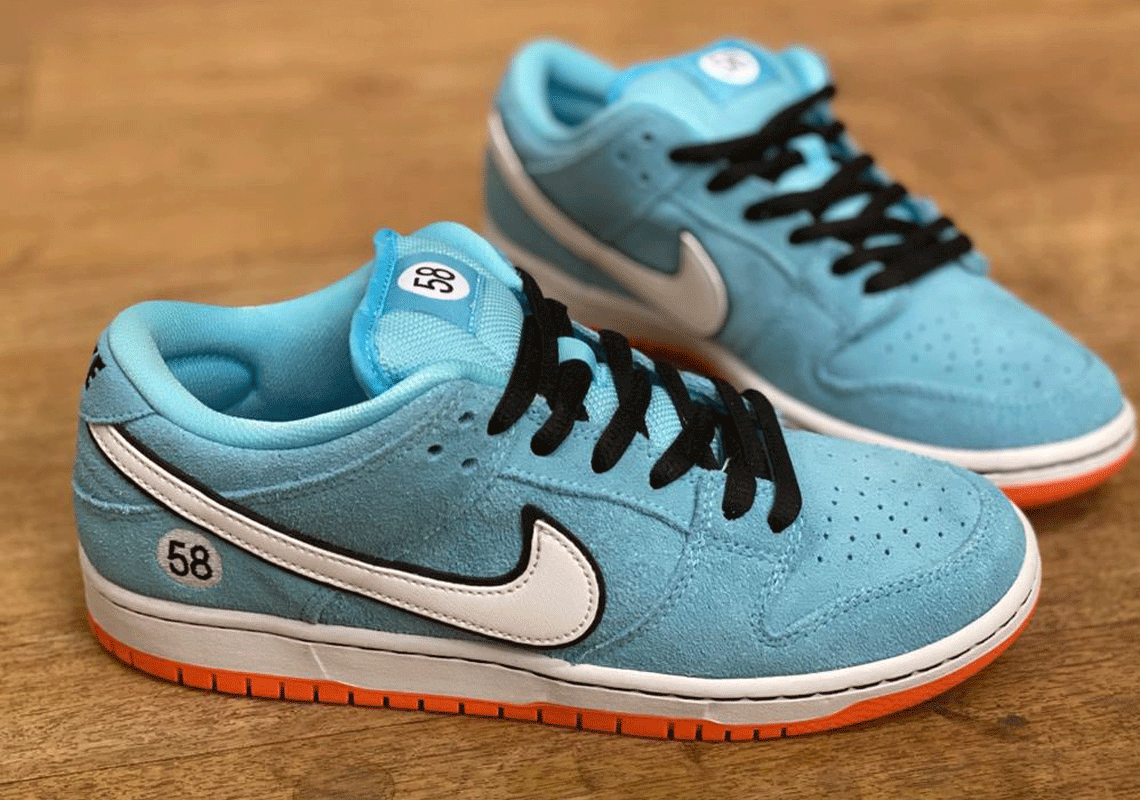 With just over two months left in the year, several of Nike SB‘s plans for 2021 have been teased. The latest is an SB Dunk Low “58” in a “Blue Chill/Safety Orange” color combination.

Primarily constructed from suede, the upper on the forthcoming skateboarding proposition indulges in a light blue hue; puffy tongues and inner lining follow suit. Profile swooshes and “58” logos on the tongue label and lateral heel deliver stark contrast with their “White/Black” arrangement. While the Swoosh has kept the origins of the two-digit number vague, “58” appeared on the SB Dunk Mid “Griffey” (April 2020) and a “Sequoia/Flight Gold” SB Blazer Mid from 2018. (It’s quite possible “58” is simply the numerical version of “SB.”) Underfoot, sole units are divided into a simple “White” outsole and “Safety Orange” outsole duo.

An official Nike SNKRS release date is unknown, but this SB Dunk Low is rumored to arrive in early 2021. In the meantime, enjoy a first-look at the pair here below.

For more from NIKE, Inc., check out the Kyrie 7 “Raygun” recently teased. 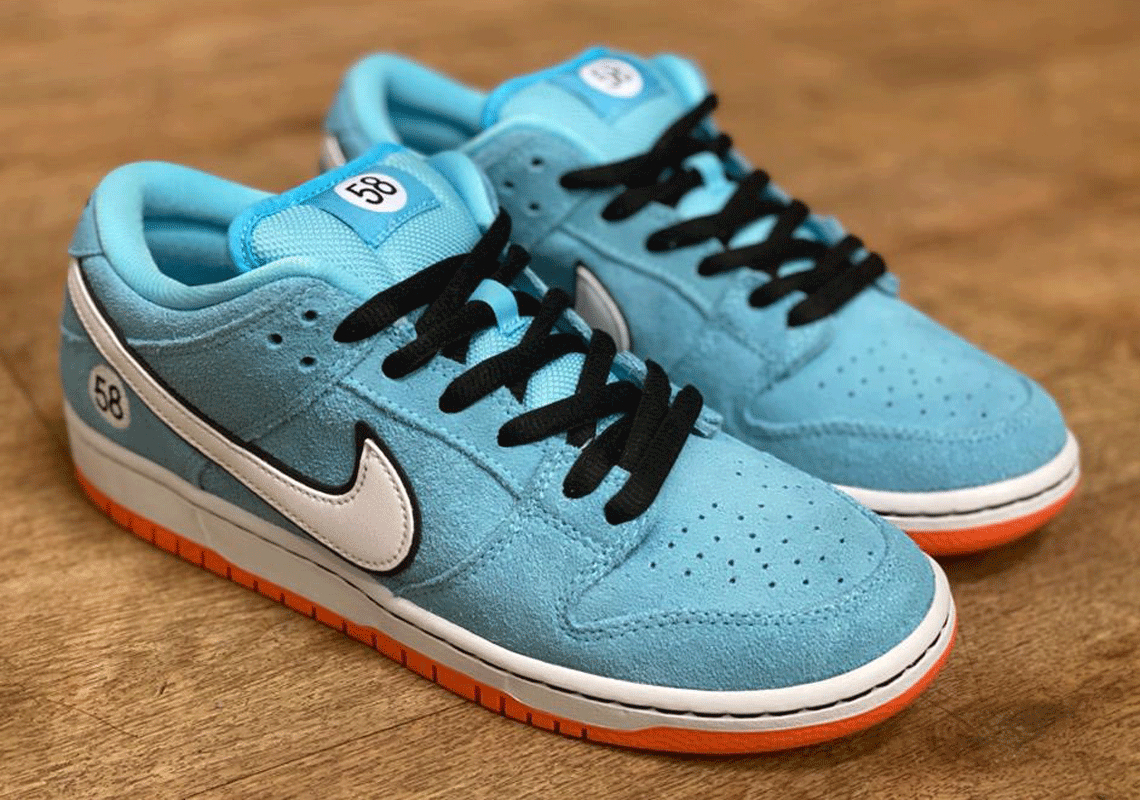 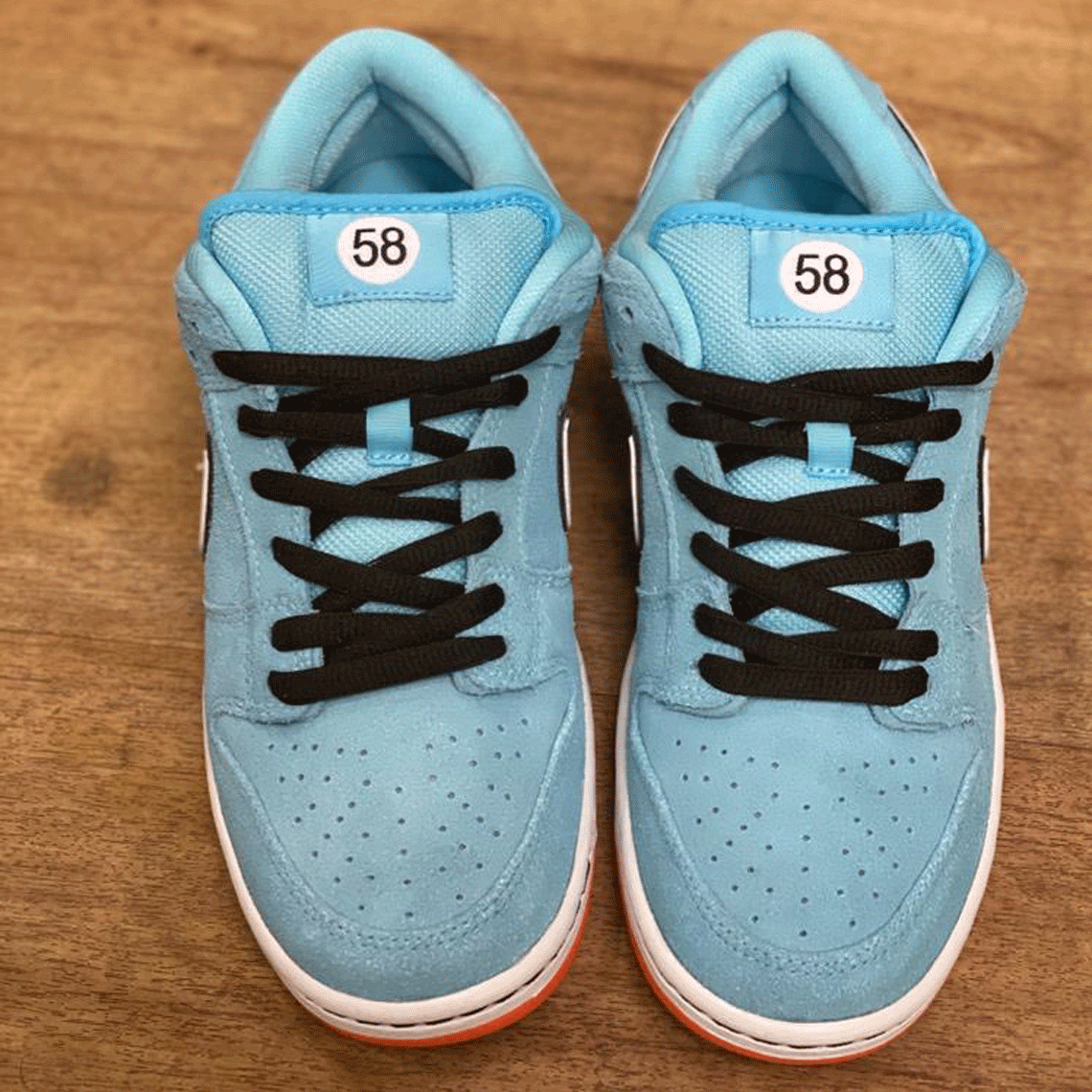 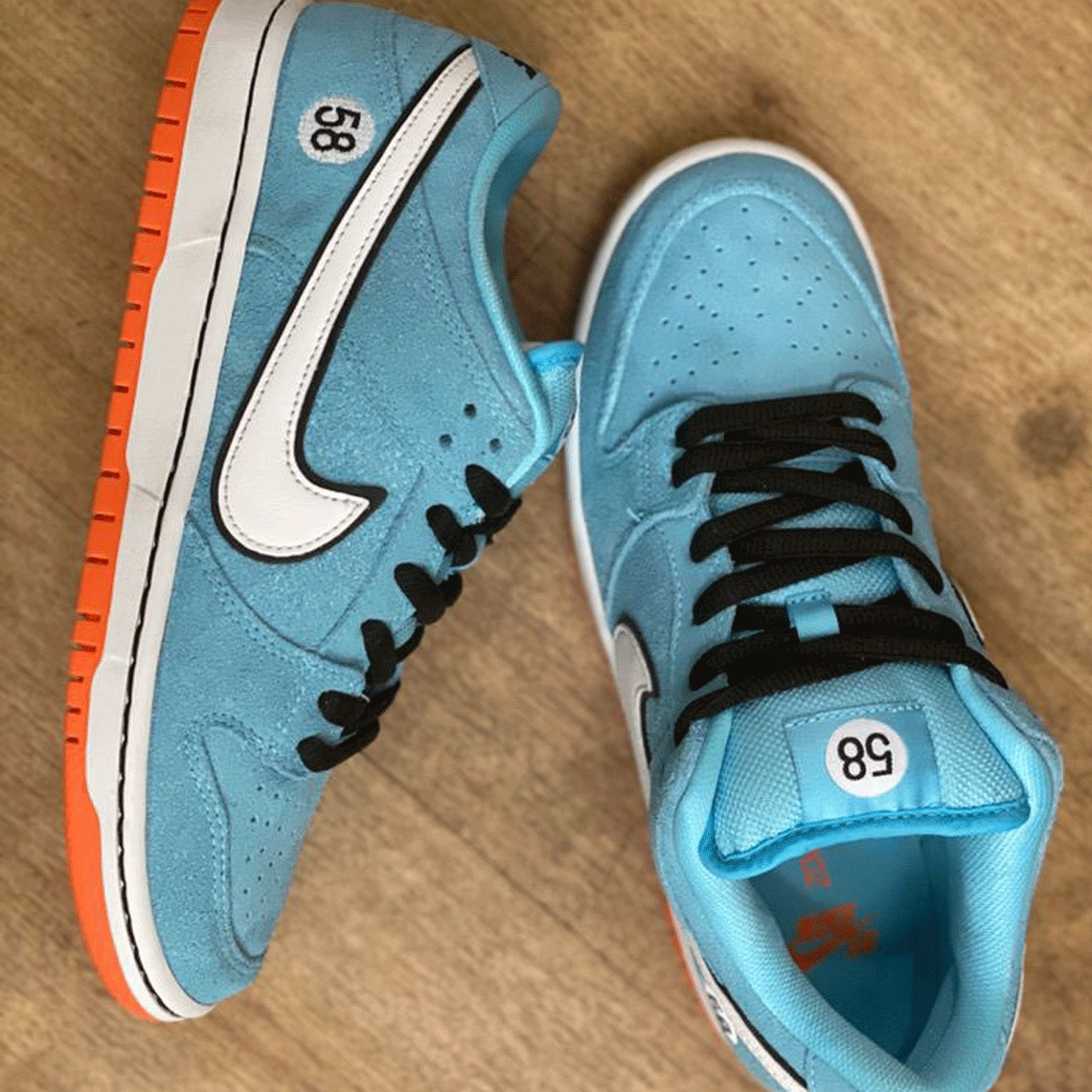