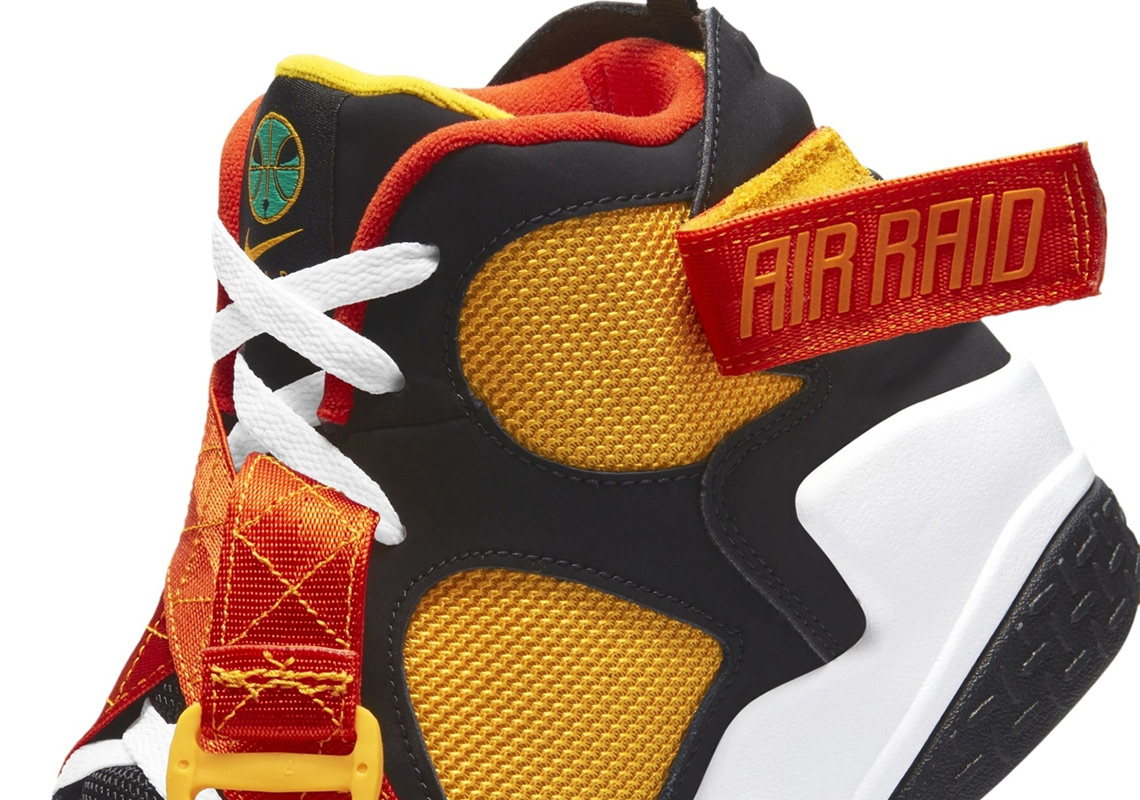 Synonymous with the early 1990s, the Nike Air Raid hasn’t received the retro treatment that some of its Nike Basketball counterparts have gotten over the last three decades. More recently, Fear of God‘s Jerry Lorenzo has shined a spotlight on the outdoor-basketball classic. But since retroing in its original colorway back in August, the silhouette has been teased in old and new colorways slated for the coming months. Next up?: A colorway inspired by and featuring motifs related to the fictional Roswell Rayguns hoops squad.

While the alien-based theme is most famous for taking over an SB Dunk Low in 2005, it’s appeared on various Nike Sportswear and Basketball options over the last five years. Unlike some propositions, the Air Raid is predominantly clad in shades of gold and burnt orange instead of in black. Beyond the animated toe box, mesh underlay and two-straps that cross the tongue in “X” fashion, the alien-like basketball graphic on the tongue cements the retro in the Roswell team’s sneaker legacy. No cartoon rayguns appear on the sneakers, but the word is stamped onto each sockliner.

Full release details are still unknown, but the Air Raid “Raygun” is likely to launch on Nike SNKRS before 2020 ends in both Men and Grade School sizing.

Elsewhere under the Swoosh umbrella, an SB Dunk Low “Court Purple” is rumored to launch in early 2021. 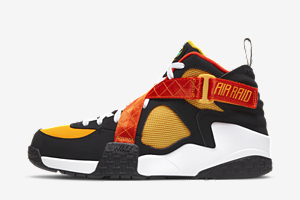 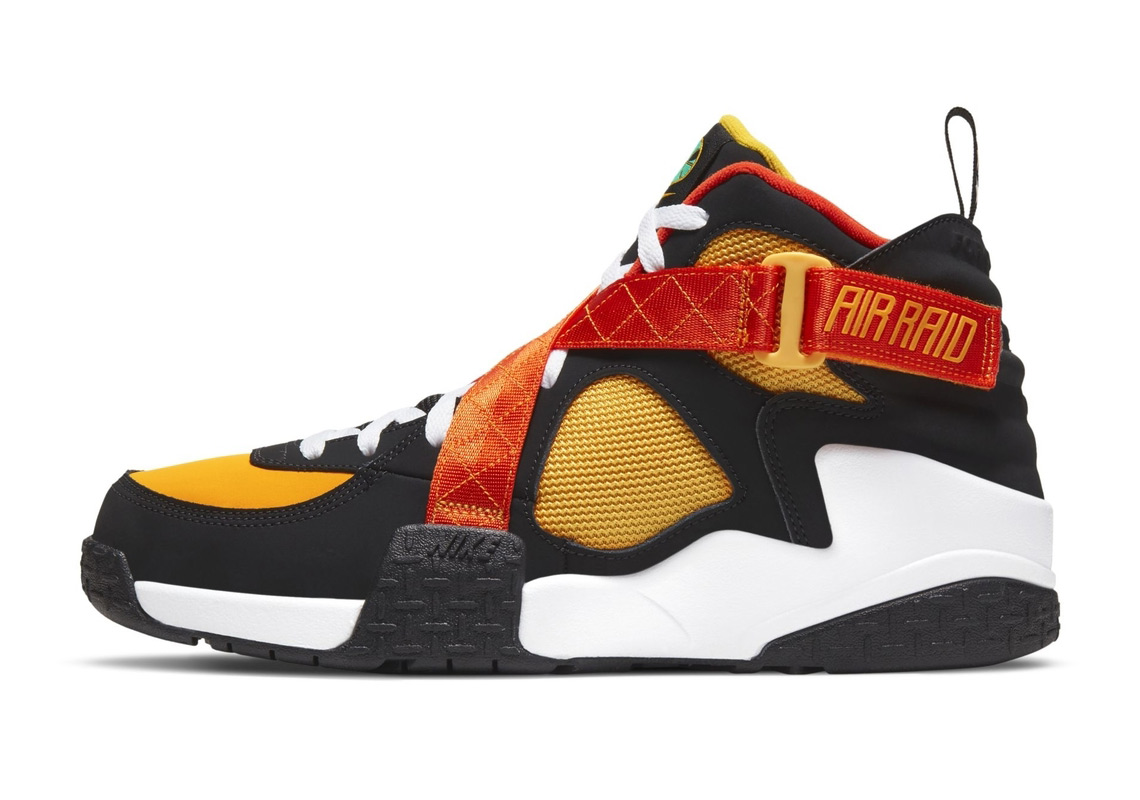 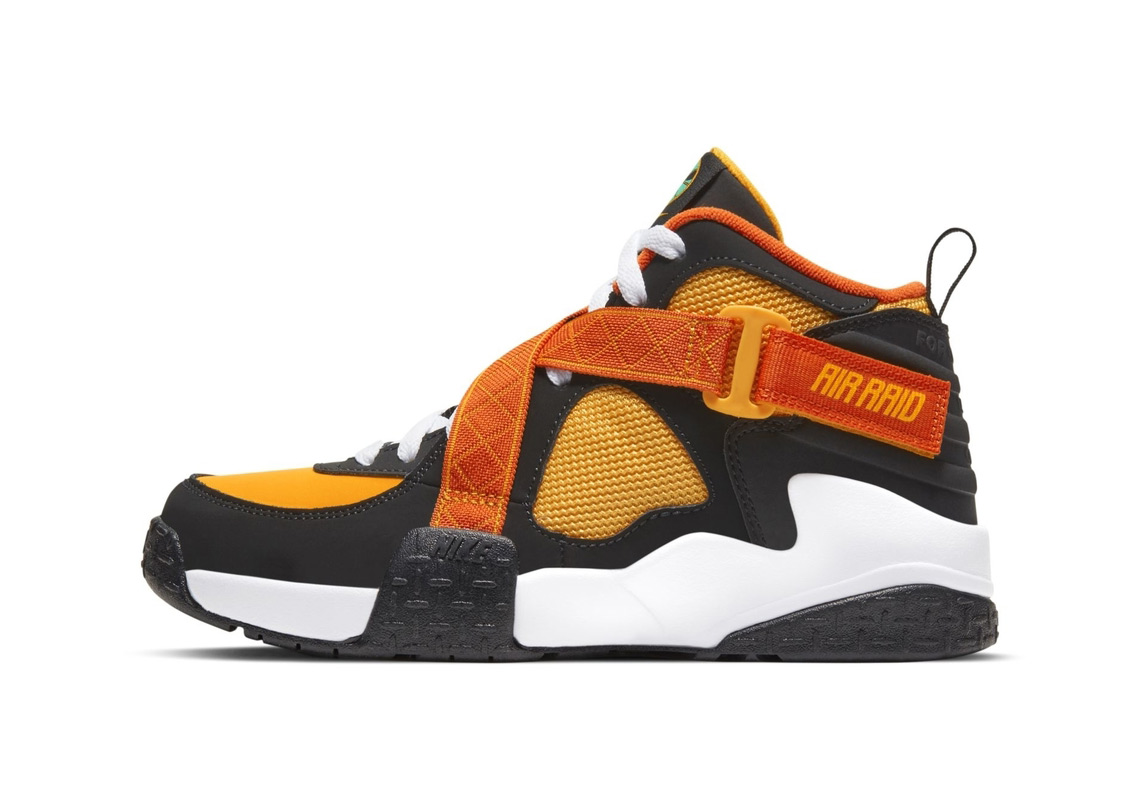 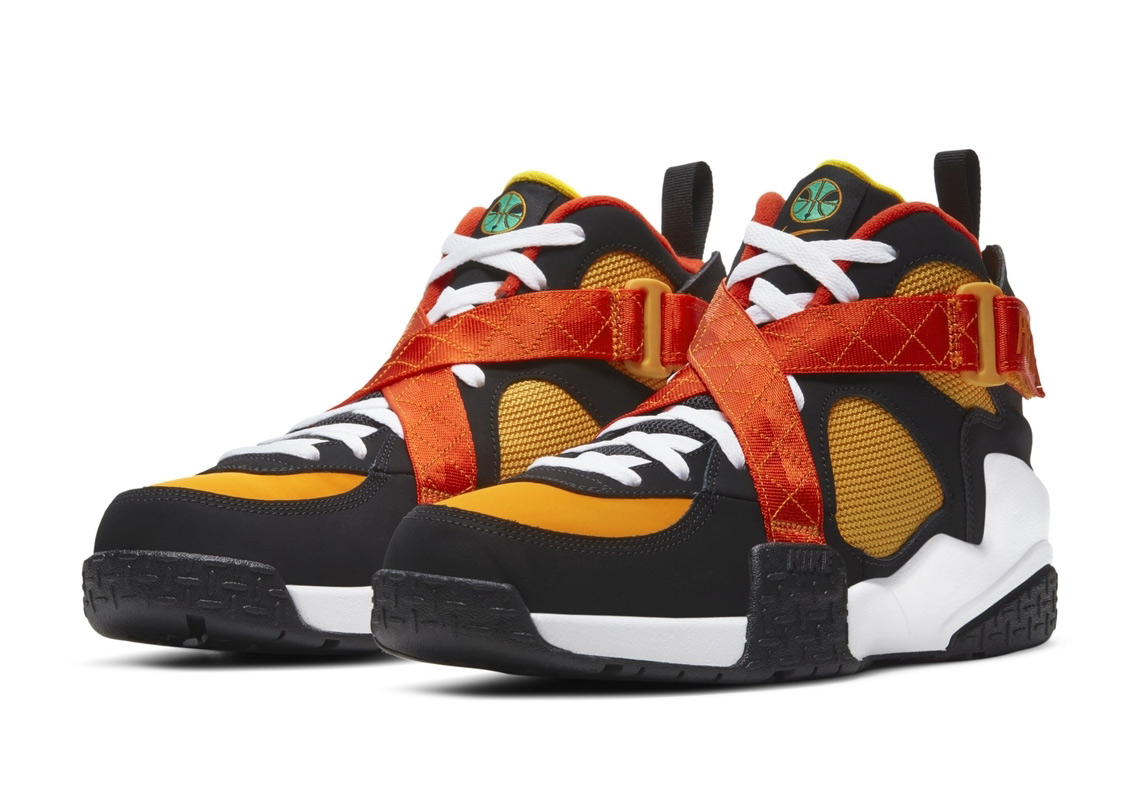 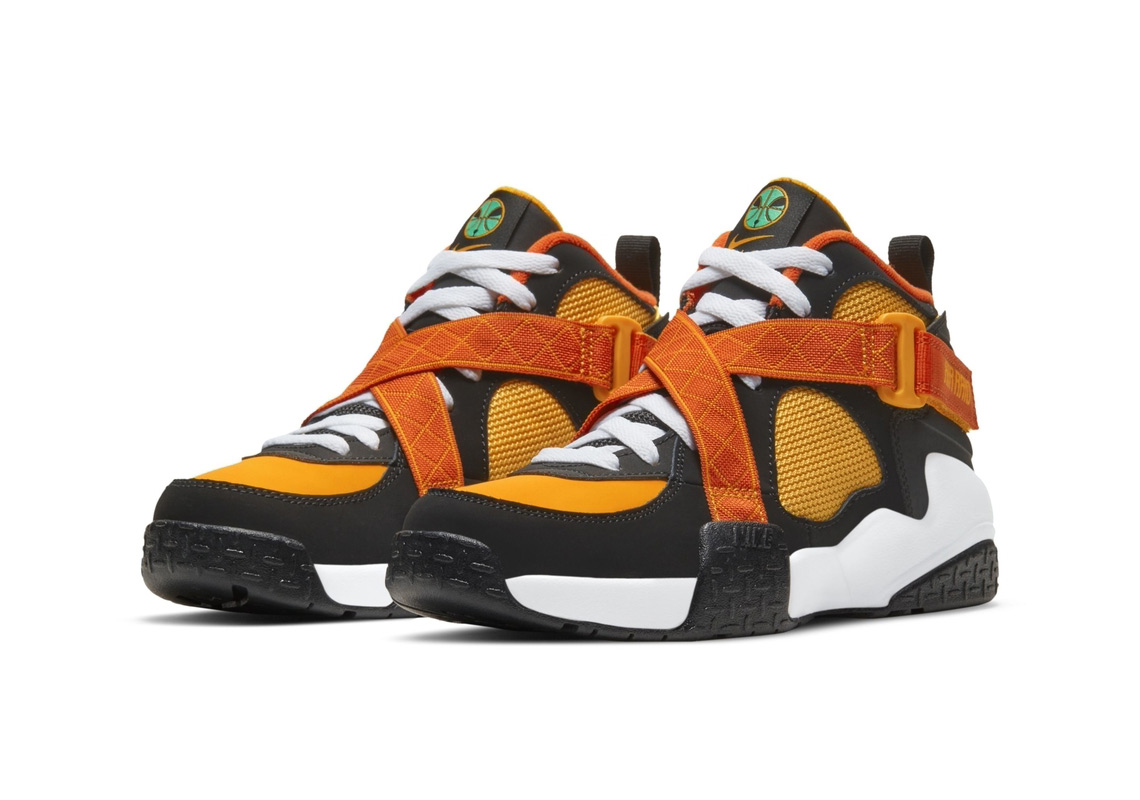 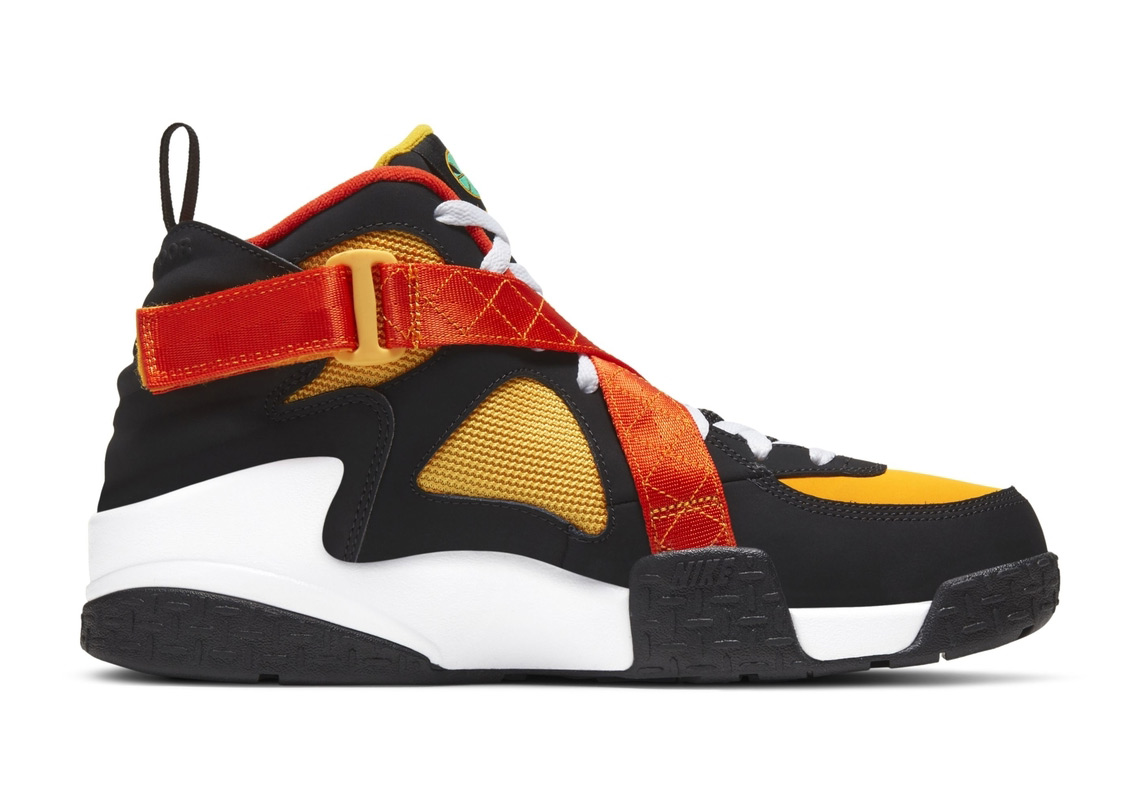 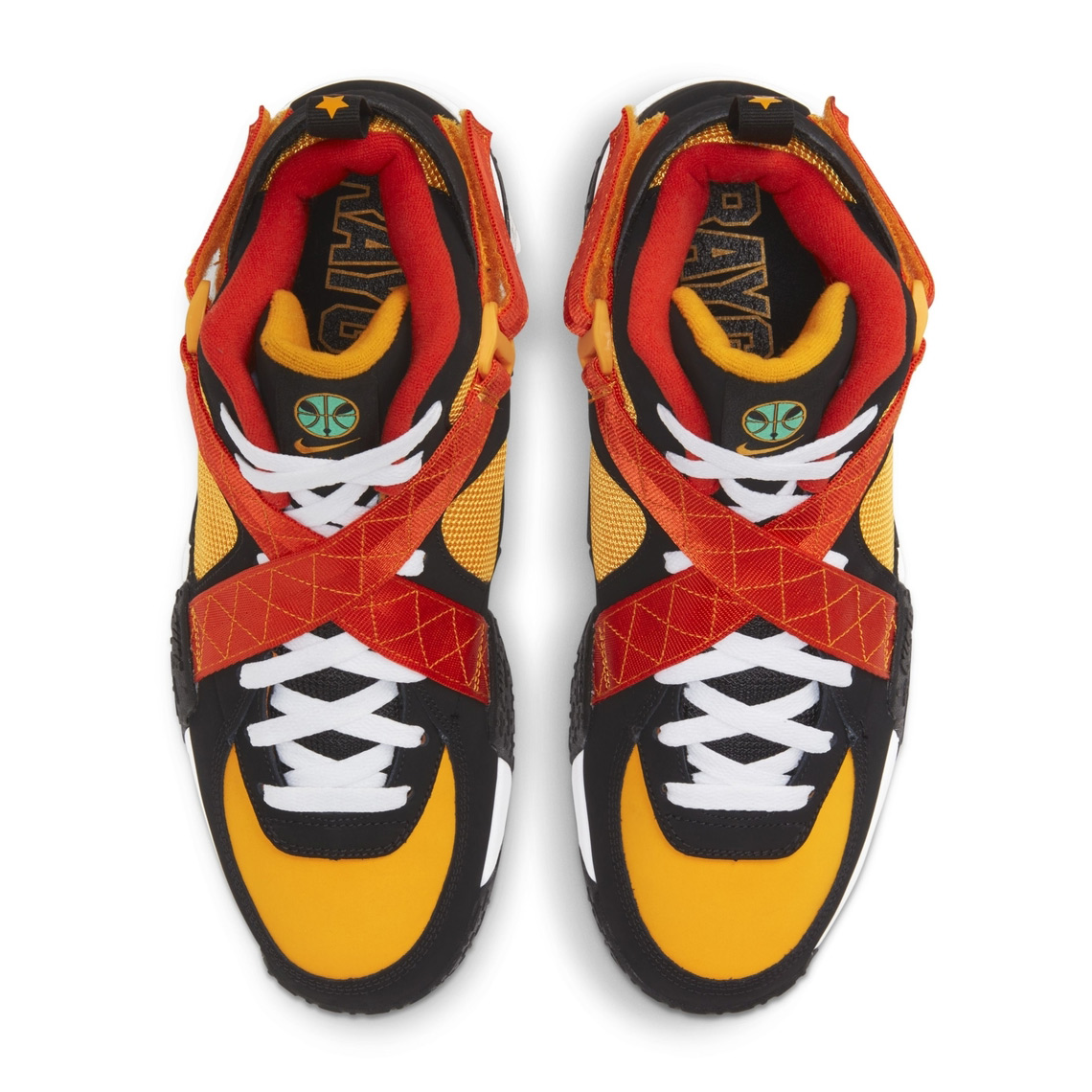 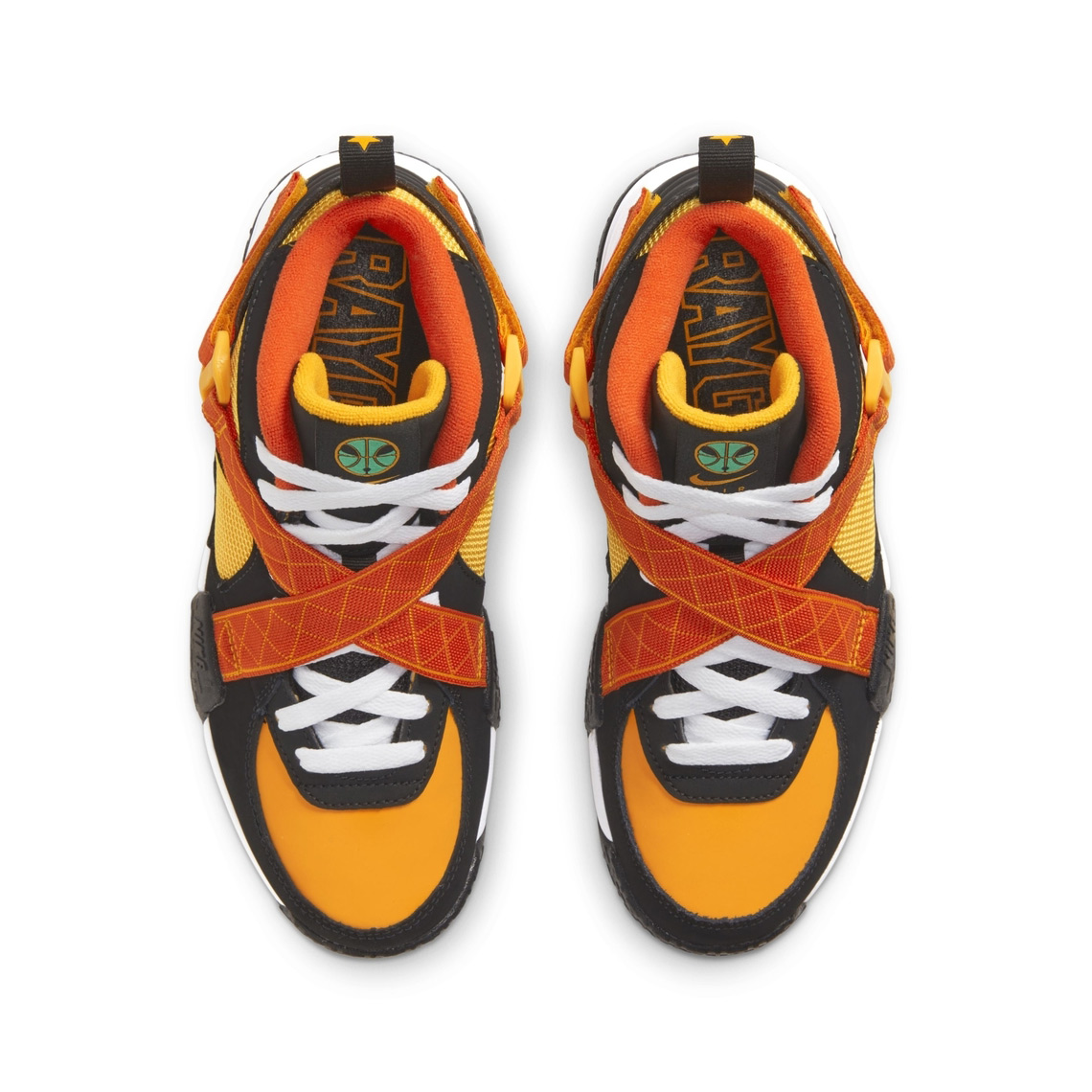 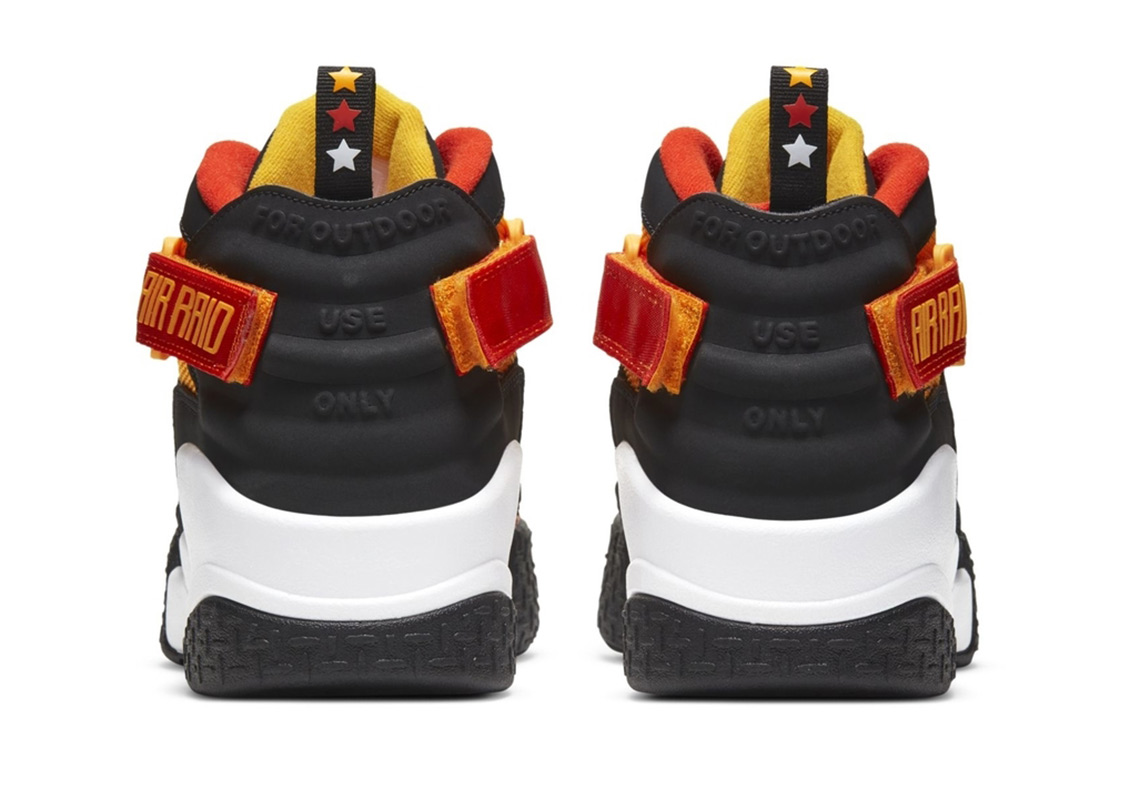 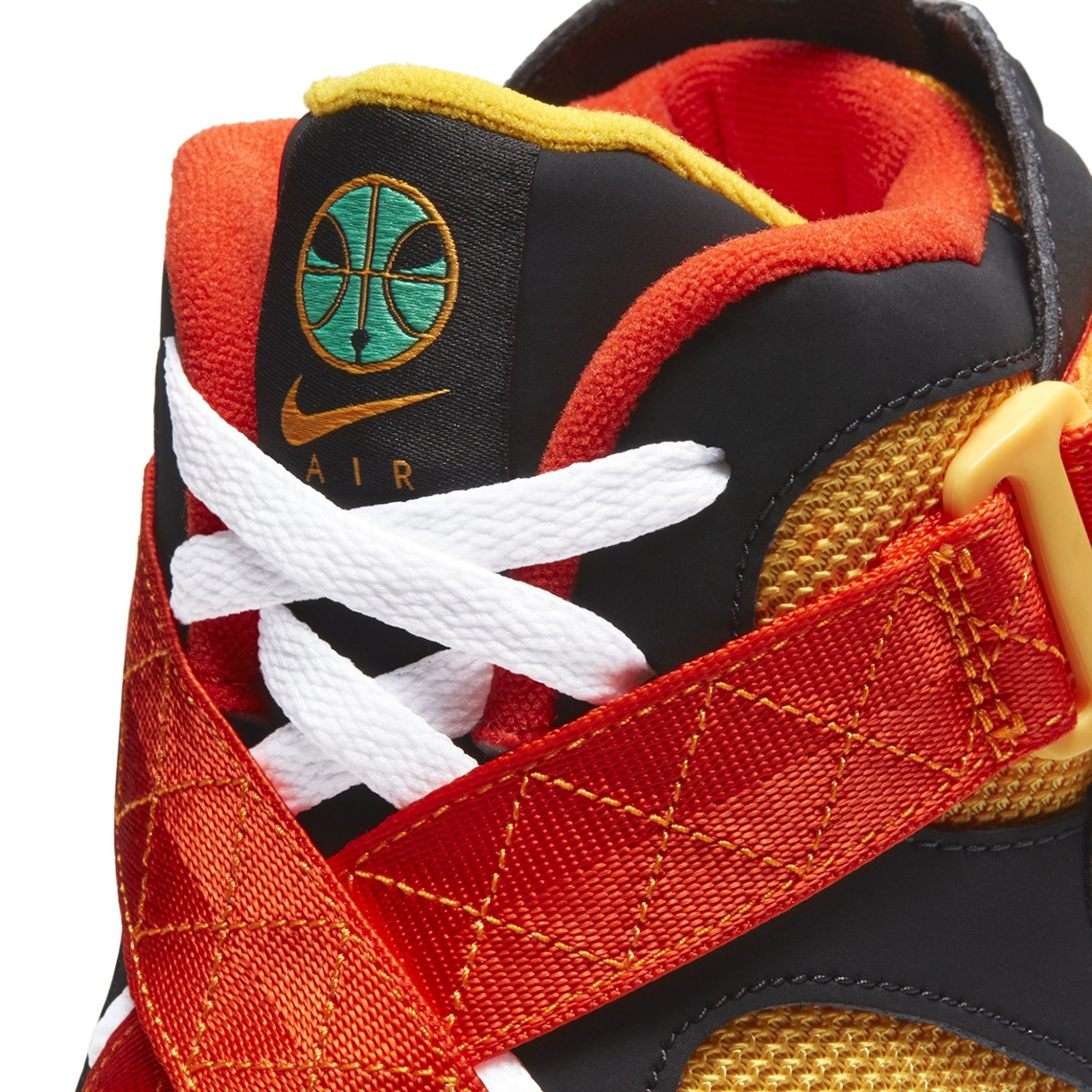 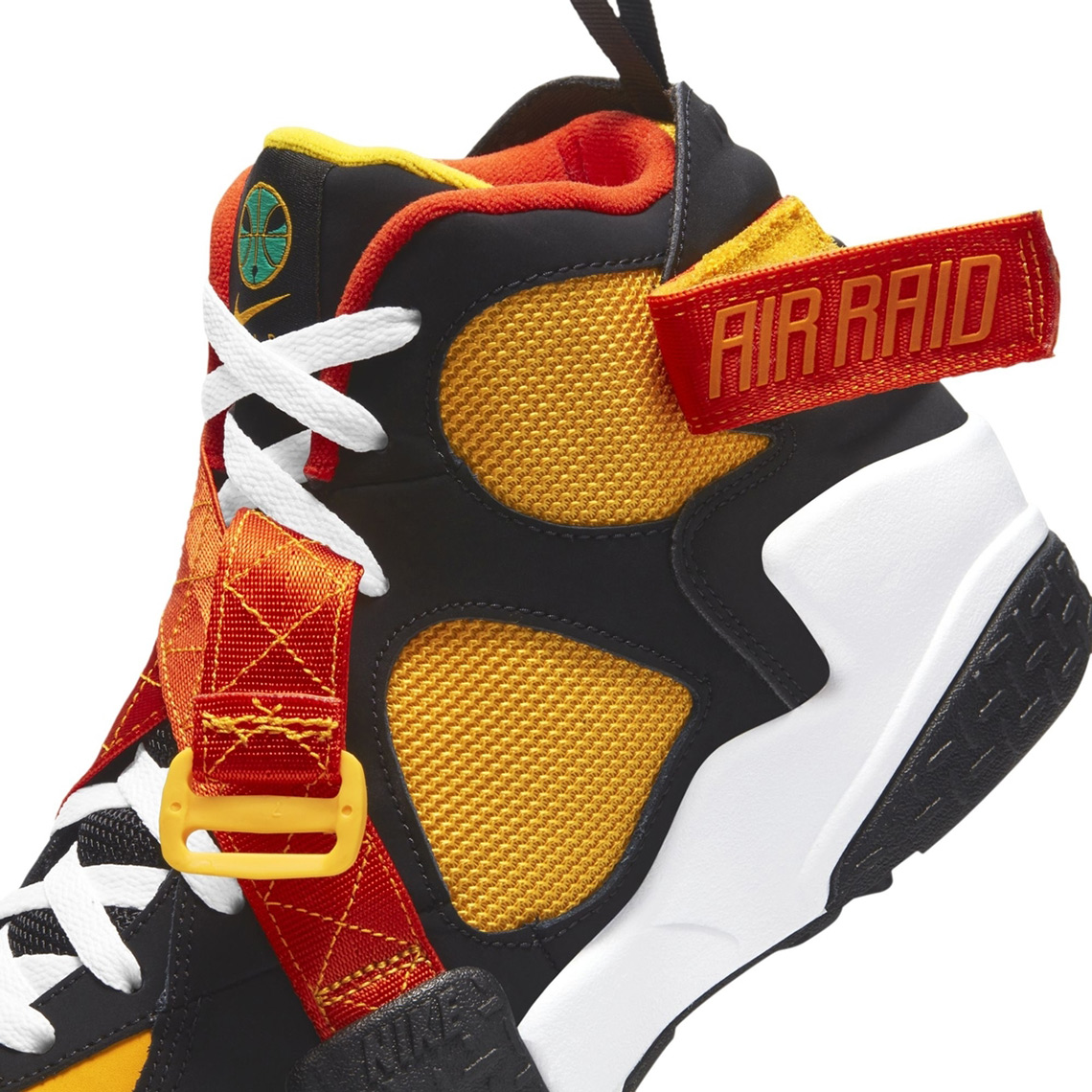 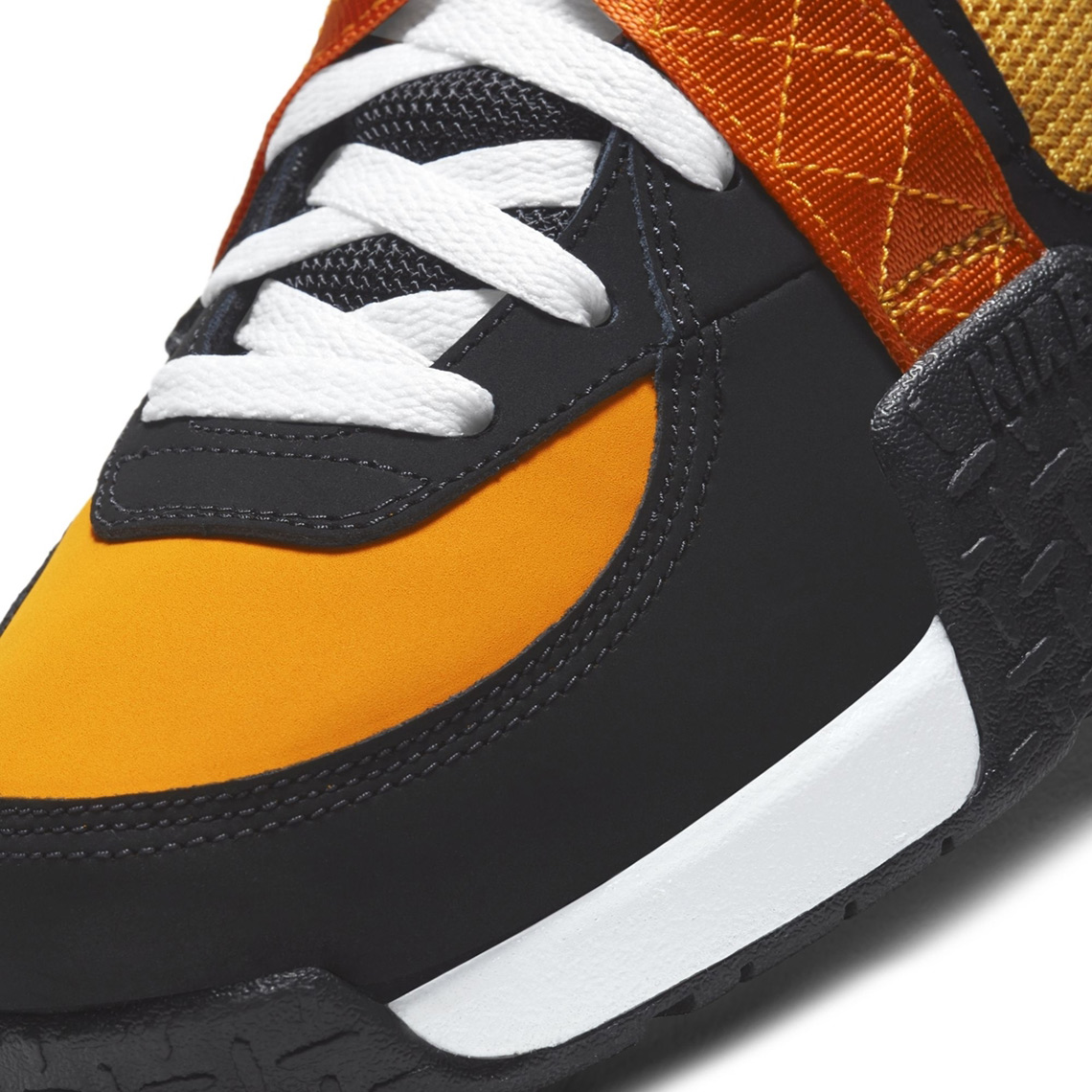 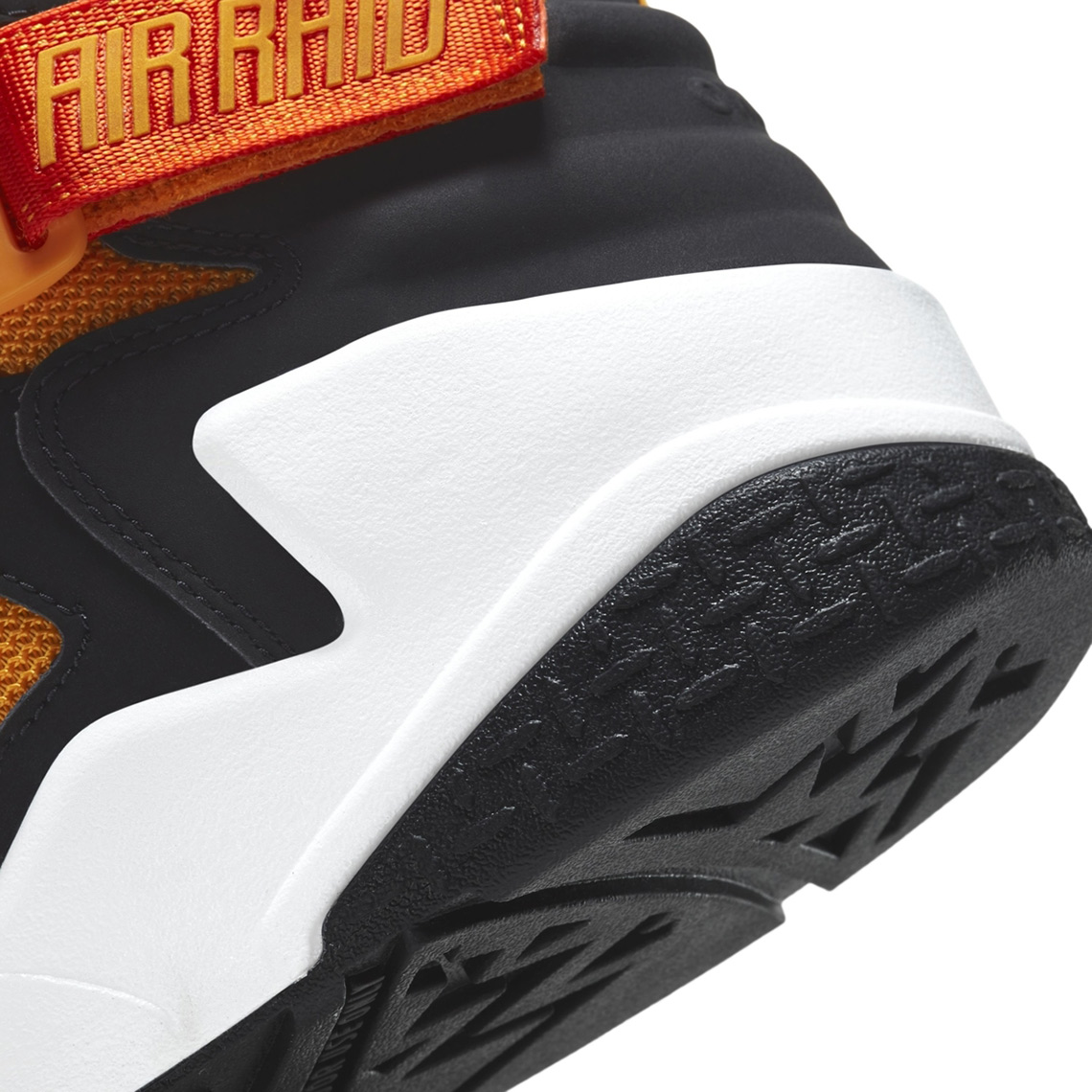 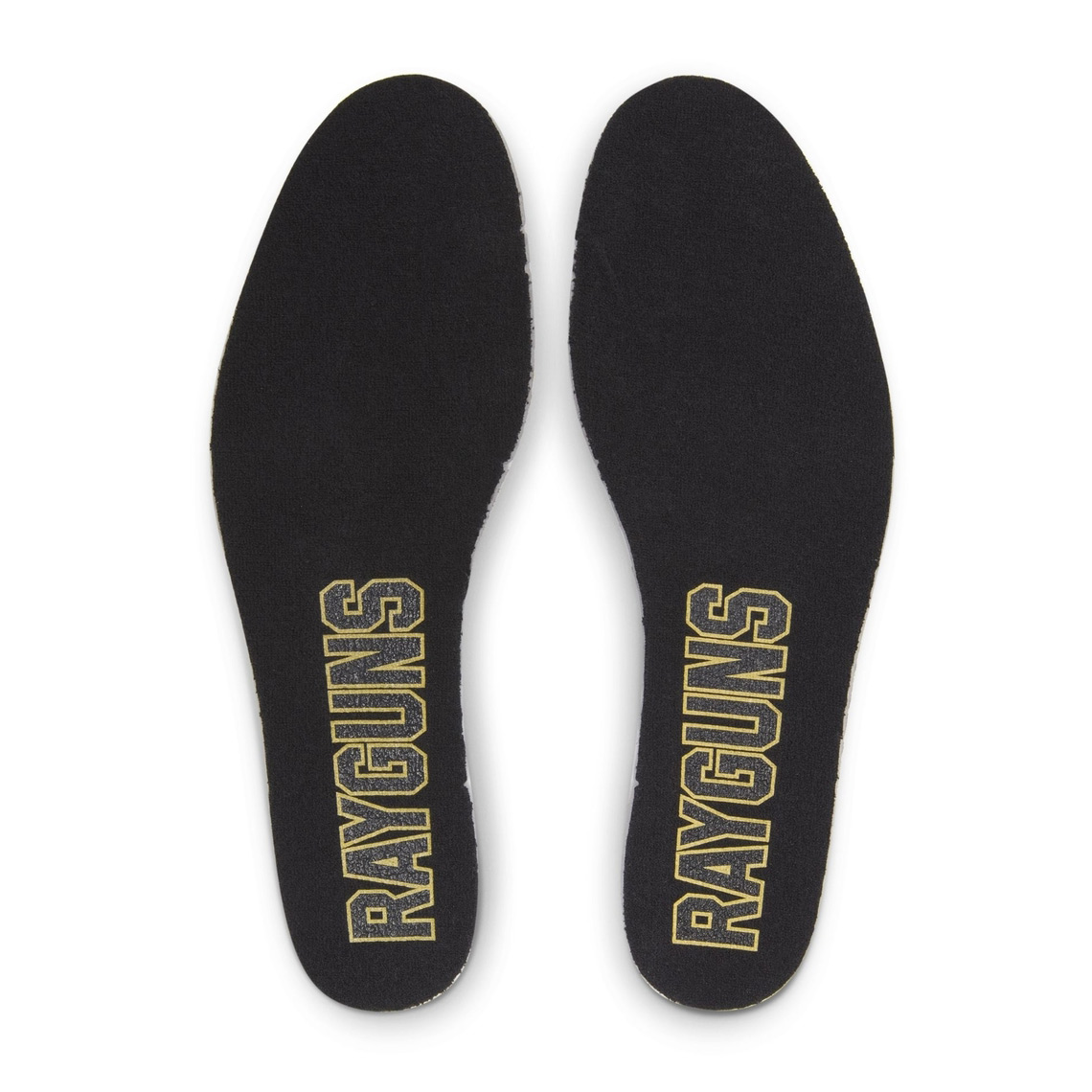