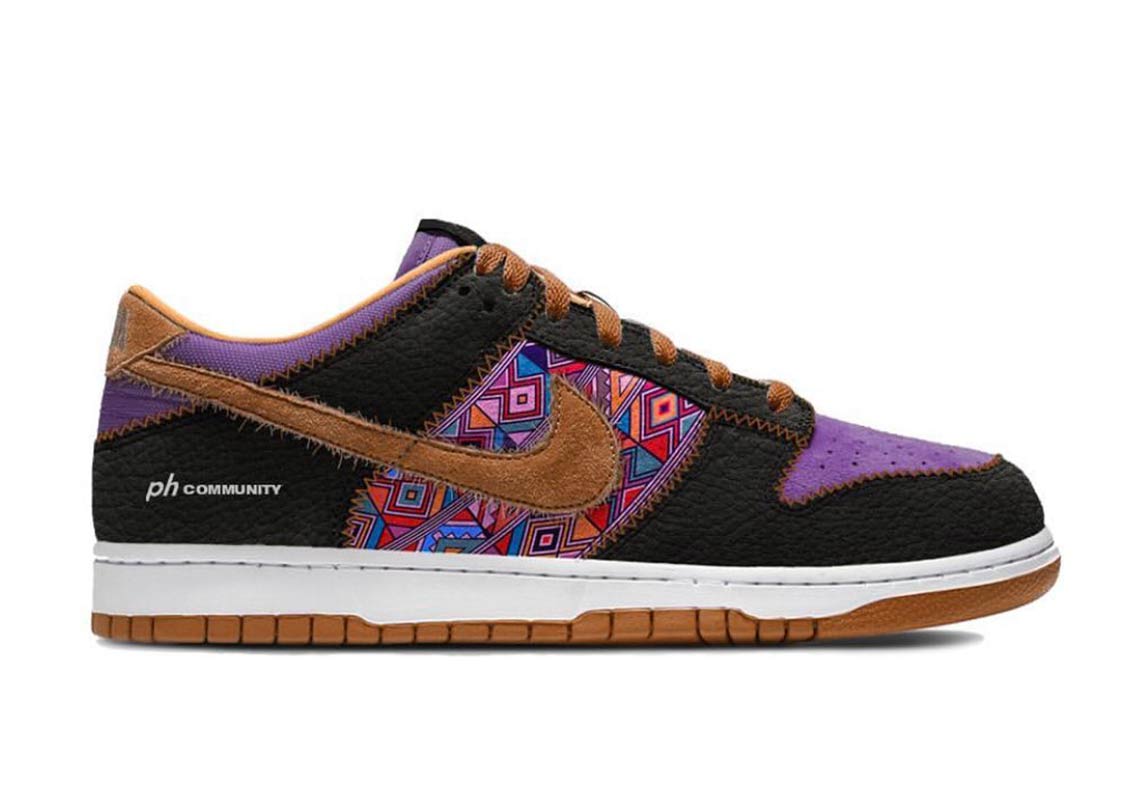 2021, as leaks and rumors attest, will be a big year for both the Dunk High and Dunk Low. While the former is to headline All-Star Weekend, the latter will be celebrating Black History Month with its own array of graphics and commemorative tweaks.

Mocked-up by @ph_community, the Dunk Low BHM is expected to feature a heritage pattern along its mid-panel. A vibrant tapestry of different motifs mark across in tones of red, blue, purple, and the like, stealing the eye away from the black tumbled leathers at the overlays and the complementing hits of suede and mesh at the toe box and collar, respectively. What’s more, the Swoosh will brandish in what looks to be faux fur, its brown-tinged coloring a direct match to the heel tab behind. The laces and tread follow suit, while the midsole sticks to its usual white shading.

For a speculative peek at the release, see above. Currently, it’s rumored to arrive in February of 2021.

In other news, Curry Brand was just officially announced.