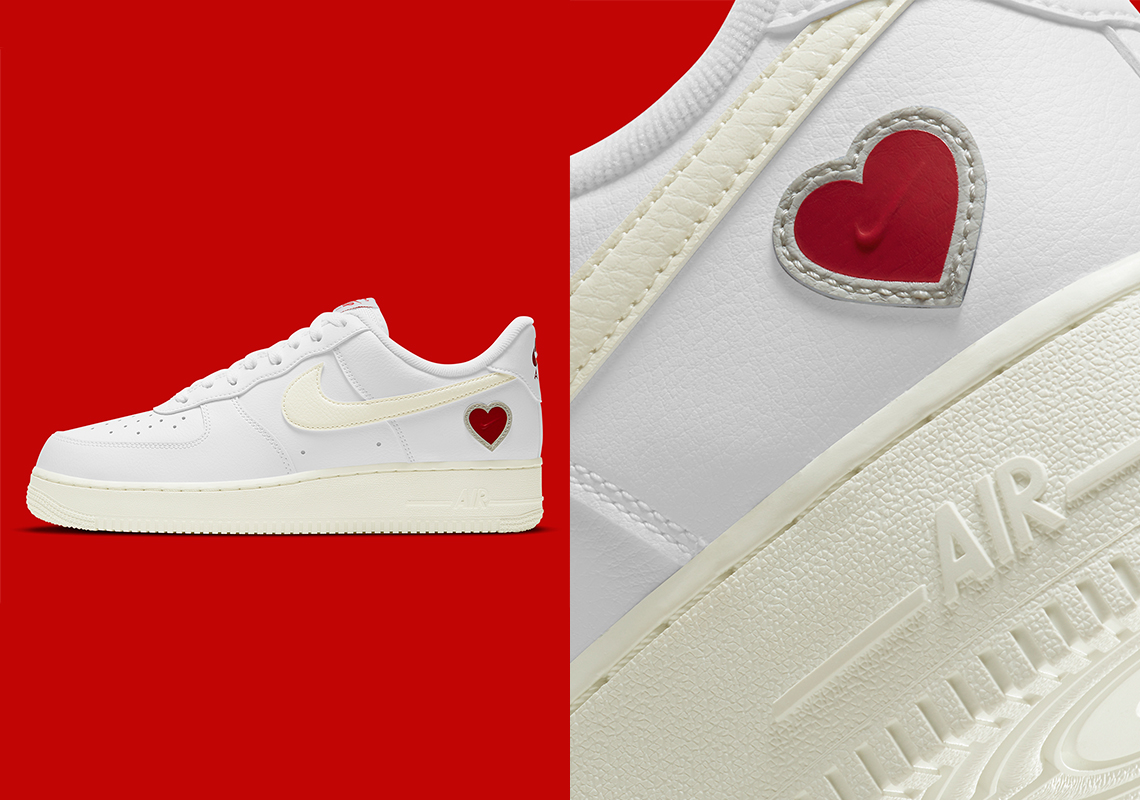 Valentine’s Day, though still months away, is best when prepared for in advance, and Nike alongside many others have done just that as they proffer early glimpses of their commemorative offerings. Alongside a bright red and pink Dunk Low, the Swoosh will be bringing the Air Force 1 into its plans, adding few though fitting touches to the model’s classic construction.

At the upper, not too much is different from GRs, the pair primarily making use of a bleached white leather. Below and at the check, however, “Sail” contrasts by a small margin, adding a warm touch to better set the mood. Elsewhere, the branding both at the tongue and heel as well as the tucked away insole hue bold, like the hearts with which the holiday is often associated; and to more overtly nod to such a motif, the silhouette brandishes with a heart-shaped patch complete with embossed logo hits.

Grab a first look at the AF1 “Valentine’s Day” here and expect a release to hit Nike.com likely in 2021.

In other news, Nike just revealed a Platinum Violet Daybreak.

UPDATE (02/04/2021):
This Valentine’s Day-ready Nike Air Force 1 is scheduled to arrive throughout Europe between February 5th and February 8th, mostly via raffle.

UPDATE (02/03/2021):
This Valentine’s Day-ready Nike Air Force 1 has been delayed, and is no longer arriving to Europe on February 4th.

UPDATE (02/01/2021):
The Europe store list has been updated ahead of its February 4th release. A US release date is still TBD. 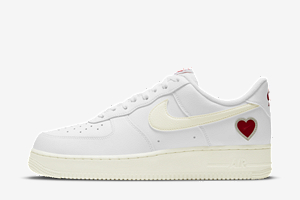 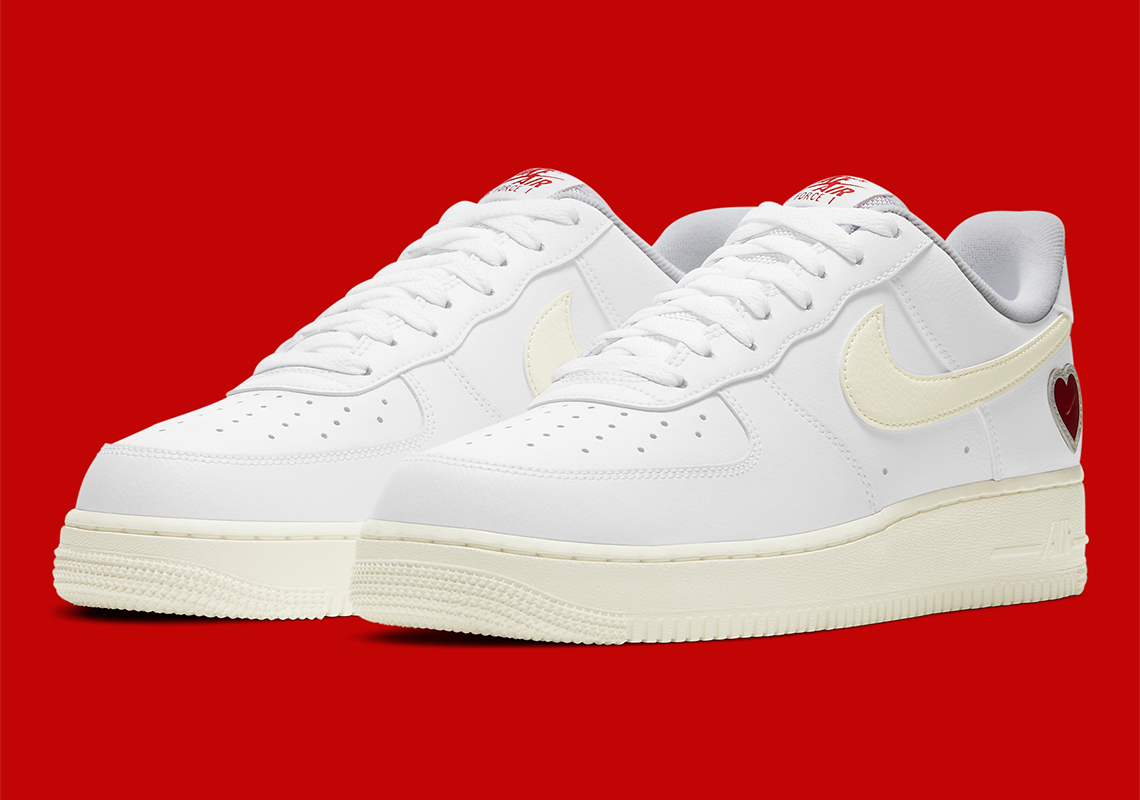 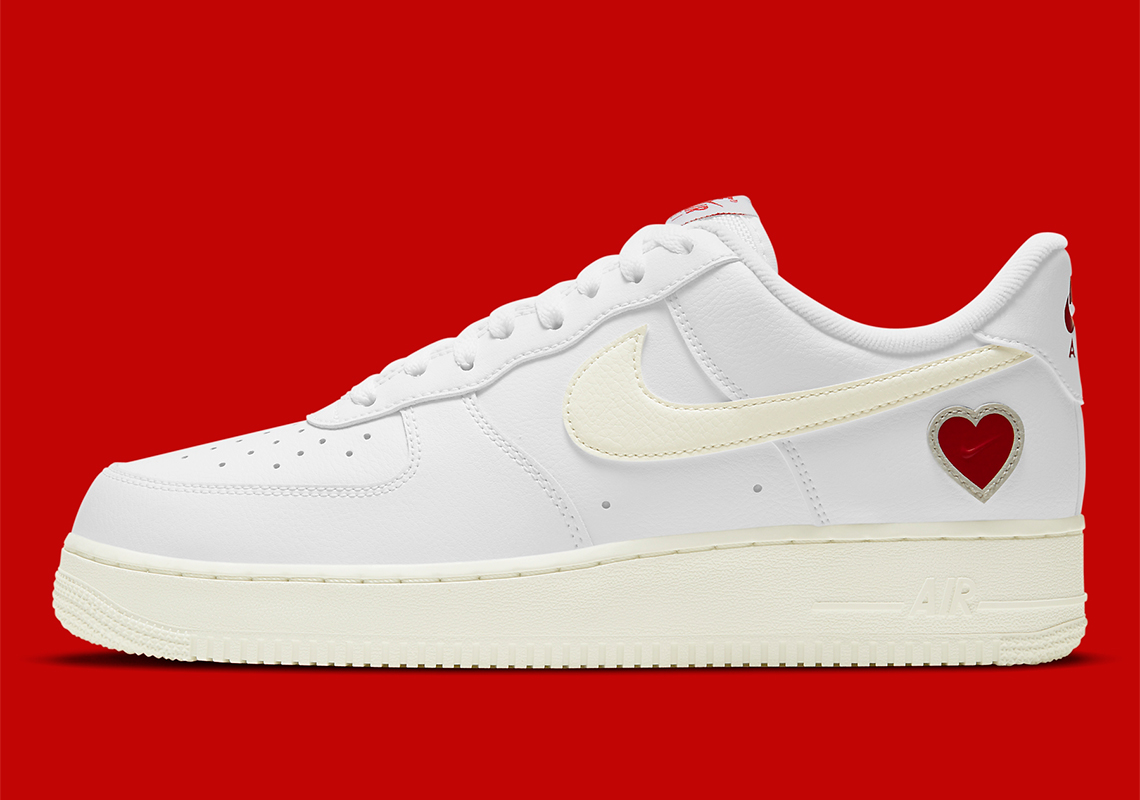 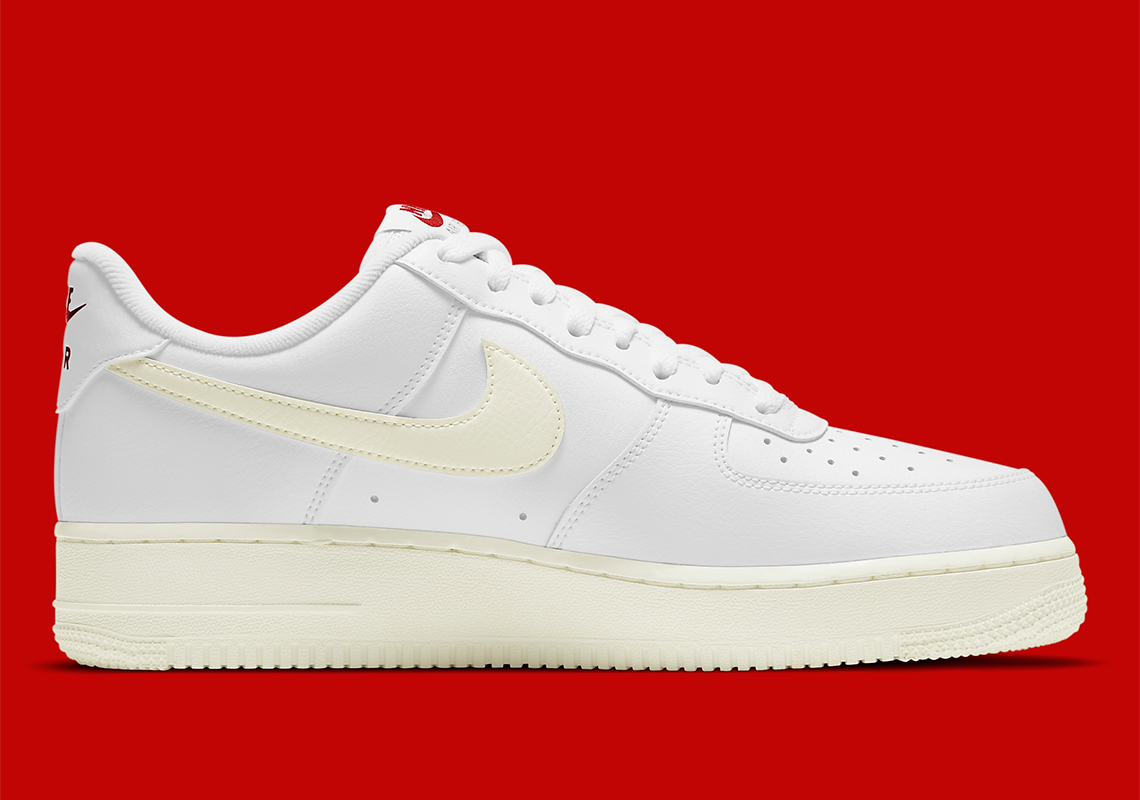 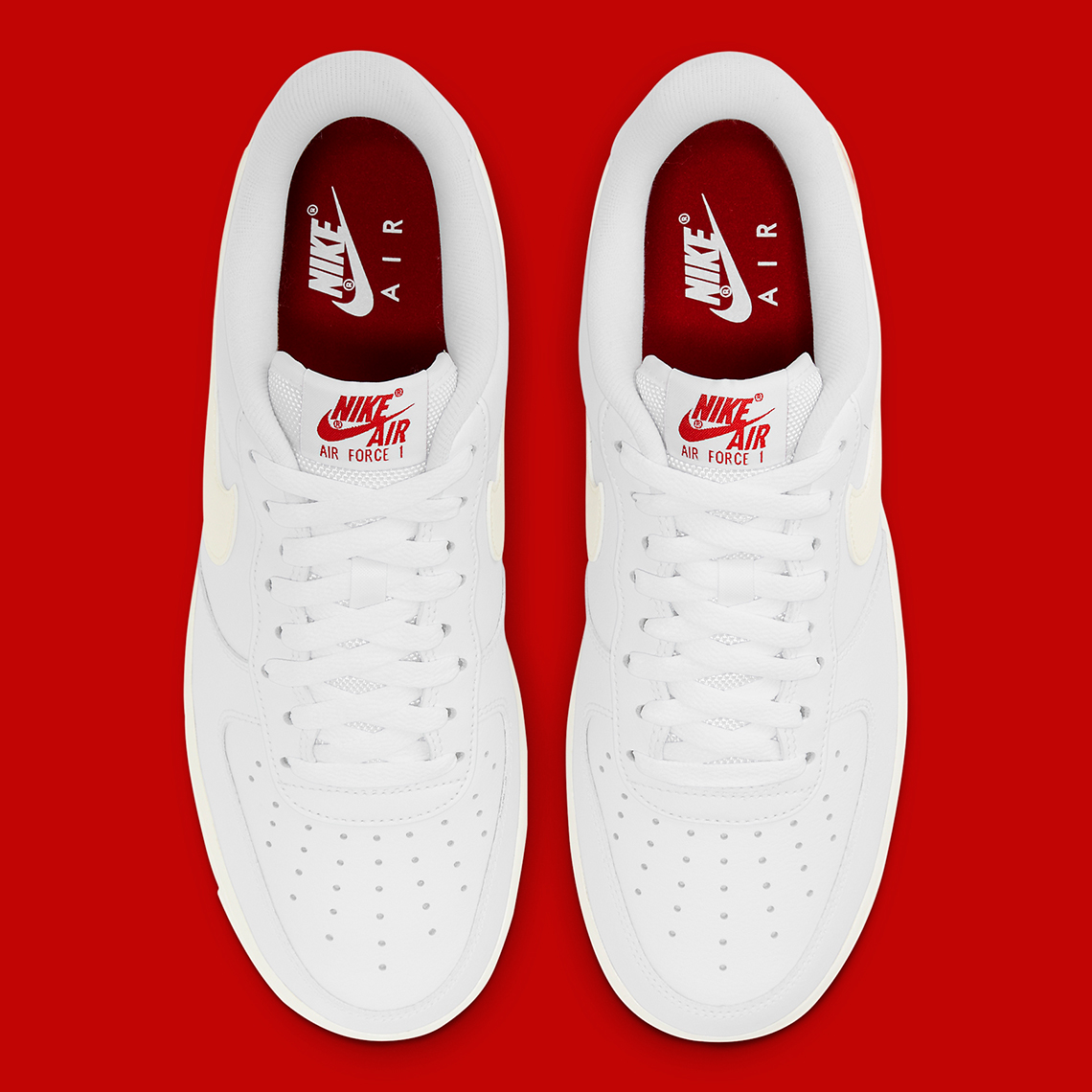 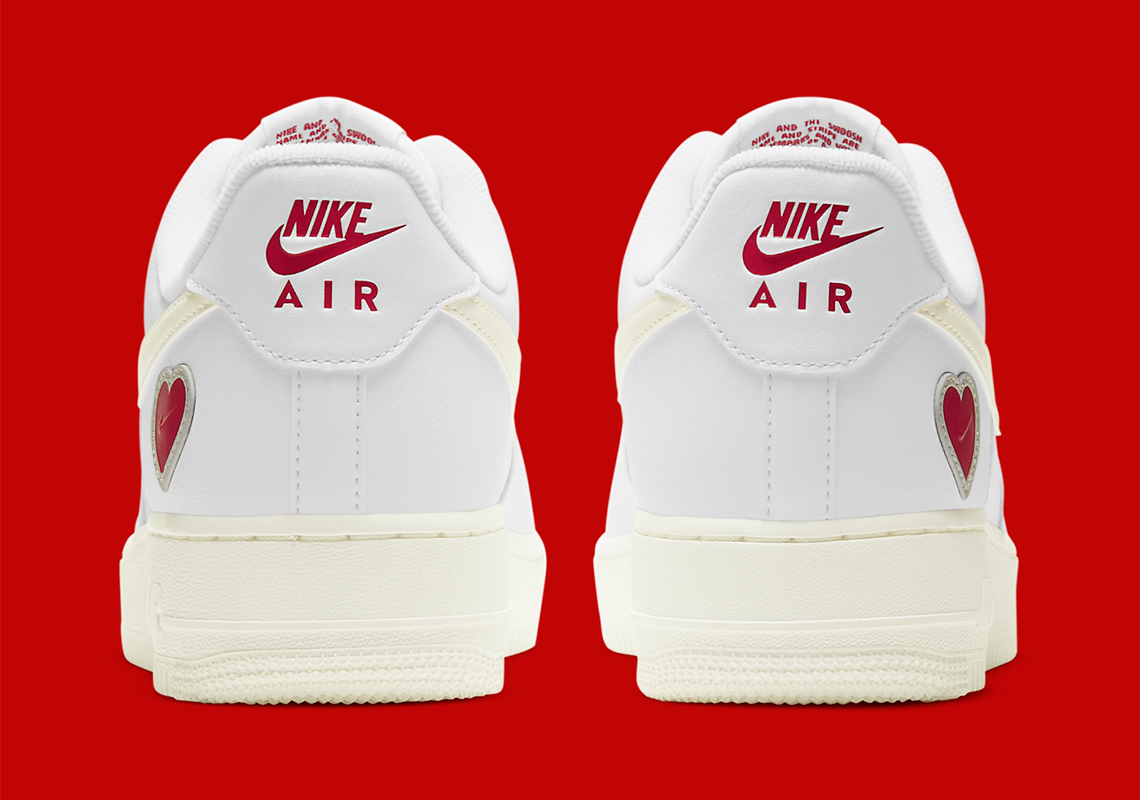 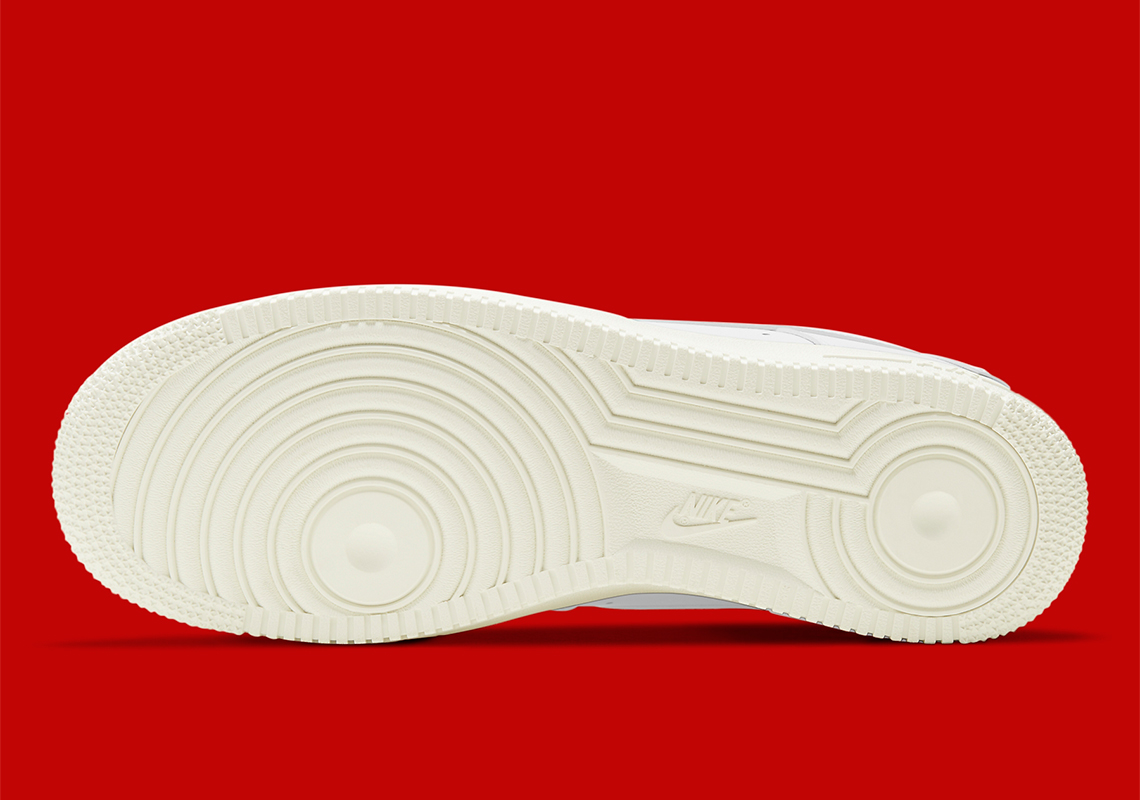 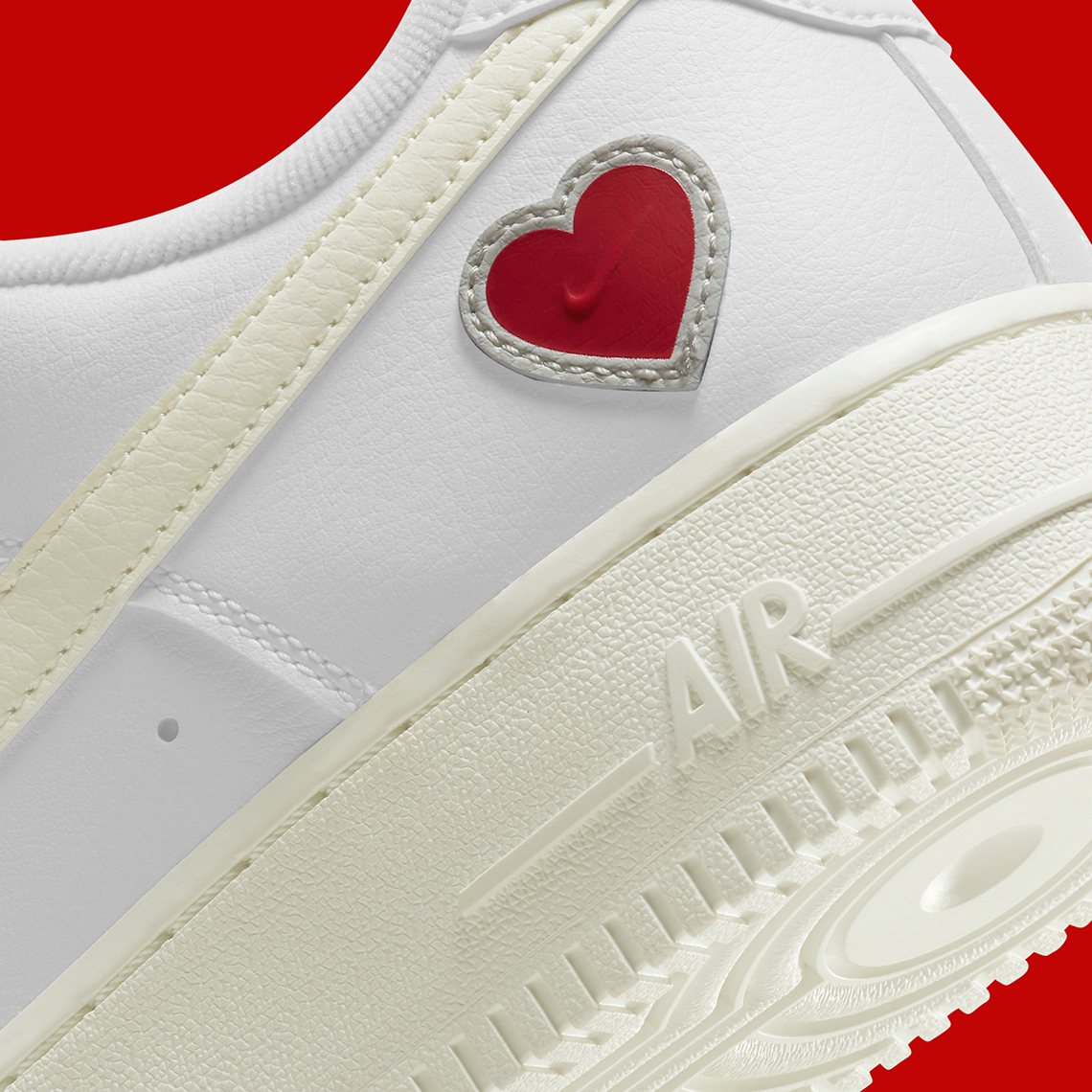 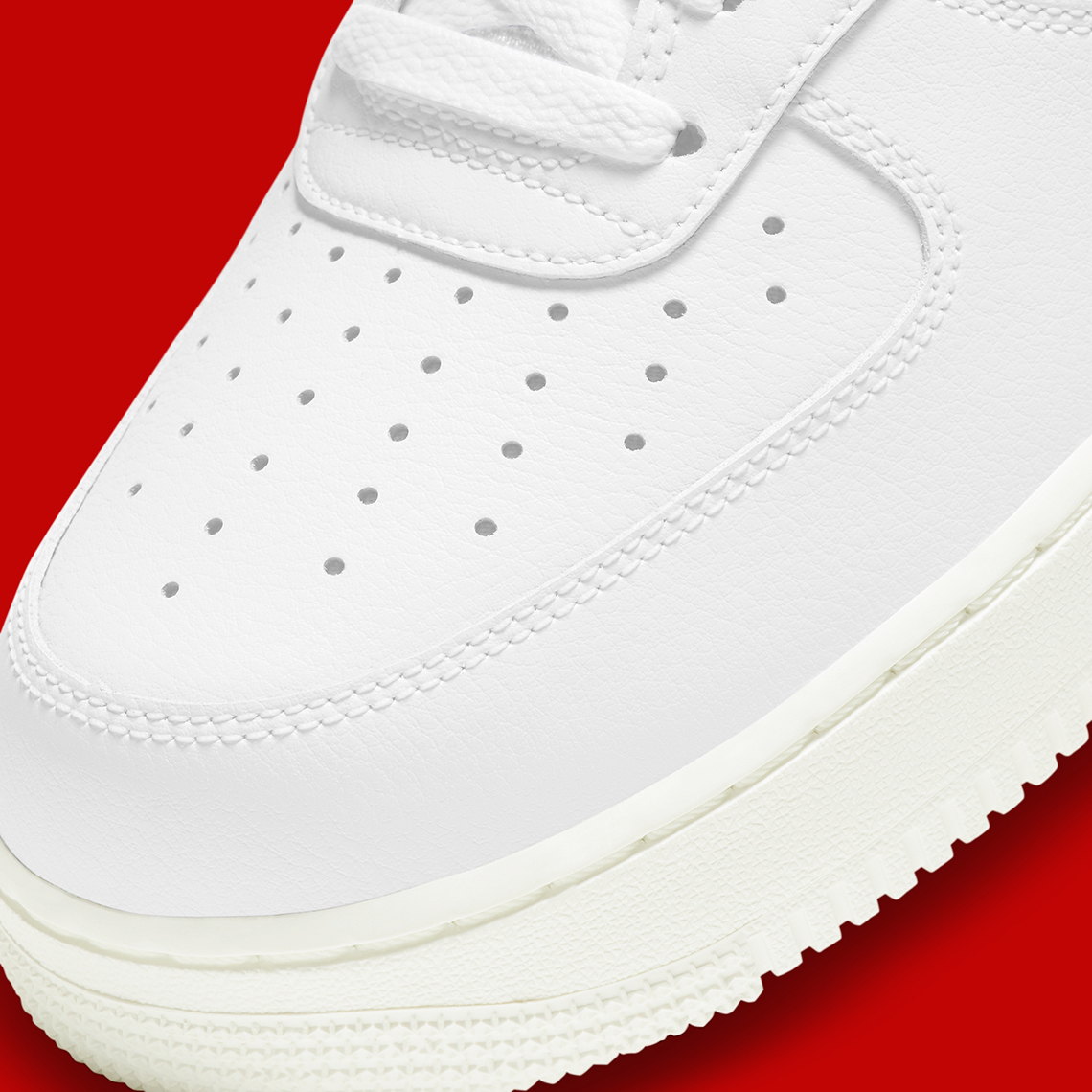