For twenty five years, the Air Jordan 11 has never waned in popularity. In fact, its place in sneaker and fashion culture has only swelled as years have gone by, holding a dominant grasp on the key holiday shopping month of December as the single most coveted sneaker, year in and year out. Over the last decade, Jordan Brand has expanded its Air Jordan 11 offerings beyond that month, but there’s no denying that the final month of the calendar year is all about this silhouette. And while there are new drops to look forward to, it’s always a good time to pick up past releases that you’ve either missed out on, or sorely need to refresh.
The best part about shopping for Air Jordan 11s on eBay is that there are so many different directions you can go in. If you like to stick to classics, there are original colorways that Jordan Brand has graciously brought back into the fold. If you’re loyal to MJ’s college years, that recognizable tint of UNC blue has made its way onto the AJ11 as well. And if you’re an enthusiast of NBA history, the famed 72-10 season from ’95-’96 has served as a focal point for some unique design concepts. These nine options just happened to be among the most epic Air Jordan 11s ever – and they’re all available to snatch up on eBay with their Authenticity Guarantee.

Credit Jordan Brand for not only making the concerted effort to recraft the original model, but to deliver it in three of the most breath-taking colorways in history.

There are few things in life that you “can’t go wrong” with. When it comes to sneakers, the Air Jordan 11 is among that select group of footwear that simply elevates the tastes of a sneakerhead, and the three original creations that were established by the Jordan team in 1995 continue to hold its ethereal nature. The “Bred” short for Black and Red, was famous for its continual presence during the famed 72-10 season, when MJ and the Bulls set an astounding regular season mark while dominating their way to an NBA title. The “Concord” holds its esteem as perhaps the most elegant basketball shoe in history (while also commemorating the shoe’s first-ever appearance on national TV. And the “Space Jam” is forever remembered as the bridge between hoops and pop culture. If you’re shopping for Air Jordan 11s, start here – and get them all on eBay with their Authenticity Guarantee.

Before amassing six rings in Chicago, Michael Jordan gathered his first piece of hardware with the North Carolina Tar Heels.

Prior to establishing a dynasty in red and black, the foundation of Michael Jordan’s legacy began in carolina blue. That signature hue served as a key storytelling tool throughout the Air Jordan legacy, and the Air Jordan 11 particular has never failed to remind just how significant the colorway truly is. In 2014, the “Gift Of Flight” saw the XI flooded in that Tar Heel tone, while the “Legend Blue” nodded to another original colorway from 1996. The “Win Like ’82” delivered a sharp pairing of blue, both carolina and navy, reminding sneaker fans of Jordan’s championship winning ways at the NCAA level. All three are available with Authenticity Guarantee on eBay.

Often looked back on as the benchmark of domination, the ’95-’96 campaign will forever live on in sports lore.

It’s hard to pick just one favorite season from Michael Jordan’s storied career, but it’s safe to say that the ’95-’96 campaign stands above the rest. In fact, that season is so regularly looked back on that it’s become the benchmark for dominance in the NBA. Jordan Brand understands the power of “72-10” as they flipped it into a remixed concept on the Air Jordan 11, replacing the signature patent leather mudguard and translucent sole for unique variations. The “Win Like ’96” saw the audacious red hue cover the silhouette for one of the most eye-catching AJ11s in history. And finally, we can’t discuss that season without making a nod to the Air Jordan 11 IE Low, a lifestyle-driven silhouette the MJ frequented that season as well. All three options are up for the taking on eBay with full security from its new Authenticity Guarantee. 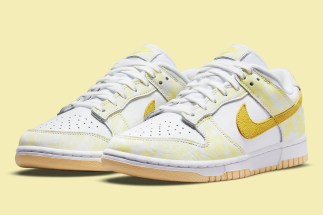