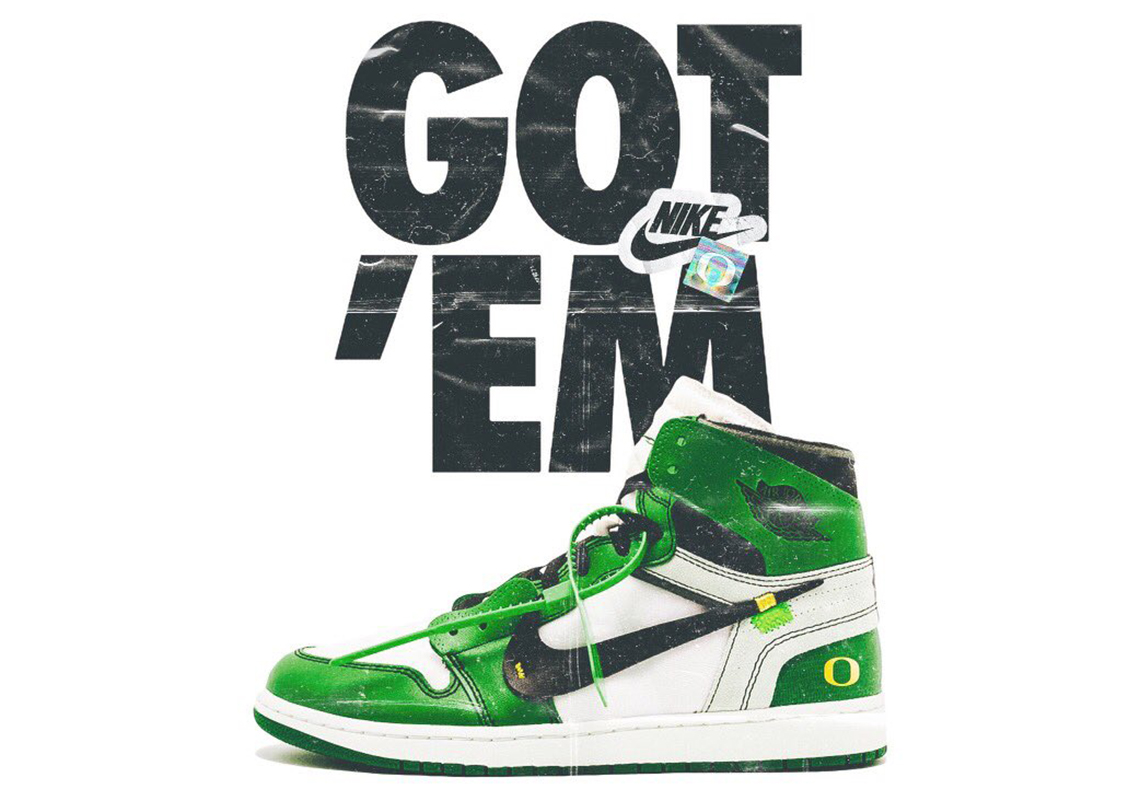 In recent years, college sports have garnered attention for much more than the usual feats of athleticism. For the roster of Jordan Brand sponsored schools, alluring PEs have become the norm, each painfully limited and sought after by collectors, prideful students, and most of the sneakerhead audience. The Oregon Ducks, for example, has had their own share of standouts in the past, but upon 2020’s signing day, the university’s Equipment Staff only had one sneaker-related image to share: an Off-White x Air Jordan 1 design hued in the team’s signature colors.

Posed in front of the “GOT ‘EM” text seldom seem, the pair is very likely a mock-up — Nike themselves mostly confirming that. But, as this reveal came by way of official accounts, it could hint at something big to come, either a non-collaborative version dressed all the same or possibly a custom they have prepared for their new band of athletes.

For now, all we can do is imagine these are on the way. If further teases, leaked imagery, or confirmation were to arise, though, expect to find out all about it right here.

For something that is assuredly on the way, take an peek at the returning Nike Kobe 6 Protro Grinch.