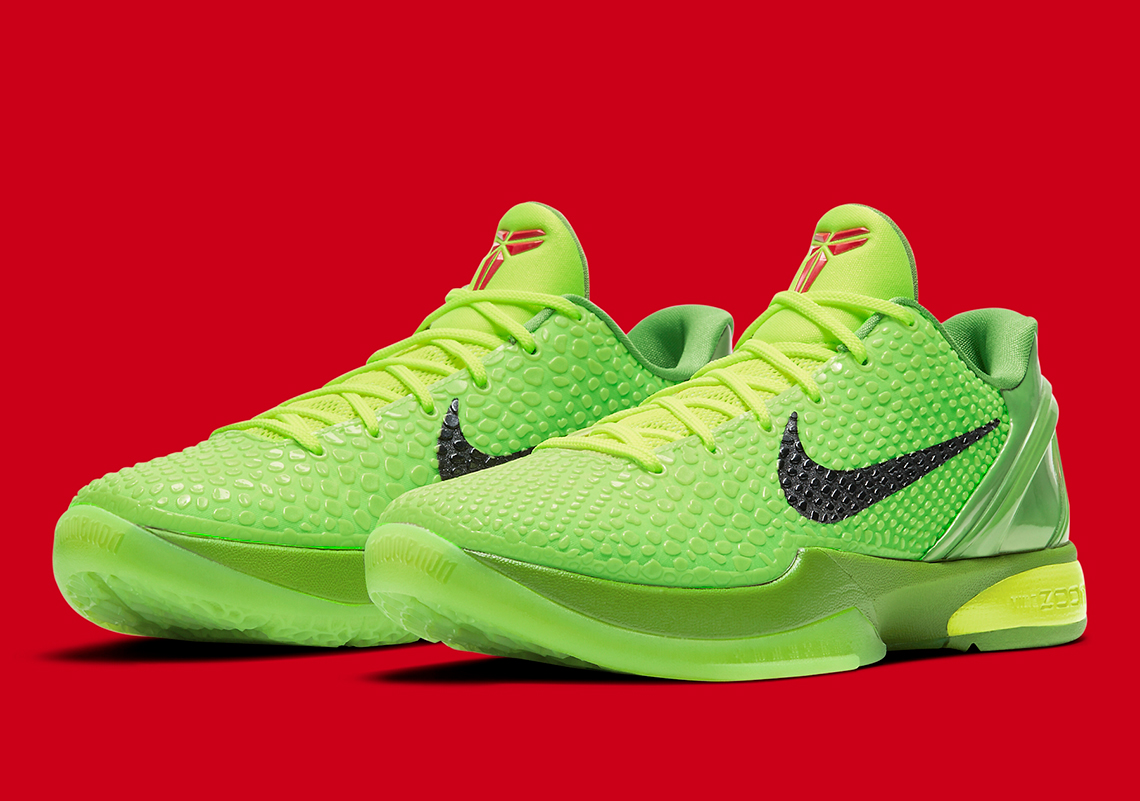 Nike Is Officially Bringing Back The Kobe 6 Protro “Grinch”

With the arrival of the Nike Kobe 6 Protro, we’re to see retros of longtime favorites. And while there’s quite a couple to look forward to, few are as exciting as the returning “Grinch,” an elusive colorway that some shops are now calling “The Gift” for its Christmas Eve release. The “Grinch” moniker wasn’t entirely intended by Nike either; the shoes were originally inspired by the green mamba snake, but it was quickly knighted by sneakerheads for its resemblance to the holiday antagonist.

Fitting considering the season, the nickname possibly references the Christmas Day game back in 2010 in which the Black Mamba himself gifted pairs to many a courtside VIP. And now, near a decade thereafter, the entire public is on the receiving end as the reproduction is set to mirror the original as close as possible. Across the forefoot, the reptilian scales hue a bright green, matching that of the tooling as well as the supported counter. Black swooshes print along the profile, placed parallel to a lace unit furnished with a bright red Kobe logo.

Grab an official look at these right here and expect a release to arrive on December 24th at price tag of $180 USD.

In other news, the Air Jordan 6 Carmine was scheduled for its return as well. 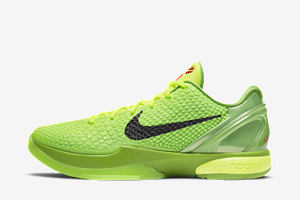 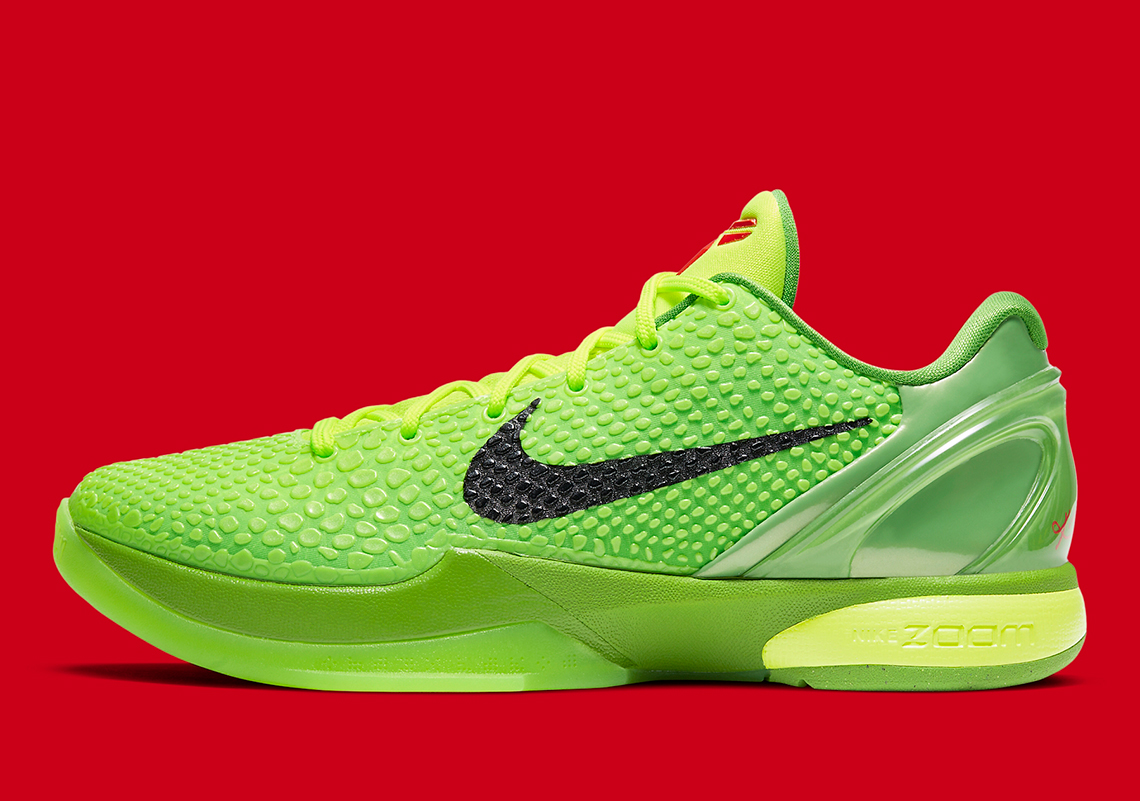 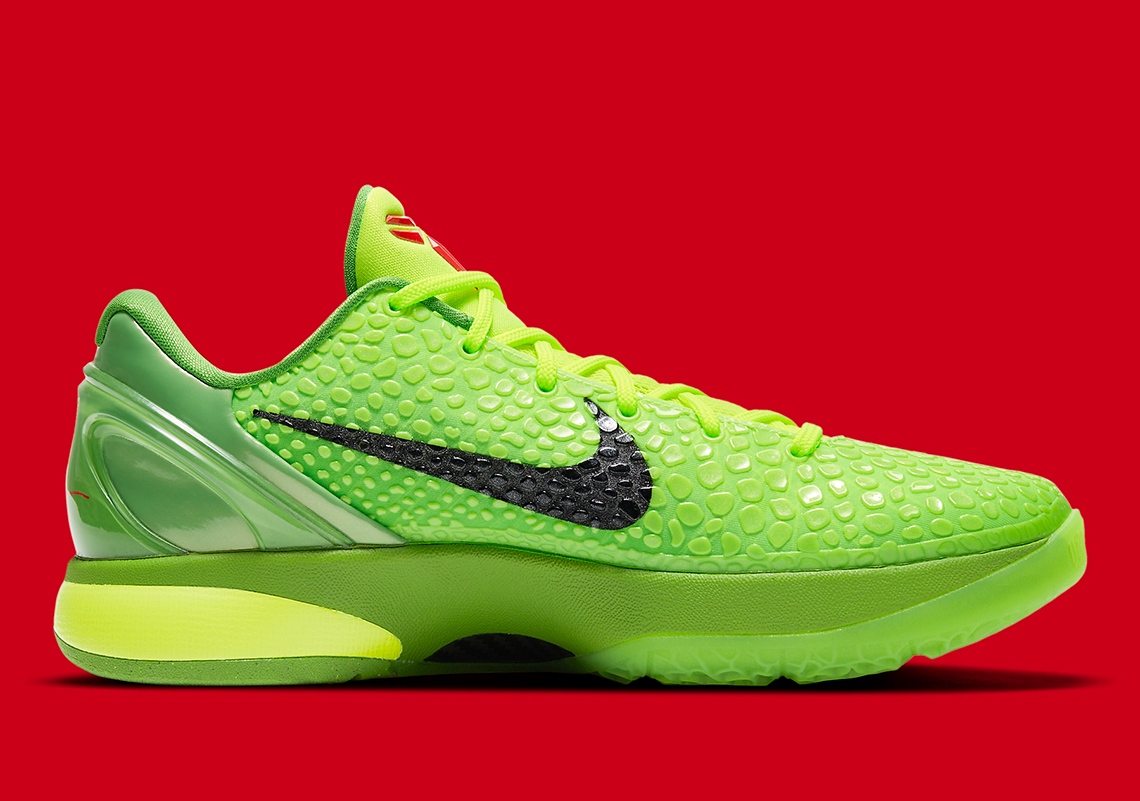 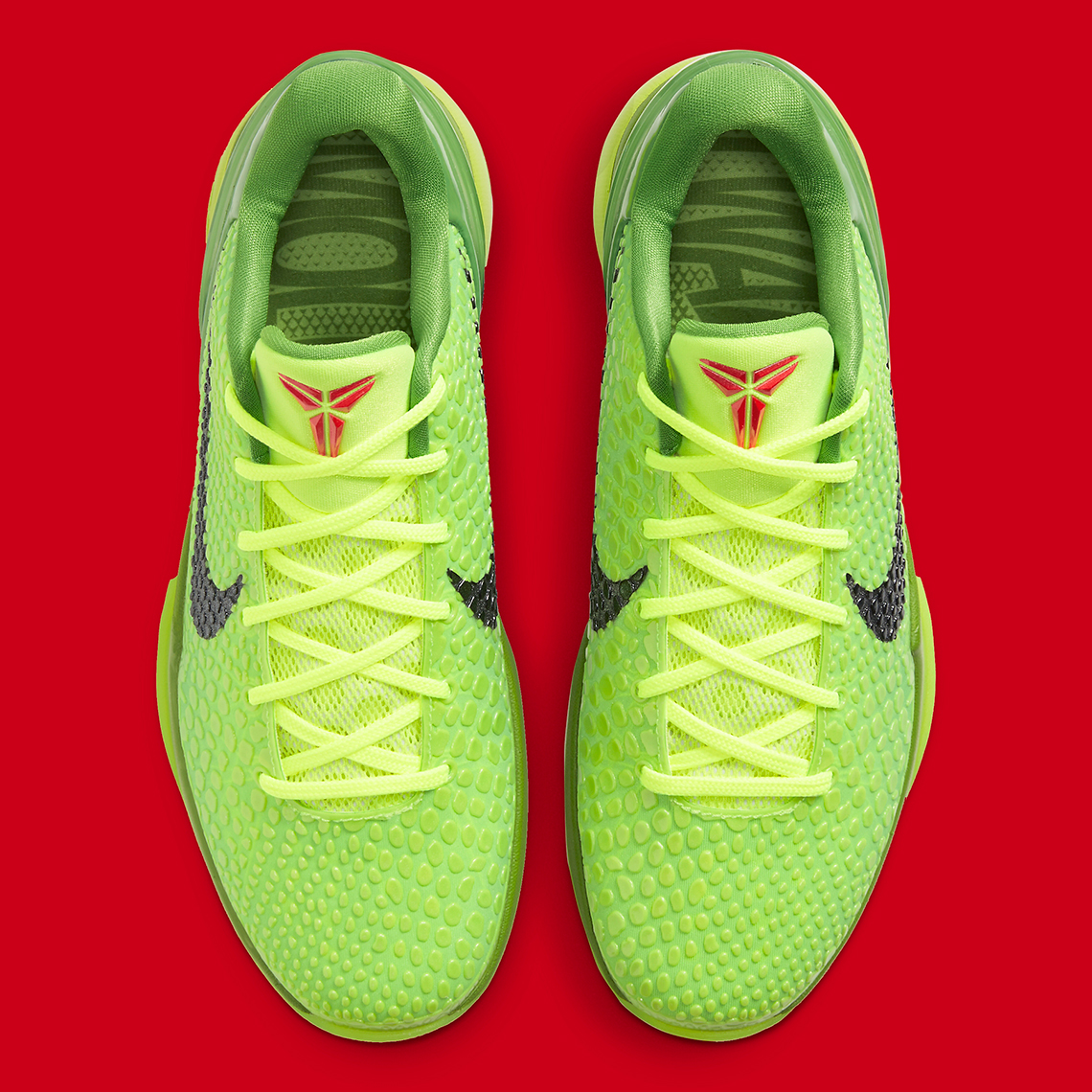 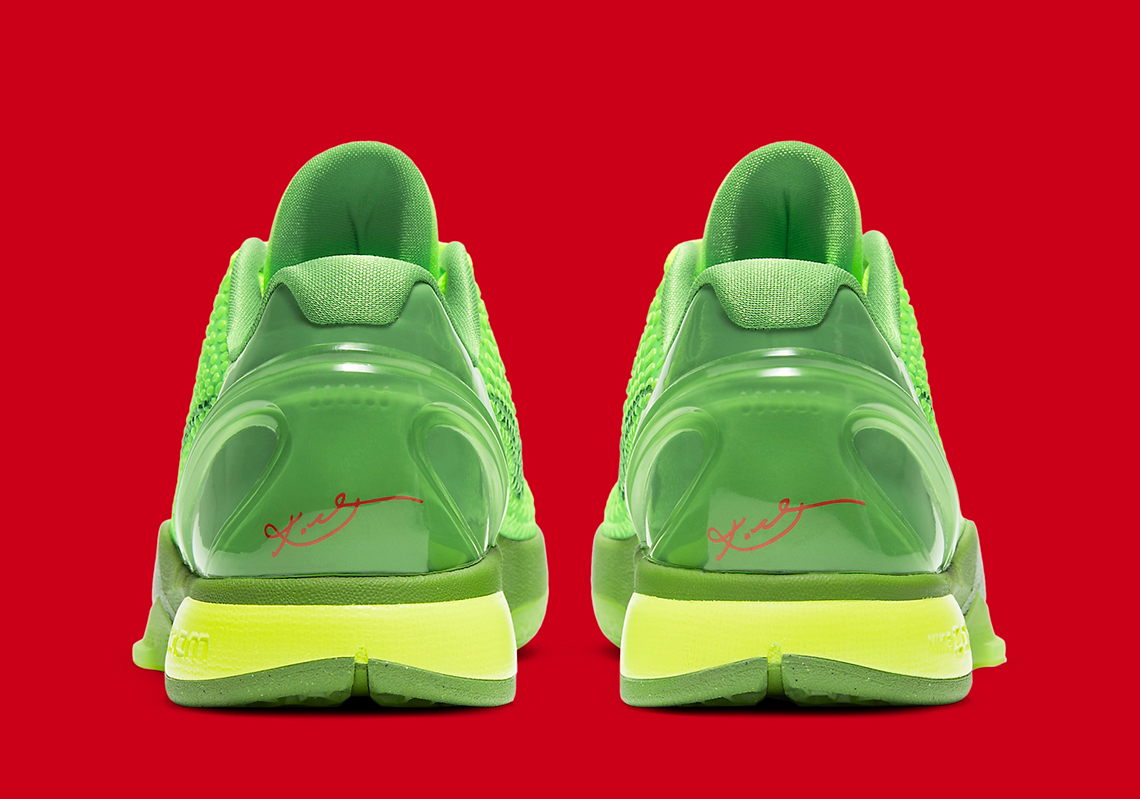 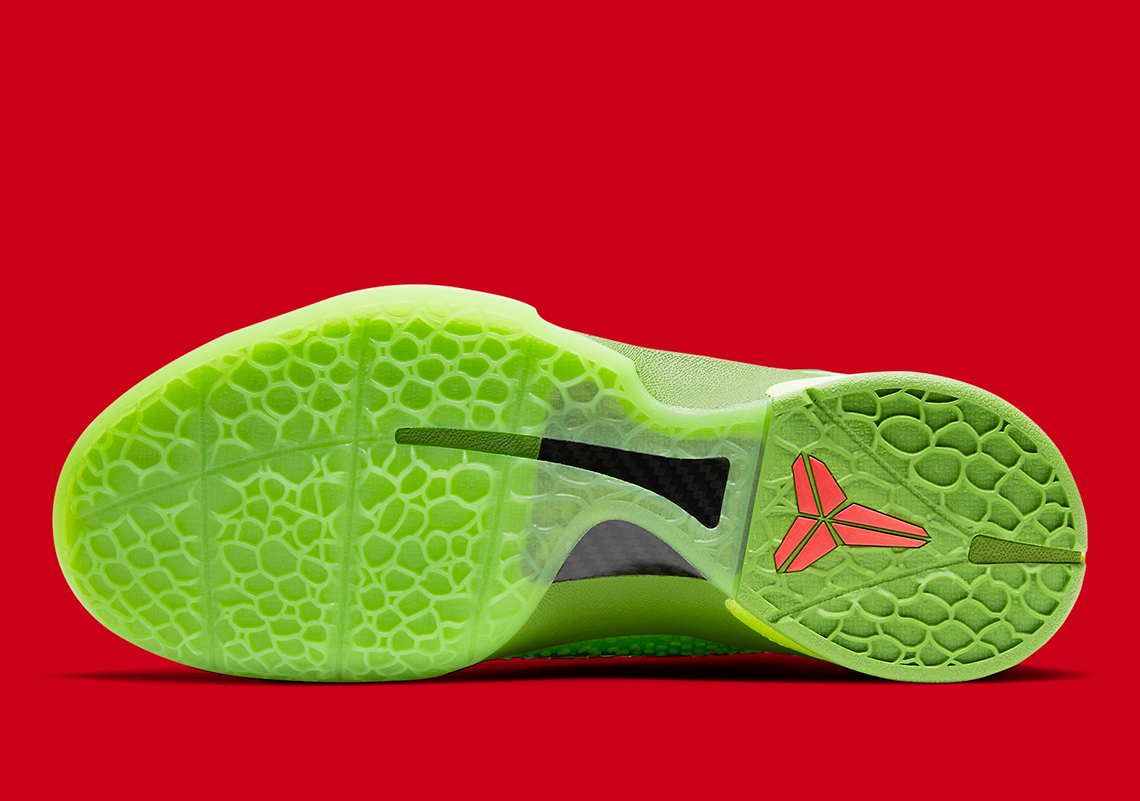 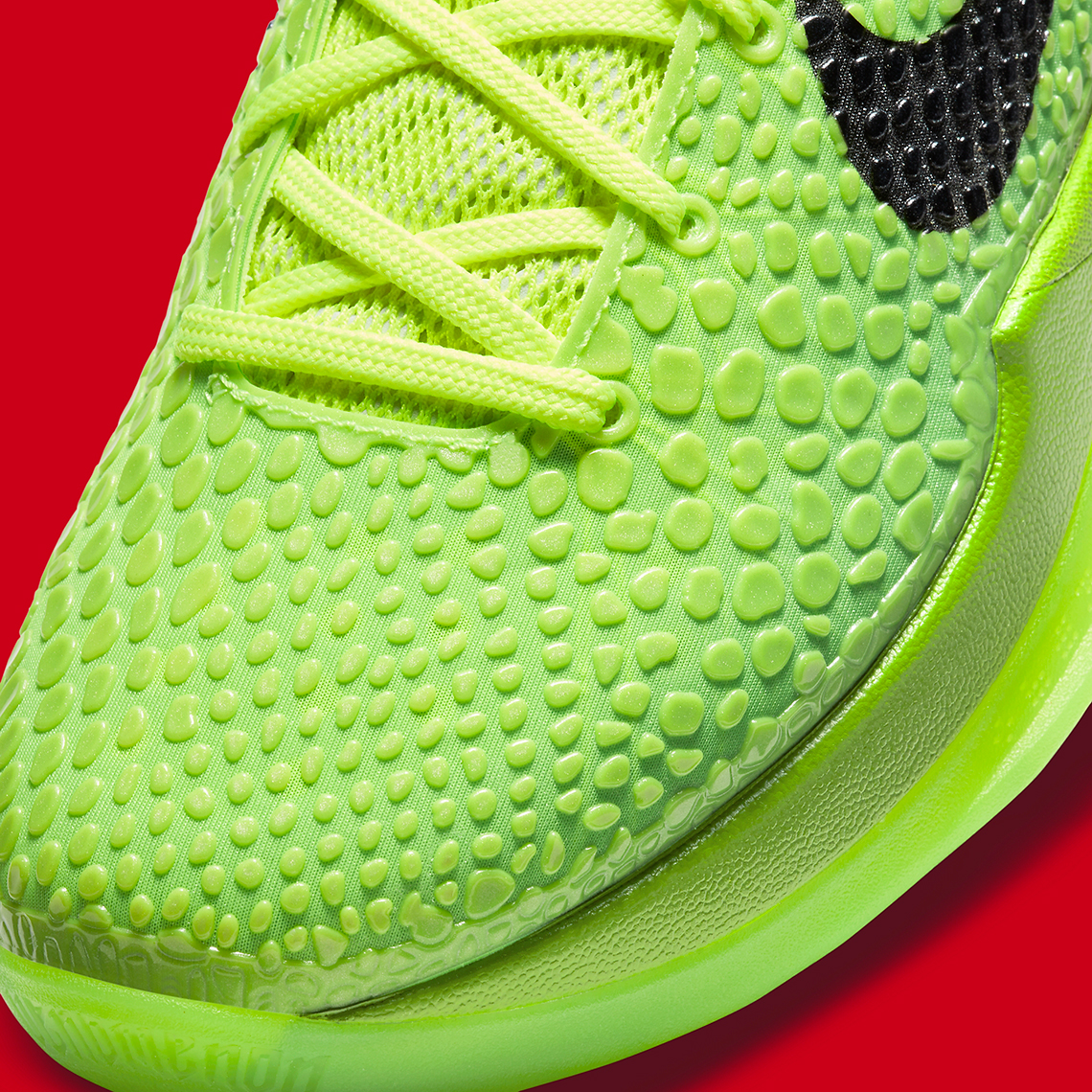 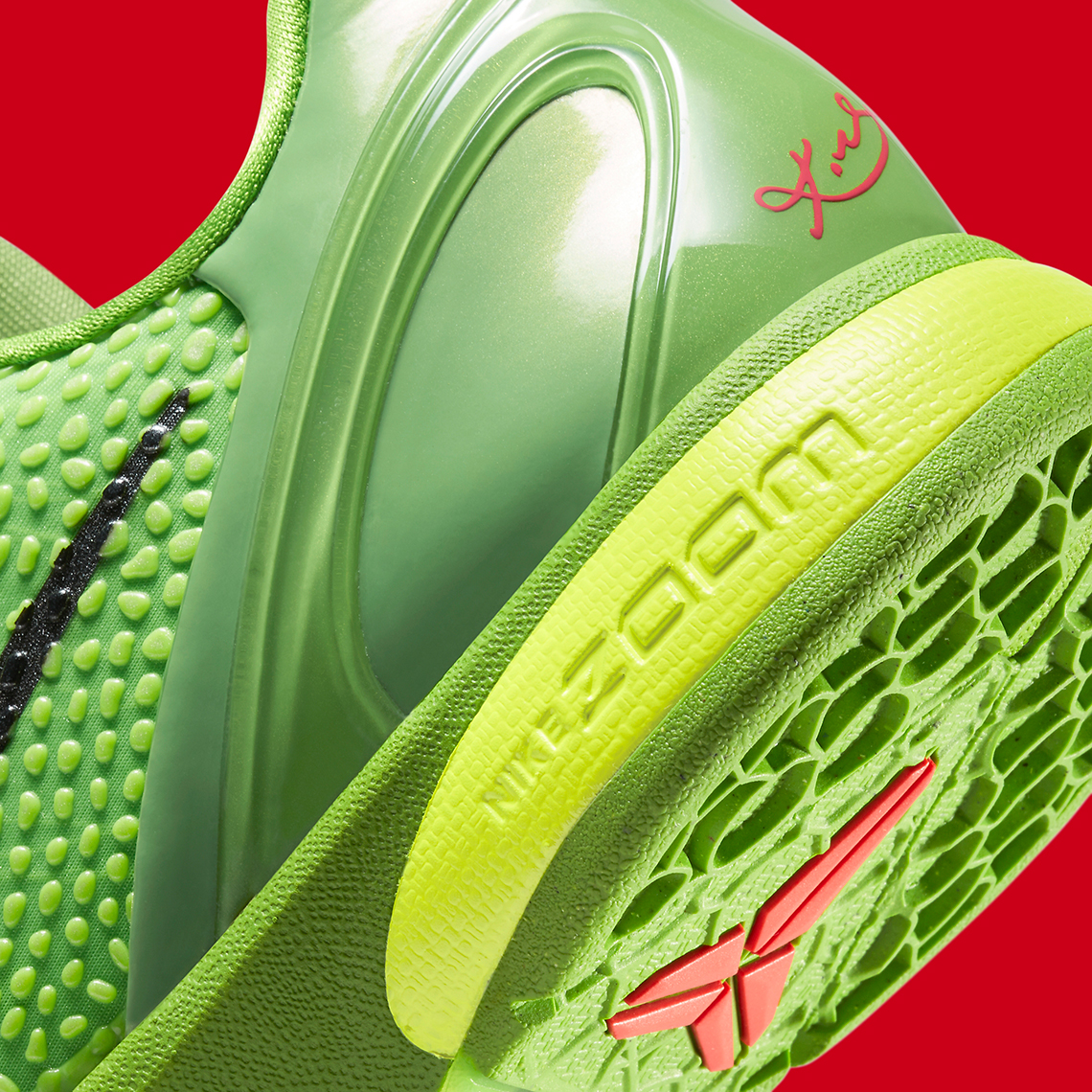