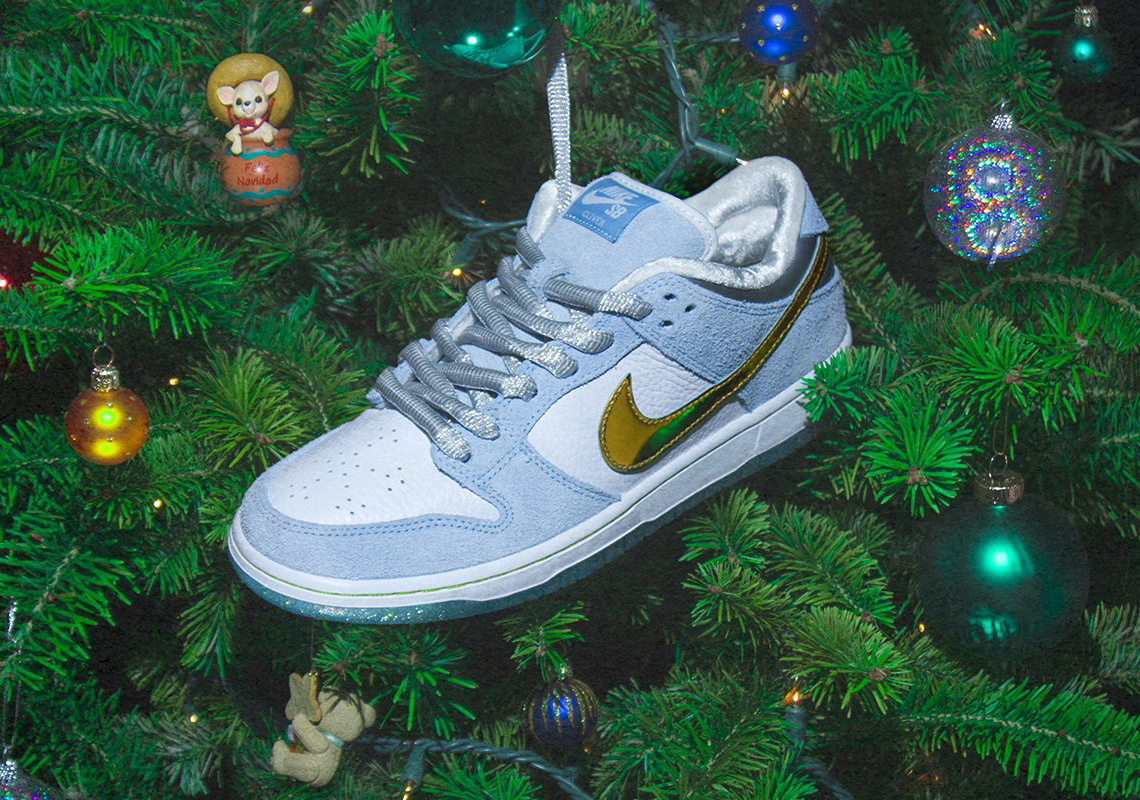 As true in sneakers as it is anything, history tends to repeat itself. And soon, we’re to see that further proved with Sean Cliver’s upcoming winter-themed masterpiece: The Nike SB Dunk Low “Holiday Special.”

Like the StrangeLove Dunks before it and the Krampus Dunk Highs before that, the “Holiday Special” is an assured sell-out as it bears the artist’s unique artistic expression all the same. Clear in its namesake, the colorway is an ode to the Christmas season, its suede overlays tinged in a blue similar to that of ice. Underneath, a snow white stretches across in leather, setting the foundation for the aforementioned as well as the ornamental metallic gold Swoosh. Below, gilded threads and speckles continue the lavish themes at the stitch and tread, respectively, while the branding, laces, and tongue above prefer to complement the cool tones found elsewhere. Then, at the insole, prints depictive of a snow-laden day and Santa’s elf-filled workshop round off the collaboration.

Grab a detailed look at these here and expect to see them on SNKRS this Saturday, December 19th. Skate shops, on the other hand, have their raffles set to end on Friday, December 18th

In other news, the Air Jordan 13 Hyper Royal will also be releasing this weekend.

Updated April 27th, 2021: Nike SNKRS is releasing the Holiday Special Dunks as part of the SNKRS “Second Chance”. Check here to see if you have access! 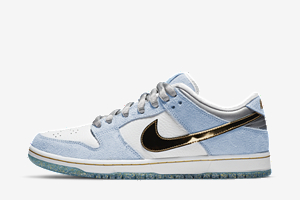 Where to Buy (Raffles – US)

Where to Buy (Raffles – INTL) 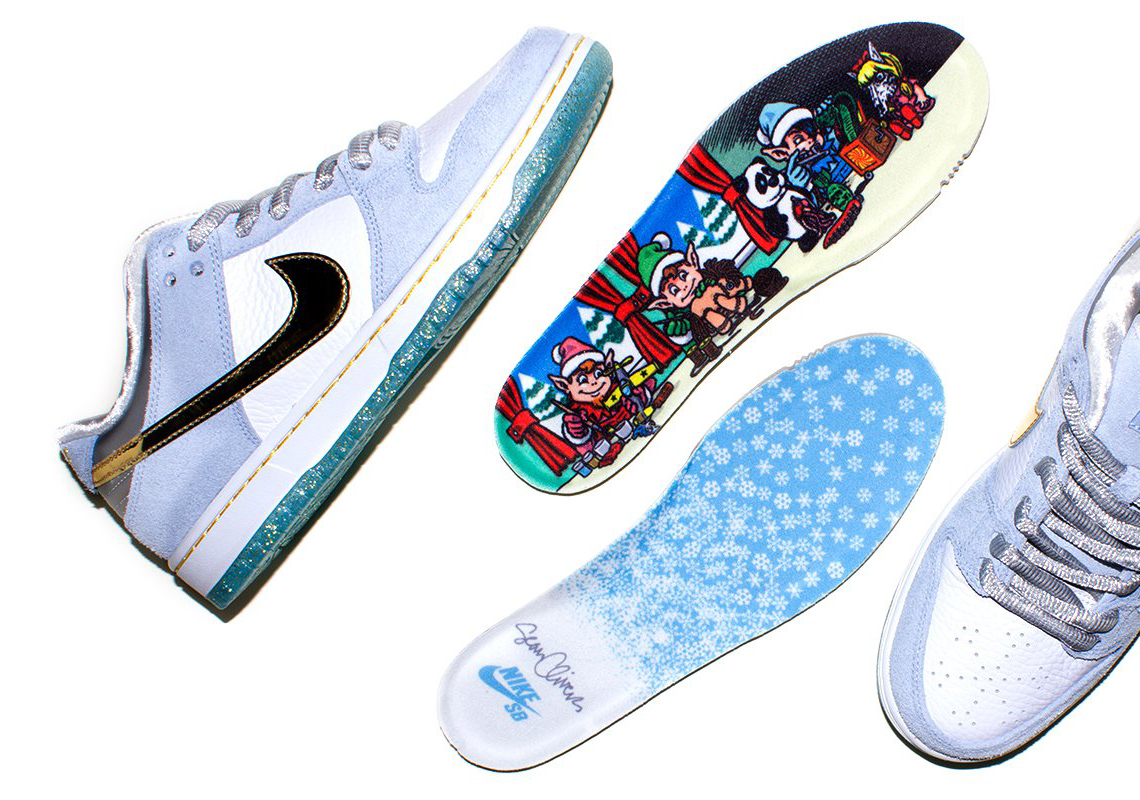 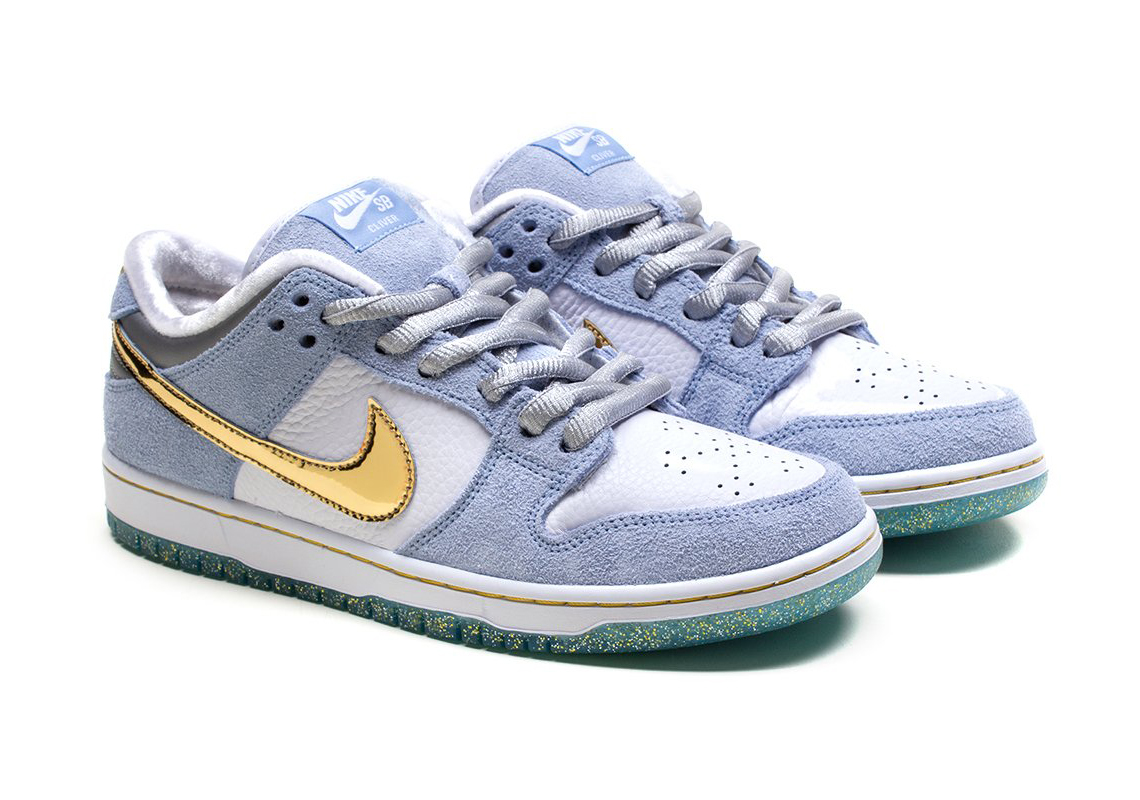 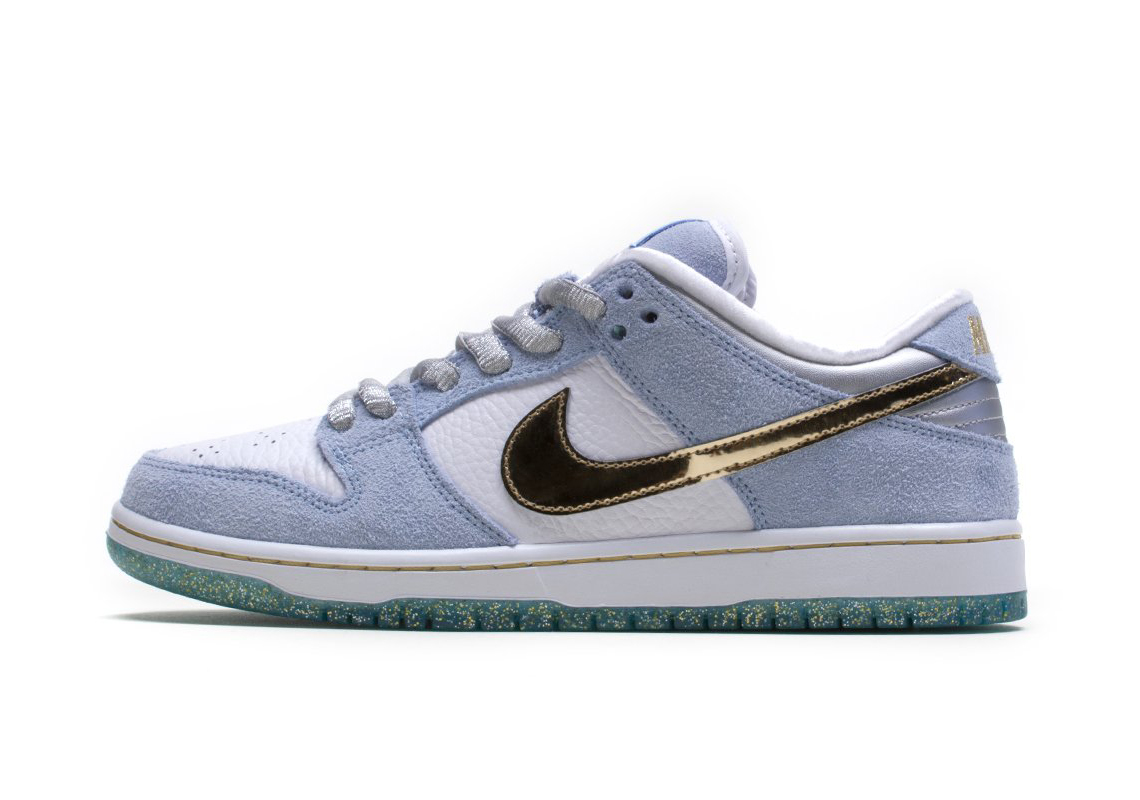