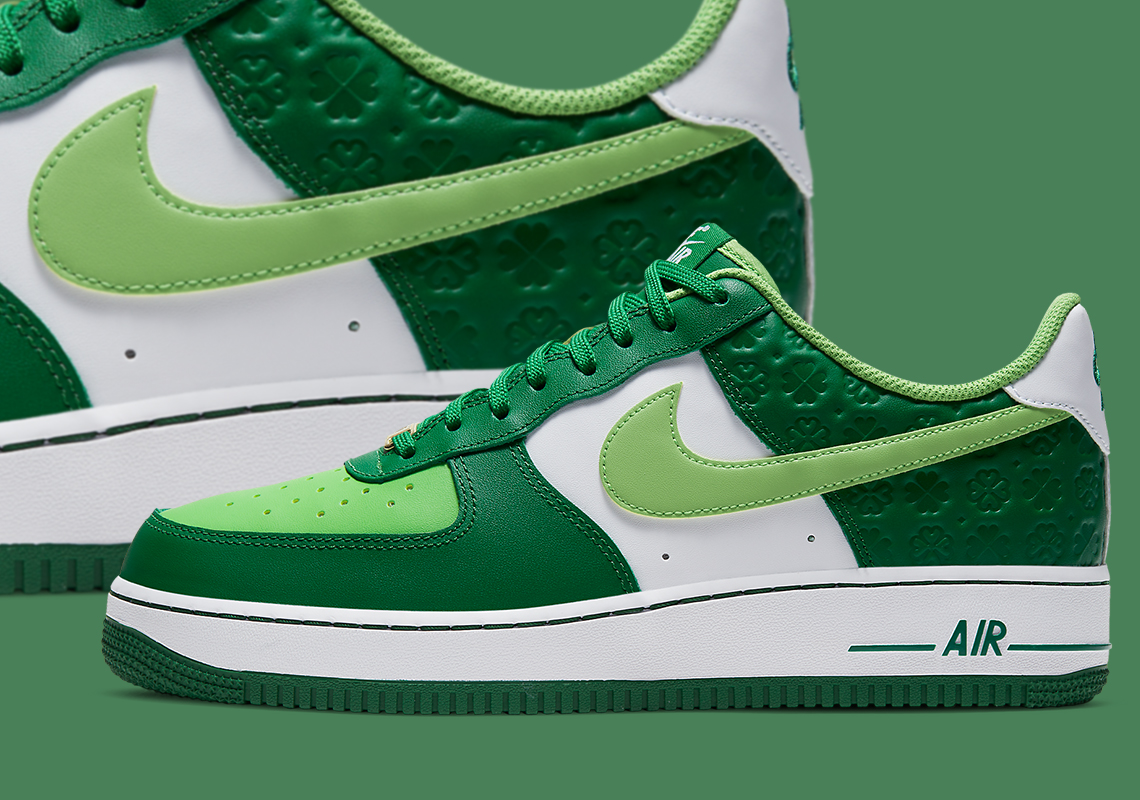 Whether for Chinese New Year or Valentine’s Day, the Nike Air Force 1 has played at least some part in the celebration of every major holiday. And come March, the silhouette will also be dressing up in green to avoid getting pinched on St. Patrick’s Day.

Similar to the St. Patrick’s Air Max 90 revealed about a half-hour ago, the AF1 dons a scheme replete of green shades. Though balanced out by neutral-tinged mid-panels, heel tabs, and midsoles, the pair’s themes come at greater strengths. Most notably, the eye stays, forefoot, and heel overlay in tonal complement to the four leaf clover, a lucky charm that makes multiple debossed appearances along the construction’s back half. What’s more, a light, lime green variation is used adjacent, differentiating the palette somewhat as it crosses the Swoosh, lining, and toe.

If you still need to add some green to your wardrobe, these might be a worthy addition. Expect to see them at Nike.com and possibly select retailers this March.

In other news, you can also expect to see the Air Force 1 Sashiko soon. 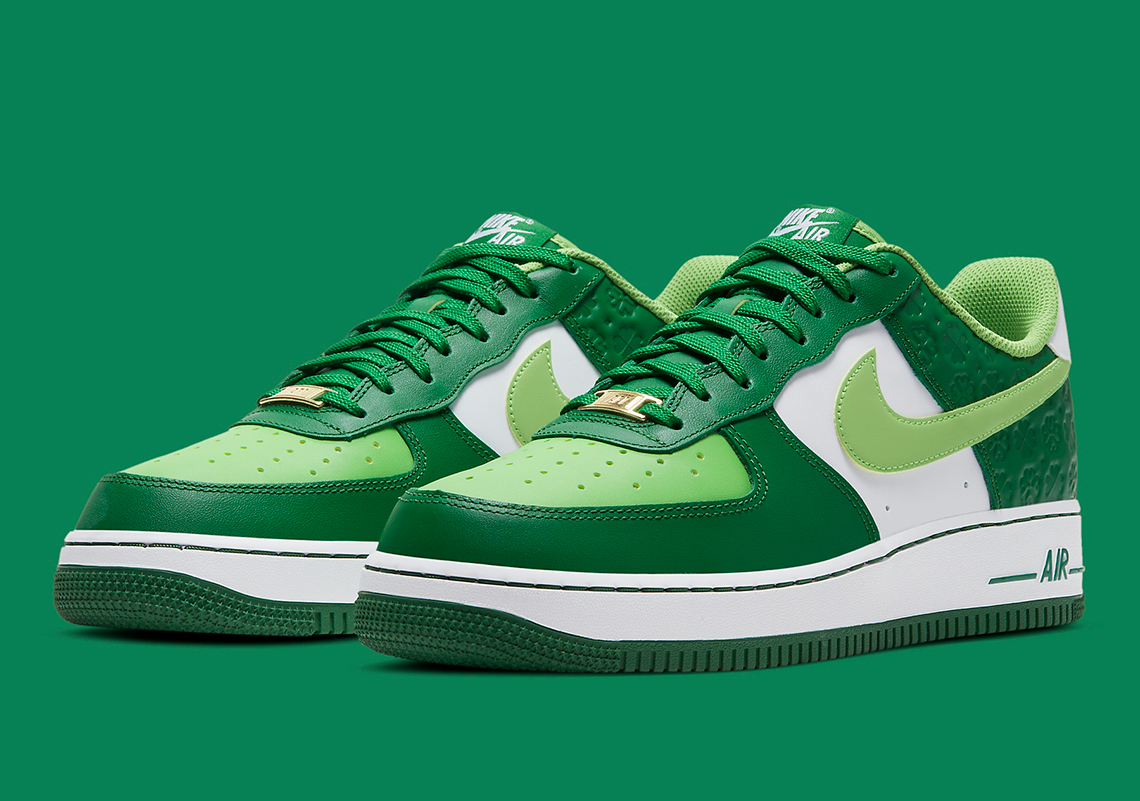 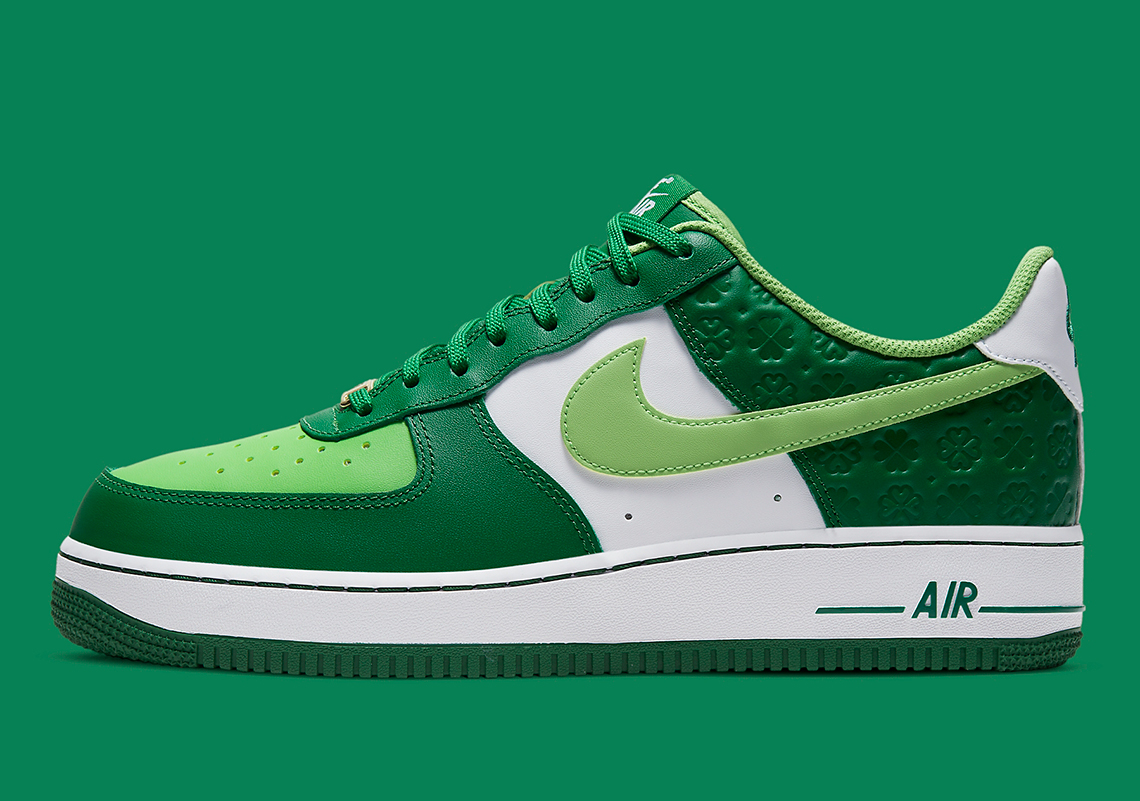 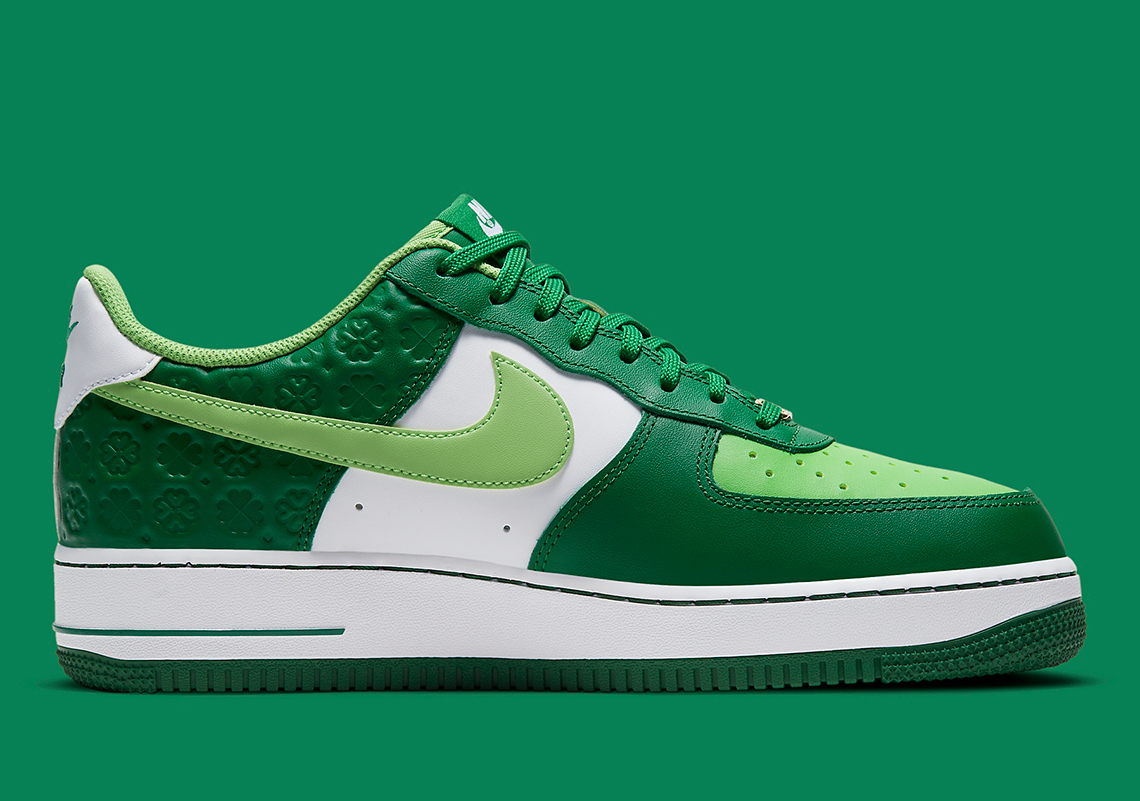 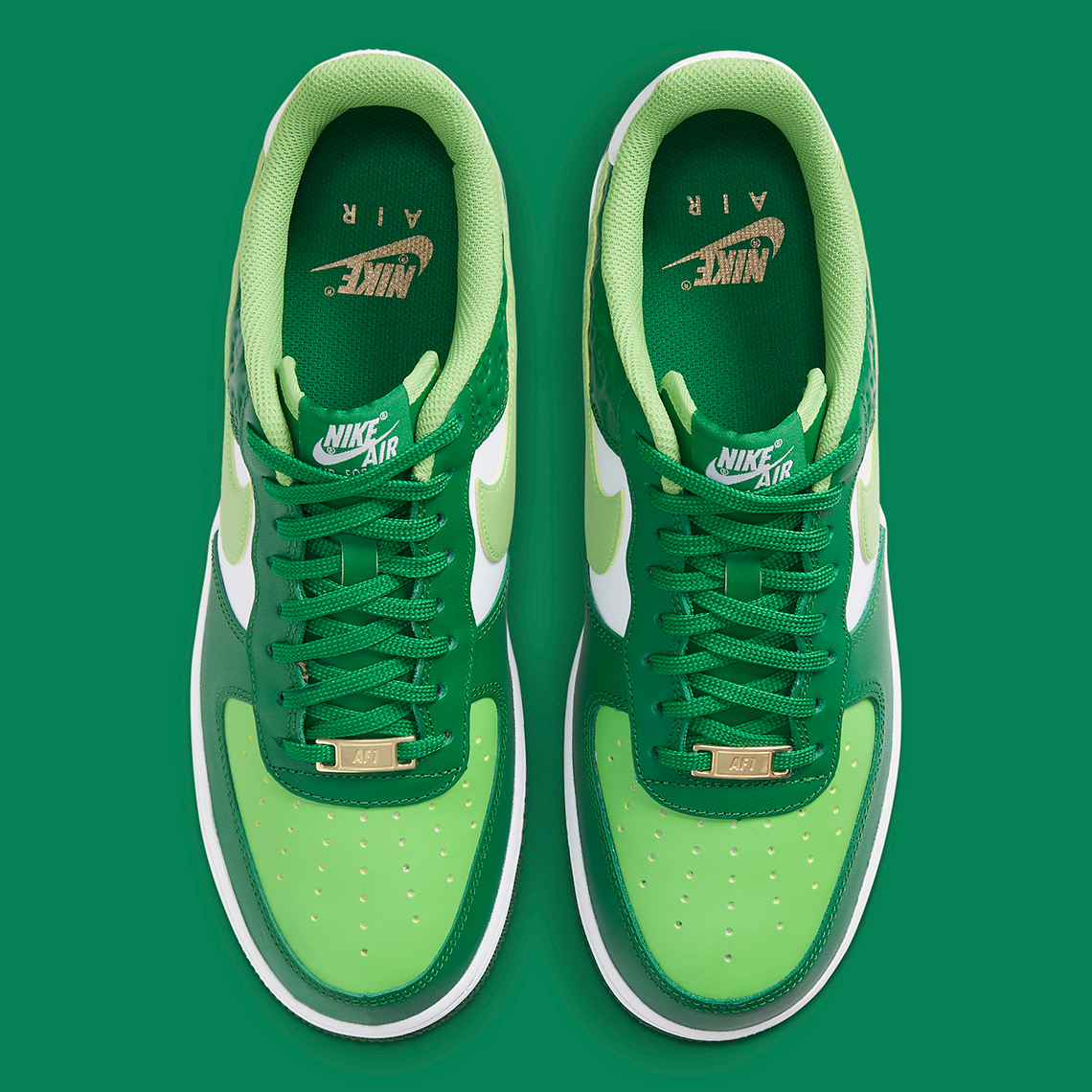 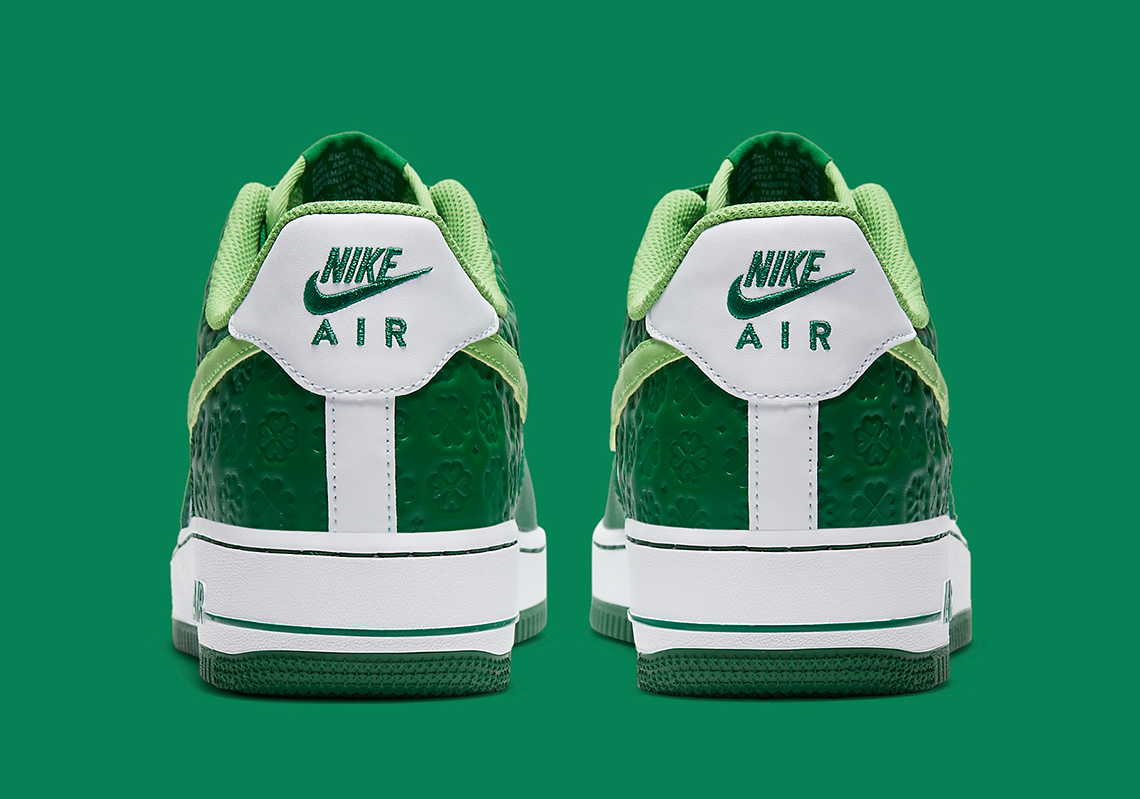 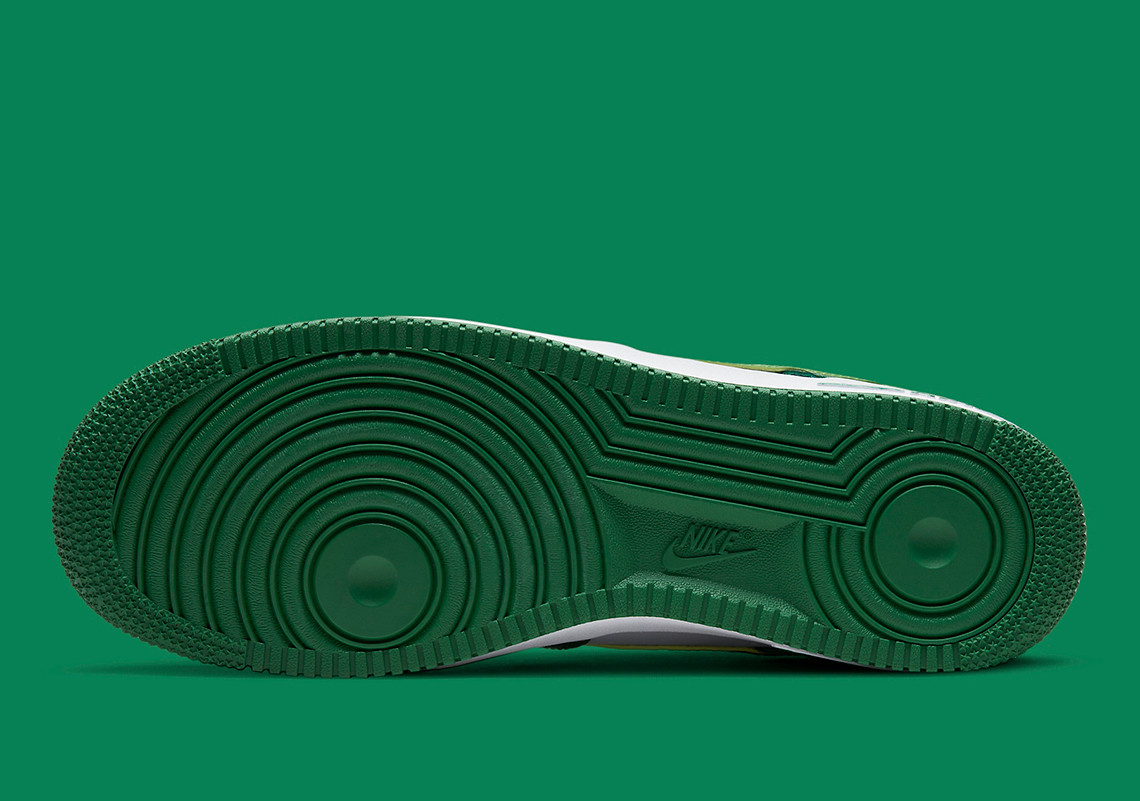 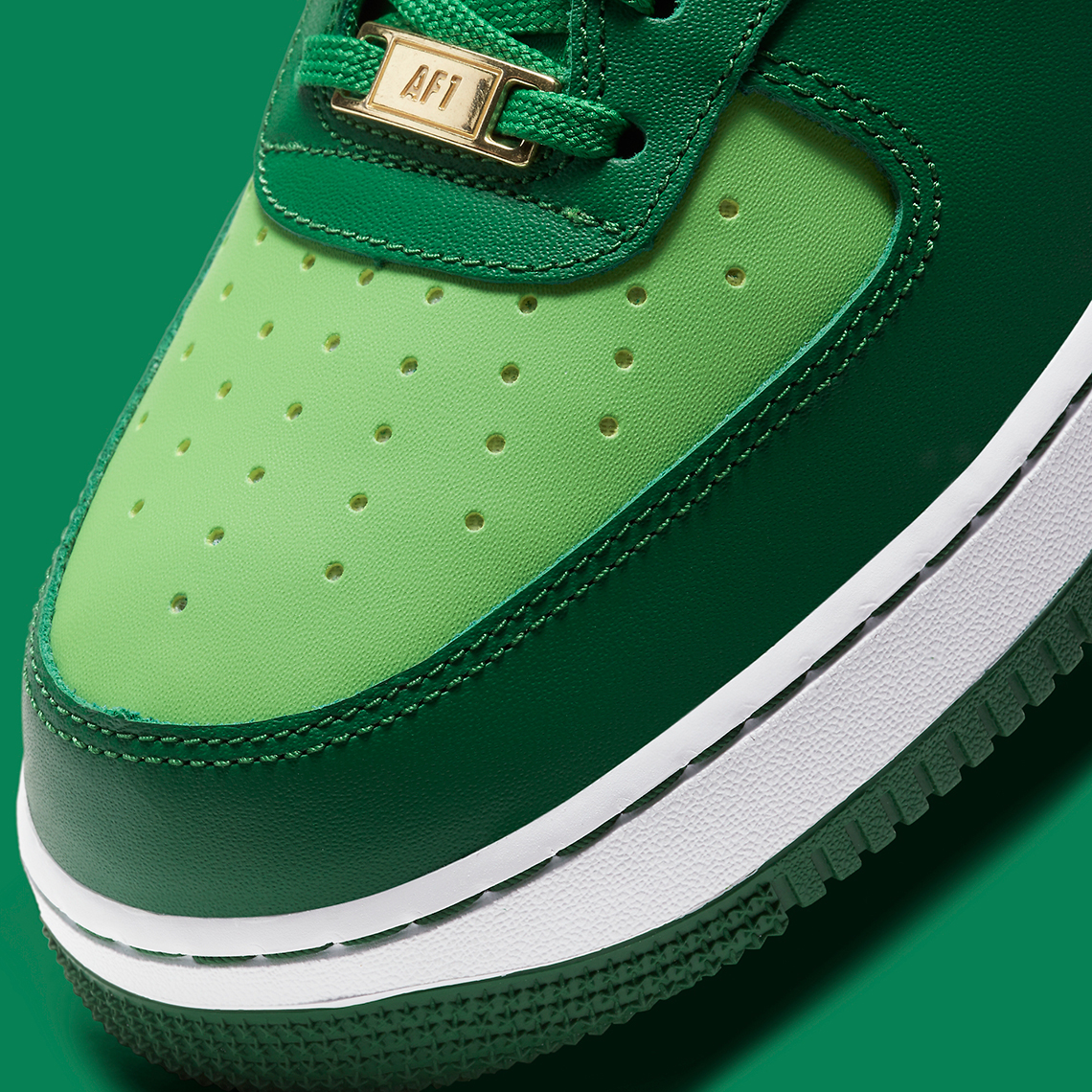 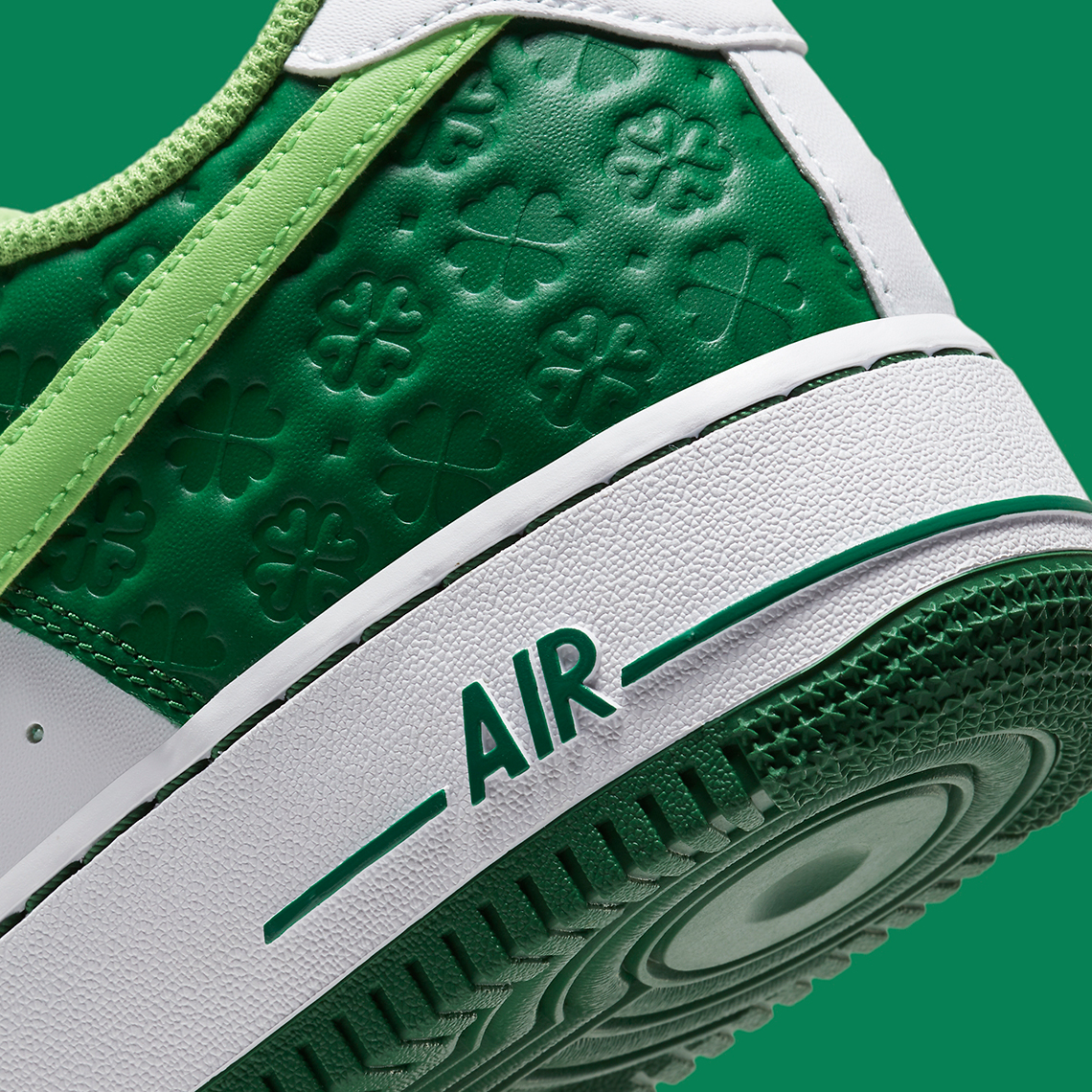