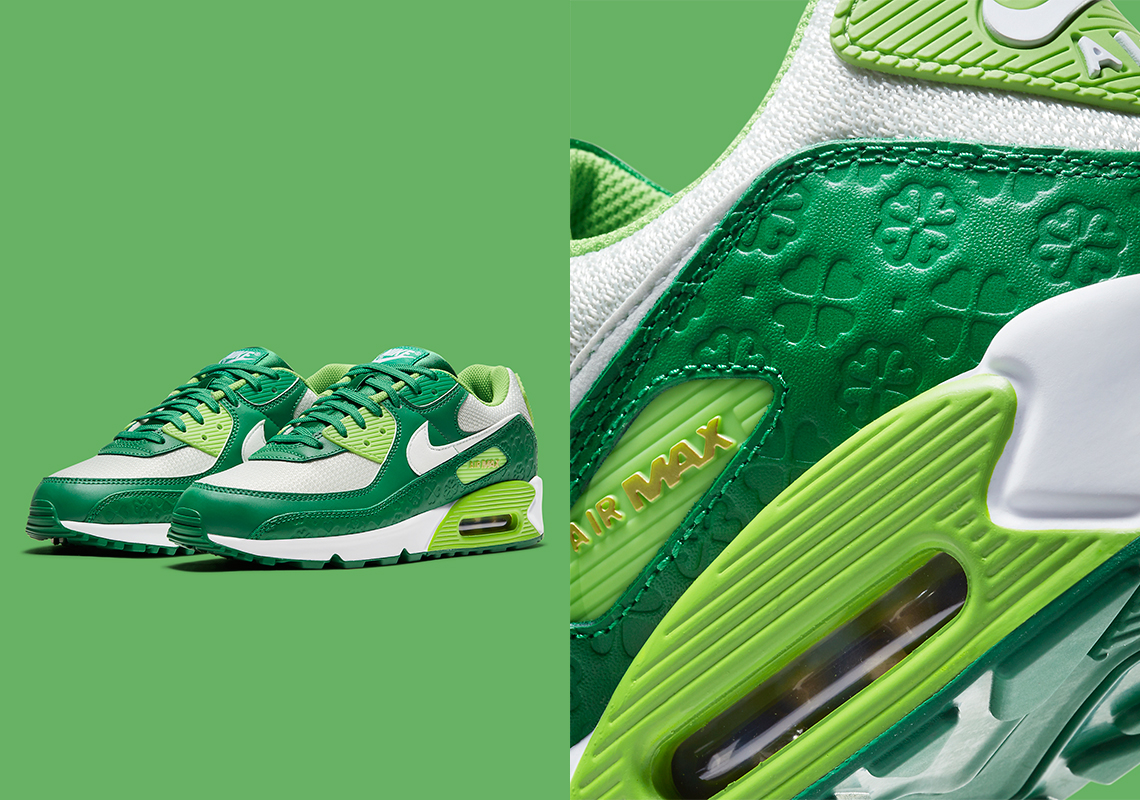 Nike rarely shies away from crafting holiday-themed footwear, and most of the time, the least abstract and most straightforward design concepts are the ones that please the crowd the best. Ahead of the March 17th St. Patrick’s Day holiday, we’re getting a look at the Nike Air Max 90 covered in a multi-green colorway, with classic white mesh spelling the colored overlays. Additionally, the traditional four-leaf clover is prominently featured on the mudguard as it is imprinted in various styles into the leather. Just a subtle hit of gold is seen on the Air Max lettering as well as the insole logo.

For these national holidays, it’s rarely just one shoe. We do know that at least an Air Force 1 in similar fashion is in the works, so it wouldn’t be far-fetched to assume other Sportswear regulars such as the Blazer Mid ’77, Air Max 95, and possibly even the Air Max 2090 could be included – if we’re lucky.

Official images are here, so take a look and expect a release for $140 likely in March. Got a soft sport for holiday-themed kicks? Check out the upcoming Air Force 1 Valentine’s Day. 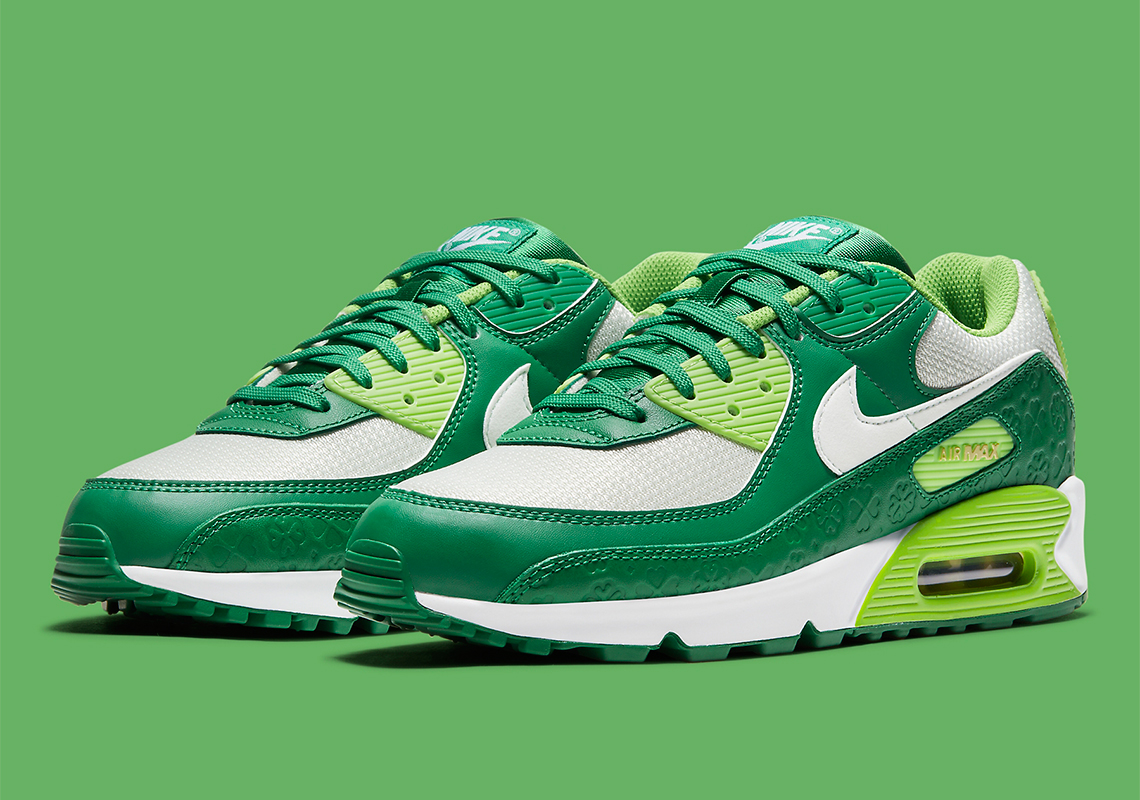 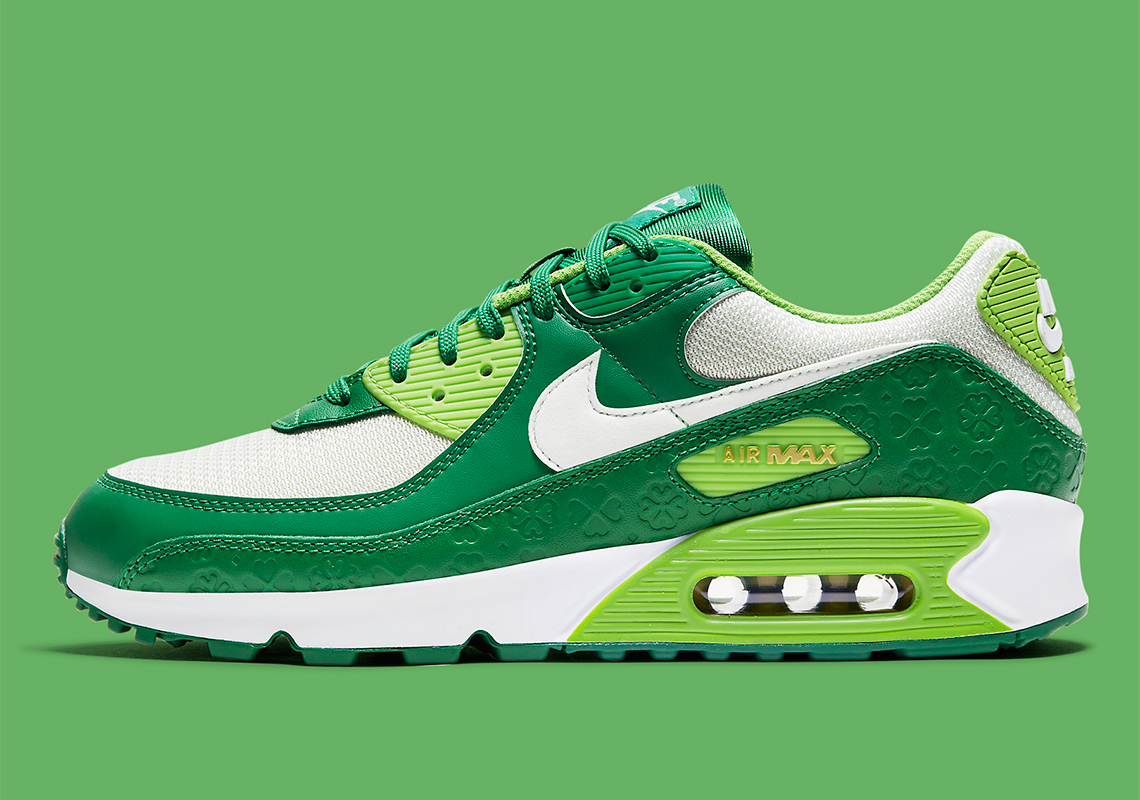 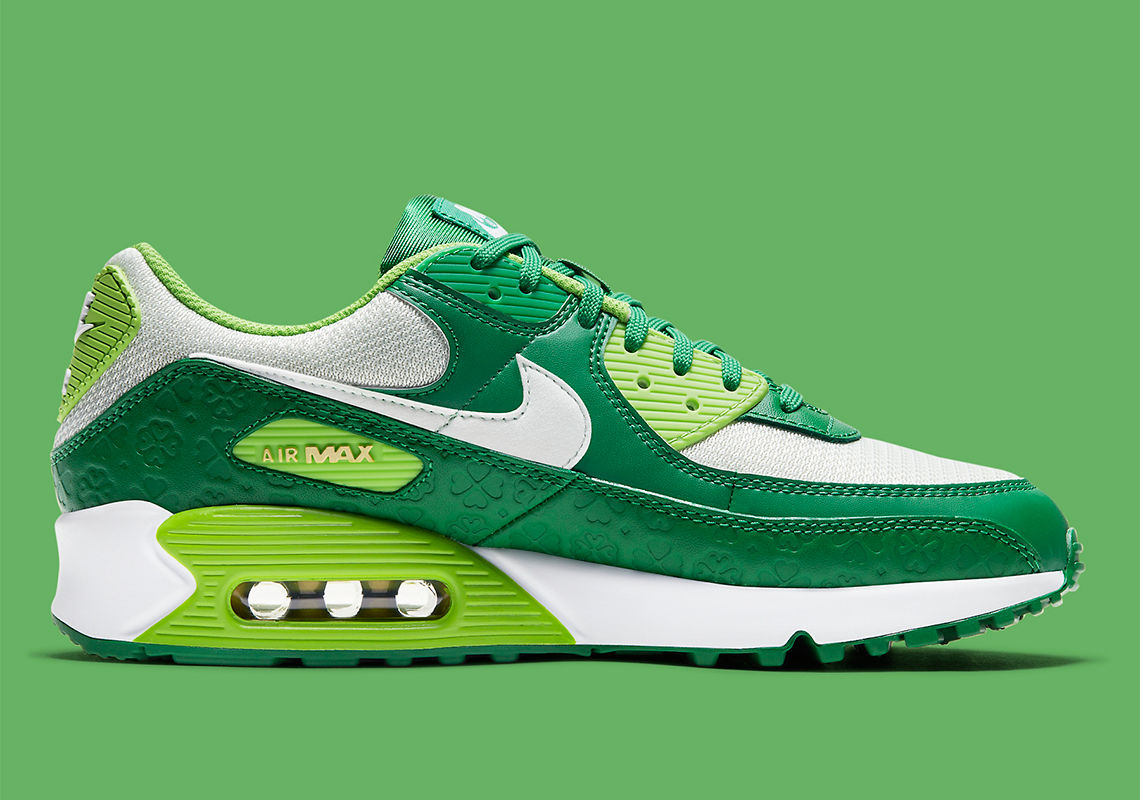 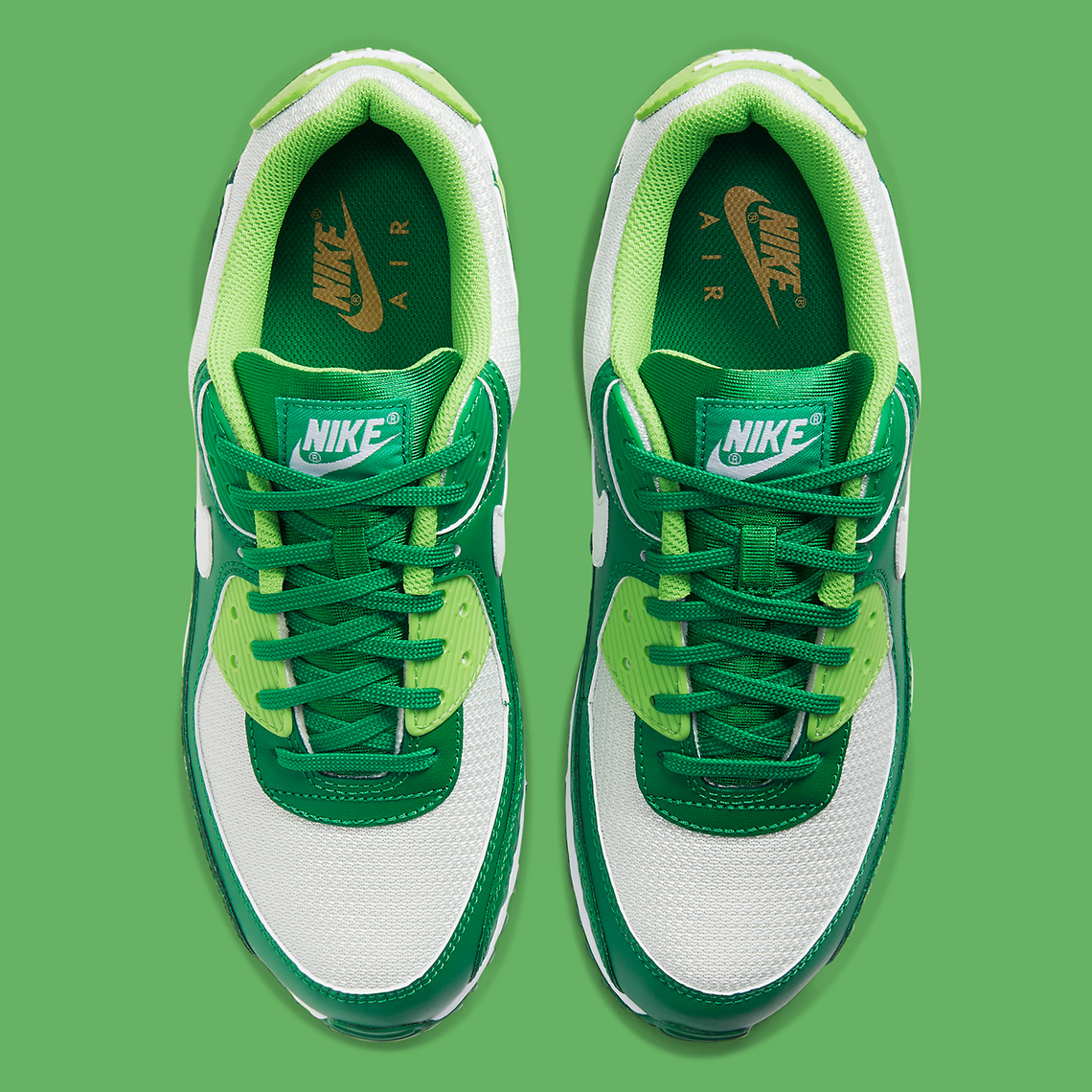 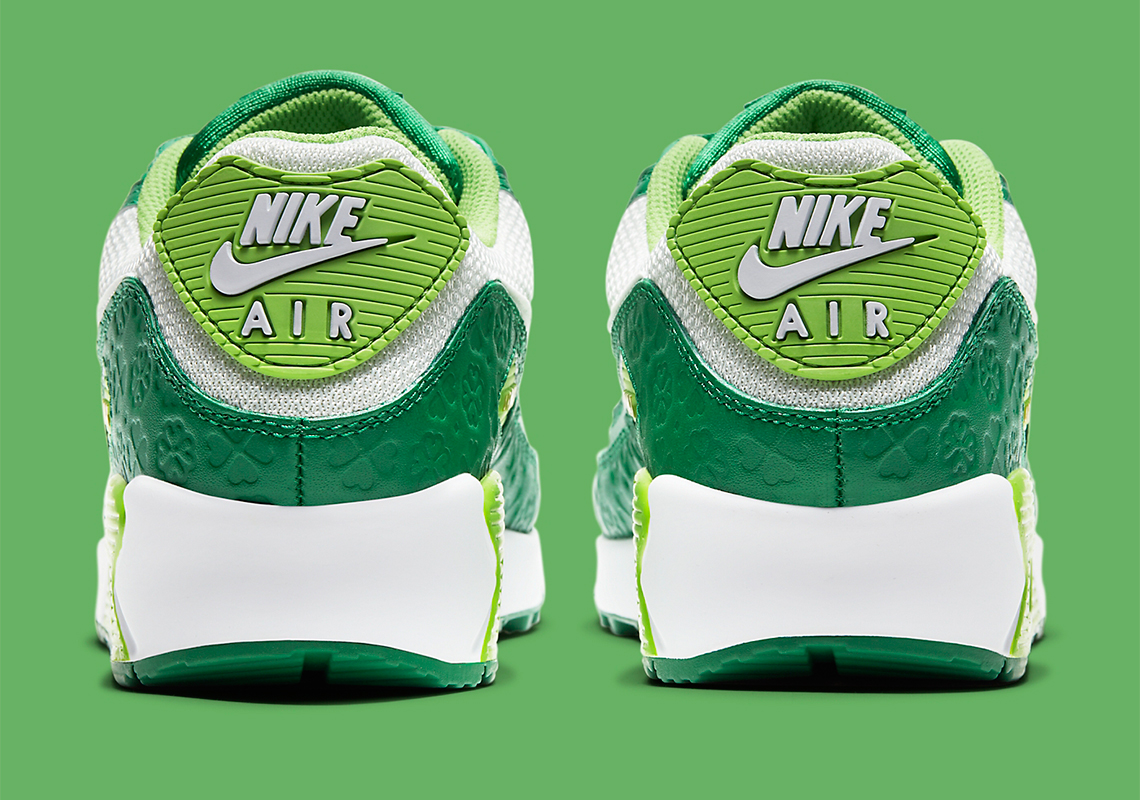 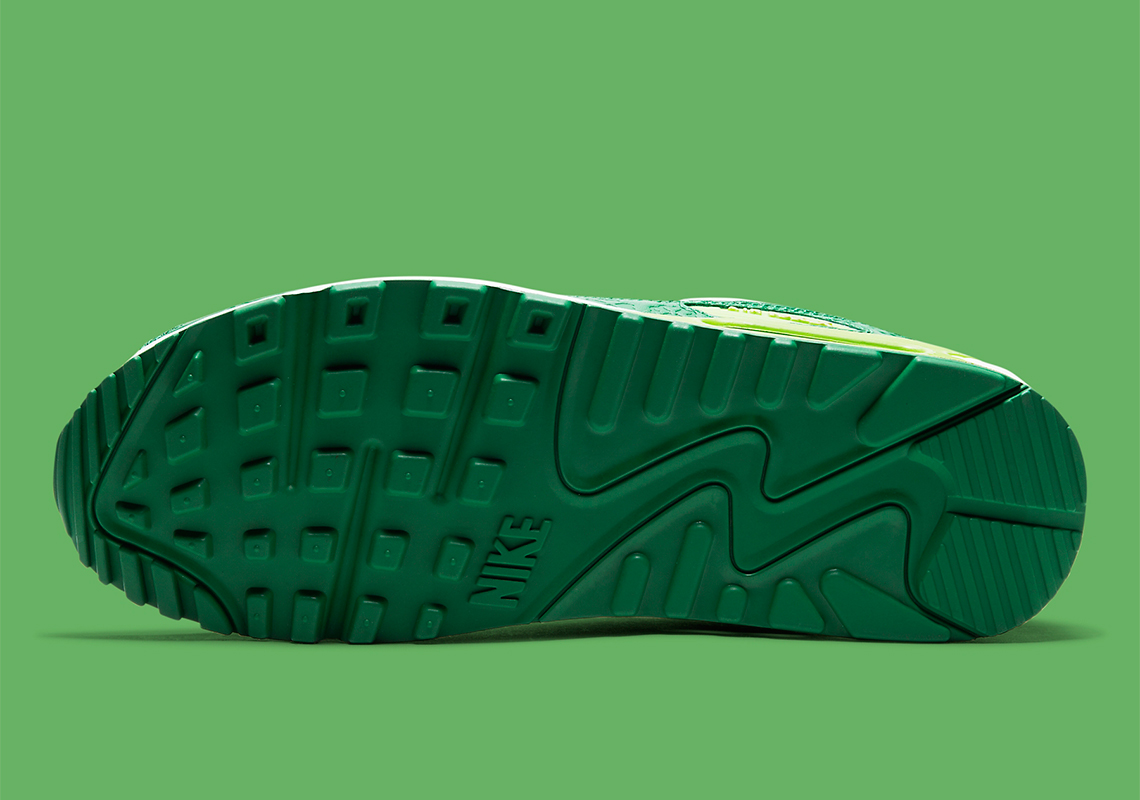 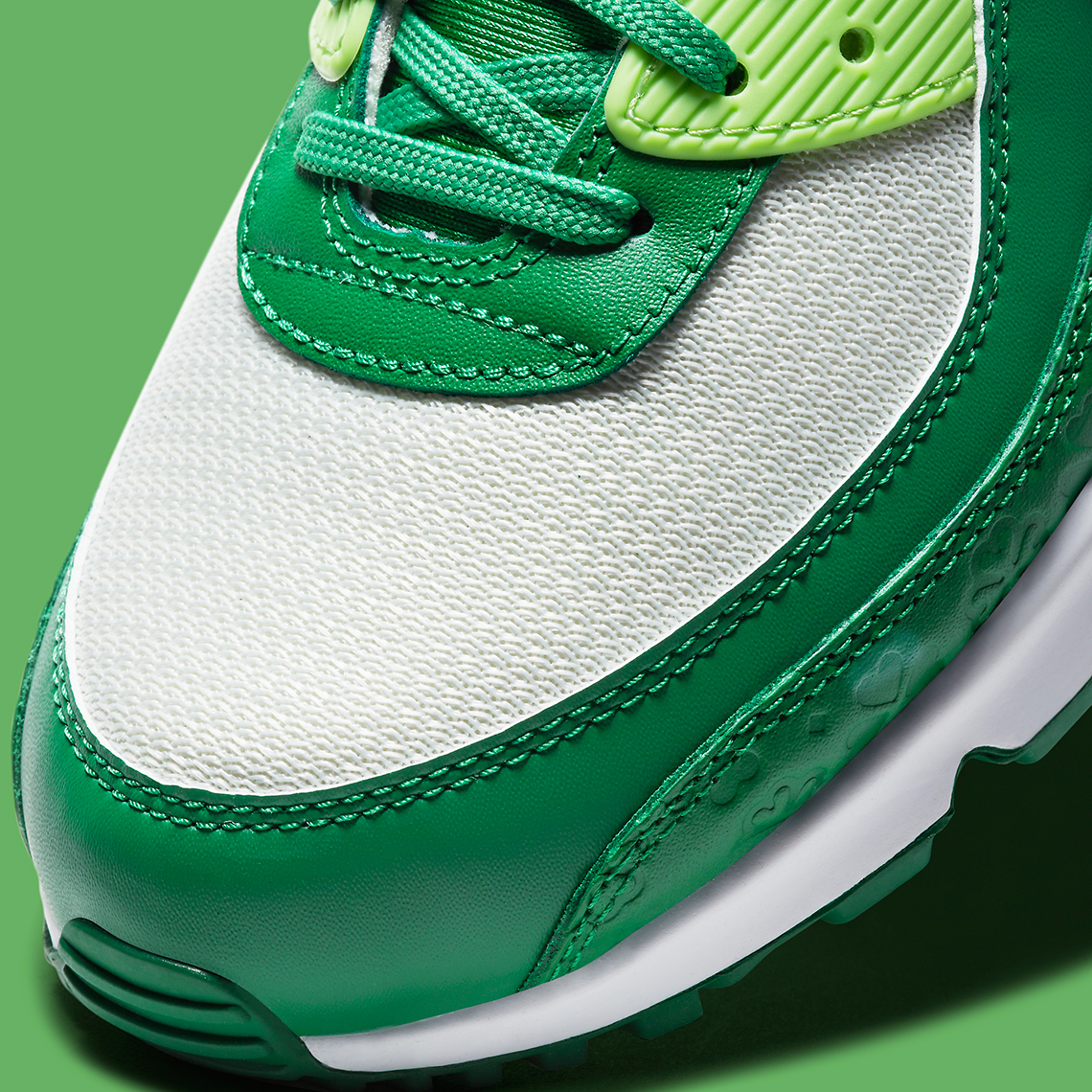 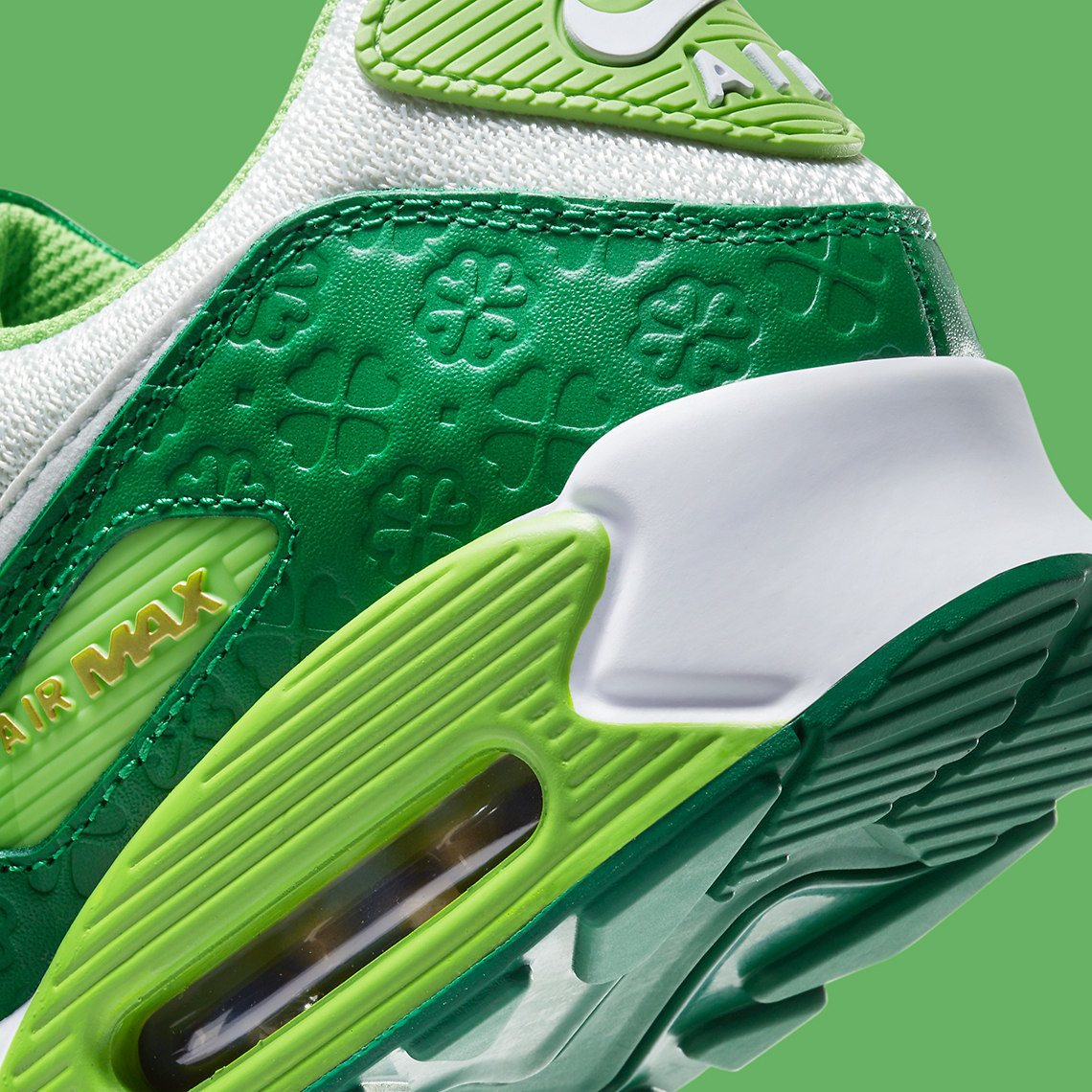