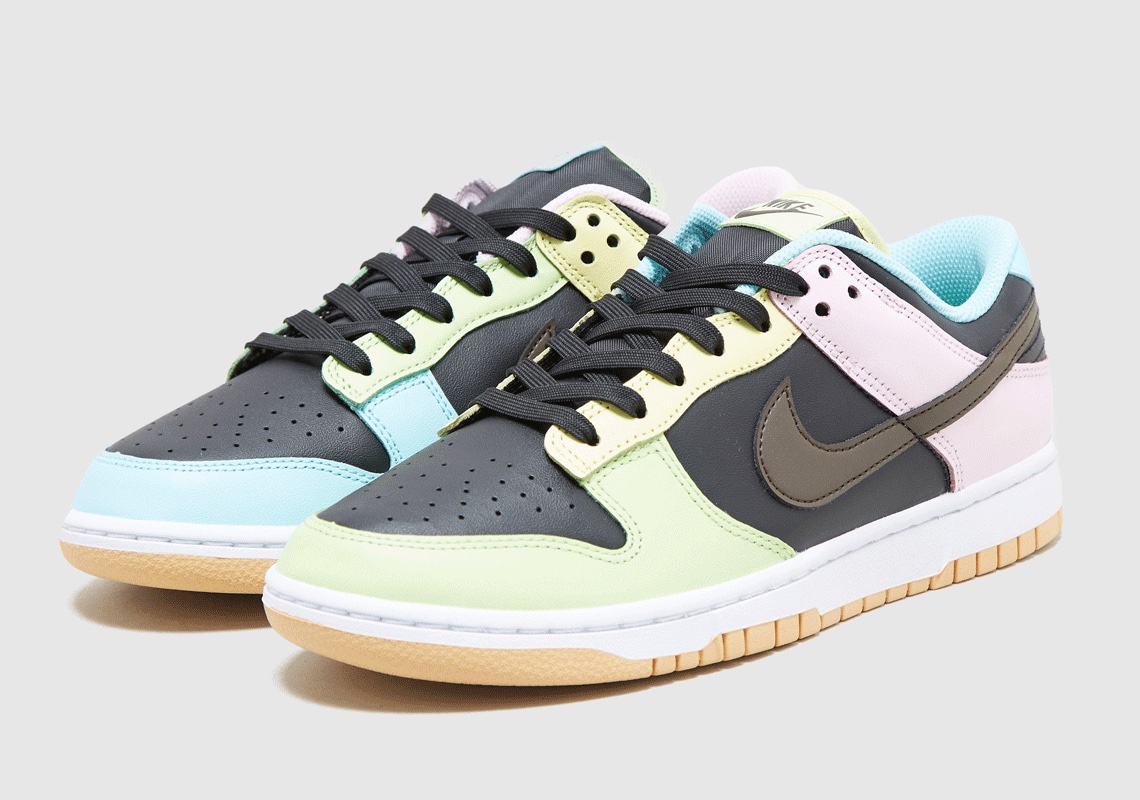 Best Look Yet At The Nike Dunk Low “FREE.99” In Black

Between the Swoosh’s mainline and Nike SB‘s output, it’s obvious the Nike Dunk Low isn’t returning to obscurity any time soon. One of the propositions that’ve surely secured attention for Peter Moore’s 36-year-old design has been the “FREE.99” theme, which has had its “Black/Dark Chocolate/Copa/Pink Foam” colorway recently emerged in new images.

Although similar multi-color styles have emerged on the similar Air Jordan 1 before, the forthcoming option varies its color-blocking between right and left shoes. “Black” sets the stage on both sneakers, but pastel shades of green, blue, yellow and pink swap places between the two. Profile swooshes and branding on the tongue introduce some uniformity to the Dunks given their “Dark Chocolate” makeup; sole units do the same as they boast a white and light gum brown combination. Lastly, sock-liners feature price-tag graphics in an array of hues that mark the shoes as costing “FREE.99”.

Official Nike SNKRS release details are still unknown for this, and other colorways, of the upcoming collection, but that’s likely to change as summer inches closer. In the meantime, enjoy images of the shoes here below.

Elsewhere under the NIKE, Inc. umbrella, the Air Jordan 13 “Red Flint” is set to arrive for the whole family on May 1st. 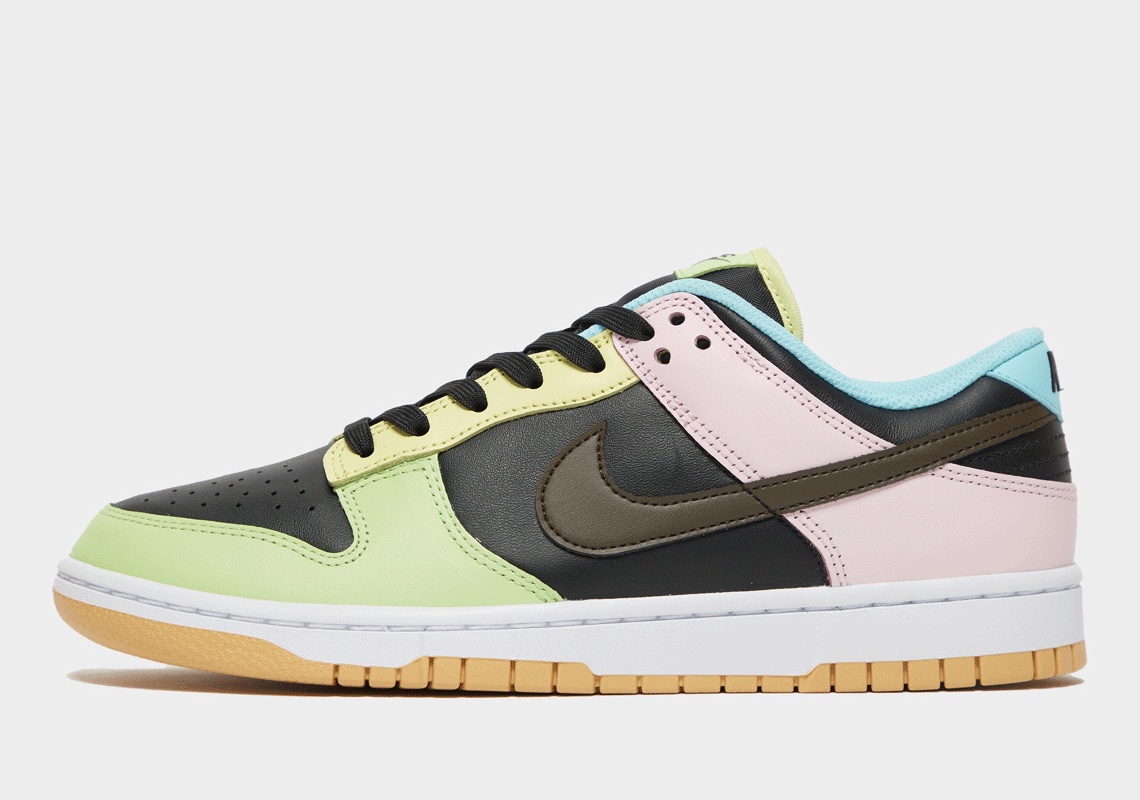 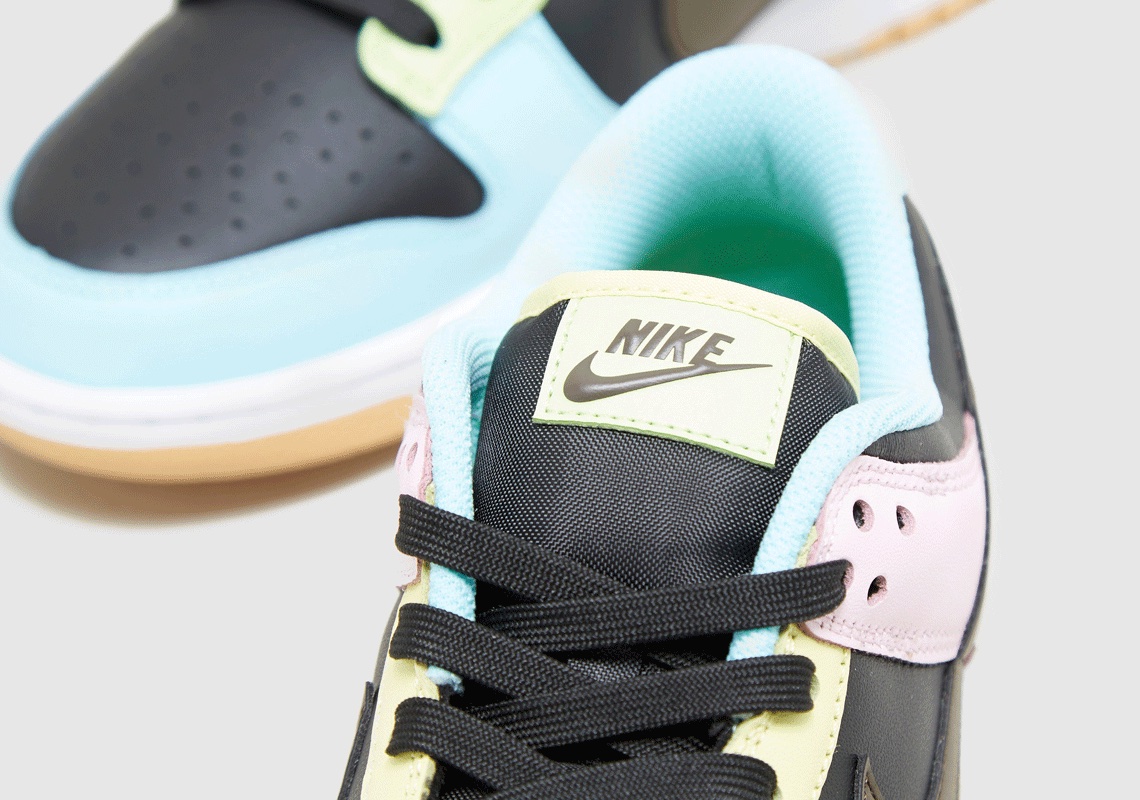 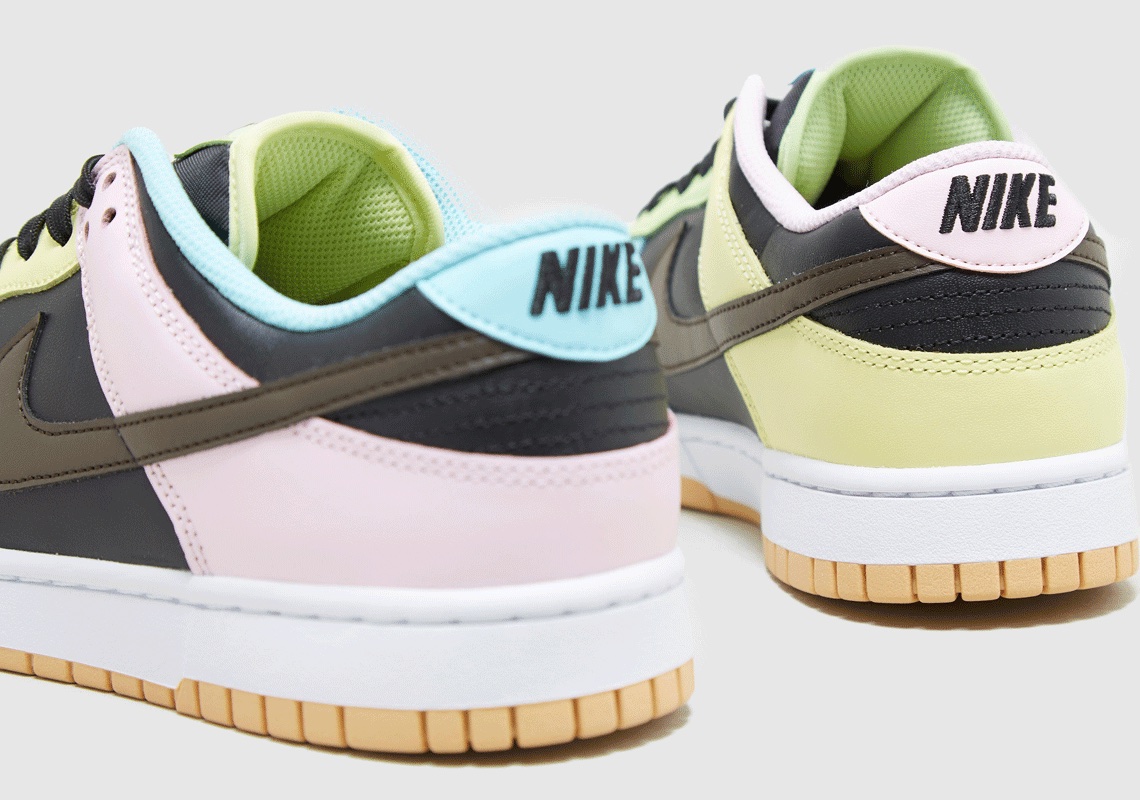