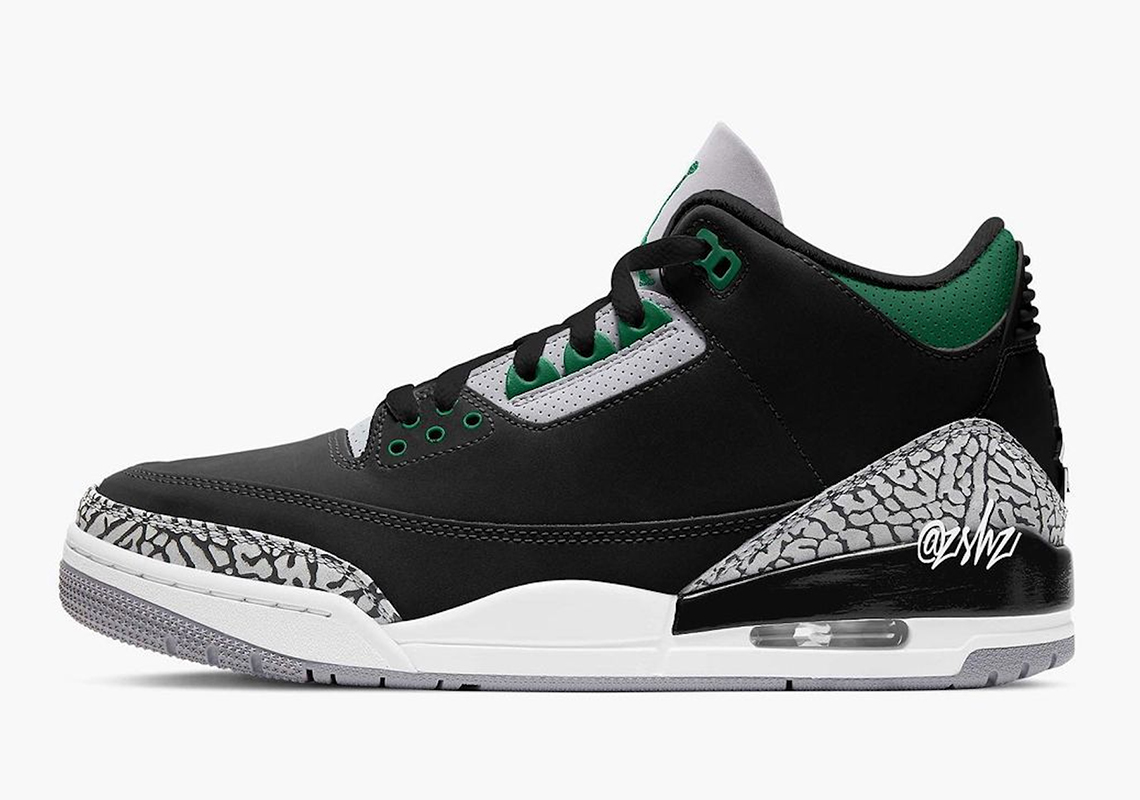 The Air Jordan 3 has conjured quite the notable round of colorways this year alone. And following the release of the beloved “Cool Grey,” we’re not only soon to see the “Midnight Navy” and “Rust Pink” but also the newly confirmed “Pine Green.”

As rumored, the latter will proffer the OG-style color blocking, with the iconic cement print clad atop the toe and heel. Elsewhere, the rest of the upper dresses black as per usual, though just with a premium suede as its backing. What’s more, the changes to the formula continue atop the accents as the titular “Pine Green” are found at the eye stays, eyelets, collar, and the Jumpman embroidered atop the tongue.

Expected to release during the Holiday 2021 season, the pair should hit Nike.com and select retailers on a global scale.