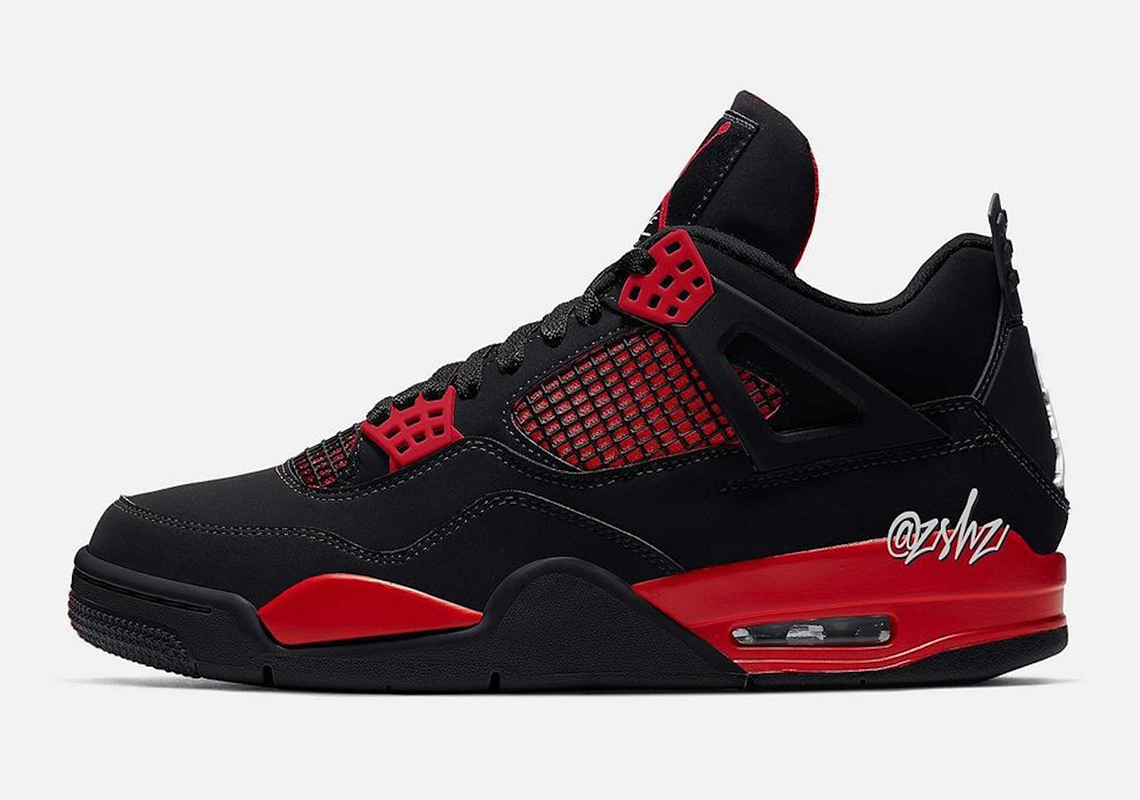 Similar to the Patent Jordan 1 Banned announced earlier this morning, this upcoming Air Jordan 4 tweaks the classics by a very slight though noticeable margin.

Using the iconic “Thunder” colorway as its framework, the pair adds on touches of red to replace the yellow that makes the aforementioned what it is. Though some had hoped these would be some sort of “Bred” recreation or an Off-White collab, it’s been confirmed to be exactly as pictured above. Hits of red will visually steer the helm, dressing up the underlying layers, the eye stays, the midsole, and the Jumpman branding stitched onto the tongue. Elsewhere, all of the panels are made neutral for the most part, blacked out at the toe, the profile, and even the counter.

For a look at what to expect, refer to the mock-up right above. A release is currently slated to land Holiday 2021.

In other news, the Air Jordan 1 University Blue is finally coming up this week.

UPDATE 3/1/2021:
According to sneaker insiders, this Air Jordan 4 is releasing on October 2nd of this year